The Omega Michael Phelps: A tribute to the Famed Olympian

Many people are aware that American swimming legend Michael Phelps is a phenomenal athlete. But did you know that he is actually the most decorated Olympian of all time? Phelps has captured a total of 28 Olympic medals in his illustrious career, 23, of which, are gold. An achievement which obviously deserves a special edition Omega. The famed Swiss watch brand has it covered in the form of the new Seamaster Planet Ocean “Michael Phelps”. 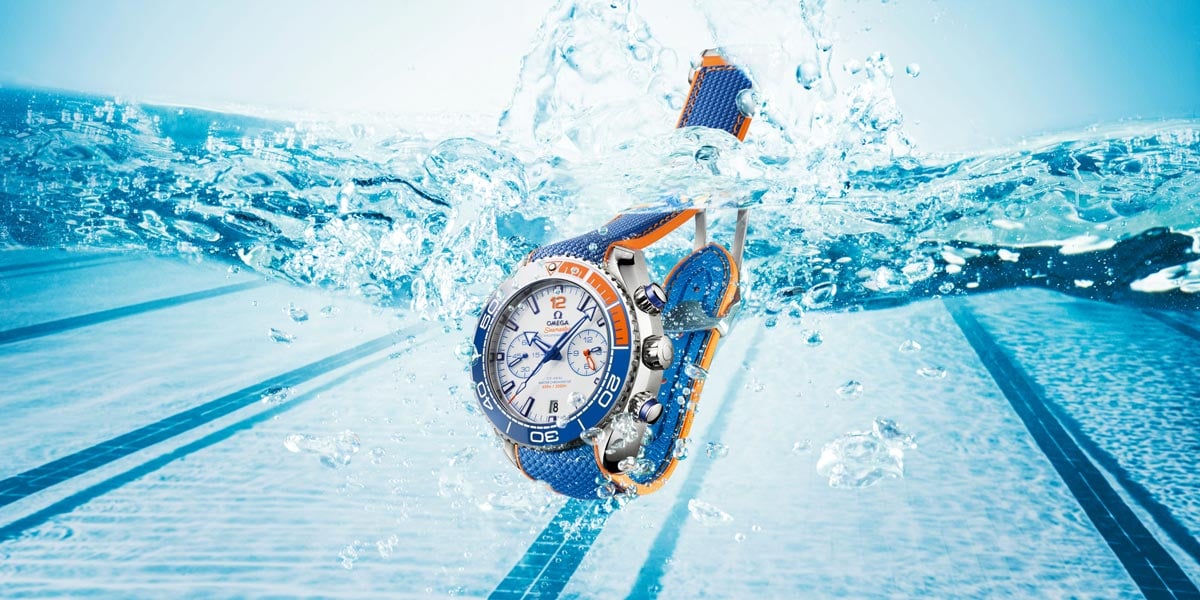 The new ocean blue timepiece is very natty looking with bright orange highlights, and suits Phelps’ style to a tee – sporty and cool. The 45.5 mm steel cased watch features a unique ceramic and rubber uni-directional bezel. Polished blue-tinted ceramic lends into bright orange rubber for the first 15 minutes, crucial in timing olympic events. The Planet Ocean collection of Seamsters are Omega’s most sports-minded models. Daniel Craig as James Bond wore one in 2006’s Casino Royale, considered by many to be the best Bond film of the modern era, and he sported others in Quantum of Solace and Skyfall. 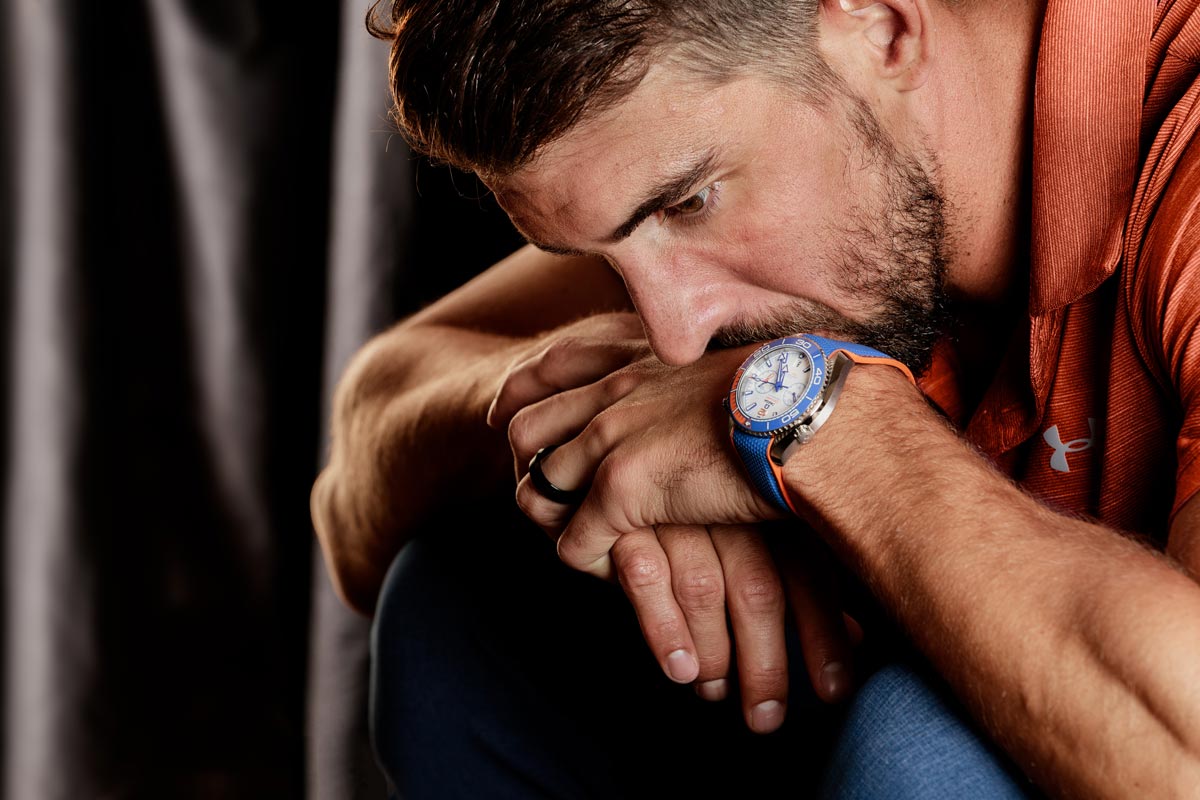 This decorated Olympian has a watch dedicated to him by Omega. (Credit: Omega)

The Planet Ocean is designed for divers, and the diving scale, as well as the dot at 12 o’clock, is finished with Super-LumiNova which presents with a slight greenish glow, while the lume on the minute scale is calibrated to glow blue to counteract confusion under water. The dial is finished in white ceramic with blued indexes and an Arabic numeral 12 in orange, complimenting the bezel. Hour, seconds and counter hands are also blued and feature a blue treatment to match the indexes, while the minute hands are tinted green aligning with the dot at 12 o’clock. The casebook features a wave pattern and is engraved with “PLANET OCEAN”, “600 m / 2000 ft”, “LIMITED EDITION” and the serial number as well as a “Michael Phelps” logo surrounding the sapphire crystal exhibition window. This allows a look at the Omega Co-Axial Master Chronometer Calibre 9900, one of the watchmaker’s most beautiful movements, designed and produced in-house. 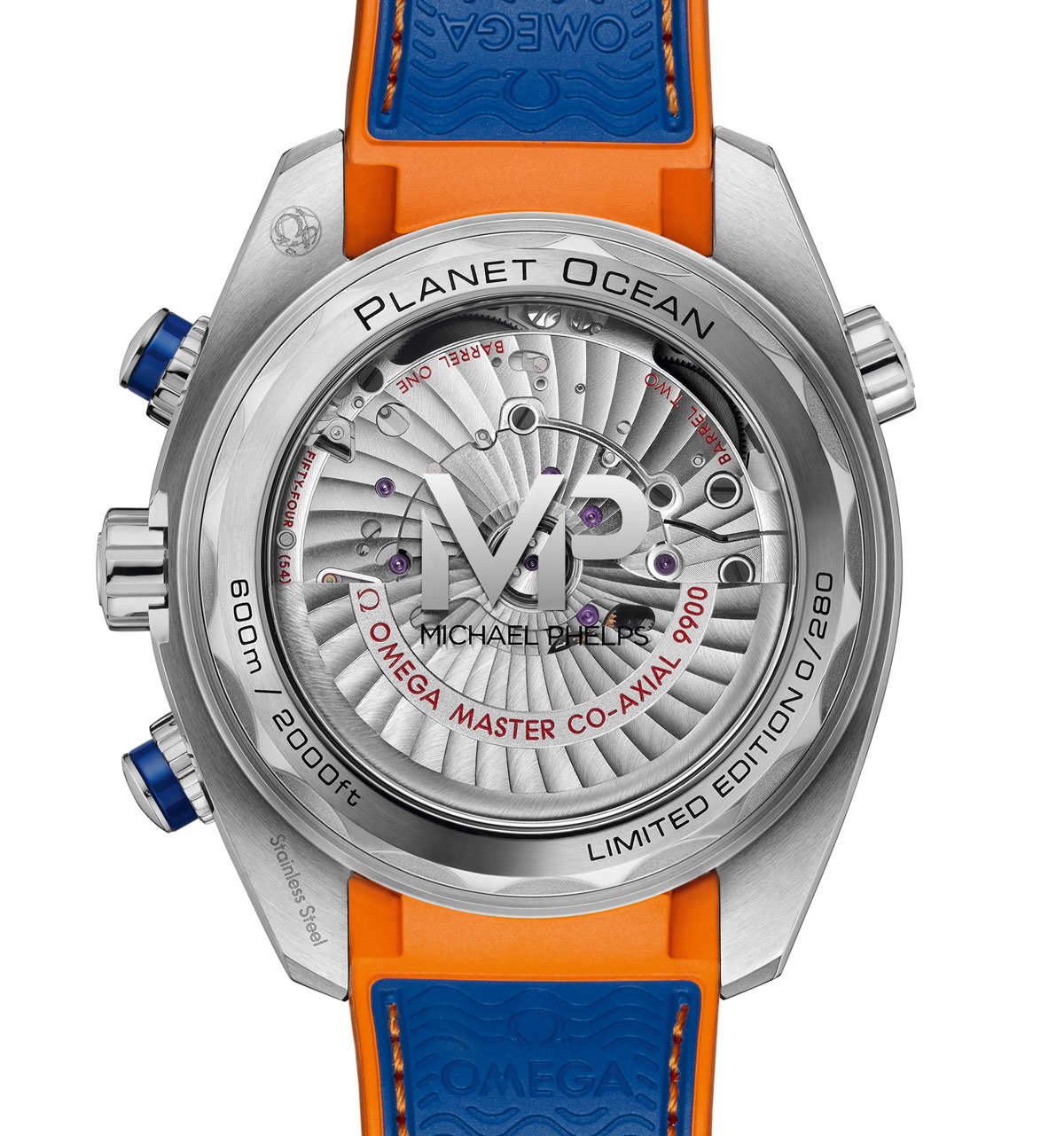 Here is the case back of the Omega Michael Phelps. (Credit: Omega)

The unique timepiece, which features a helium escape valve, comes on a blue rubber strap with a blue and orange lining and orange contrast stitching. The domed scratch-resistant sapphire crystal features an anti-reflective treatment on both sides. The Seamaster Planet Ocean “Michael Phelps” edition is limited to only 280 pieces, honoring Phelps’ lifetime medal count. Omega calls him “the greatest athlete in the history of aquatic sport” and we’d have to agree. Phelps has been a “friend” of Omega since 2004, is a longtime Seamaster wearer and has been the guest of honor at several Omega events. Not quite a brand ambassador but the association is definitely highly beneficial for Omaga, to say the least. So we’d consider that unique among some limited edition tribute watches this is one that the honoree will certainly wear and use. Phelps fans or serious aquatic sportsmen in their own right will want to reserve one for themselves. 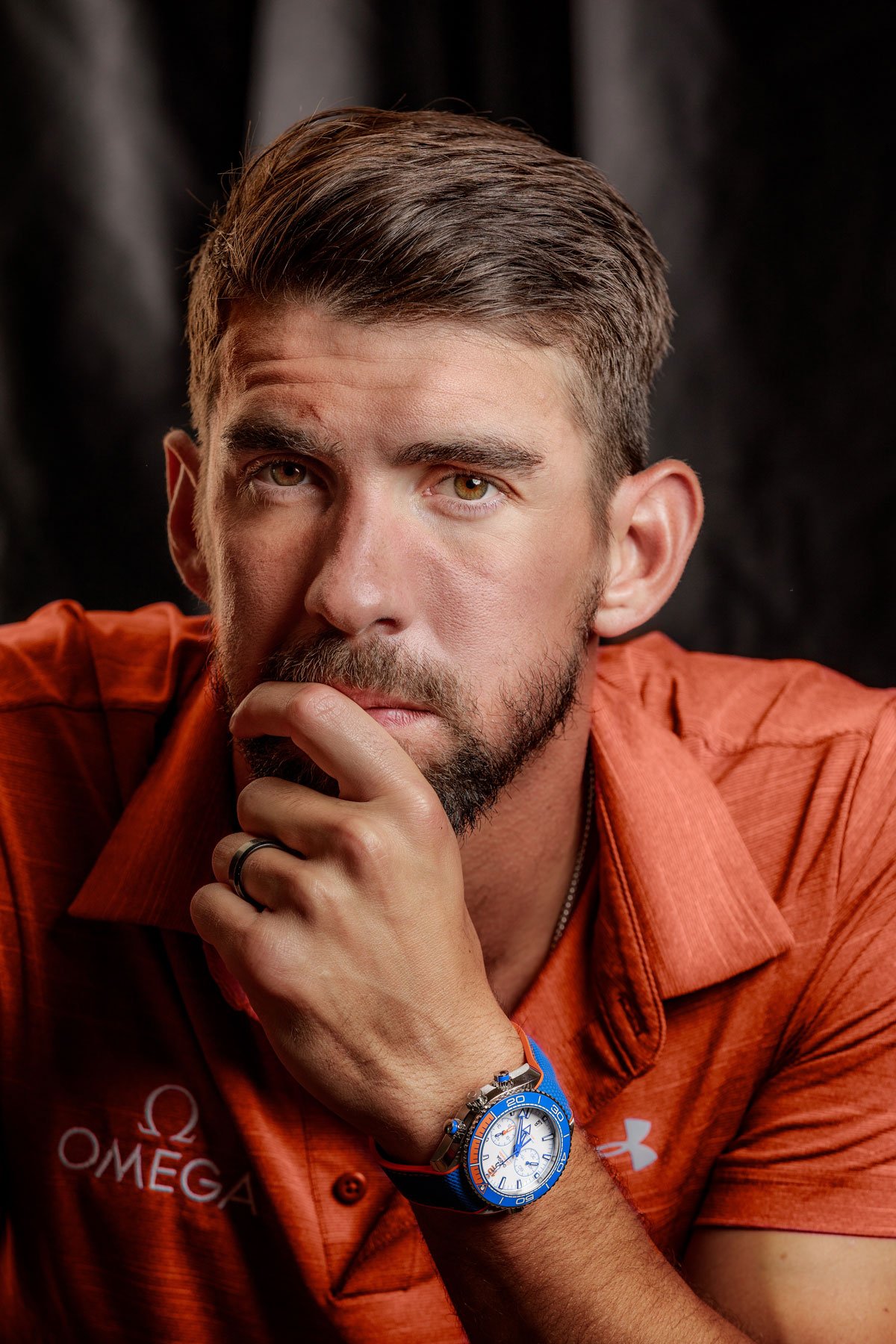 The Omega Michael Phelps will be limited to only 280 pieces. (Credit: Omega)