This year marks the 50th anniversary of the first manned moon landing. The event is one of the most important moments in the history of the world – and also for watchmaking, as the Omega Speedmaster strapped to Buzz Aldrin’s wrist became the first watch worn on the moon. To commemorate the event that helped make their brand an icon, Omega is launching another stratospheric timepiece, the Omega Speedmaster Apollo 11 50th Anniversary Limited Edition. 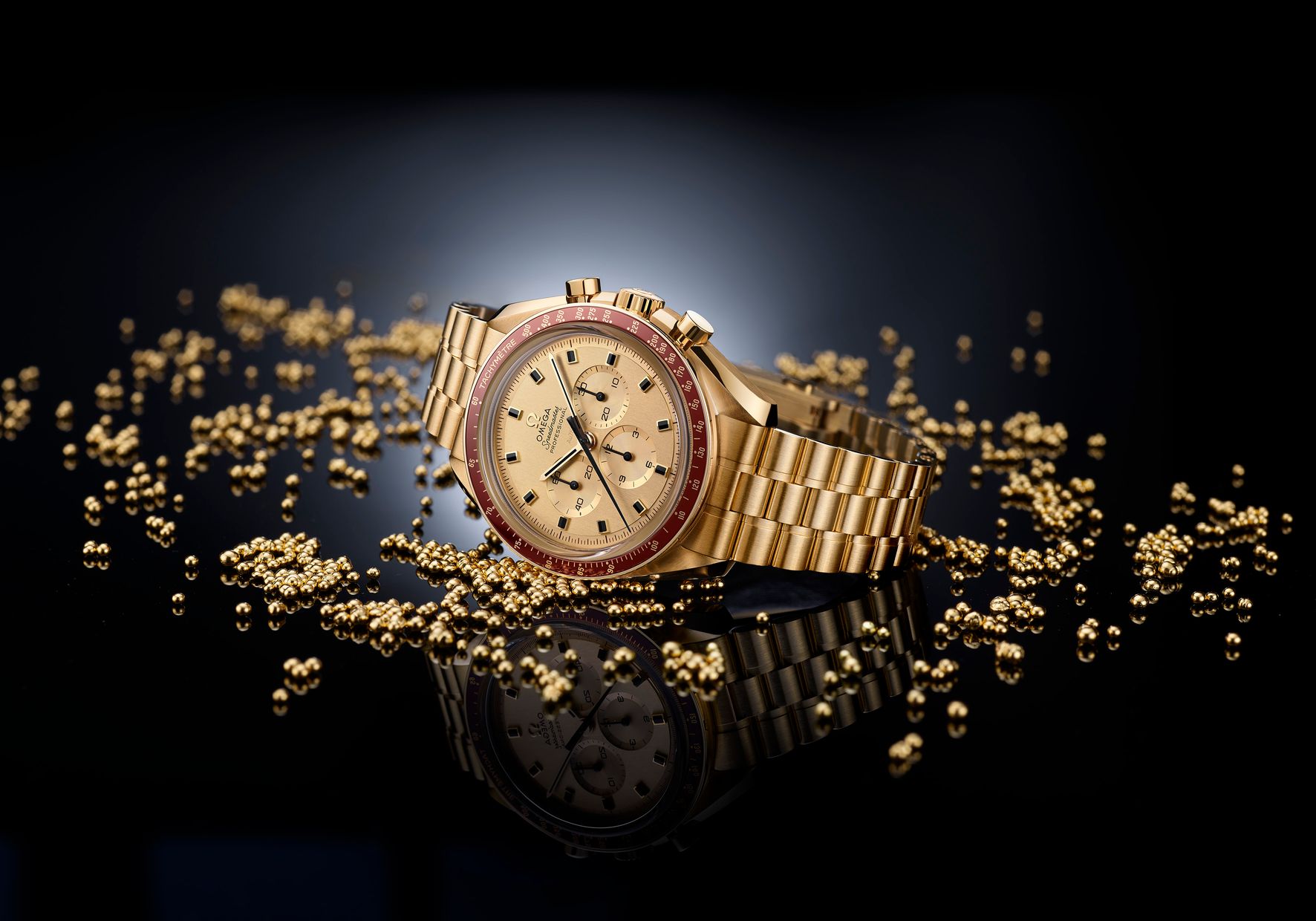 A History of Professional Use

Omega notes that the journey to becoming the first watch on the moon began with the Speedmaster’s original debut in 1957. Although it was initially designed for the automotive racing world, the Speedmaster was soon adopted by ace pilots in the U.S. Air Force, some of whom later became astronauts.

Although the Speedmaster Professional did not receive official NASA certification for use during manned space missions until 1965, the watch was actually worn in orbit much earlier. in 1963 astronaut Walter Schirra took his personal Speedmaster CK2998 on the Mercury-Atlas 8 mission, which orbited the Earth eight times, making it one of the most important watches in the world. 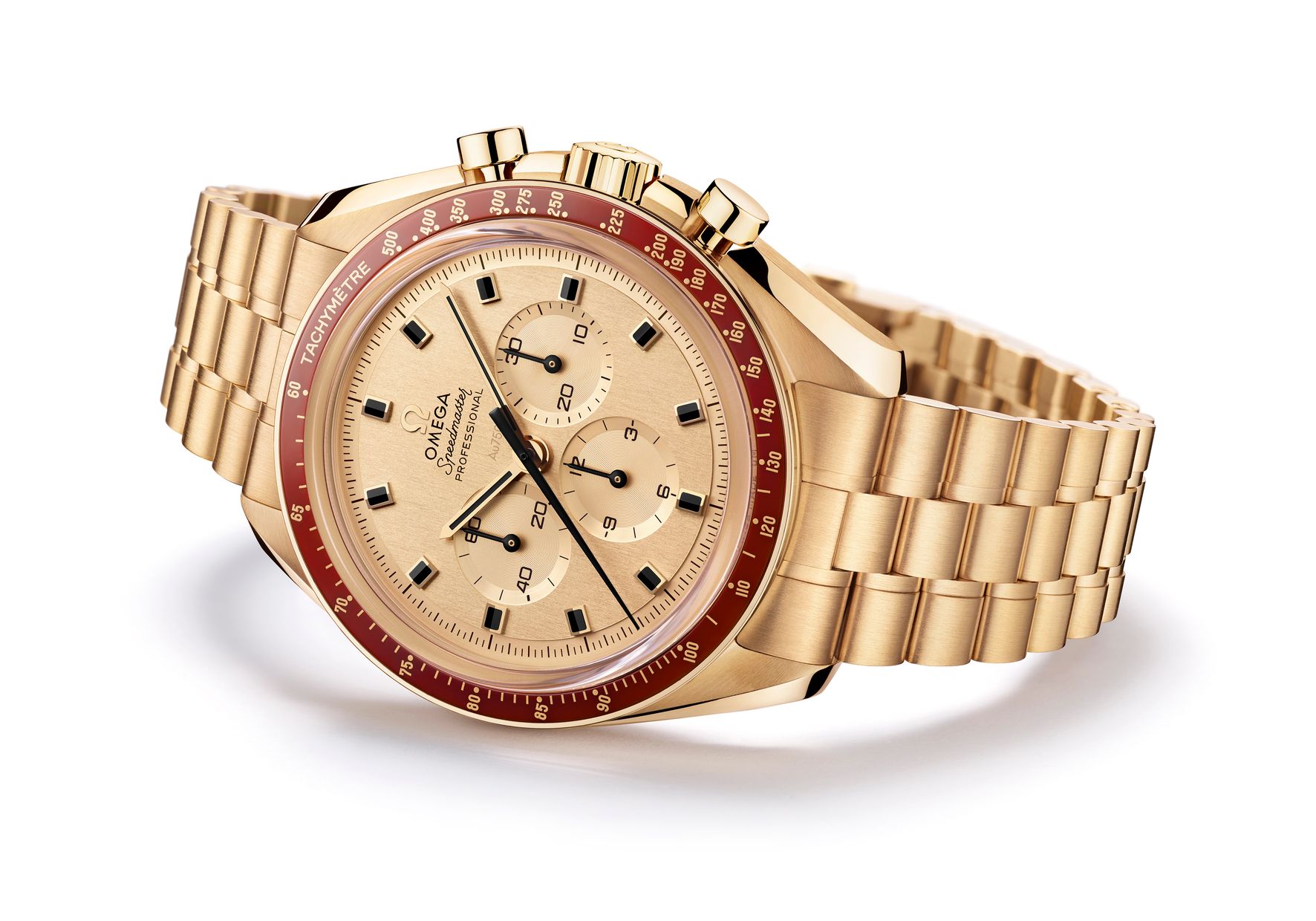 Limited to just 1,014 pieces and priced at CHF 32,000 (or about $32,000), the watch is crafted from an exclusive new 18K gold alloy, and is powered by Omega’s manual-winding Master Chronometer Caliber 3861 movement. It is a faithful if somewhat flashy tribute to the original Apollo 11 edition moonwatch, and one that well-heeled Omega collectors are sure to covet.

The 42mm case, bracelet, dial, hour-markers, and hour./minute hands of the 50th Anniversary Speedmaster are all craft from what Omega is calling Moonshine Gold, a “unique new alloy whose color is inspired by the shining moonlight in a dark blue sky.” Described as a “paler hue” than traditional 18K yellow gold, Omega says it “offers high resistance to the fading of color and lustre over time.” The watch features the asymmetrical case-band of the 4th generation Speedmaster, as well as a burgundy bezel ring in homage to the 1969 Speedy – this time finished in ceramic with a tachymeter scale in Ceragold, Omega’s unique blend of ceramic and gold. 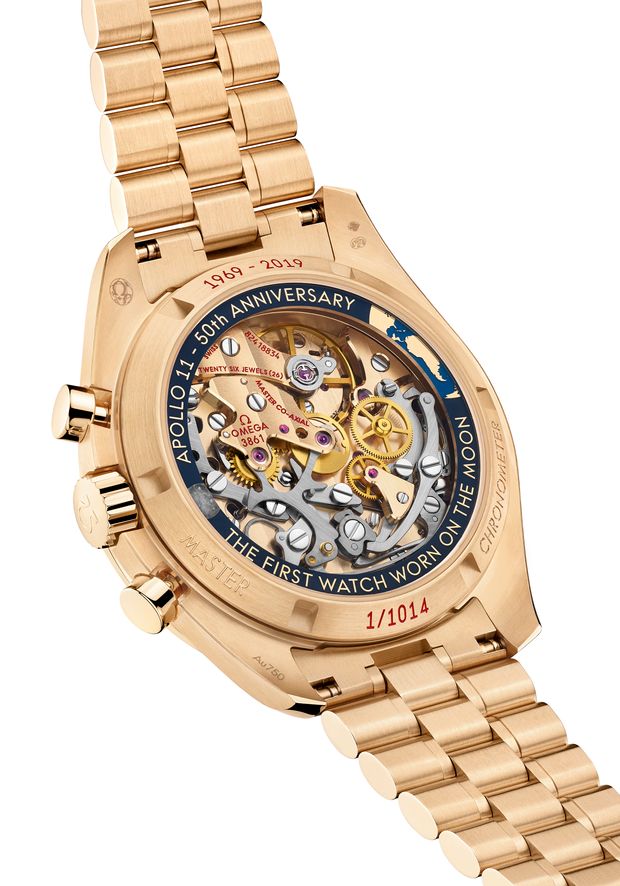 While it is similar to the movement found inside the current moonwatch, the cal. 3861 adds a couple of important key features (Image: Omega).

The vertically-brushed step dial is marked “Au750” for the use of solid gold, and features faceted black onyx indexes set in polished hour-markers, as well as a matching set of black-varnished hands. And of course this wouldn’t be an Anniversary Speedmaster without a specially engraved caseback, which features “1969-2019” and the limited edition number highlighted in burgundy, as well as well as the words “Master Chronometer”. Finally an inner decorative ring, also finished in 18K Moonshine Gold, has “undergone two separate laser ablation processes” as well as two PVD color treatments in blue and black – which might make this the first Speedy with a more complex caseback than dial. 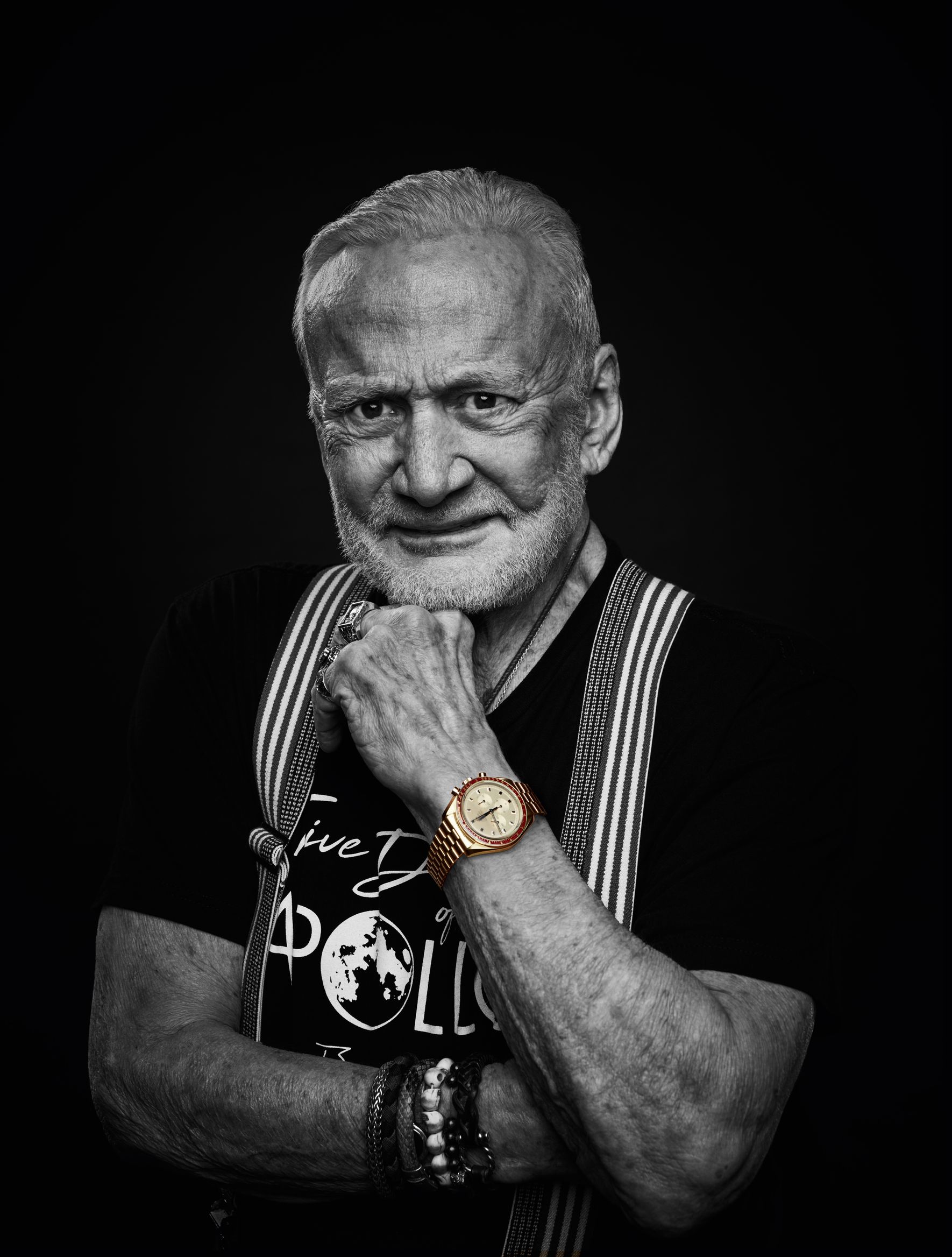