Ralph Lauren is one of the world’s greatest fashion designers, a man with impeccable taste and style who also has one of the world’s most beautiful car collections. Though not as well known as his penchant for cars, Lauren also collected watches for years prior to launching his own watch brand as a joint venture with Richemont in 2004.

The choice of Richemont was a calculated one as their portfolio of luxury brands includes Cartier, Panerai, Jaeger-LeCoultre, IWC and many more watchmaking legends that Lauren had long admired. That being said, for any new fashion brand to get into the watch business is something of an uphill battle, as so-called “fashion watches”, especially of newer vintage, rarely gain entrée into the world of haute horlogerie. 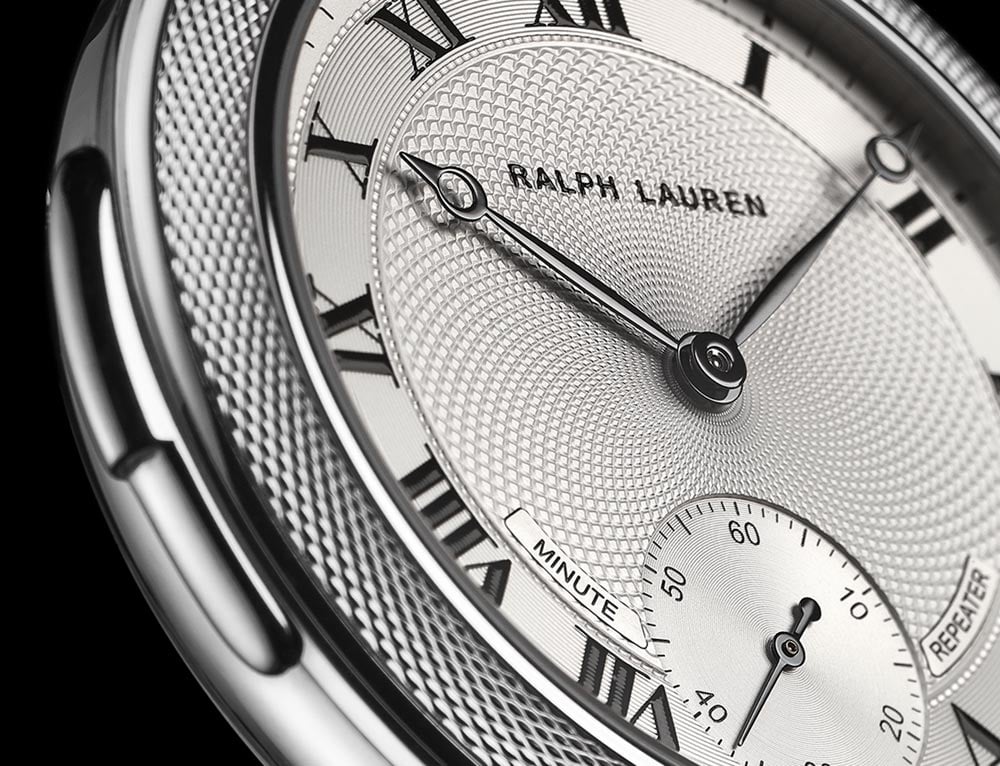 Would you consider this watch a fashion watch?

Lauren has steadily been making inroads on that front however with beautifully designed pieces using all the resources of Richemont at his disposal. He’s had success in particular with several models based on the details found in his incredible collection of classic sports and luxury cars, including a rare Bugatti Type 57SC Atlantic worth at least $40 million. The Ralph Lauren RL Automotive Tourbillon ($62,500) and Double Tourbillon ($99,000) Watches he unveiled earlier this year were certainly a step in the right direction. But they’re overshadowed by his latest watch, which may be his most exquisite and exclusive yet. The Ralph Lauren Minute Repeater, is an ode to Art Deco style in white gold and aesthetically beautiful enough to share shelf space with Richemont’s other assets. 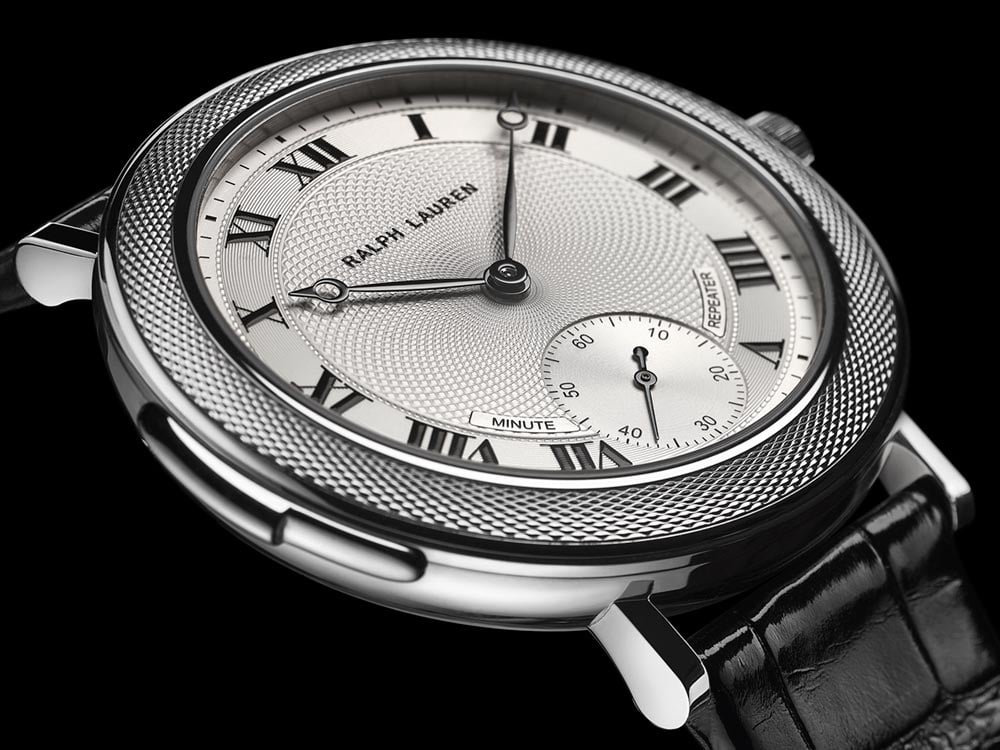 What car would match with this watch?

Priced at $206,000 in an extremely limited edition, it might even mark his entry into the watchmaking big leagues. The impressively elegant 42mm timepiece, an evolution of Lauren’s Slim Classique line, produces different sonorous tones for hours, quarter-hours, and minutes via a lever on the side of the case, and the watch is powered by the manual wind RL888 movement, featuring a 100-hour power reserve. It’s also water resistant to 30 meters. A hand-guillochéd barleycorn design featuring 80 waves spiraling out from the watch’s center, set off by the handsome roman numerals and echoed on the oversized bezel. Set off by a black alligator leather strap, we’d say it’s the perfect piece to wear with a custom-made cashmere three-piece suit, for instance, while driving a rare Mercedes 300SL “Gullwing.” 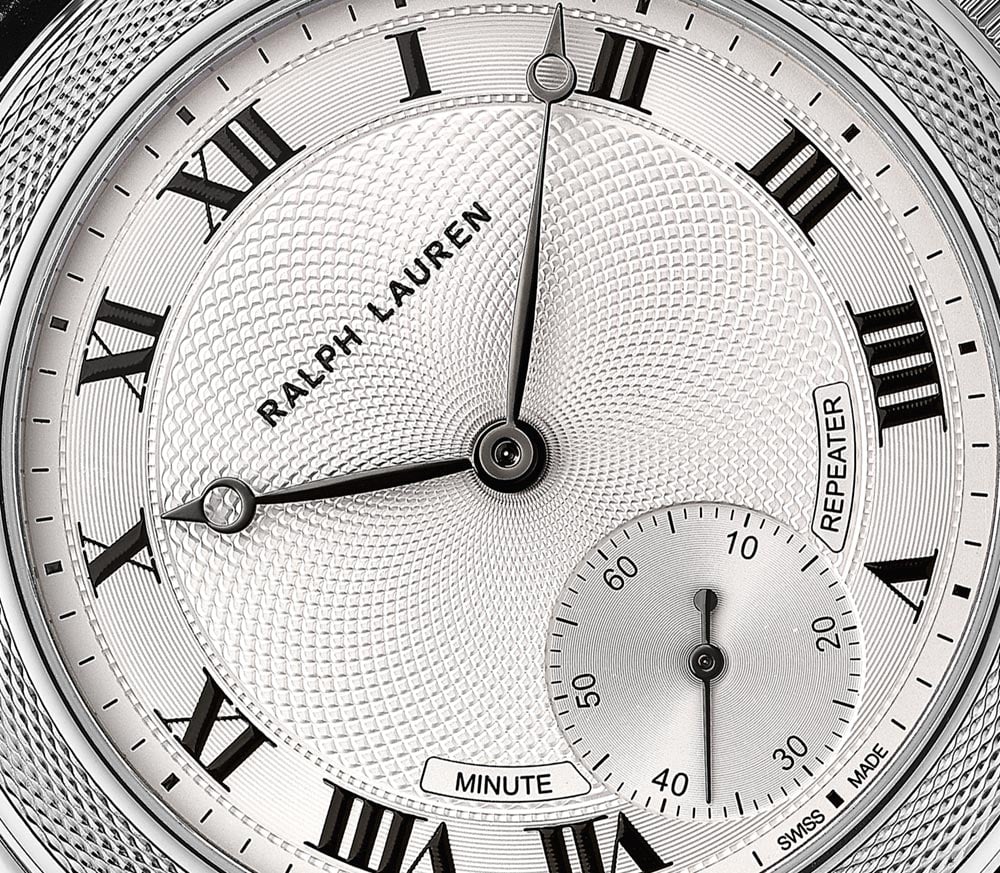