A Brief History of the Wristwatch – Part 1

The wristwatch is the ultimate accessory. But you don’t even call it a wristwatch – do you? This object has become so ubiquitous in fashion and our lives, that we no longer even need to specify where, or how, you’d wear it. Because, of course, your watch is just a glance away on your wrist. Duh.

But the wrist hasn’t always been the obvious answer for luxury watches. So, how did it migrate from gentlemen’s pockets to ladies wrists, the trenches of war, deep-sea diving, aeronautics, space travel, and beyond? In this two-part series, we’re going to explain how the wristwatch went from a revolutionary invention and bold statement to a fashion staple. 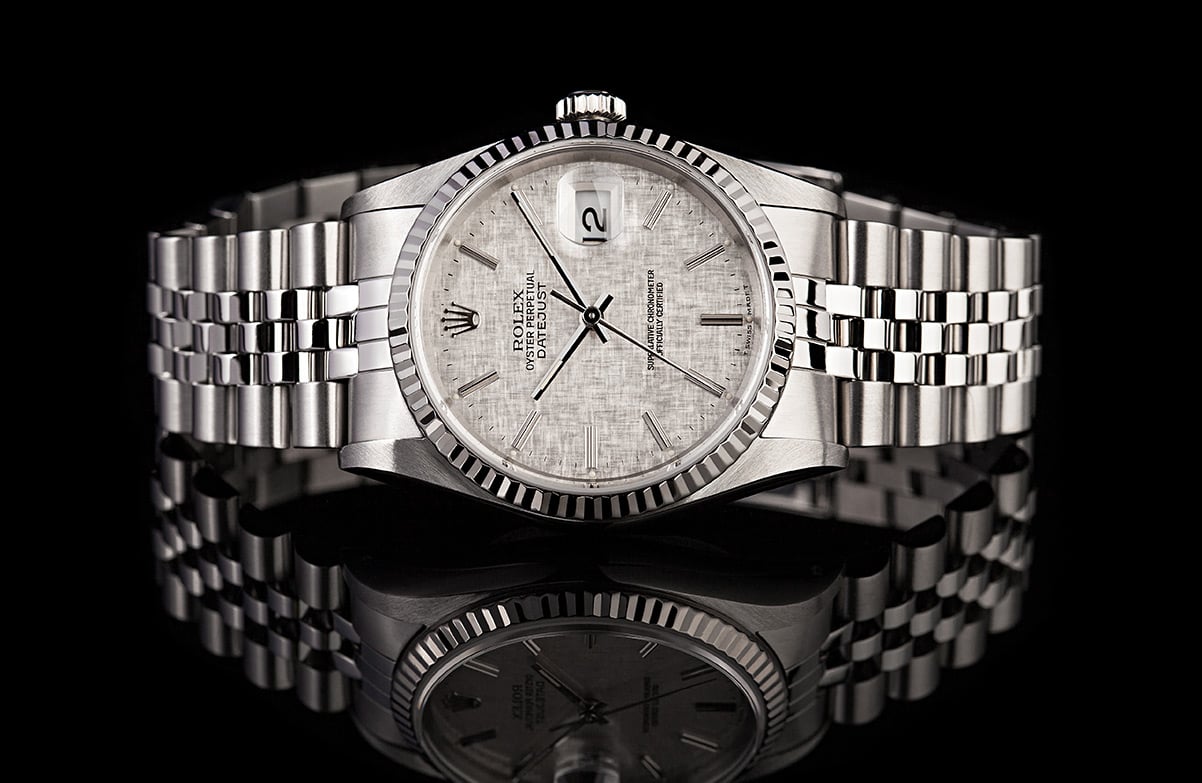 The Rolex Datejust is one of the most widely recognizable wristwatches in the world; however certainly was not the first.

While men’s watches might dominate the market today, the wristwatch actually started as women’s fashion. In the late 19th century, women with means began wearing dainty watches embedded in beautiful bracelets. It’s an elegant example of form meeting function – as women no longer had to dedicate precious purse space to large pocket watches. It was also quite the fashion statement and status symbol. I should also note, that these weren’t the highest caliber watches, as their main purpose was to look great, rather than keep perfect time.

The first wristwatch was actually made by Abraham-Louis Breguet for the Queen of Naples in 1810. More than 50 years later, in 1868, Countess Koscowicz of Hungary had a bracelet watch made by the Swiss watch manufacturer, Patek Philippe. But, it wasn’t long thereafter that we began seeing women’s wristwatches pop up all across Europe.

As you’ll read below, during the first two decades of the 20th century, men started to play with the idea of wristwatches for both utilitarian and fashion purposes. At the same time, women’s wristwatches were incredibly popular and in-vogue. Women of the era were wearing ‘wristlets’ – the precursor to the wristwatch – think along the lines of models like the early Rolex ‘Princess’ from 1920 or the Cartier Tonneau from more than a decade earlier in 1906. 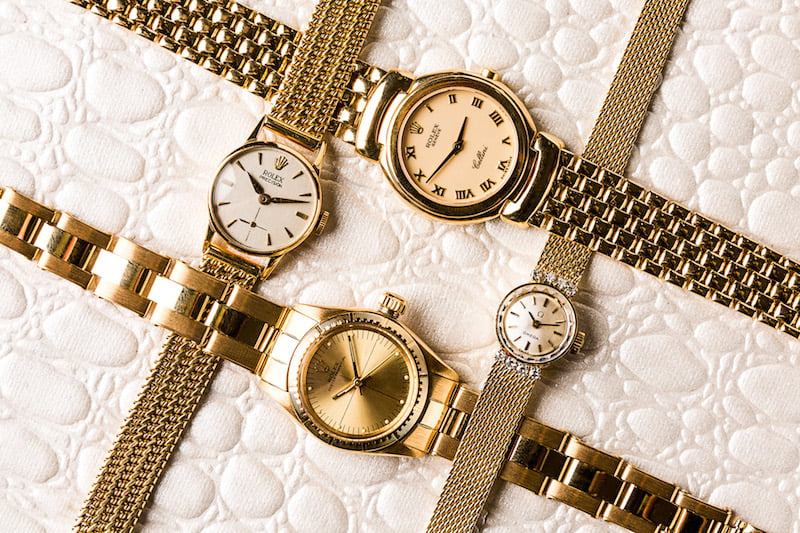 Although men’s watches now dominate the market, some of the very first wristwatches were small and elegant ‘wristlets’ that were intended for female wrists.

But mens wristwatches took a bit more time to find their footing. In fact, it wasn’t until decades after women’s watches took off, during the first World War, when soldiers wore them for purely utilitarian purposes, that the men’s market even considered them semi-fashionable.

A now-hilarious New York Times clipping from 1916 called them ‘bracelet watches,’ and declared them ‘more or less a joke’ and a ‘silly ass fad.’ But the thing was, these silly bracelet watches were really catching on. Civilians were increasingly copying the look that was taking over the battlefield. And during this time, we saw some now iconic watches take form – from the Cartier Tank to the various Hamilton watches that powered the U.S. military. 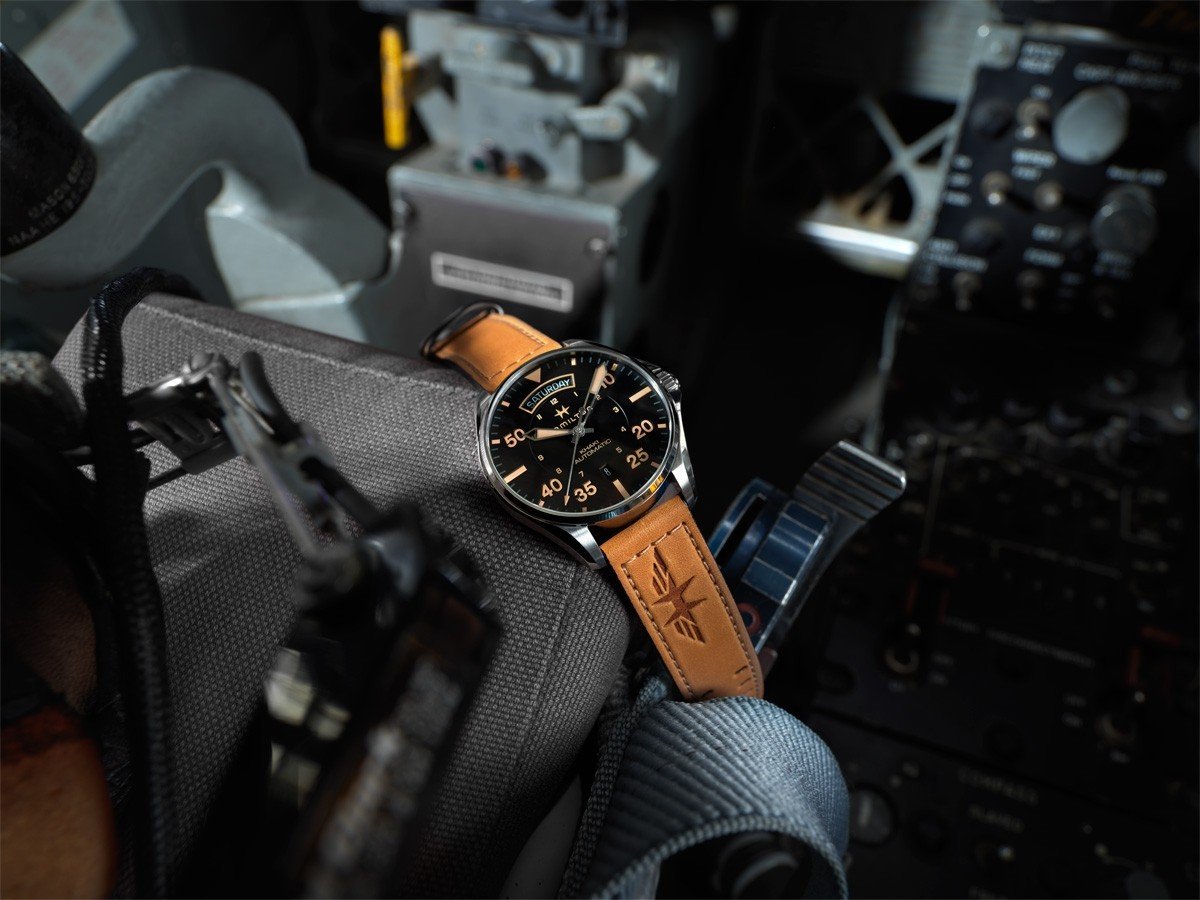 Although modern pilot’s watches have adopted a very distinctive design language, the very first ‘pilot’s watch’ was square Cartier made for Alberto Santos-Dumont.

But the truth is, while World War I is generally regarded as the time when the wristwatch took off, men’s wristwatches had been around for a number of years before. In the 1880s, Girard-Perregaux produced wristwatches for German Naval Officers, and by the time the Boer War was underway (at the turn of the century), there were a handful of manufacturers making wristwatches for soldiers, too.

During this time, there were also watches that weren’t being built for the military at all. One of the most famous examples is the Cartier Santos named after the famous Brazilian aviator, Alberto Santos-Dumont. Cartier designed the watch for him in 1904, and it’s widely considered the first purpose-built wristwatch and certainly, the first pilots watch. Despite all of this, the narrative around the history of wristwatches tends to start around the first World War – it also tends to ignore the fact that women were wearing wristwatches first. 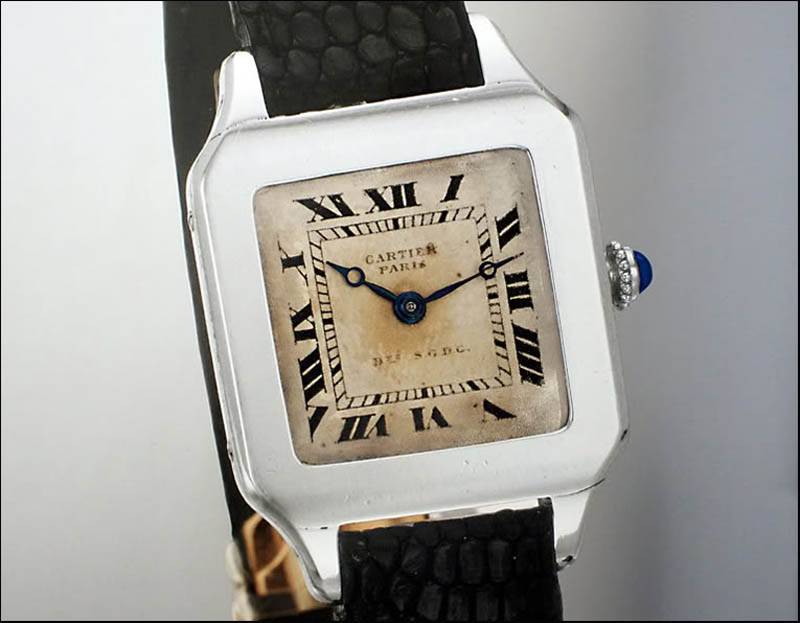 A Century of Innovation

I promised to keep this brief, so if you want to see how wristwatches grew from crude instruments of war to utilitarian masterpieces that accompanied us everywhere from the depths of the ocean to the moon – check in soon for part two, where we’ll be highlighting some of the most important timepieces in their brief but impressive history.

For more information on the history of the wristwatch, read part 2 where we go into detail on a few of the watches that had a lasting and important impact on the entire wristwatch industry and the world beyond.