Have you ever noticed that Patek Philippe reference numbers and caliber numbers also include letters? Like many of the biggest names in watchmaking, most of these letters and numbers have a purpose. They can tell you valuable information about the watch, such as the materials used and the functions built into the movement. If you’re not sure what the letters in these alphanumeric codes mean, don’t fret. We’ve compiled this handy Patek Philippe reference number guide. Read on to learn more.

Click here for our Ultimate Buying Guide on Patek Philippe. 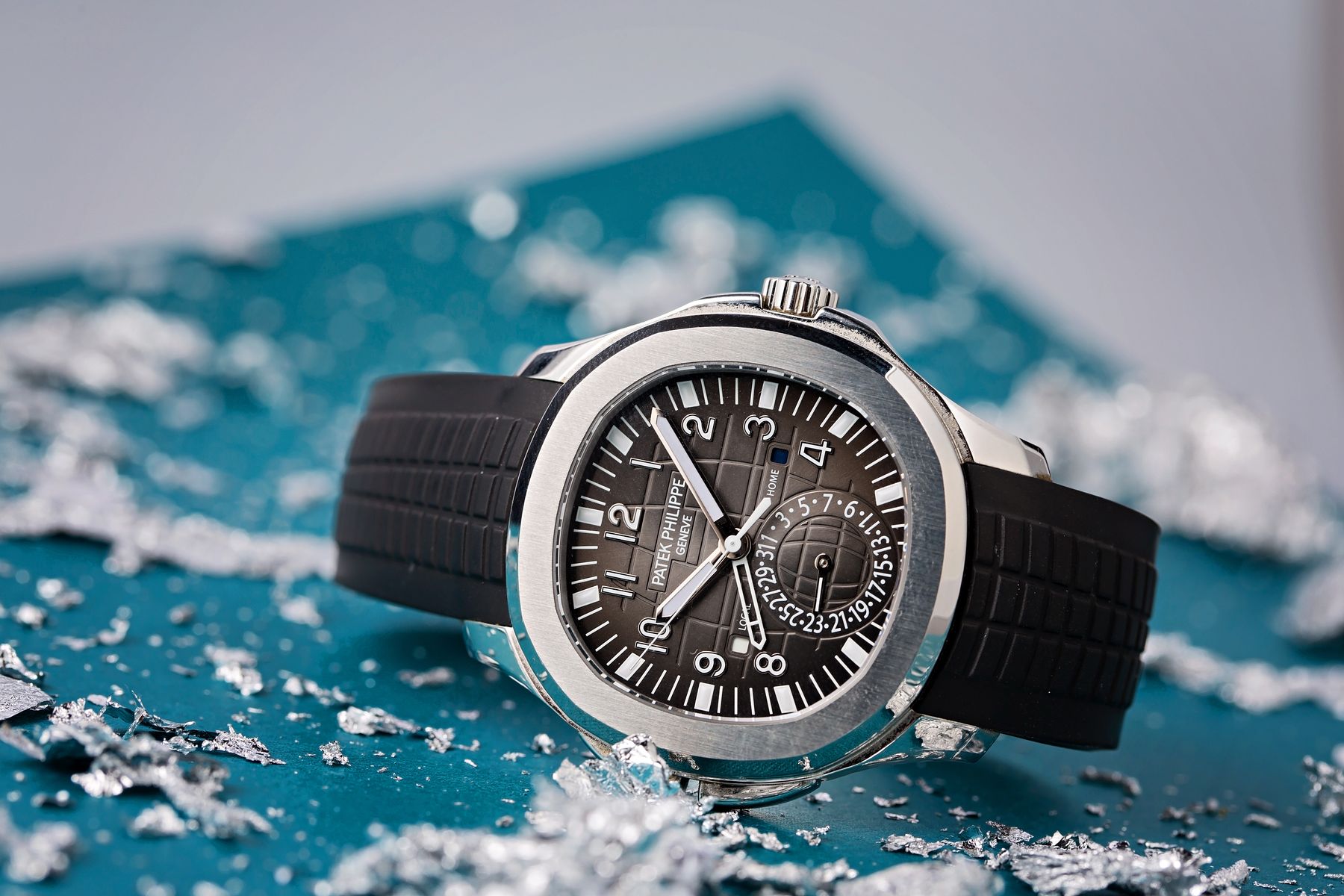 A reference number is a model number that helps distinguish a watch from other offerings in Patek Philippe’s catalog. There are other watchmaking companies on the market that follow a very strict numbering system where every single digit provides information about the watch in question. Patek Philippe is not one of them. While they do follow a pattern of some sort, not every digit is meant to stand for something. Additionally, the rules they seem to follow aren’t always concrete, which is important to keep in mind when reading this guide.

Patek’s number structure typically follows a loose format that looks something like this: 5726/1A-014, although most people refer to the models by their first four digits because they’re often much easier to remember. Additionally, models from the same collection seem to share the first two digits most of the time. For example, the Calatrava often starts with 52XX and the Nautilus 57XX. 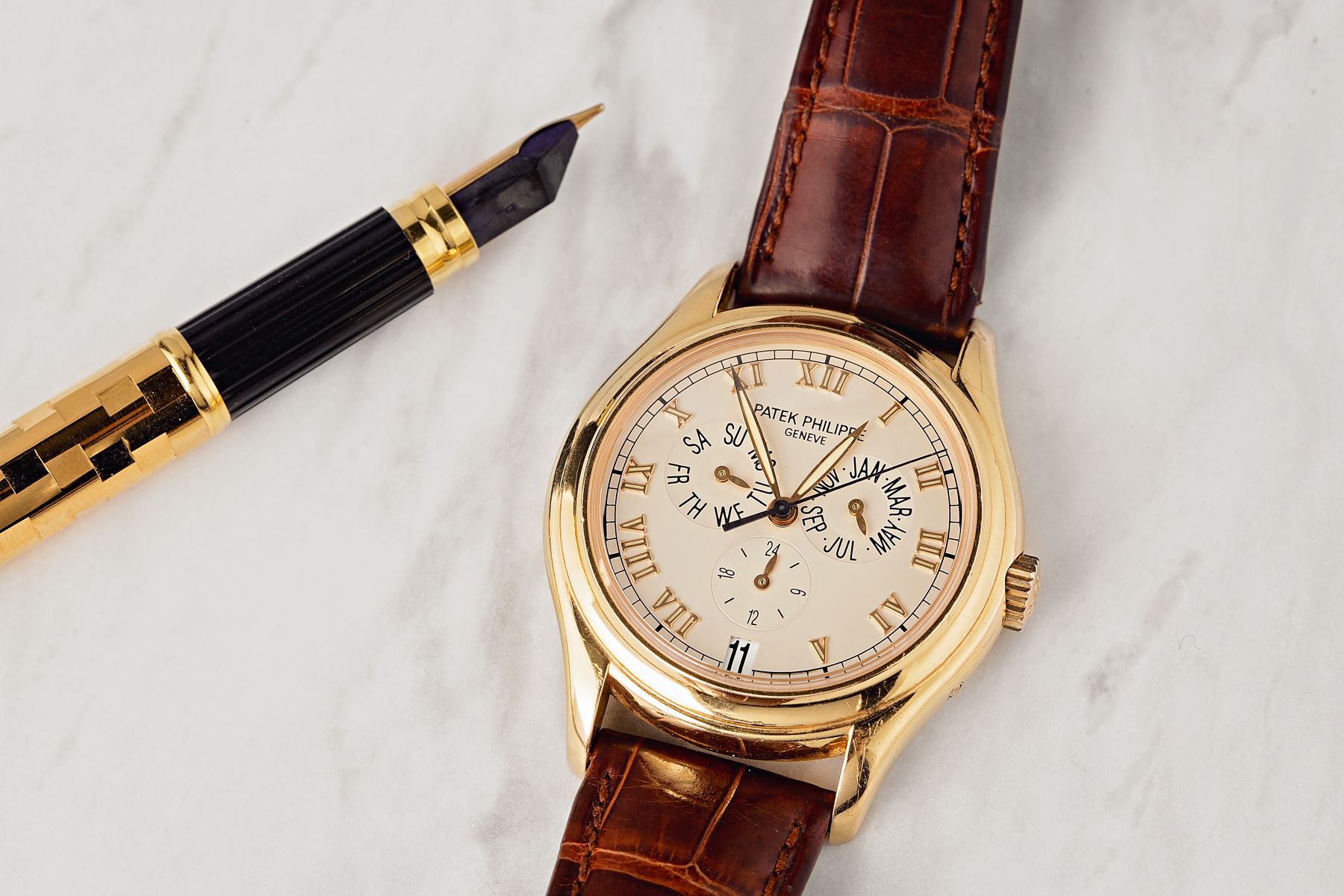 Let’s start from the very beginning. The first digit of the reference number usually signifies the gender of the watch. Numbers beginning with 3, 5, and 6 are typically assigned to men’s models, while reference numbers starting with 4 and 7 are often assigned to women’s watches. The sequence following the backslash signifies specific details of the watch itself, such as the bezel, bracelet, or case.

For example, a backslash followed by the number 1 (xxxx/1) means that the timepiece wears on a metal bracelet, similar to the reference number example used above. Letters at the end of this sequence represent the material used, but we will go into that in much further detail later. It’s also important to note that if a watch doesn’t have any significant distinguishing features, it isn’t uncommon to leave out the section after the backlash entirely. One such example is the current-production ref. 5726A-001. Finally, the last three digits at the very end of the entire reference number following the hyphen are designated for the dial.

Remember, these are just loose rules that don’t always apply. However, it’s still useful to have them in your back pocket if you’re a Patek Philippe enthusiast. 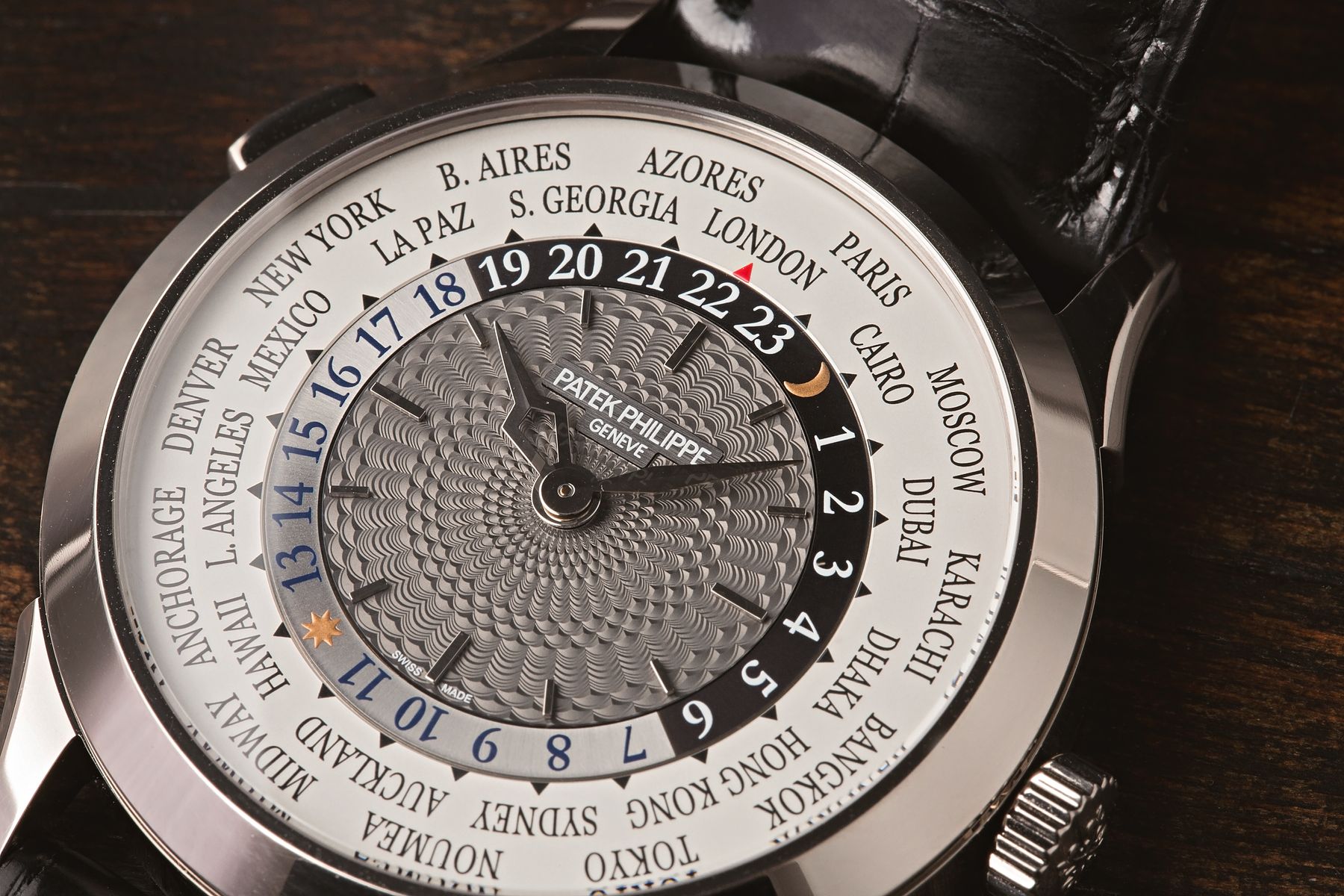 Brush Up On Your French To Understand Patek Parlance

Patek Philippe is based in Geneva, which is in the French-speaking part of Switzerland. As such, the letters in Patek Philippe reference numbers and movement codes are abbreviations of French words (the same goes for Rolex).

The letters in Patek Philippe reference numbers signify the case material of the watch. Using our example from above (5726/1A-014), we can gather that this edition of the Nautilus is produced from stainless steel. 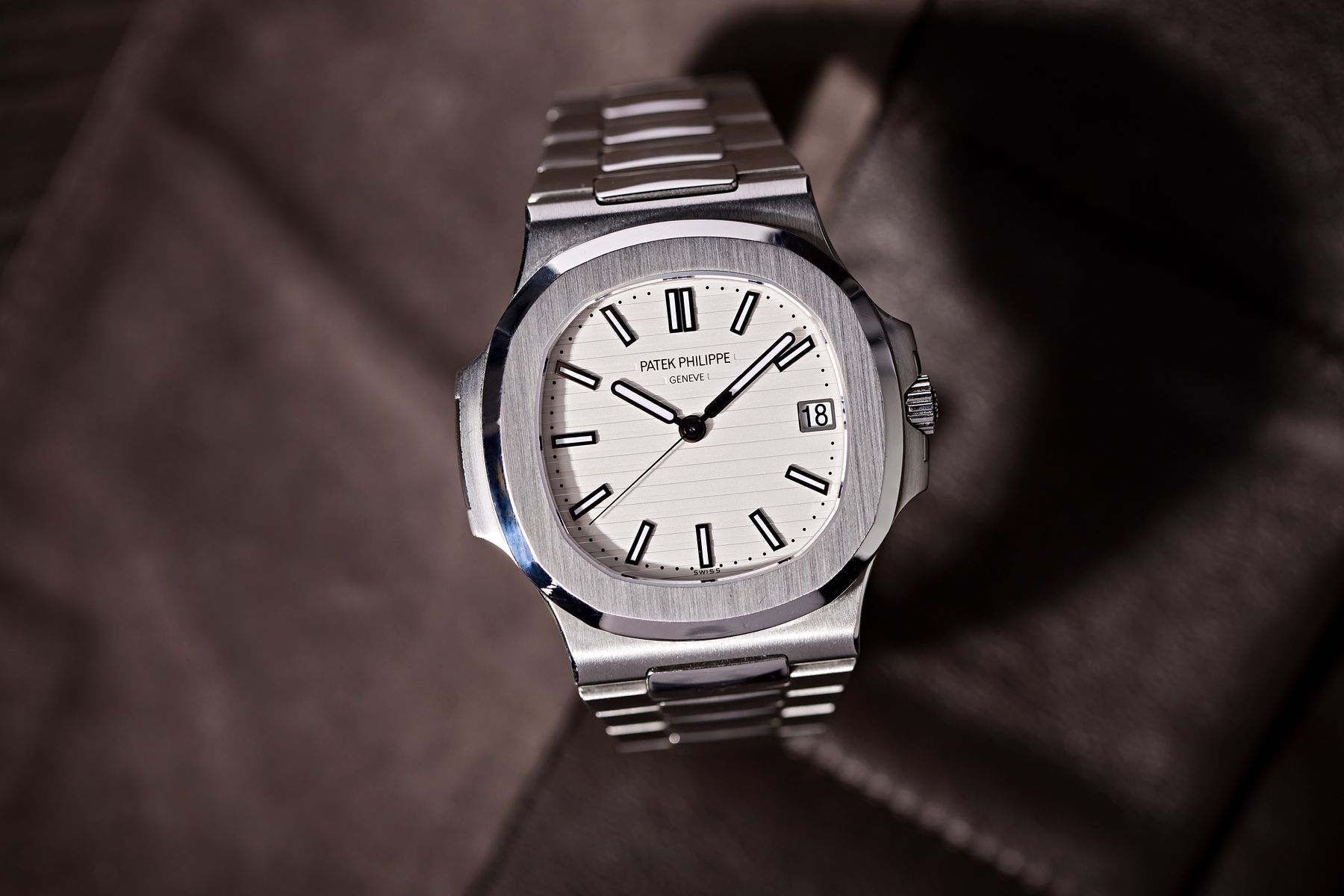 On the other hand, the letters in Patek Philippe caliber numbers signify the complications and functions of the movement. Let’s use the caliber 240 PS IRM C LU as an example. Using the guide below, we can determine that it features small seconds (PS), a power reserve indicator (IRM), a date indicator (C ), and a moon phase (LU).

To the untrained eye, Patek Philippe’s reference and caliber numbers are overwhelming. However, if you know how to read them, you can determine quite a bit about the watch without even looking at it. 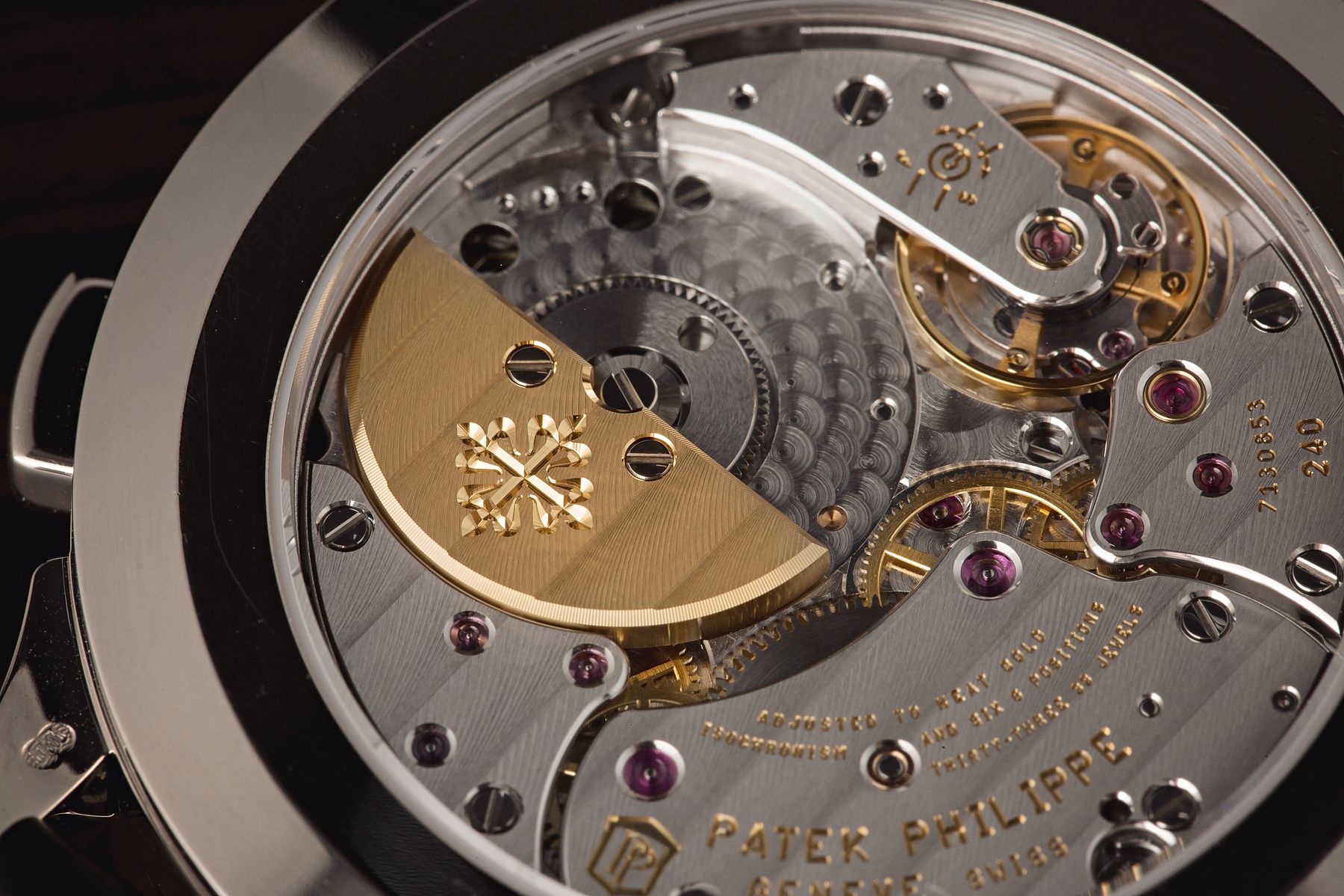