What Makes the Rolex Single Red Sea-Dweller so Special

The reference 126600 Rolex Sea-Dweller that was released at Baselworld 2017 brought a lot of attention back to the various vintage Rolex dive watches that have red text on their dials – all of which are now highly sought-after by collectors. Among these, it is the Rolex Single Red Sea-Dweller that is – by a significant margin – the rarest and most valuable. However, with all of the talk about the different “red text” Rolex dive watches, the extent of just how rare the Single Red Sea-Dweller is (and the details behind what makes this watch so special) can sometimes get overlooked or buried within the rest of the seemingly insignificant, but ever-so-important, vintage Rolex minutiae.

As a quick reminder – or for those entirely unfamiliar with this holy grail of vintage Rolex collecting, here is a brief overview of what exactly makes the Rolex Single Red Sea-Dweller so special, and why collectors are willing to pay crazy prices for them whenever they manage to surface at auction. 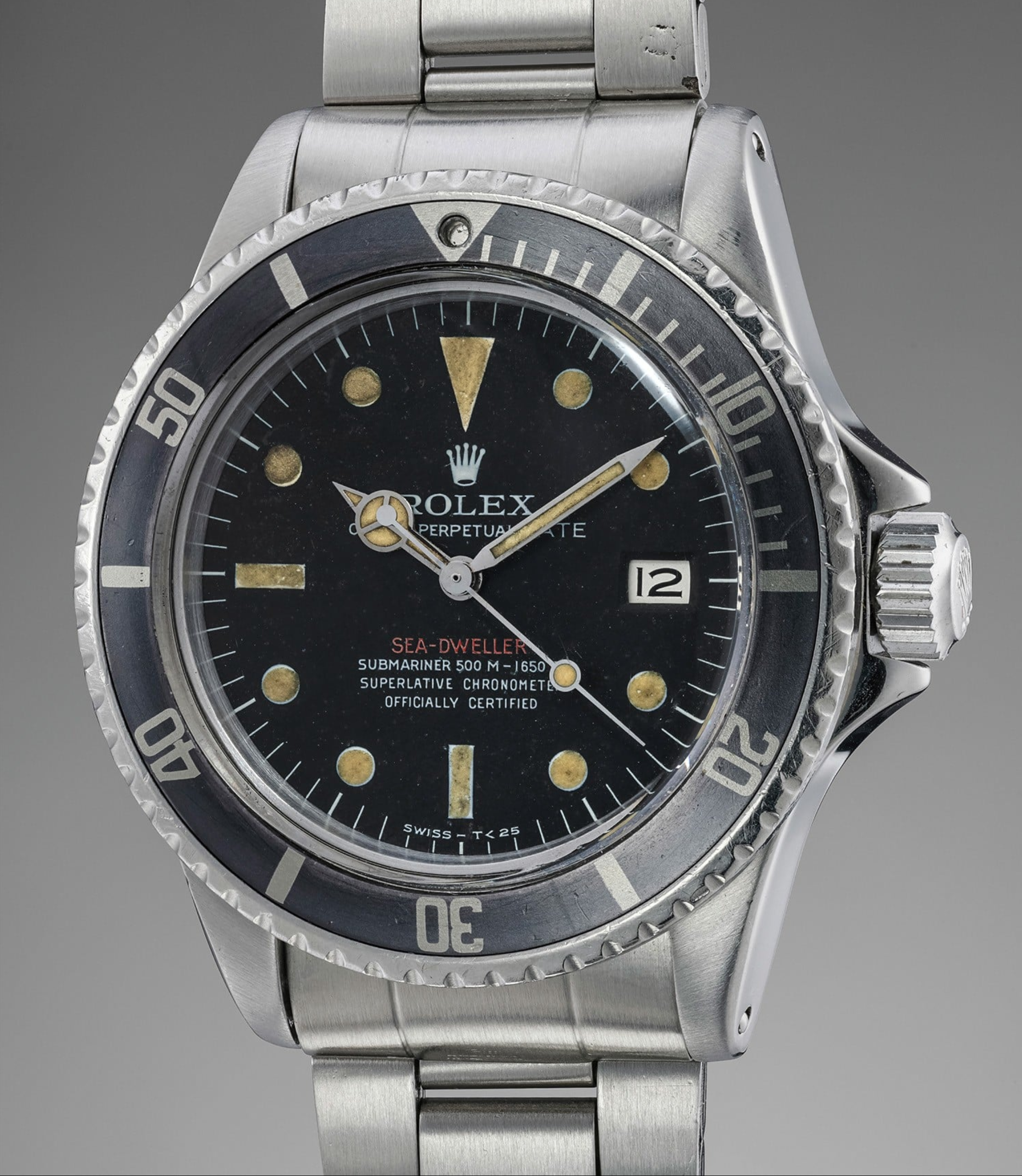 Instead, all twelve known examples were given to hand-selected divers for either official testing purposes or as awards. Of those twelve watches, at least one has had its dial replaced due to damage, so at the present time of writing, there are only eleven known examples of Single Red Sea-Dwellers still in existence today. 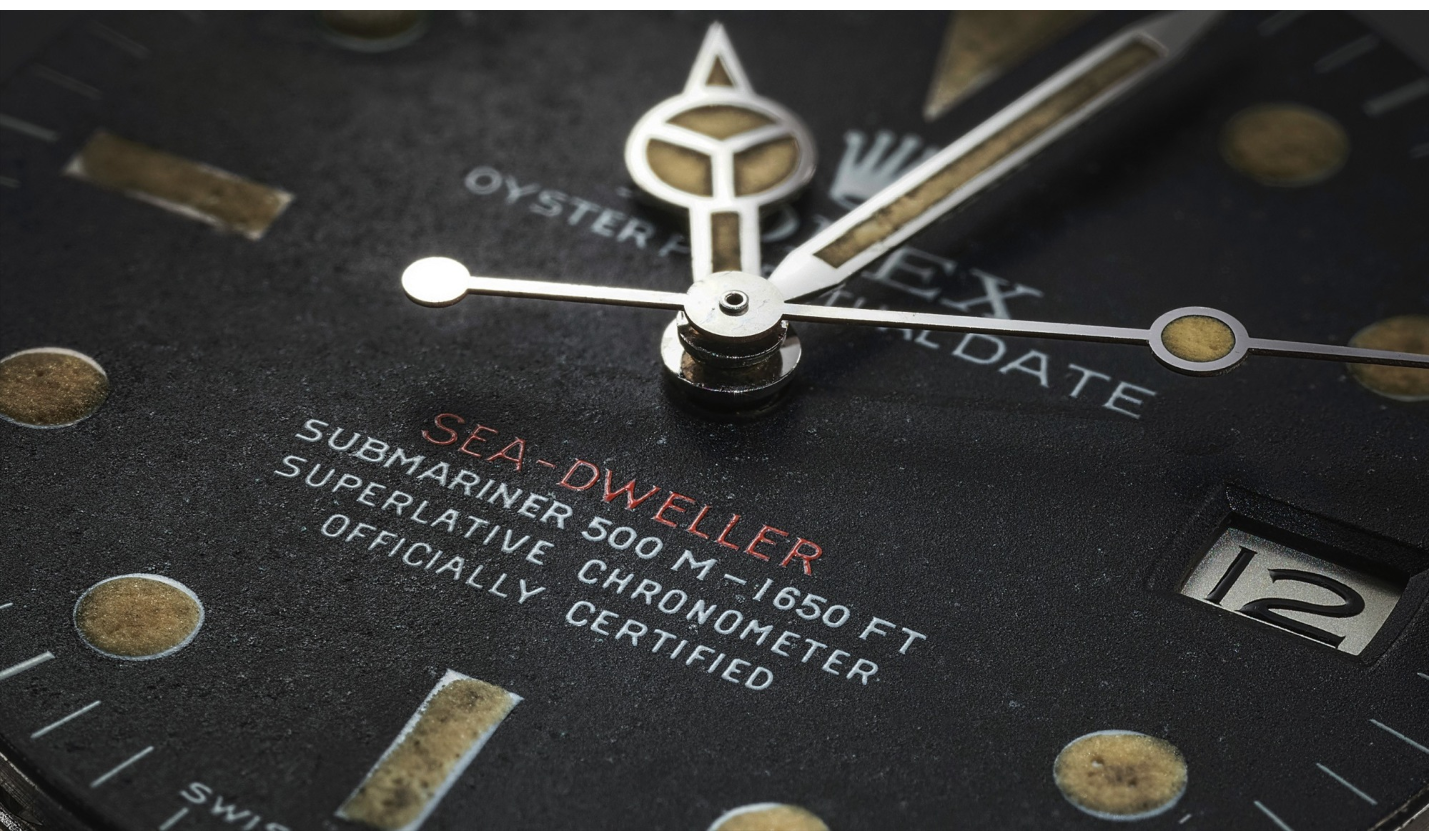 For vintage Rolex Sea-Dweller watches, a line of red text can mean everything (Image Credit: Phillips).

More than just the color of the text…

They may (or may not) have helium gas escape valves…

Today, the helium gas escape valve is probably the number one thing that defines Rolex’s Sea-Dweller collection; however the very first Rolex timepieces to be fitted with this highly-specialized technology were reference 5513 Submariners that were used as prototypes while Rolex worked with COMEX to develop the final design for their gas escape valve. Instead, the new feature to be introduced to Rolex’s dive watches with the appearance of the Single Red Sea-Dweller was the addition of a date complication, so that divers living and working below the surface of the ocean could keep track of days in addition to elapsed time while they remained underwater.

Interestingly enough, seven of the twelve Single Red Sea-Dweller watches do not have helium gas escape valves fitted to them. The issue with trapped helium molecules forcing crystals to “pop off” during decompression only occurs at greater depths, when divers are living in helium-saturated environments for extended periods of time. In more shallow waters, none of these same issues exist. For example, the divers who were part of Tektite 1 had absolutely no use for helium gas escape valves on their watches, since the gas mixture they used consisted of only nitrogen and oxygen due to the relatively shallow depth of the project (50-feet / 15 meters).

Given their extraordinarily limited production numbers and well-documented history of rigorous professional use, Rolex Single Red Sea-Dweller watches are incredibly rare, and rarely surface at auction – let alone on the wrist of someone you are likely to encounter in everyday life. Although common knowledge says that there are only twelve known examples still in existence, Rolex never confirms details such as production numbers, so there is always a tiny sliver of hope that the thirteenth Single Red Sea-Dweller may be the next “barn find” for some incredibly lucky individual.