The Absolute Best Watches for Under $500

If you are new to the world of watch collecting, a quick search for “best watches” and a scan through the prices being commanded by some of the industry big names can be enough to leave you in a cold sweat. Even the least expensive models from brands such as Rolex, Omega, or Breitling seem to have prices that come with at least one too many zeroes on the end for comfort; and when you start exploring the likes of Patek Philippe or Audemars Piguet, it can all start to look a bit like a fantasyland if you are not pulling down a CEO’s salary.

Never fear though. Far more modest outlays can secure you some truly exceptional watches, and a mid three-figure sum is enough for a number of pieces with some very impressive credentials and a charisma all their own. Below, we pick out three of the best watches that can be purchased for less than $500. 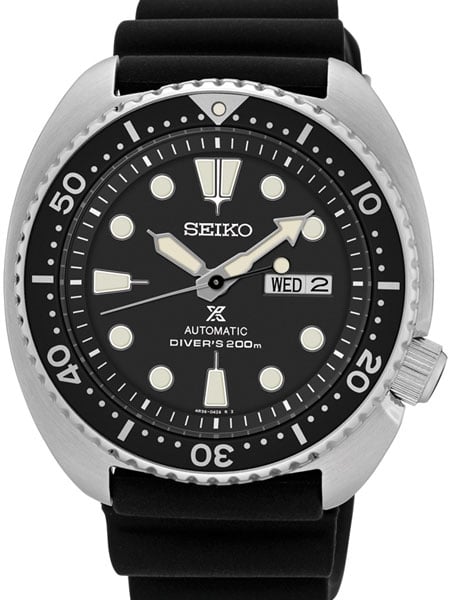 The new Seiko Prospex SRP series is heavily inspired by the original Seiko “Turtle” from the 1970s (Image: Seiko). 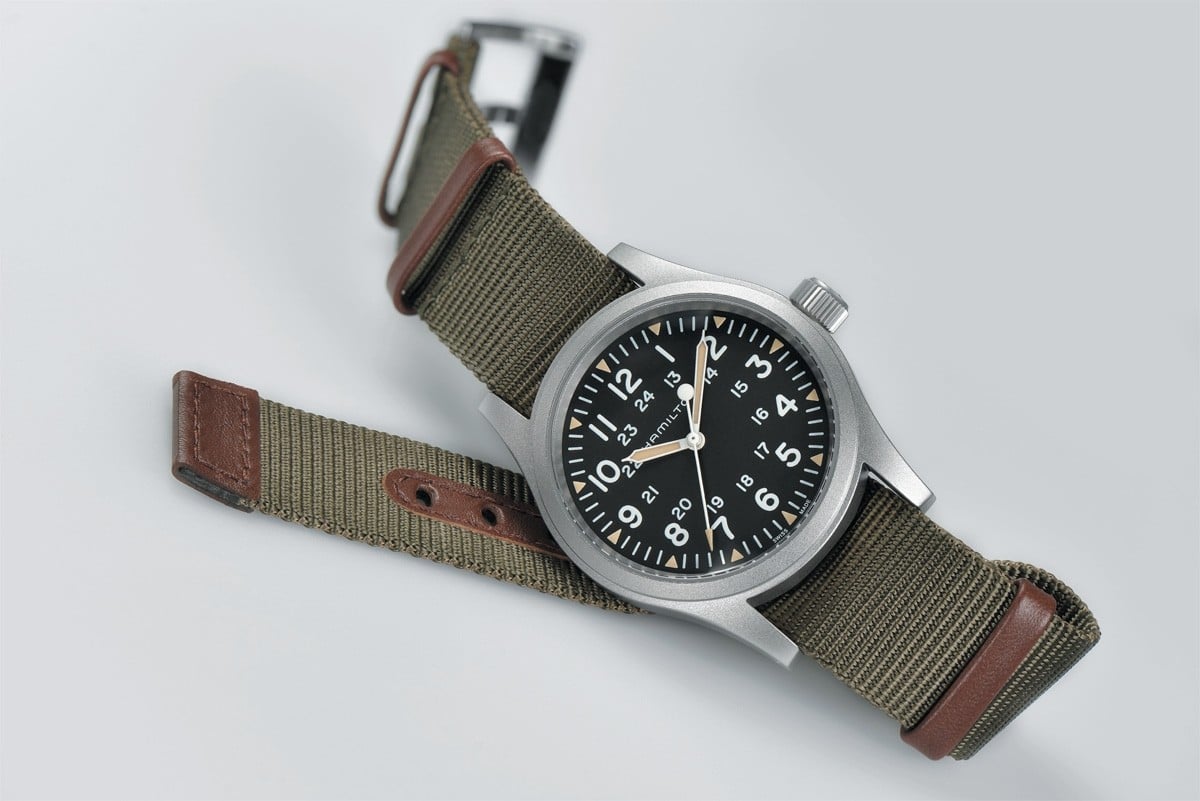 With a manually-wound movement and vintage styling, the Hamilton Khaki Field Mechanical is one of the best watches in the under $500 price category (Image: Hamilton).

How can you not love a Hamilton? The once U.S. and now Swiss-owned brand are in the business of producing honest-to-goodness, straightforward timepieces that are the furthest you can physically get from pretentious. The company originally starting out making watches for the American railroad business, however it segued into supplying the military during WWI, and actually halted production of all commercial models completely at the outbreak of the Second World War, so that it could concentrate fully on serving the armed forces.

The Hamilton Khaki line has been around for more than 20-years, and their nostalgia-drenched Khaki Field Mechanical is about as faithful a recreation of those pieces from the 1940s as is possible – which is why it has been popping up on various (budget-friendly) “best watches” lists since it was first announced. Essentially, it is based on the Hamilton Hacked – one of the first watches from that era to be equipped with a hacking function, which stops the seconds hand when the winding crown was pulled out, to allow soldiers to synchronize the time.

As a piece of design, it couldn’t really be any simpler. At 38mm, it may seem a little on the small side for modern tastes, but it makes up for it with long lugs, which lend a more contemporary wrist feel. The steel case is bead blasted to give it a vintage matte look, and the sapphire crystal has a gentle dome to it (as you would hope). The dial is eminently readable and all business, and Hamilton has even given an aged radium aesthetic to the Super-LumiNova used on the handset and indices.

Inside is a manual-wind, ETA 2801-2 movement powering the time-only, no-date watch, which offers a smooth 28,800 vph frequency and generous 46-hour power reserve. Supplied with a canvas NATO strap, the drilled lug holes make switching up straps/bracelets a breeze, and the watch looks particularly handsome on a leather band.

With a price of around $475, there is not much else out there with a mechanical movement that can compete with the retro charm of the Hamilton Khaki Field Mechanical, which is why it makes our list of the best watches for under $500. 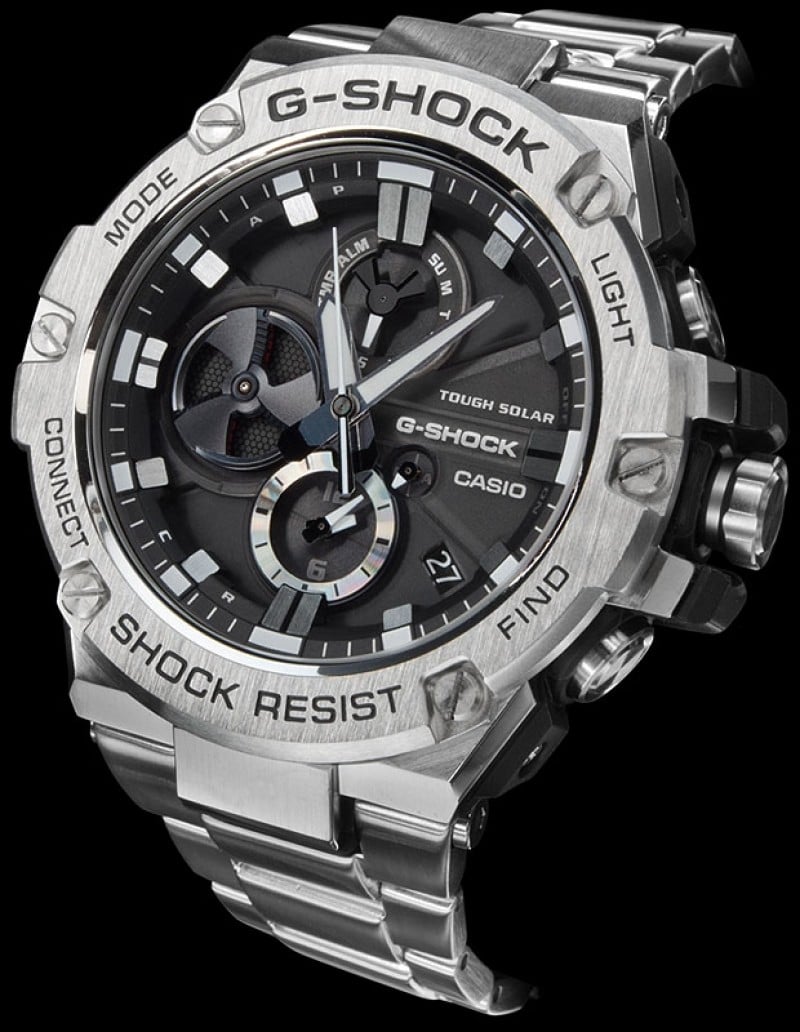 Although it is not a mechanical timepiece, the Casio G-Shock GST-B100D-1A has a fully-analog display and is far more durable than the vast majority of conventional watches (Image: Casio).

There is one of Casio’s colossal range of G-Shocks at just about every price point, from $50 for the basics, to well into five-figures for some of the hand-assembled watches in the MT-G and MR-G lines. However, our $500 budget still buys an awful lot of Shock, and a particular favorite of ours is the ‘Tough Chronograph’ GST-B100D-1A.

The B100 series continues the brand’s drive towards adding a touch of sophistication to the all-action sports watches, using a stainless steel case and the collection’s first fully-analogue display (rather than the more usual mix of analogue hands with an additional digital readout). However, instead of being a throwback to an earlier time, the GST-B100D-1A is packed full of the latest conveniences, with a handy Bluetooth connection to your smartphone and Casio’s Tough Solar power.

As with most models in the G-Shock family, it certainly has plenty of wrist-presence, measuring some 58.1mm lug-to-lug and 53.8mm wide. With that in mind, this is also the thinnest of the recent offerings in this particular subset at just 14.1mm, so it makes for a far more comfortable everyday wear than many.

The trio of sub-dials give the look of a standard chronograph layout at first glance; however in reality, they perform greatly different functions, rather than just gauging elapsed hours, minutes, and seconds. At the 12 o’clock, the counter indicates which mode is in operation (stopwatch, timer, or alarm), as well as showing the day of the week. The 9 o’clock disc, with its turbine blades, presents either the battery level or the remaining time left on the countdown timer. Lastly, at 6 o’clock there is a second time zone display, along with an additional (smaller) sub-dial to denote either AM or PM.

Overall, just about the only thing missing compared to its far more expensive counterparts is the hybrid GPS/Multiband 6 technology, which keeps the watch perfectly accurate anywhere in the world. Regardless, for those after a truly bomb-proof companion which can still carry itself with a surprising amount of sophistication – and all for well under budget – the Casio G-Shock G-Steel GST-B100D-1A warrants some serious consideration. With the option of either a rubber strap or a steel bracelet (for around $320 and $400, respectively), the Casio G-Shock GST-B100D-1A represents a great value proposition, and ranks among the best watches (certainly among the most durable) that can be purchased for less than $500. 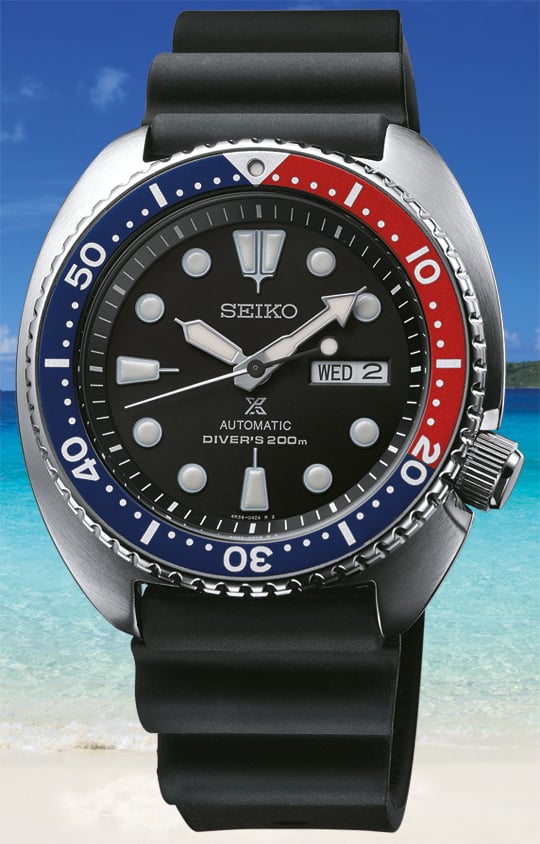 There are two kinds of dive watches. There’s the world famous, paradigm-shifting luxury offerings from the biggest names in the business: the Rolex Submariner, the Blancpain Fifty Fathoms, the Omega Seamaster, et al. And then there’s all the other ones, the ones that you would actually dare to take on a dive trip, where they are likely going to get knocked about, scratched, and dinged.

Among this much larger second group, Seiko’s Prospex collection dominates, and the recently-released SRP series is a continuation of a classic range which began life in 1965. That was the year that brought us the brand’s first-ever dive watch, the 62MAS. Over the decades, the series morphed a number of times until 1996, when the SKX007 first made its appearance. Thought by many to be the greatest everyday beater watch of all time, and one of the tried-and-true pieces that makes its way on to nearly everyone’s “best watches” list, the SKX series found great success until Seiko discontinued it 2018.

For its modern day upgrade, Seiko has wisely stuck close to the DNA of that universally adored icon, and has thrown in some healthy doses of nostalgia which it borrowed from the SKX’s predecessor, the Seiko 6309 “Turtle” from the 1970s. The most identifiable aspect of the 6309, is its cushion-shaped case (hence the “Turtle” nickname), which is present and correct on the contemporary model. At 44.3mm wide and around 46mm lug to lug, the new SRP is not going to be mistaken for a dress watch; however it leaves a lot of space for readability without being grossly oversized on the average wrist.

The numerals on the rotating bezel are in a font lifted straight out of the SKX007, as are those in the day/date window. The distinctly-shaped hands and winding crown at the four o’clock location are also appropriate and recall those found on the original 6309. Like the Casio G-Shock, you can take your pick between a steel bracelet or a new silicon rubber strap, the latter being a favorite among those planning on taking their watch underwater.

Inside is where the biggest concession to modern tastes takes place, with the Caliber 4R36. The 24-jewel, 21,600vph engine is a beauty; automatic but with a manual winding capacity and a hacking function, it is a significant advance on the previous generation of Seiko’s self-winding movement. There are a number of variations in the Seiko SRP family, each with different colors offered for their dials and bezels, including a “Pepsi” version. Best of all, most stay under our $500 bracket, which make them perfect candidates for a spot on our list of the best watches for under $500.

Reliable, robust, and stylish, the Seiko SRP series has all the qualities you could want in a dive buddy. Additionally should anything happen to it on a subaquatic adventure, it would be at least 10-times less traumatizing than losing a Submariner.