Baselworld this year saw Lucerne-based atelier Chronoswiss in double celebratory mood. Originally founded a little over the border in Munich in 1983, the watchmaker was hailing not only 35 years in the industry, but also marking the 30th birthday of the first of its regulator timepieces.

The brand has themed its product-base around the unusual complication, one that traces its beginnings back hundreds of years, and has developed a wide range in its catalog.

Below, we’ll look at the 2018 editions and also find out just what a regulator is.

Regulator clocks first appeared in the 18th century, timekeepers of the highest precision that were powered by weight-driven movements. Their extreme accuracy saw them initially employed in train stations across Europe so conductors could synchronize railway signals, before going on to act as reference clocks in watchmakers’ studios. Craftsmen relied on the regulator when setting the time on their own models, and to make reading the face as easy as possible, it became the style to separate the hour, minute and seconds hands onto individual dials. 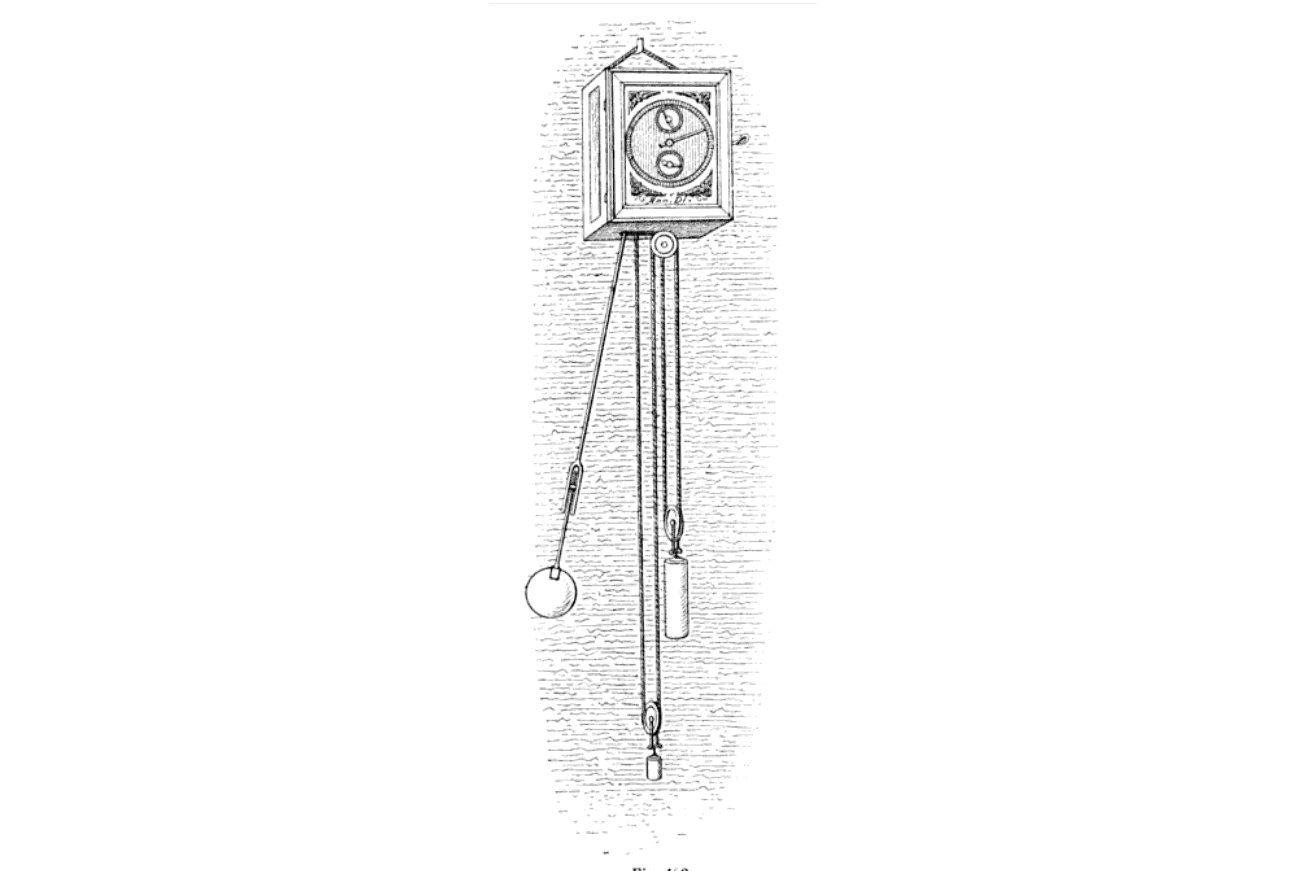 This layout, known as non-coaxial, mounted the minute hand centrally, as the most important of the three, with the hours usually displayed at the 12 o’clock position, the seconds at the six, both on ancillary registers.

While never hugely popular with a mainstream audience, they proved invaluable as marine chronometers, serving onboard The Discovery with Captain Cooke and one was even among the effects taken from the HMS Bounty by mutineering sailors.

Chronoswiss launched its first Régulateur timepiece in 1987 with the ref. CH6322. The 38mm, manually-winding creation included a number of features that have become characteristic of the brand, such as the knurled bezel and distinctive onion crown, elements that have made their way across onto much of the rest of the lineup. 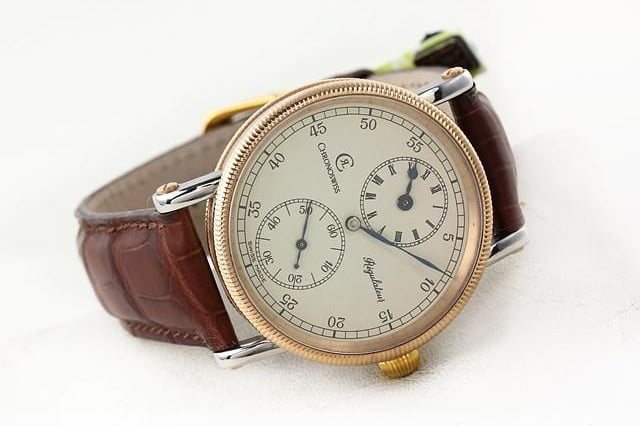 The range of regulator watches has since diversified greatly, its many variants even including tourbillon and jumping hour versions, all now driven by automatic calibers.

This year, to celebrate the big 3-0 of the original, Chronoswiss brought out a new model which takes its design cues from two pieces released in 2016 and 2017.

The Flying Regulator Open Gear reproduces the three-dimensional depth we first saw in the Sirius Flying Regulator from a couple of years ago. At the lowest level sits a galvanic dial, in either blue, black or silver depending on the selection, over which float the pair of counters that indicate the hours and seconds. 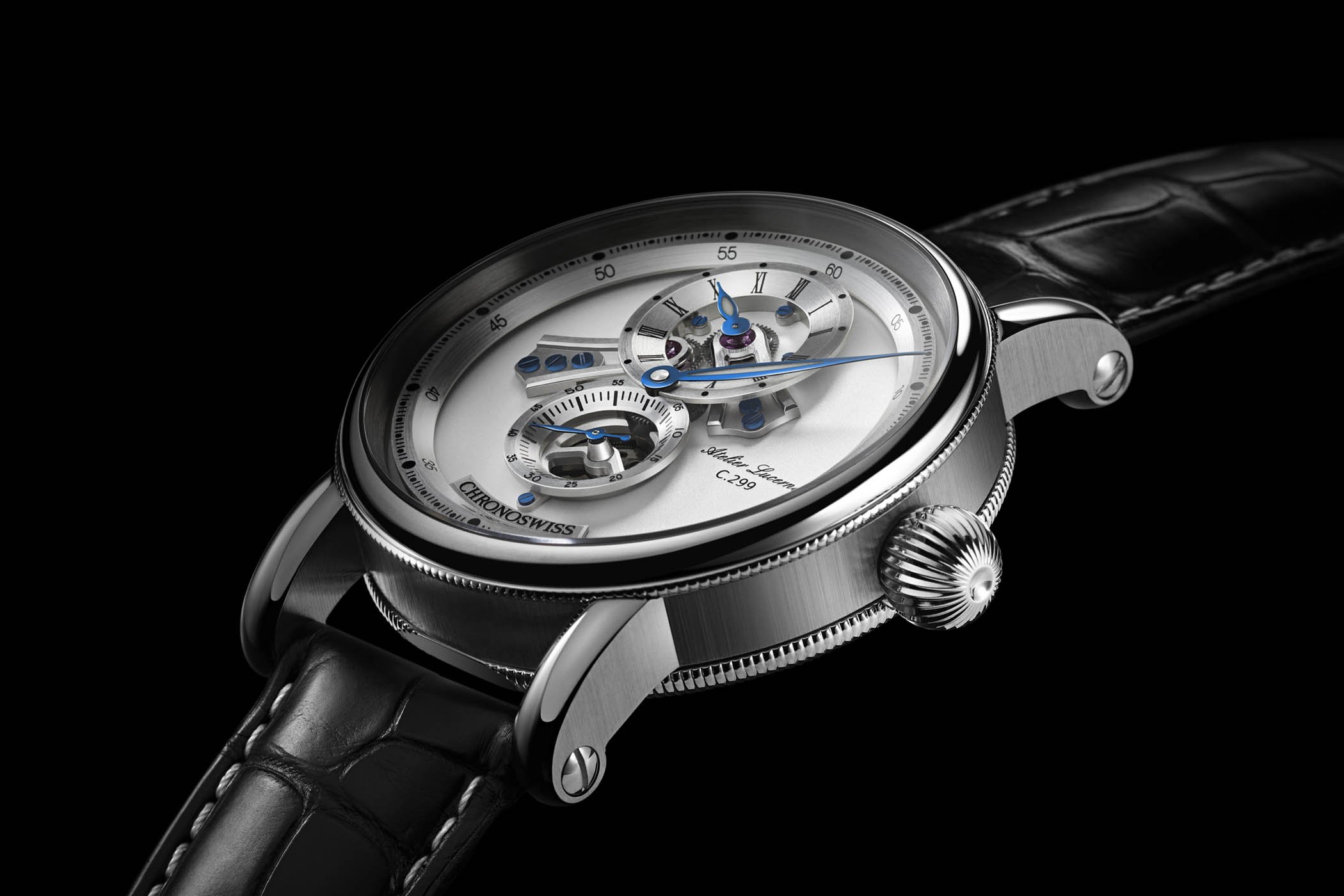 Then, from last year’s follow-up, the Sirius Flying Grand Regulator Skeleton, Chronoswiss have cutout the interior section of those sub dials, showcasing the movement underneath.

If the view from the front wasn’t clear enough, they have also fitted an exhibition case back to watch their Caliber C.299 in action. Its basic architecture is the ETA 2895, heavily modified with an entirely in-house regulator mechanism, the whole thing running at 28,800vph and providing a 42 hour power reserve.

As you would expect from an exclusive independent, it is a beautifully finished movement, with some delicate circular graining, and the brand has fitted it with oversize jewels—purely for the aesthetics. 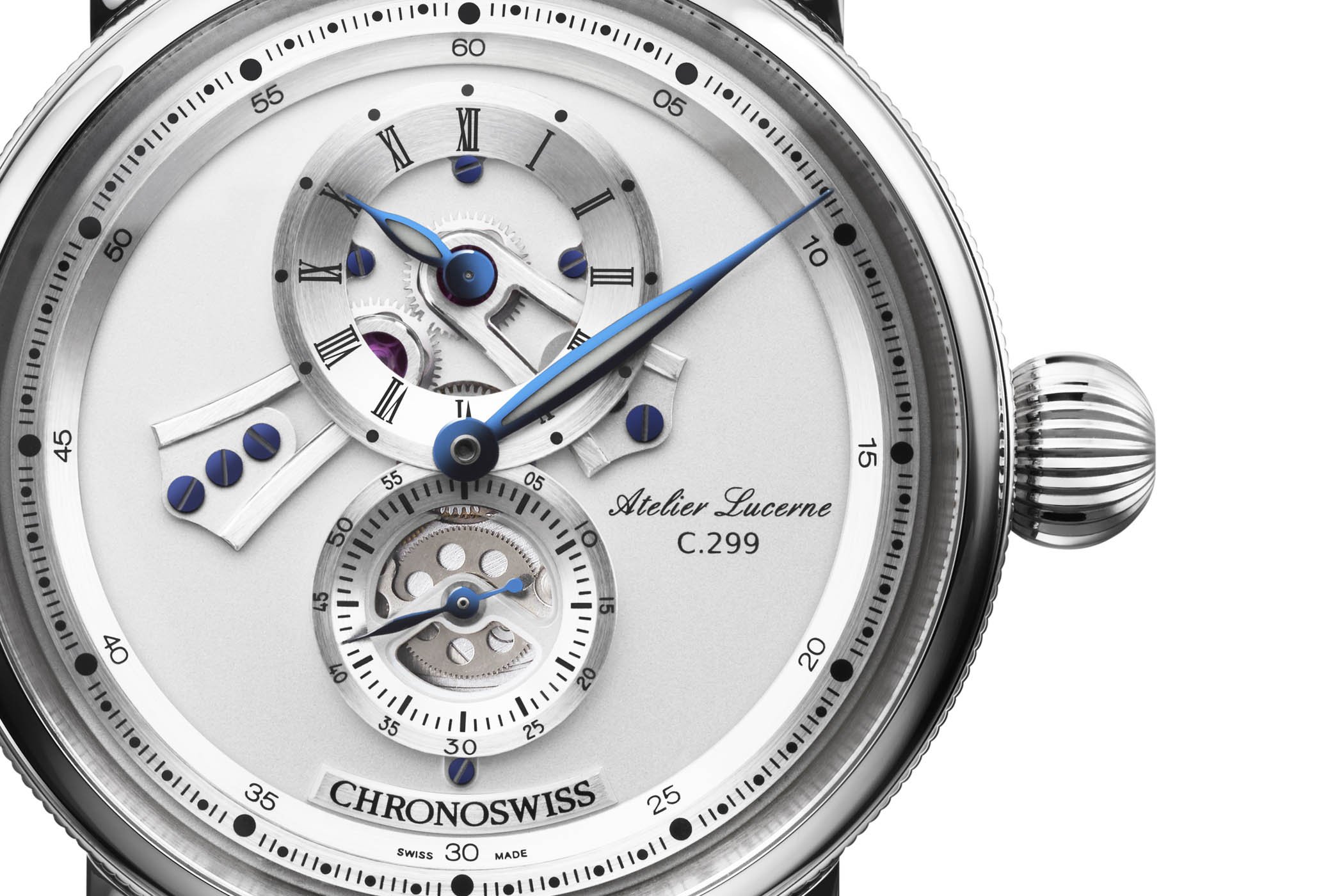 The dial of the Chronoswiss Flying Regulator Open Gear

Up top, the larger hours wheel is given Roman numerals while the seconds has Arabic figures. Both are raised clear of the main dial and their finely angled bridges held in place by blued screws.

The 41mm case is cylindrical in shape, with the trademark knurling around the flanks, and the prominent lugs are screwed to the bracelet with Chronoswiss’s patented Autobloc system.

The full production range is made up of four models. The stainless steel pieces come in a choice of silver, blue or black dials, and there is also an 18k red gold version with a silver face.

On top of that, the brand has issued two special editions. Each limited to a run of just 35, the steel watch again has a silver dial, but the floating outer ring displaying the minutes scale is washed blue. The rose gold piece has a deep blue dial and contrasting silver outer disc. Both have the number 35 picked out in red on their surrounds.

All the iterations are fitted on hand sewn Louisiana alligator leather straps and  feature elegant leaf-shaped hands, either blued or rhodium-plated, filled with generous amounts of lume to aid legibility in the dark.

With prices starting around the $6,500 mark, and with its quirky and not terribly practical complication, the Chronoswiss Flying Regulator Open Gear is not the watch for everyone. But for those after something a little different and unconventional, wrapped up in an exquisitely engineered shell, it is certainly one to keep an eye open for.