Welcome to the second installment of our in-depth look at the history of the Rolex Sea-Dweller. If you haven’t yet, we strongly encourage you to read the first chapter of the series where we cover the Double Red Sea-Dweller ref. 1665 before you begin this article. If you’re already caught up with that one, then let’s get on with our look at the follow-up Sea-Dweller — the ref. 1665 “Great White”. 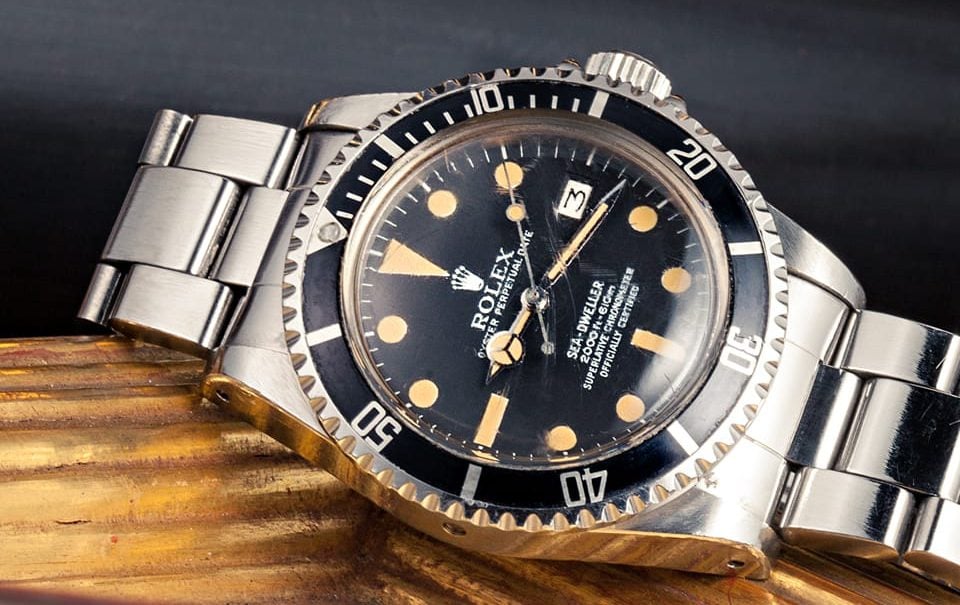 The Stainless Steel SeaDweller 1665 came after the Double Red Sea-Dweller.

The most notable difference was the replacing of the characteristic red text on the dial with white writing. Not only is the “SEA-DWELLER” label no longer in crimson, there’s no “SUBMARINER 2000” designation either. Firstly, the all-white font is the reason that this particular Sea-Dweller ref. 1665 picked up the “Great White” nickname. And secondly, the dropping of the “Submariner” label is a clear indication from Rolex that the Sea-Dweller is a model that will branch out on its own rather than just existing as a modified (and glorified) Submariner. 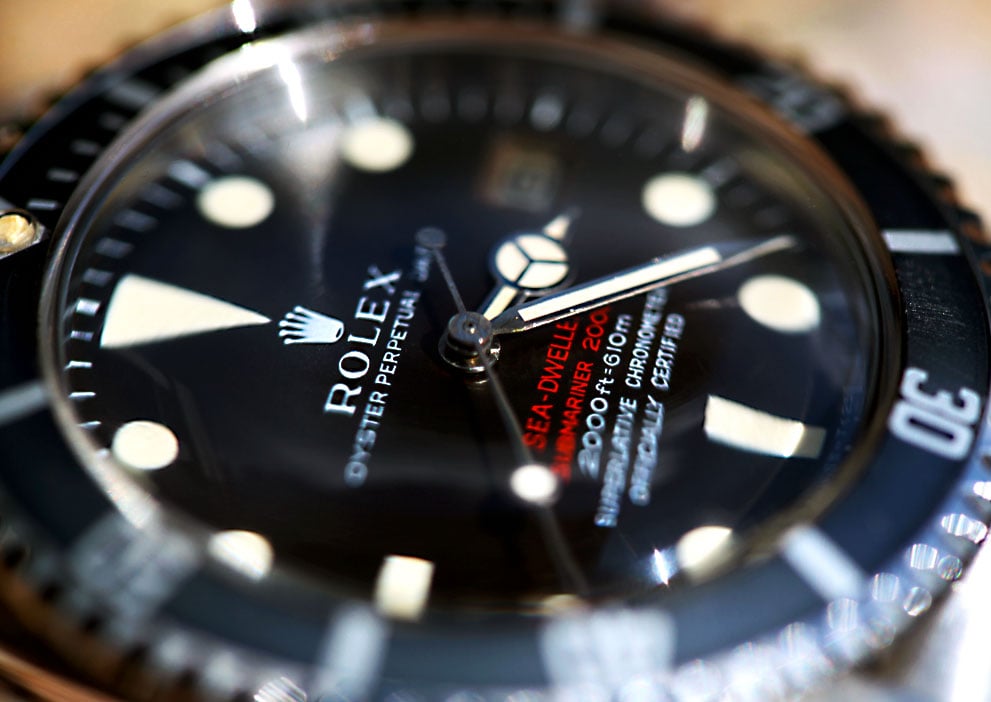 Not only is the “SEA-DWELLER” label no longer in crimson, there’s no “SUBMARINER 2000” designation either.

In fact, the Sea-Dweller ref. 1665 “Great White” did set the tone for future models since the all-white text continued (up until the most recent Baselworld), as did the omission of the Submariner tag.

Also worth mentioning is the modification of the “ROLEX” engraving on the caseback on the newer ref. 1665. While the Double Red Sea-Dweller had the Rolex name engraved straight across, the Great White had it curve along with the periphery of the caseback fluting.

In regards to similarities to the Double Red Sea Dweller, the Great White kept the same Caliber 1575, the super domed crystal, the lack of Cyclops lens, and of course, the Helium Escape Valve (HEV).

Although the Sea-Dweller ref. 1665 “Great White” was in production for less than five years, there are many dial variations to speak of. Five to be exact — Mark 0 to Mark IV. 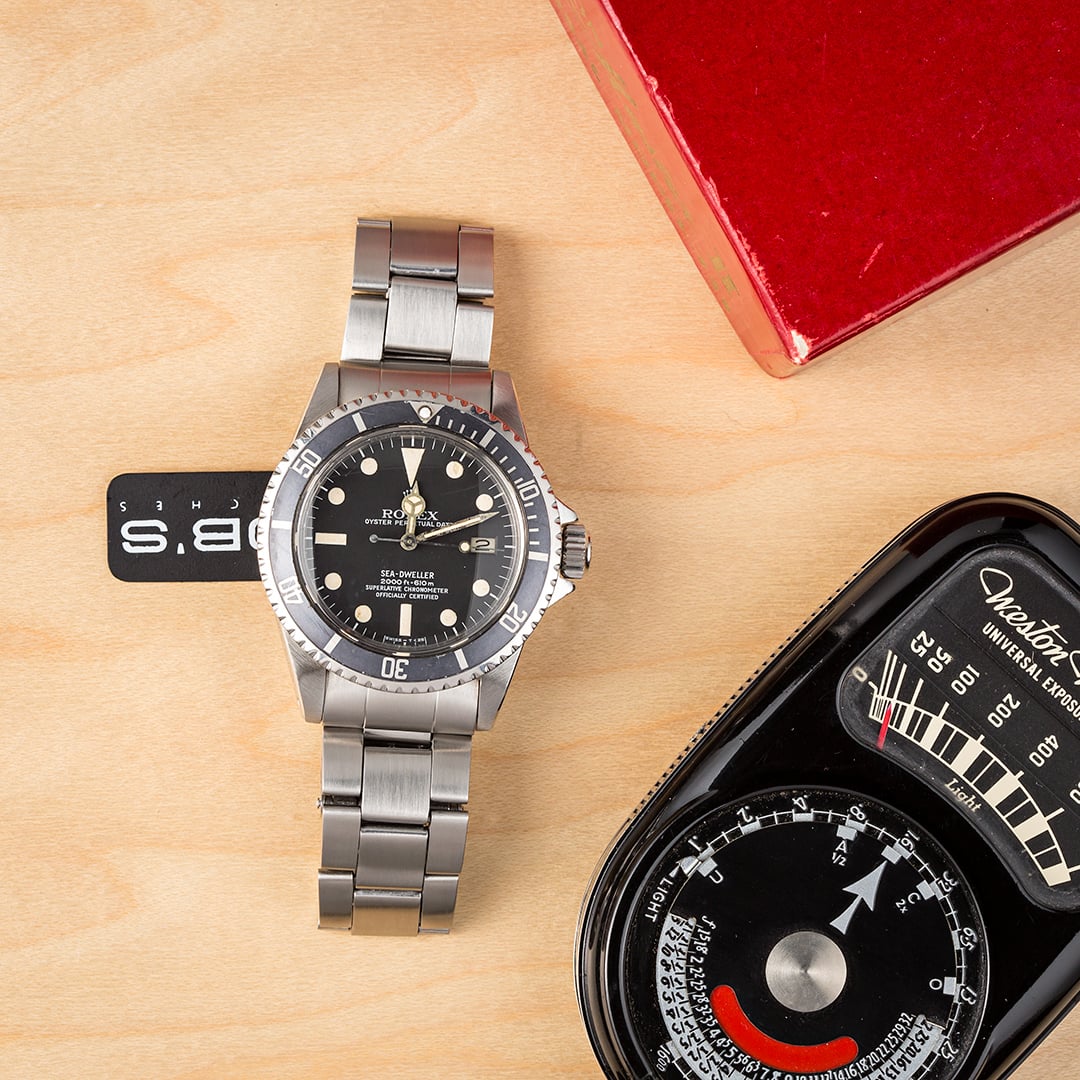 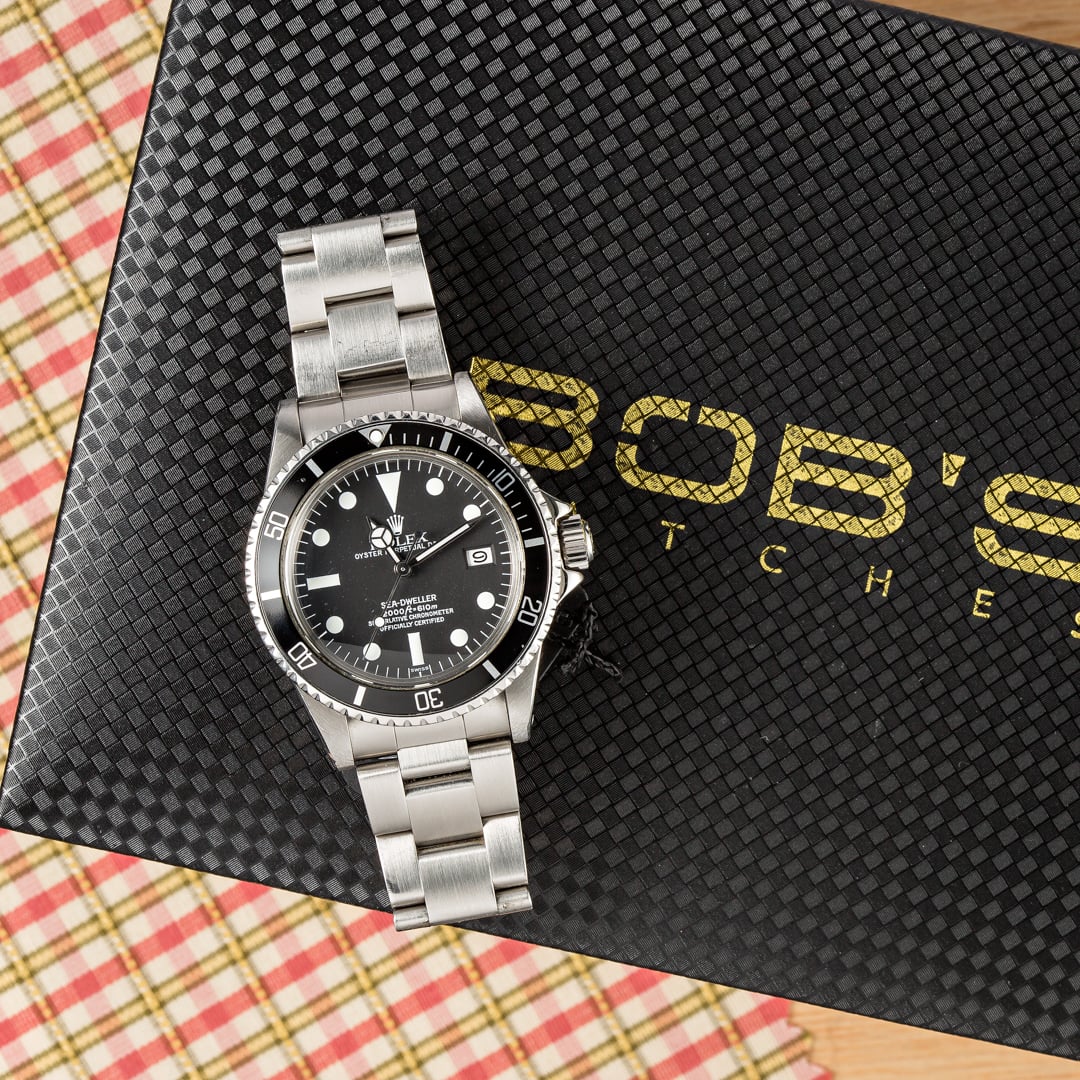 The all-white font is the reason that this particular Sea-Dweller ref. 1665 picked up the “Great White” nickname.

If you want to know why that was, then stick around for our upcoming chapter on the Sea-Dweller ref. 16660 “Triple Six” coming out very soon.