As the old saying goes, “sometimes less is more” and the Panerai “Zero” is a fantastic example of that. Shedding all unnecessary bells and whistles and sticking to just the fundamentals, the PAM000 is the Panerai Luminor in its truest form. Join us as we delve into the Panerai Luminor “Zero” PAM000. 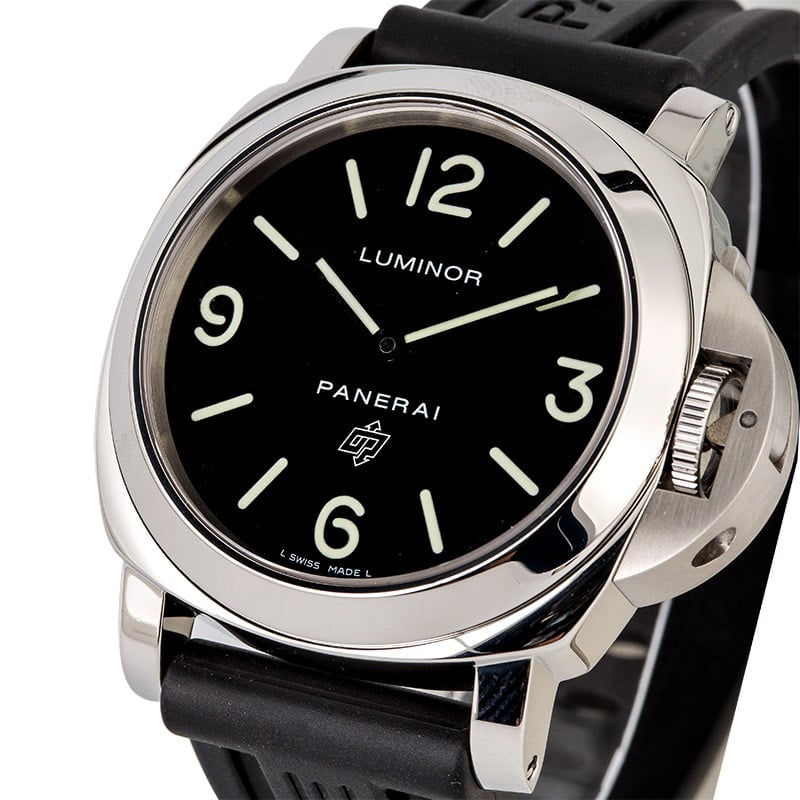 What makes a Luminor a Luminor? Well, first there’s the familiar cushion-shape case with its signature half-moon-shaped, lever-operated crown guard protruding from one side. Then there are the short lugs and the wide, smooth bezel. Of course, there has to be a stark and legible dial, with straight center hands pointing to a mixture of oversized Arabic numerals and simple stick indexes – all coated with luminescence for optimal legibility in the dark. 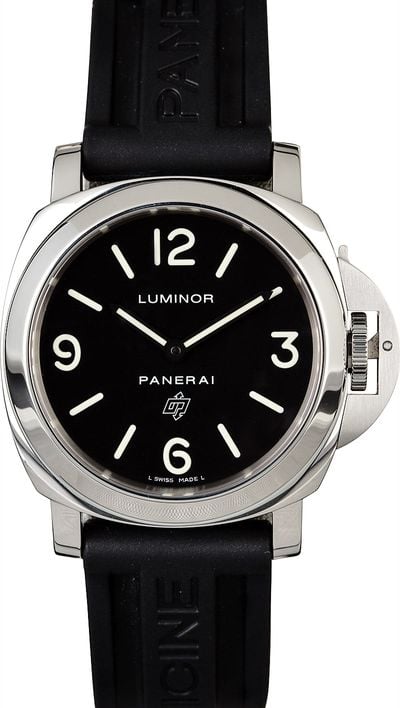 The Panerai Luminor “Zero” PAM000 includes all these details and little else in terms of extraneous design elements to get in the way. Its 44mm stainless steel case is water resistant to 300 meters, and its ultra-clean black dial offers exceptional legibility. As a Base Logo model, the watch features just the hour and minute hands (no seconds indicator), as well as the retro Up/Down Panerai logo just above 6 o’clock.

Unlike other Panerai models that feature a “sandwich” dial, the PAM000 includes a “sausage” dial. To refresh, a Panerai sandwich dial is one consisting of two parts where the bottom plate holds the luminescent material, while the top plate has the indices cut out so that the lume shines through. This technique gives a sunken effect to the hour markers. Conversely, on a Panerai sausage dial – such as the one fitted to the PAM000 – the dial is a single piece, and luminescent material is applied directly to it, which makes the indexes protrude slightly above its surface. 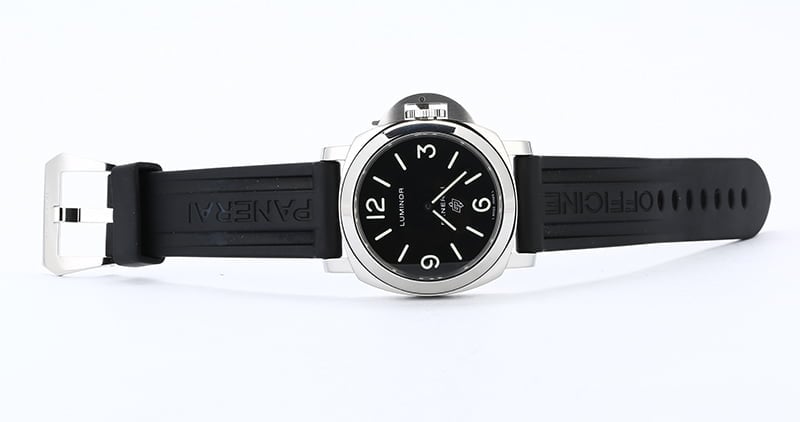 Sitting beneath the steel caseback of the Luminor Base Logo PAM000 is the Caliber Panerai OP I. The Panerai Caliber OP I is based on the reliable ETA 6497-1 hand-wound movement, which was originally designed to be a pocket watch movement (explaining its large size). 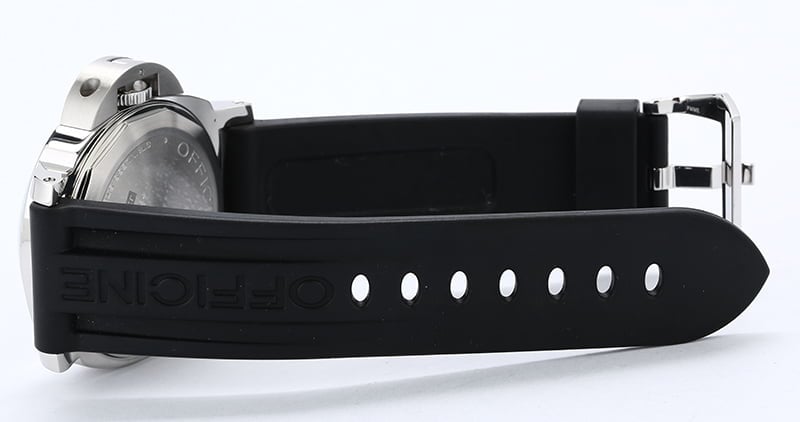 The hand-wound Panerai Caliber OP I movement operates at 21,600 beats per hour (3 Hertz) and offers a 56-hour power reserve. Due to the lack of seconds hand, the movement cannot be certified as a chronometer. Yet, it is a perfectly accurate and reliable mechanical movement out in the real world.

After about a dozen years of production, Panerai ceased manufacturing PAM000 in 2016, when the brand quietly replaced it with the PAM01000. However, due to the PAM01000’s reduced water-resistance rating (100 meters), snap-on caseback, and spring bars instead of screws, the replacement never lived up to its predecessor. It’s clear that among the minimalist Panerai base models, the “Zero” is the hero. 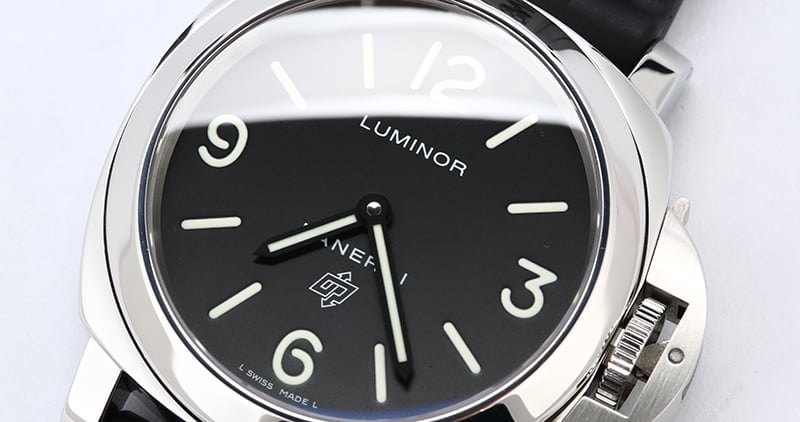 Previous Article Rolex Mark Dials: What They Are and Why They’re Important
Next Article Only Watch 2019: The Watches You Need To Know