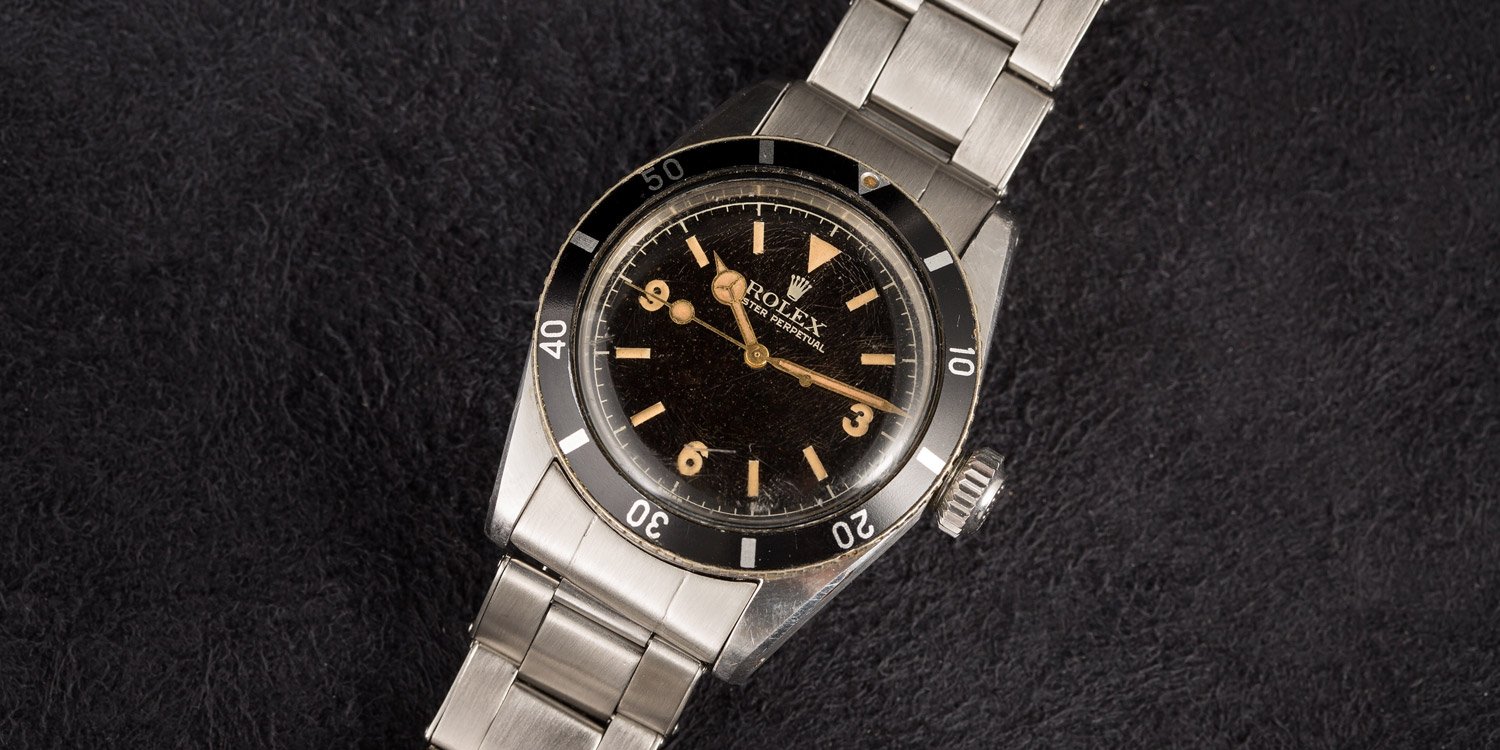 The Rolex Submariner 6200 is a vintage watch that is very difficult to find.

While there is still some debate, it’s widely accepted that the very first Submariner was the reference 6204, which Rolex released to the public in 1953. One year later, Rolex added the Submariner ref. 6200 to the famous family of diving watches. 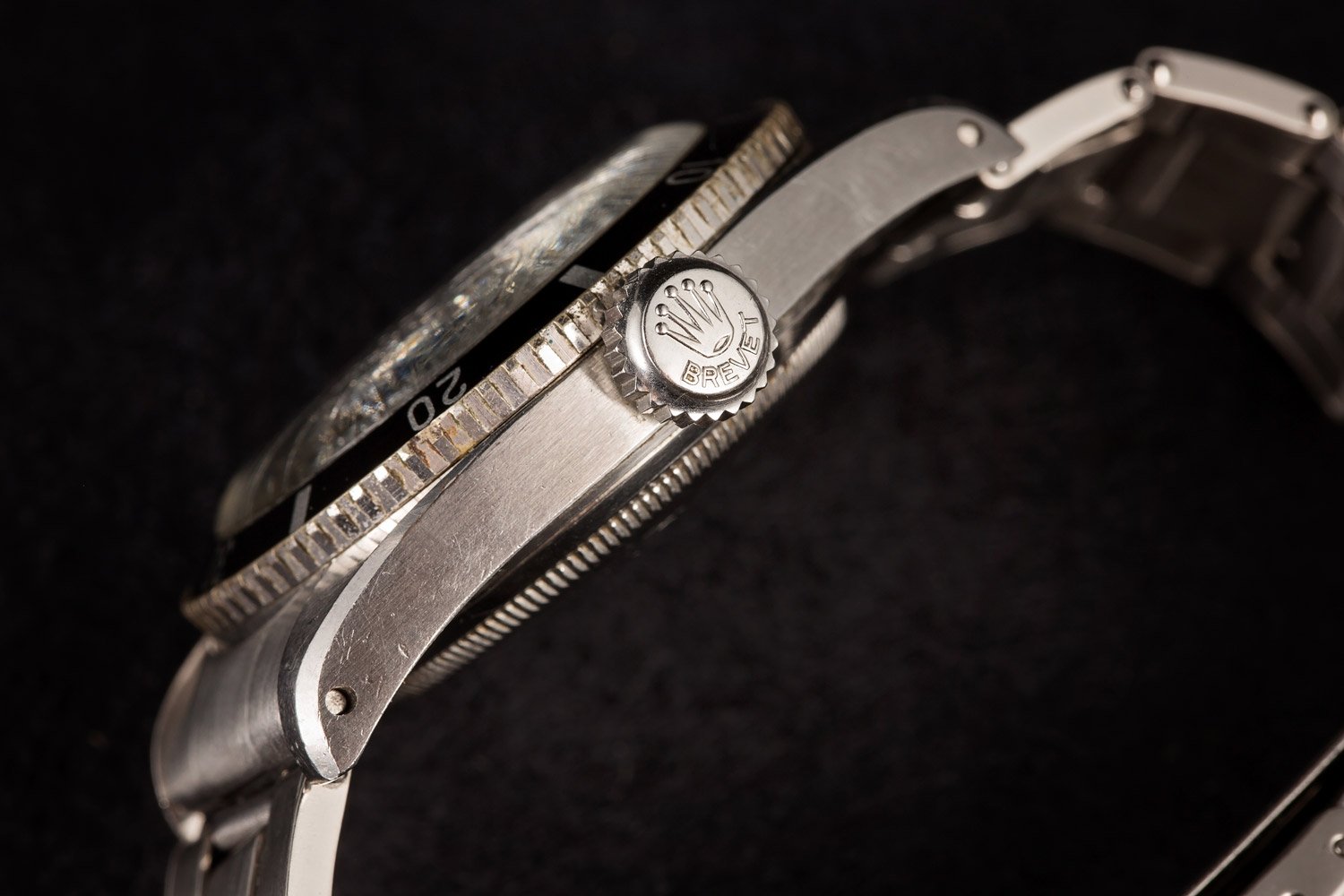 This watch has a nickname for its oddly large crown.

The winding crown includes the Rolex coronet (crown) with the “BREVET” text under it. Brevet is French for patent. 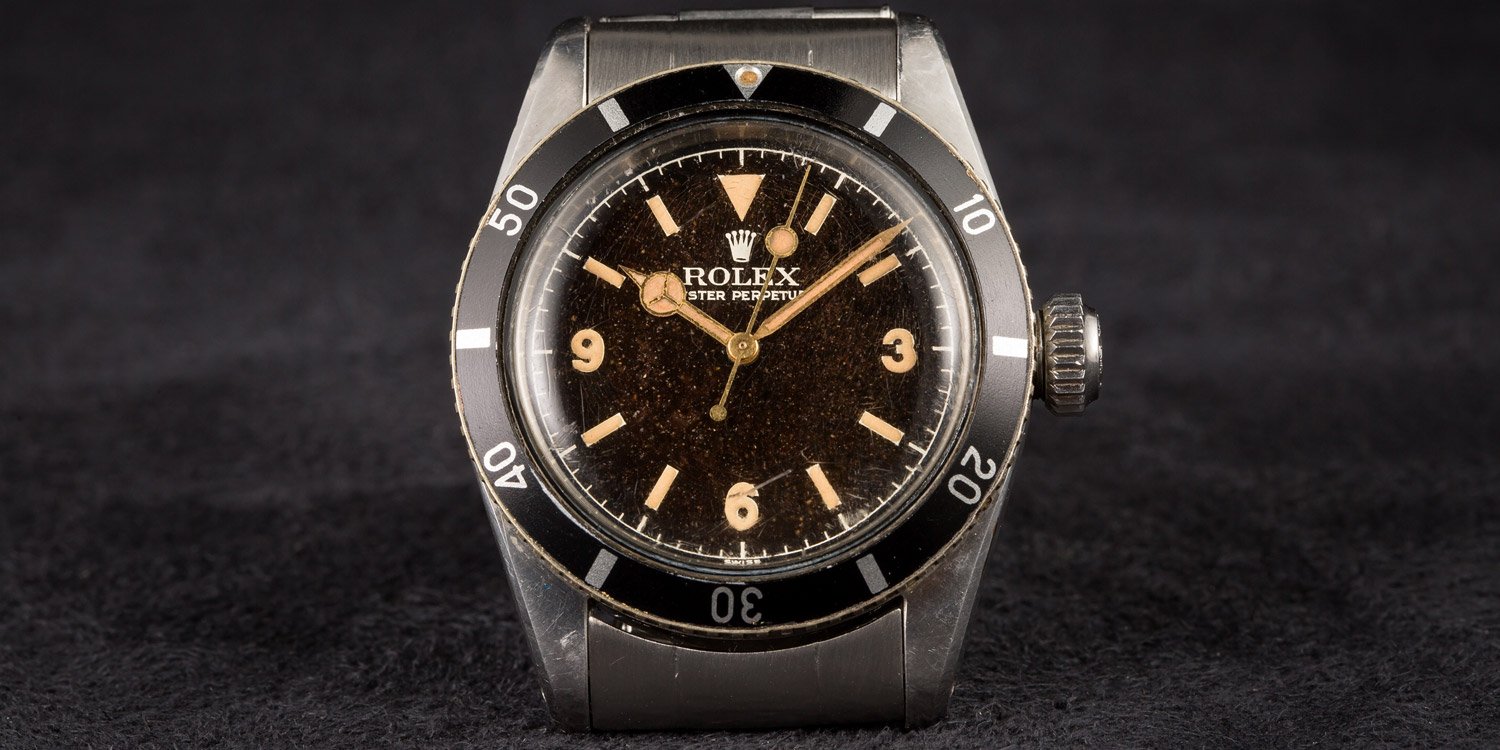 Here is a close up shot of the Rolex Submariner 6200.

Another distinct feature of the Submariner 6200 is its gilt Explorer-style dial with the 3/6/9 numerals along the simple baton hour markers and inverted triangle at 12 o’clock. 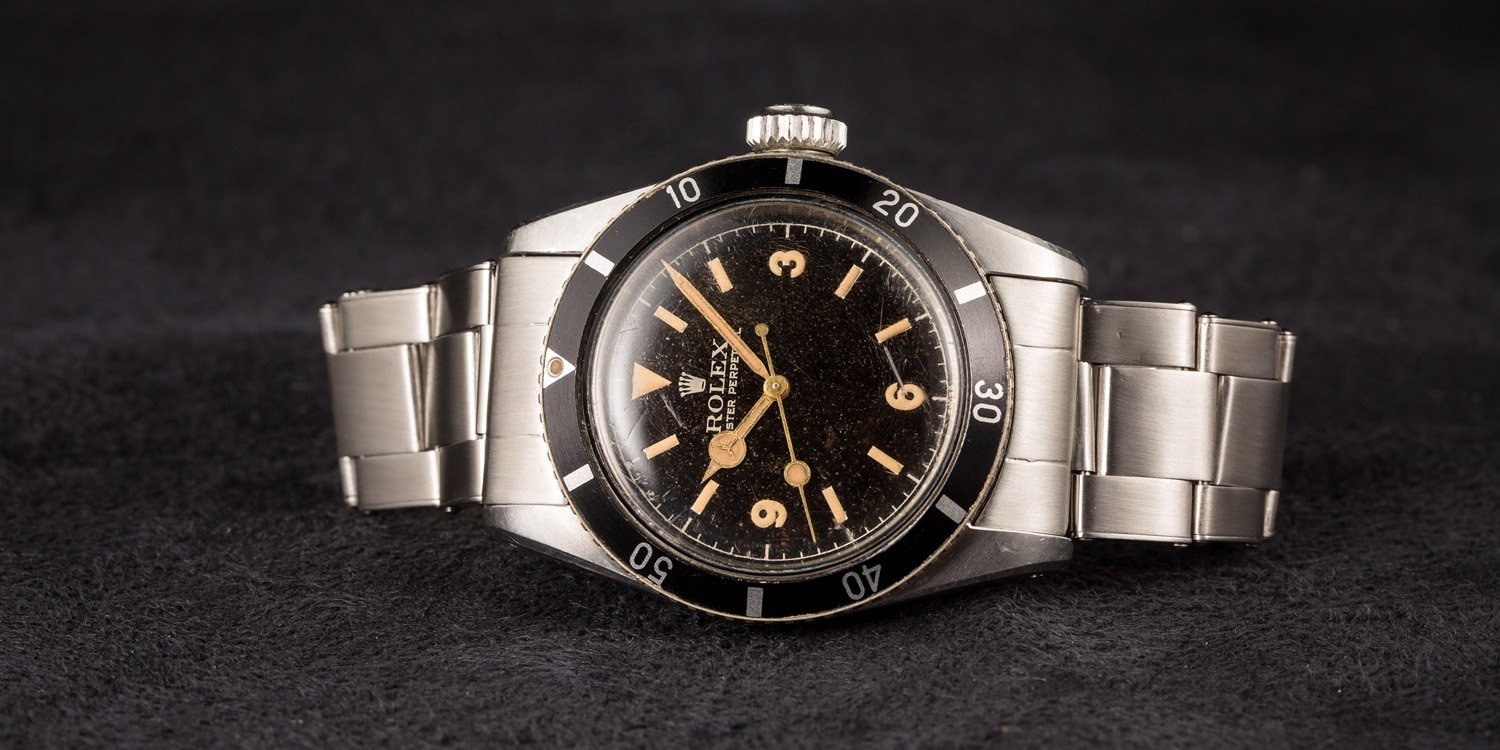 This 6200 does not even have the word “Submariner” on it.

The Rolex Submariner 6200 has a few dial variations

Interestingly, although it is estimated that there are only around 300 examples of the ref. 6200, there are still some dial variations. Some examples have the big logo and “Oyster Perpetual” text under 12 o’clock while some have a smaller logo and text. Some do not have the “SUBMARINER” label above 6 o’clock while others do.

Also, in 2013, Christie’s sold a Submariner ref. 6200 with “Officially Certified Chronometer” text under the “Submariner” label for CHF 485,000. The auction house maintains that this is the only known example of the Submariner 6200 to include the “OCC” text. 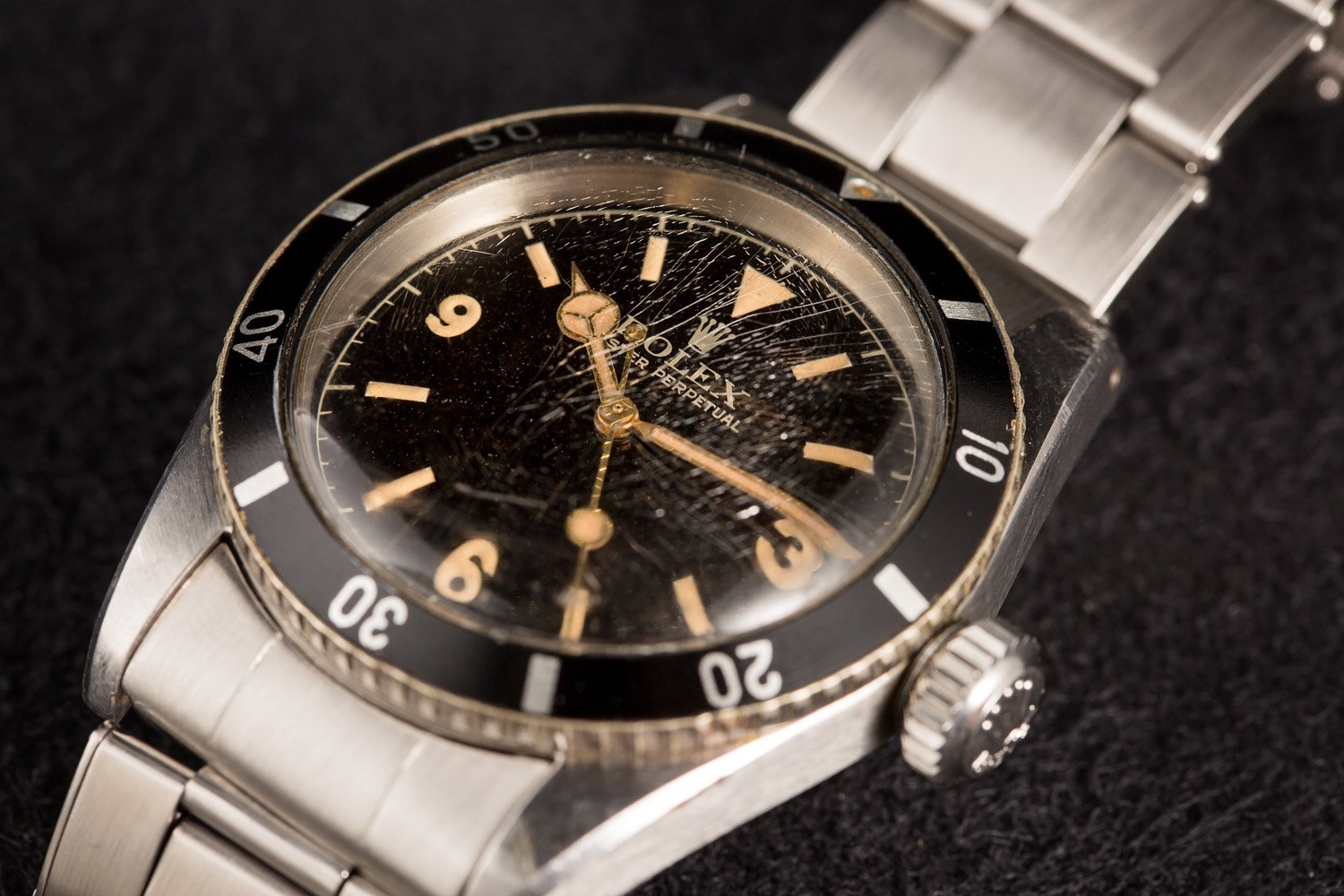 One of the first mercedes hands from Rolex. 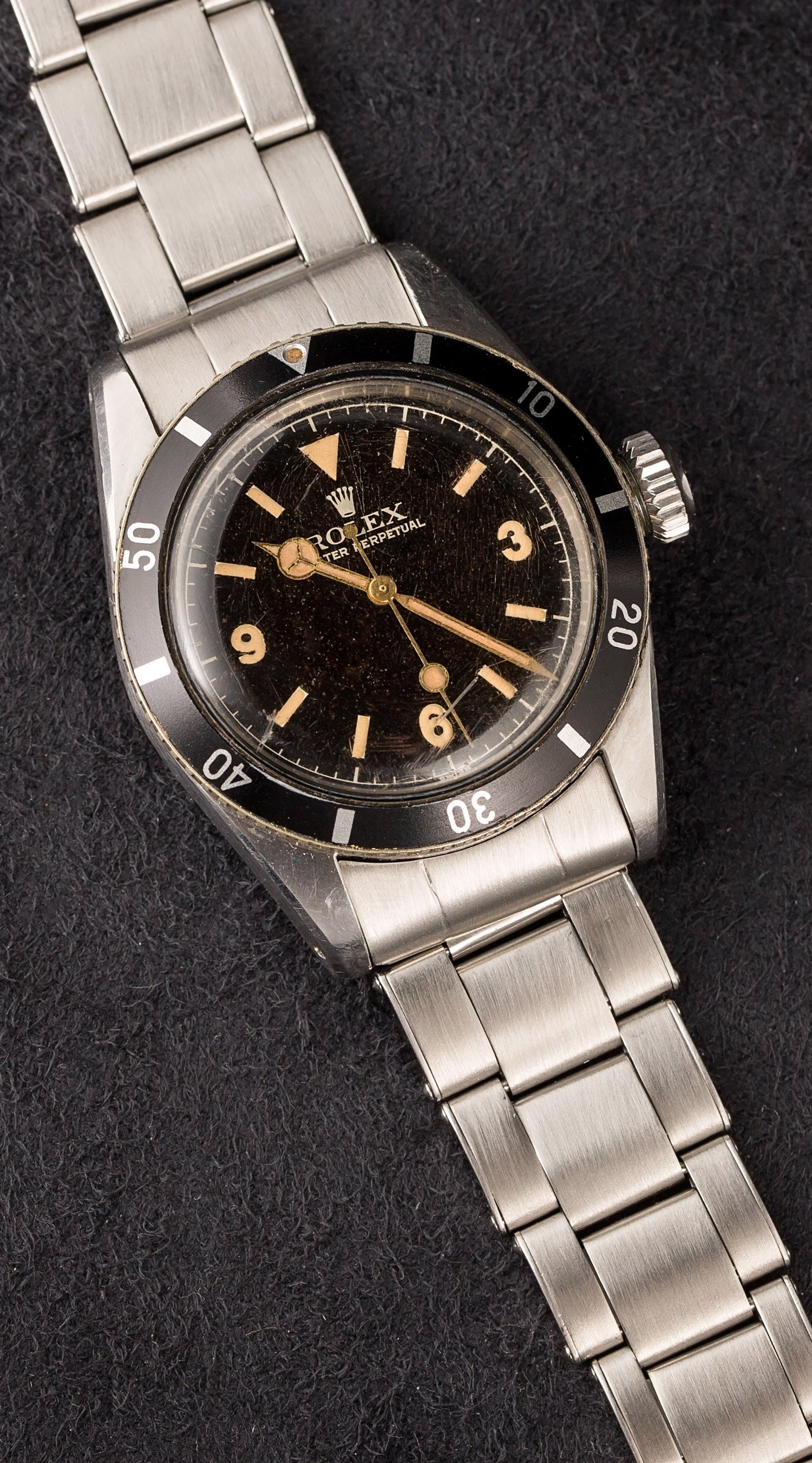 What are your thoughts on the Rolex Submariner 6200? Comment below.

The Rolex Submariner 6200 has a depth rating of 200 meters

Though the Submariner 6200 does not include the depth rating on the dial, it was indeed water-resistant to 200 meters. This is double that of the 100-meter depth rating of its sibling references, the “Small Crown” Sub 6204 and Sub 6205 watches.

Often referred to as the “Holy Grail” of vintage Submariners, the Submariner 6200 is certainly on the wish list of many collectors. A very early example of Rolex’s now-famous diving watch, the Sub 6200 combines many desirable traits all in one must-have timepiece.