Where would Rolex be without the Submariner? The most popular and instantly recognizable dive watch ever made, it is the model against which all others have been measured since it debuted in 1954. However, despite its global fame, the Rolex Submariner has actually seen some controversy during its six-and-a-half decade run. Throughout that time, there have been a couple of introductions that have divided opinions.

One came along in 1969 when the ref. 1680 brought the date function to the watch. Critics seemed to object on two fronts: first and foremost, many believed that there was little to no use for a date display on a dive watch; secondly, others complained that the date window at the three o’clock, and especially the Cyclops magnification lens over the top of it, threw off the overall symmetry of the dial. Undeterred, Rolex simply split the range in half, producing both a date and no-date version from that point on. 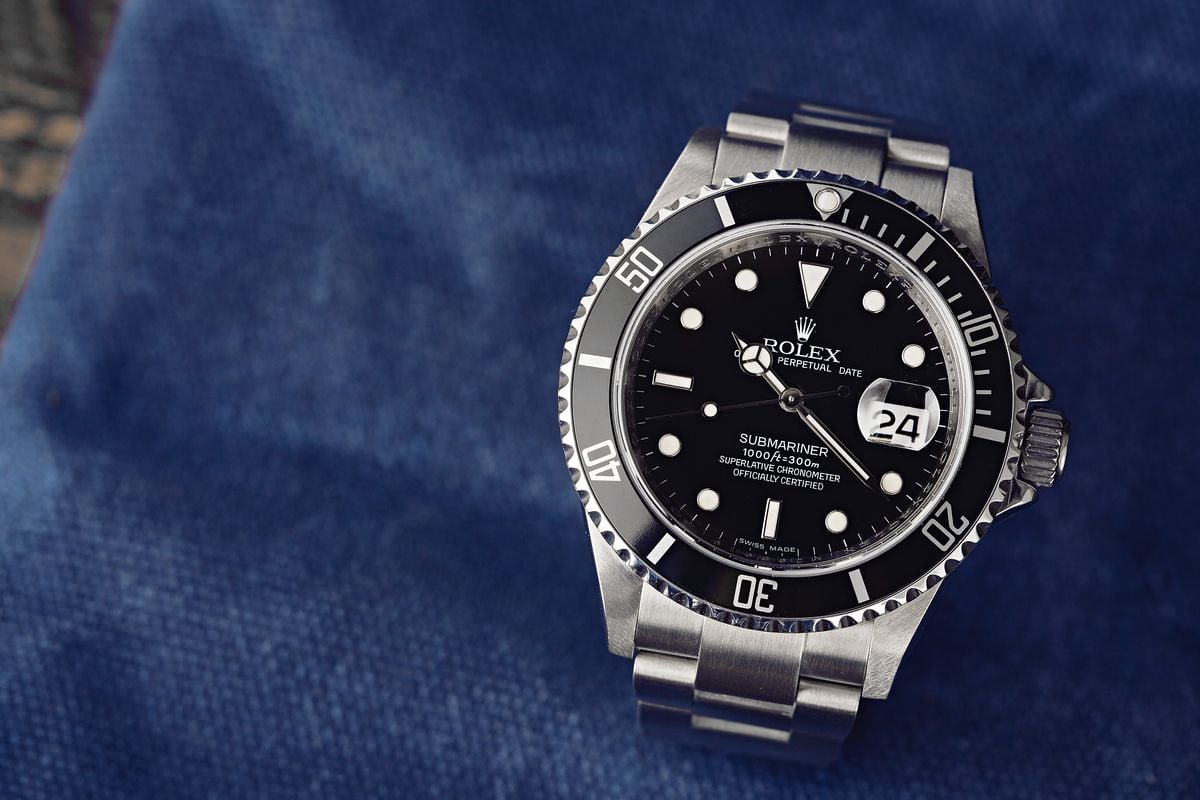 The other contentious move happened with the most recent iteration of the Rolex Submariner. Launched in 2010, the ref. 116610 was released with Rolex’s Super Case, featuring lugs and crown guards twice the thickness of before. A compromise to all those who thought 40mm was too small in the modern age for a sports watch, it stayed the same dimensions on paper but the extra bulk added a significant presence on the wrist. But the graceful sweeping lines of the previous references, which had gone practically unchanged for the last 50-years, were gone and it was a move that lost the Sub as many fans as it gained. 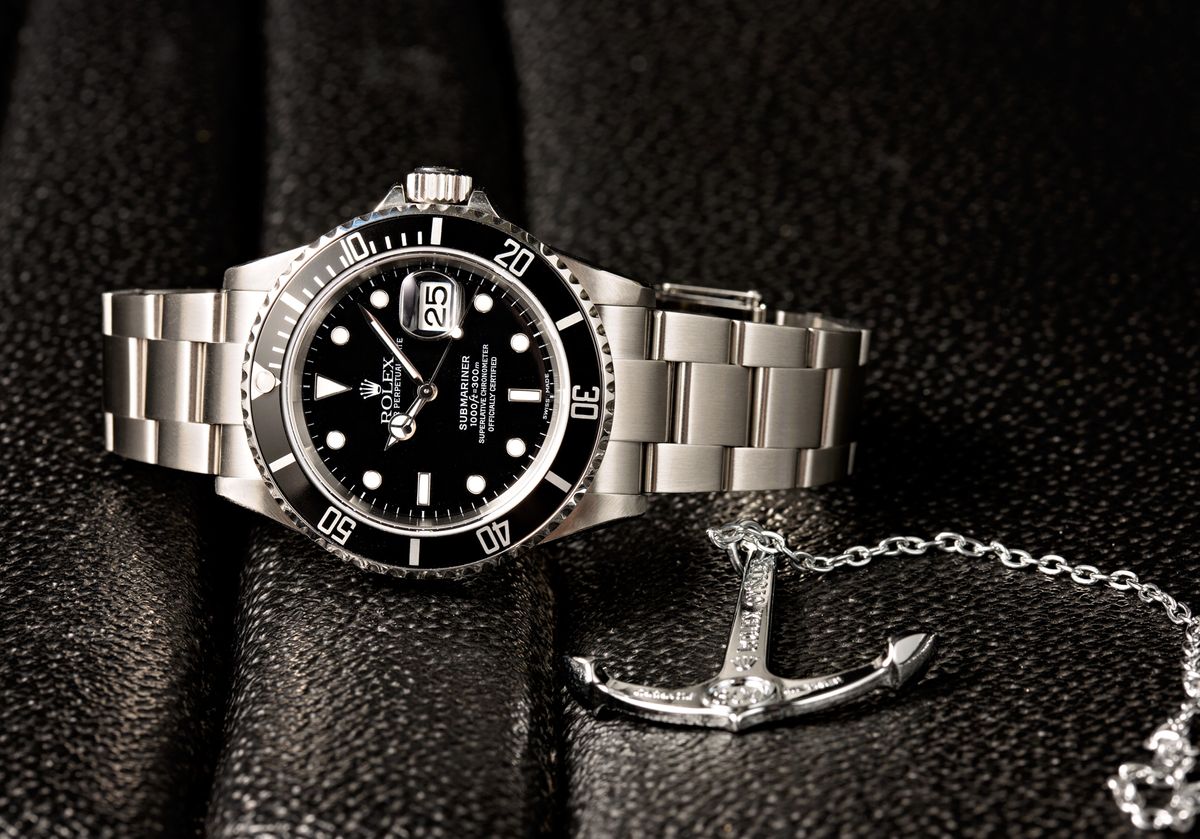 The model which preceded the current one, the reference 16610 was first unveiled in 1989 and has since become highly sought after on the pre-owned market. For a collector, there are a number of plus points in its favor. It has the majority of the modern touches that you need in a tool watch, one you might intend to wear every day, but with just the right amount of vintage nostalgia.

The metal used in for the construction of the Rolex Submariner 16610 is the incredibly resilient 904L stainless steel which is almost exclusively the domain of Rolex. Containing higher proportions of chromium, molybdenum, nickel, and copper than the traditional 316L steel employed by practically every rival manufacturer, it is a much harder metal and more resistant to corrosion. It also has a unique luster when polished, visually setting it apart in a crowded industry.

Inside, the Rolex Submariner ref. 16610 is fitted with the legendary Caliber 3135, commonly regarded as one of the finest mass-produced mechanical movements ever created. The Cal. 3135 is so good, in fact, that it is still the engine inside the latest generation of the date-displaying Submariner, some 30+ years later. 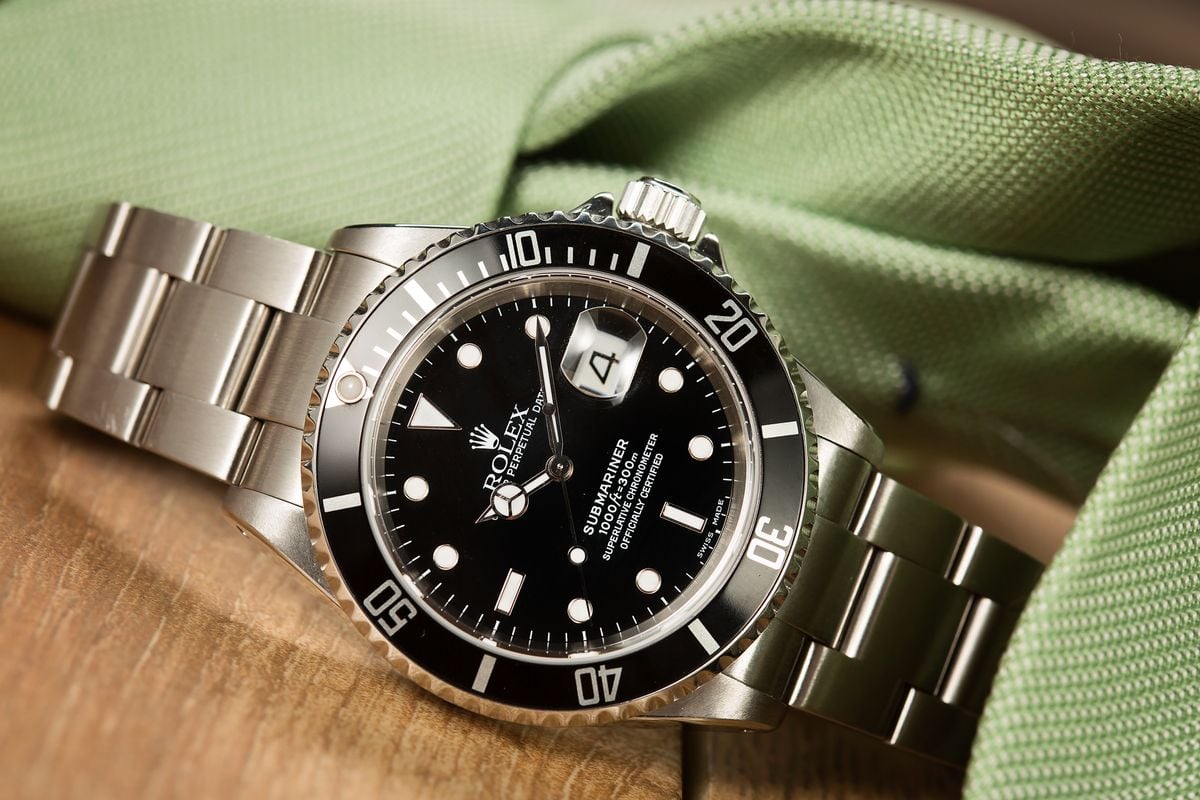 During the model’s tenure, the movement went through a couple of upgrades itself. The original Nivarox hairspring was replaced in 2000 with Rolex’s own Parachrom component, formed from niobium and zirconium, which leaves it completely antimagnetic and around 10 times more impervious to shocks and temperature fluctuations. Five years later, the brand thickened the spring’s oxide coating to further improve stability, which also resulted in it changing color once it reacted with the air. It has been known as the Blue Parachrom hairspring (sometimes called Parachrom Bleu) ever since.

While those elements ensure the strength and reliability of the watch, aesthetically, the ref. 16610 has a pleasing retro note to it. That pre-Super Case profile, the one which hasn’t really altered since the entrance of the ref. 5512 at the end of the 50s, is the perfect blend of elegance and strength. Additionally, the hour markers on the Rolex Submariner 16610 are smaller than on the present-day version, which is fitted with what is known as a Maxi dial among modern collectors.  However, the indexes are still framed in white gold, something that Rolex introduced mid-way through the production of the ref. 16800 Submariner that came before. The 18k white gold surrounds for the hour markers provide the watch with a much more elevated appearance than the painted on markers that can be found on the older matte dials. 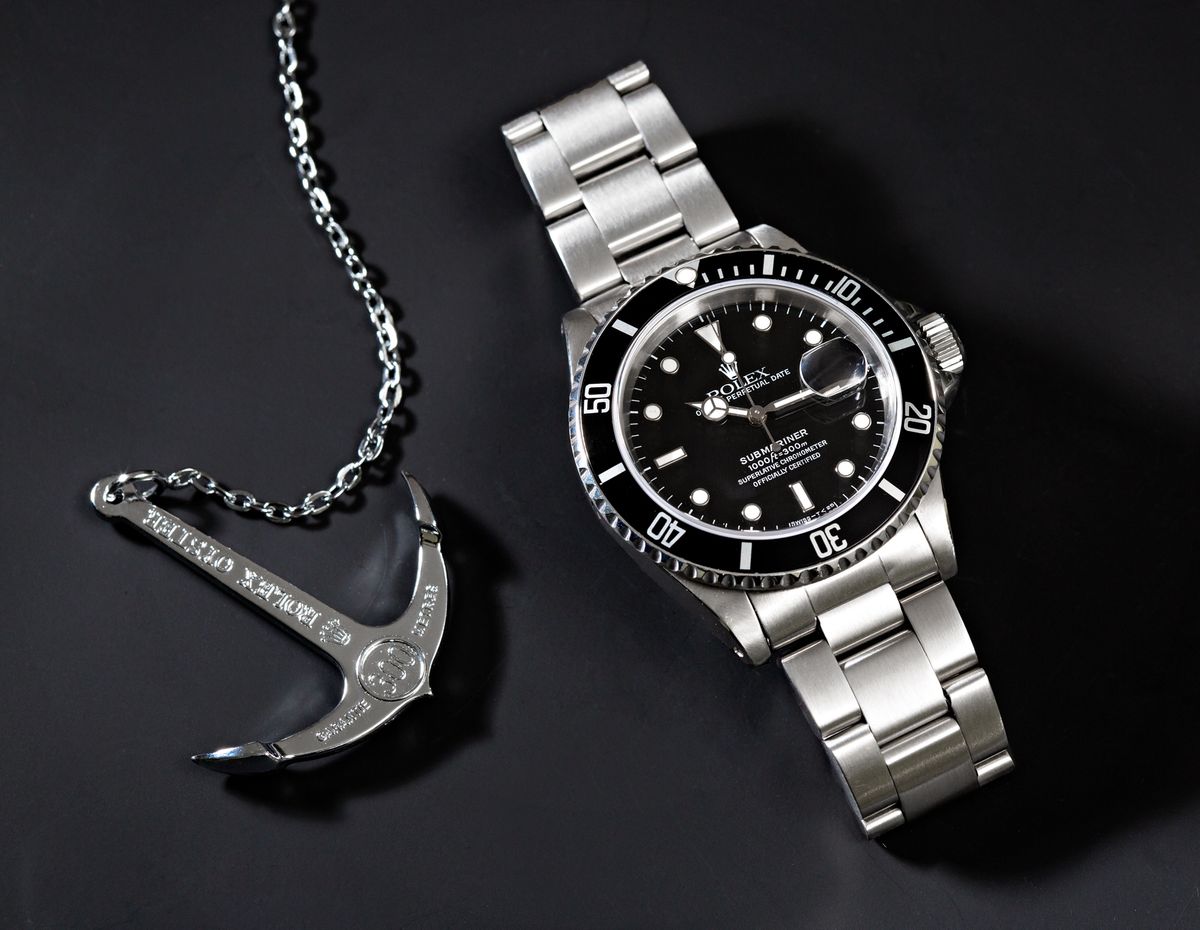 Perhaps the most welcome feature carried over from yesteryear on the ref. 16610 is the bezel insert. Many of the newest pieces in Rolex’s Professional collection, including the Submariner, now have their bezels constructed from Rolex’s proprietary Cerachrom ceramic – a material which is highly scratch-resistance, and that is guaranteed not to fade after prolonged exposure to saltwater or UV light. While Cerachrom is superior from a performance and longevity standpoint, it does slightly detract from the watches developing their own individual character, the kind formed by the odd knock or graze that gives each one a story and life of its own. A Cerachrom bezel 50-years from now will look virtually identical to a brand-new one straight off the production line, regardless of how interesting a life it has led.

While ceramic bezels will more-or-less never age, the complete opposite applies to the aluminum inserts used on the ref. 16610 Rolex Submariner. Still very robust, they are more likely to fade in color after spending time under the hot sun or under the waves. These faded aluminum bezel inserts can take on colors ranging from gray to blue, and that special patina is what vintage fans actively seek out – and it is what drives much of the excitement for many collectors. Especially concerning collectible vintage references, it is often not the most pristine examples that command the highest prices, but rather those that have gracefully aged over the years in a highly unique manner. 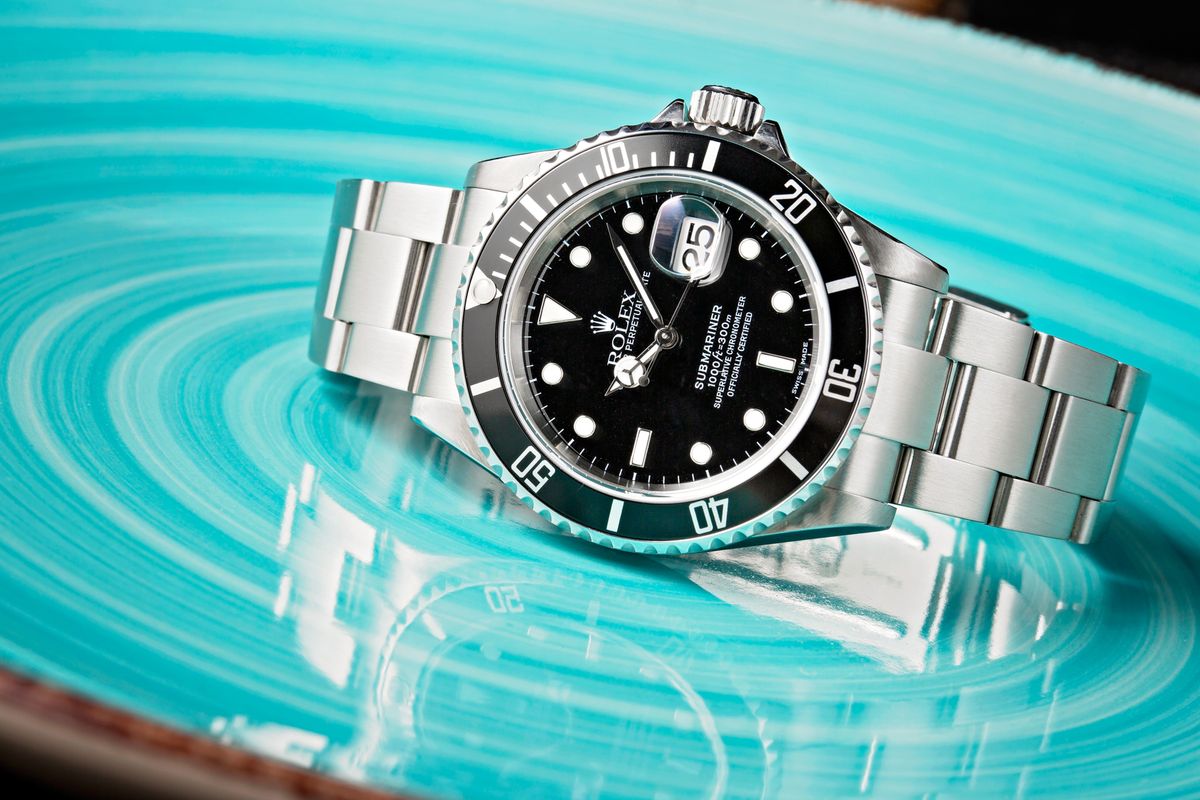 The Rolex Submariner ref. 16610 had a long run, starting in 1989 and going right up until 2010. During that time, as you would expect, it would go through a string of alterations and modernizations. Aside from the new hairspring, the type of lume used on the indexes changed a total of three times.

For the first 10-years, Rolex was still using tritium, which is far safer than the radium used during the 50s and 60s; however, it was actually radioactive. Dials of this type are marked either ‘T Swiss T’ or ‘Swiss-T<25’ along the very bottom edge, below the six o’clock. After that, Rolex made a brief switch to a substance called LumiNova, a photoluminescent paint that was completely non-radioactive. These dials, made from roughly 1998 to 2000, are signed simply ‘SWISS’. Finally, starting around 2000 and continuing until the end of the ref. 16610’s production, Rolex changed the luminous material again, this time to Super-LumiNova. Virtually identical to the outgoing photoluminescent material, you can identify these models with the ‘SWISS MADE’ text at the bottom of their dials. 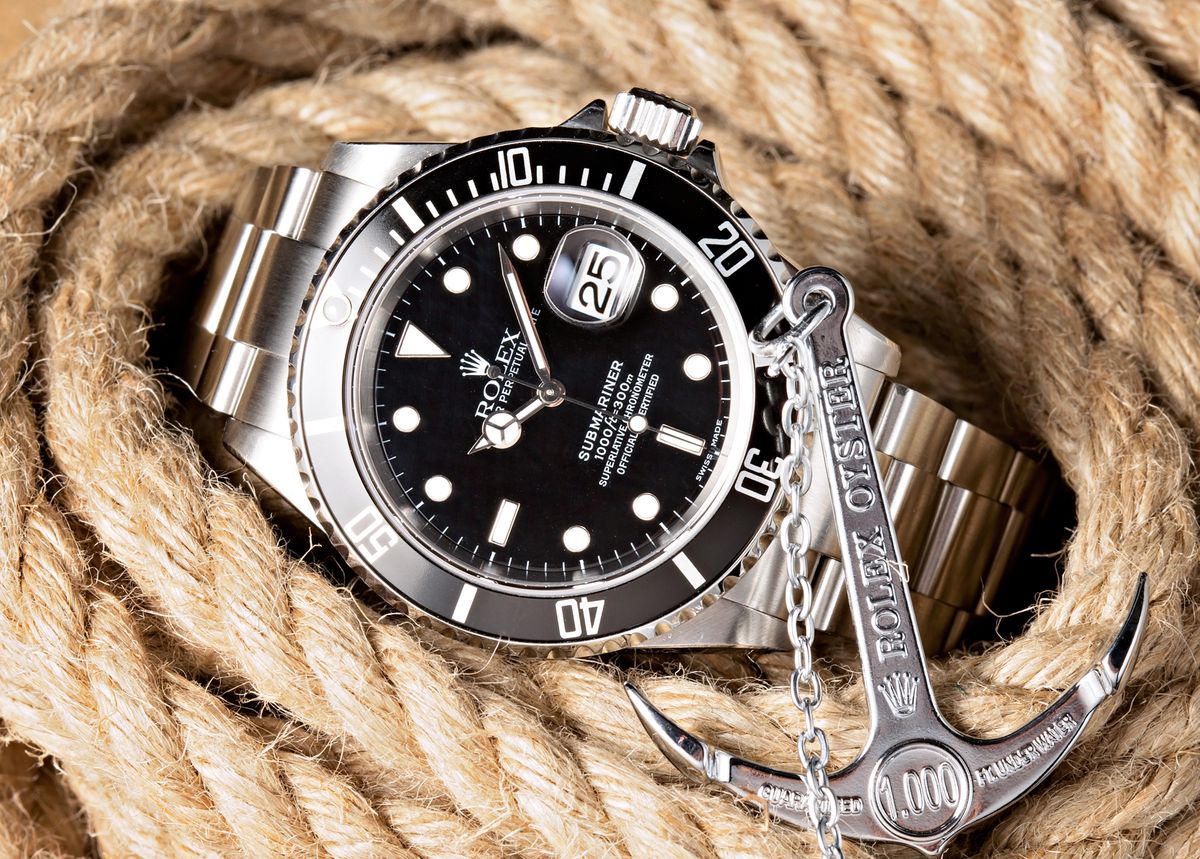 Around 2007, the Rolex also started engraving their name and the watch’s individual serial number around the inner bezel ring encompassing the dial (known as the rehaut). It was a move taken to try and foil the counterfeiting operations that have long dogged Rolex, and the Submariner in particular (the Sub holds the dubious honor of being the most forged watch of all time). Additionally, the inner bezel engraving also helped protect the watch’s ever-important serial number from getting worn and difficult to read, which sometimes occurred with its previous placement of between the lugs on the 6 o’clock side of the case.

The bracelet went through a couple of improvements as well. Only ever issued on the classic three-link Oyster bracelet (much like other Rolex watches from the brand’s ‘Professional’ collection), it would be given solid end-links links from around 2000 onwards. Prior to that, the end-links were separate pieces from the rest of the bracelet and were hallow in their design, and their primary purpose was to fill the gap between the lugs, rather than being a structural component of the bracelet. However, completely solid bracelet links and the Glidelock extension system didn’t make it onto the ref. 16610, and it wouldn’t be until the release of the current model, that the Rolex Submariner received the style of bracelet that it has today.

>Lastly, the case of the Rolex Submariner 16610 still had lug holes all the way up until 2003. While the small holes on the sides of the lugs result in a slightly less refined, and more tool-like appearance, they are now one of those little details that are beloved by today’s collectors. Additionally, they are also a feature that makes swapping out straps and changing bands significantly easier. 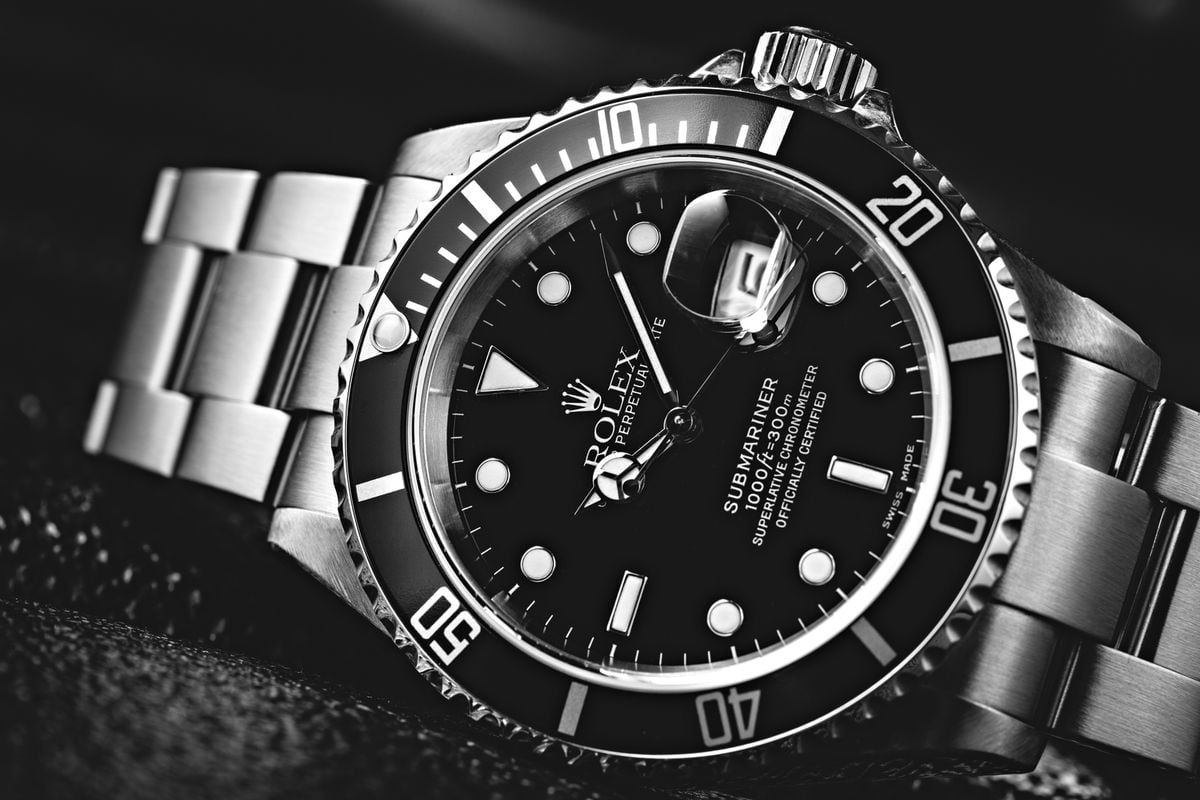 Overall, Rolex Submariner ref. 16610 is often considered the last of the best. What the watch loses in contemporary touches like the ceramic bezel, it gains back in classic styling elements and a more graceful silhouette. On top of that, it is powered by the longest-serving and most battle-ready movement Rolex has ever made, and the watch itself is forged from a kind of stainless steel that is practically bombproof. The simple yet classic look has proven itself to be truly timeless; whether worn with a business suit or a wetsuit, the Rolex Submariner can match with anything.

Best of all, over its 21-year term, there were many examples produced, leading to no shortage available on the pre-owned Rolex market. You can pick up your own example of this vital chapter in the Submariner’s story for less than $7,000. For one of the great references of the undoubtedly most iconic dive watch of them all, that is an absolute bargain. 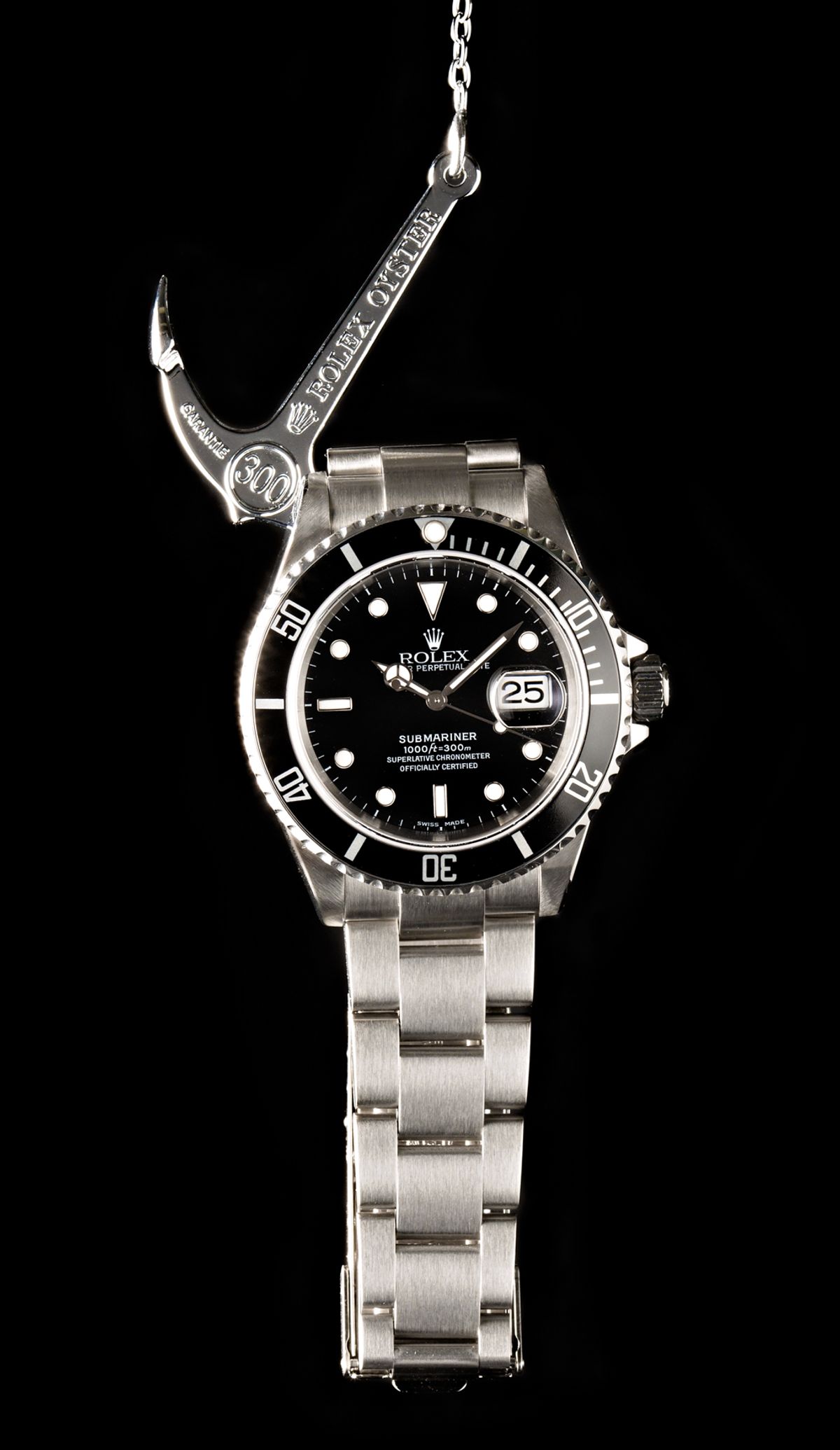