Up there with a reputation for making some of the finest watches in the business, the one thing everyone seems to know about Rolex is their insistence on obsessive secrecy. While this aura of the strong and silent type has gone a long way in securing their enigmatic status, it gives some people a certain license to make up their own stories about the brand, unencumbered by anything as mundane as facts, safe in the knowledge they’re unlikely to be corrected officially. 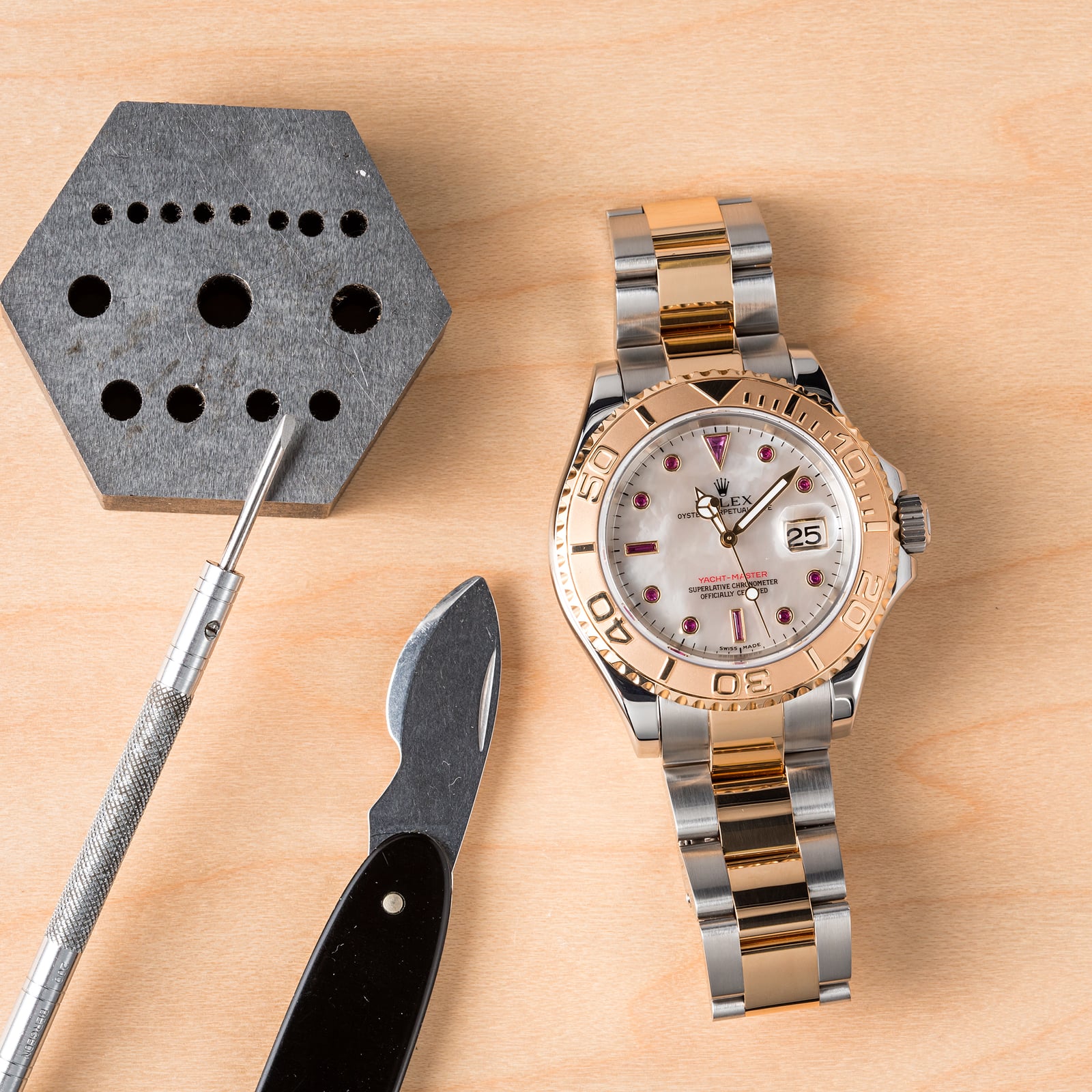 There are many variations of the Yacht-Master ref. 16623.

One of these countless rumors, which you can choose to believe or not as you see fit, is concerned with the inspiration behind the Yacht-Master ref. 16623 by Rolex.

There is a story that during the eighties, Rolex was looking to completely transform the design of their most iconic watch, the Submariner, because…well, who knows? The Sub had been the brand’s most beloved and successful creation pretty much since its birth. Revamping its design would have been as unthinkable and ridiculous as changing the recipe for Coca Cola.

Perhaps learning from the debacle and utter blind fury that greeted the launch of ‘New Coke’ in 1985, Rolex decided against the introduction of a modernized Submariner, but didn’t want to altogether shelve the latest design they had crafted. In the end, it was decided this new model could be touted as a more luxurious nautically themed watch; no longer a tool for underwater adventurers, but something set to look more at home on a polished teak deck or lounging in the privileged environs of the yacht club.

Whether there’s any truth to the story (and there might be, the eighties were full of strange decisions like that) the one thing that’s certain is that the 1992 launch of the Yacht-Master ref 16628 marked the first entirely new watch to emerge from Rolex since the Daytona in 1964. 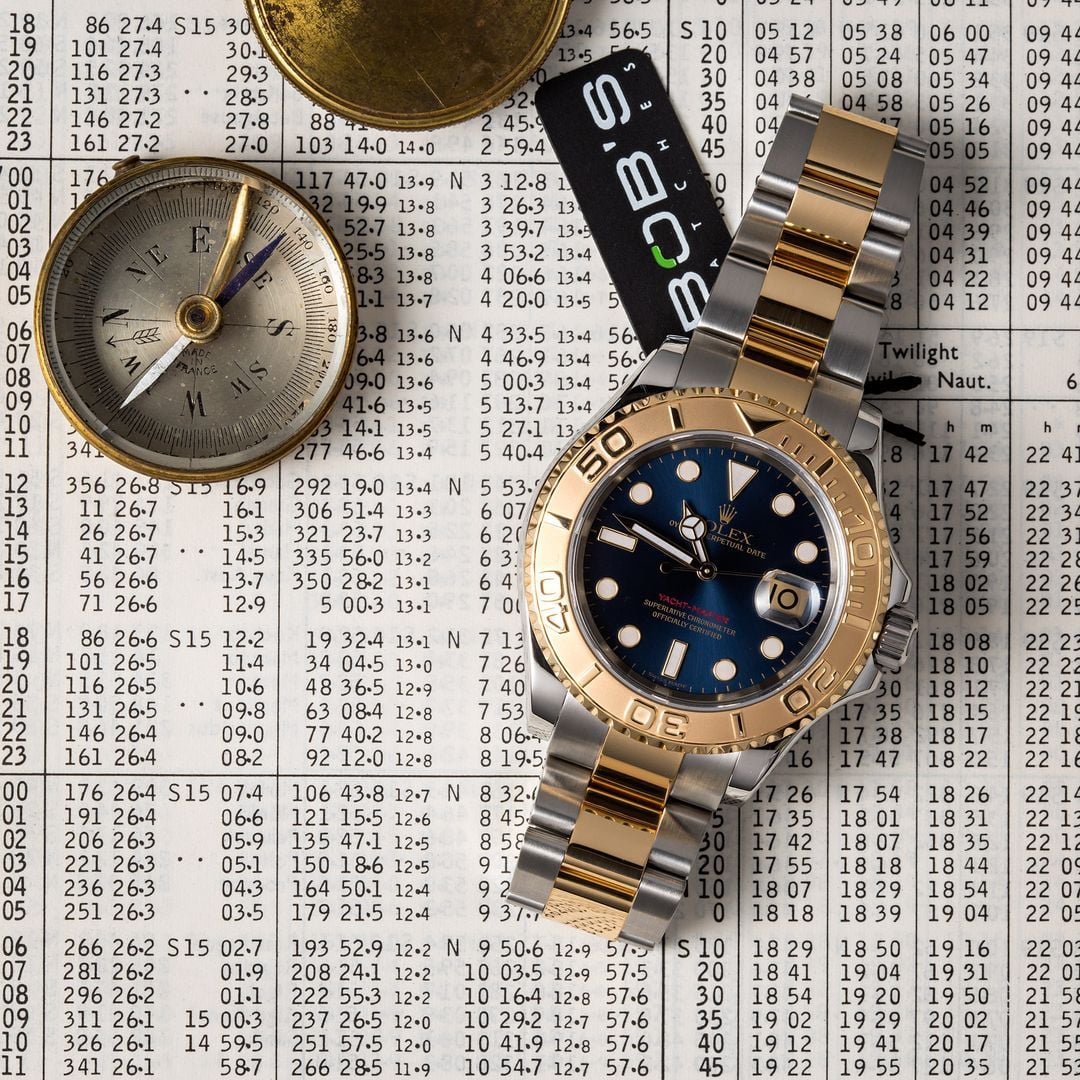 Rolex doesn’t rush themselves to bring out all-new watches. After the Yacht-Master, it would take them a further 20 years to produce another one, when the Sky-Dweller put in an appearance in 2012. Their ethos has always been one of relentless improvements to existing designs rather than constantly trying to reinvent the wheel. It’s a philosophy that has worked spectacularly.

Of course, in the Yacht-Master’s case, ‘new’ is a fairly loose term. When the 16628 was unveiled, the similarities to the Submariner were glaringly obvious, in an ‘if it ain’t broke’ kind of way. Rolex made just a few distinctions between the two; initially only available with an 18k gold case, it was water resistant to 100m as opposed to 300m for the diver’s watch. The solid gold bezel rotated in either direction, rendering it of little use for underwater timing, while softer, more rounded dimensions underlined its luxurious aspirations. Other than that, the two watches shared a movement, the caliber 3135, along with similar hands and an identical dial layout.

If the Submariner was a Land Rover, elegant in a tough, utilitarian, getting-things-done kind of way, this new Yacht-Master had the opulent bearing and imperious manners of a Range Rover—still extremely capable underneath, but a bit too pretty to go anywhere near the rough stuff.

Perhaps because of its close resemblance to the Submariner in every way except price, the Yacht-Master has never quite matched its incredible popularity, although initial waiting lists were formidable on its release. Over the years, Rolex crafted the watch from a variety of precious materials, including their two patented alloys Rolesor and Rolesium, a combination of gold and steel, and platinum and steel respectively. The Yacht-Master also became the first Oyster Professional watch to be made available in a mid-size at 35mm, alongside the ladies and full-size men’s models. 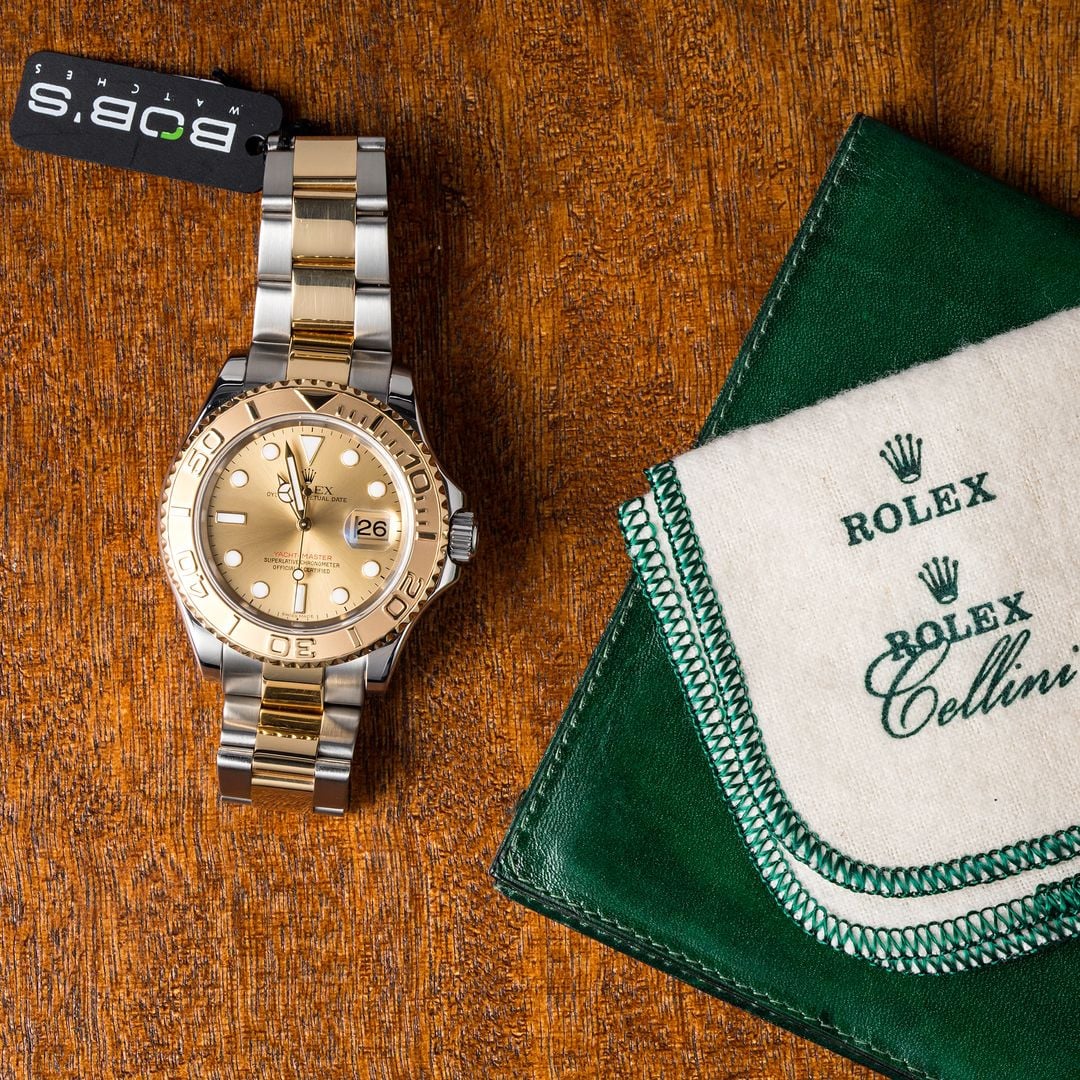 The Yacht-Master ref. 16623 is a very close brother to the Submariner.

In 2005, one of the most enduringly popular versions of the range emerged, the 40mm Yacht-Master ref. 16623. The two-tone Rolesor combination of yellow gold and stainless steel, Rolex’s most recognizable color scheme since its introduction way back in 1933, was perfectly suited to the spirit of the Yacht-Master; classy and luxurious, yet hardy enough to survive a life on the ocean waves. Or at least an occasional regatta.

It was available in several dial configurations—the white, silver and champagne faces remained understated, while the blue, brown and mother of pearl created a more contrasting, eye-catching effect. The gold bi-directional, 60-minute bezel kept its polished and oversized numerals, which, unlike the Submariner, were embossed and raised from the surface.

Inside, the 3135 movement, still used in the latest versions of the watch today, proved itself as ultra reliable as ever. The self-winding, 31-jewel mechanism has been a mainstay for Rolex since it was developed by the company in 1988 and powers more of their line up than any other. For the Yacht-Master, it offered exceptional accuracy, a power reserve of 48 hours, and the KIF shock protection system ensured it was built to last.

On the wrist, its gracefully curved lugs and flatter belly cause devotees to laud it as a more comfortable everyday wear than the Submariner, and the yellow gold on the bezel echoed through onto the center links of the Oyster bracelet, giving the whole watch a less tool-like and more opulent feel. 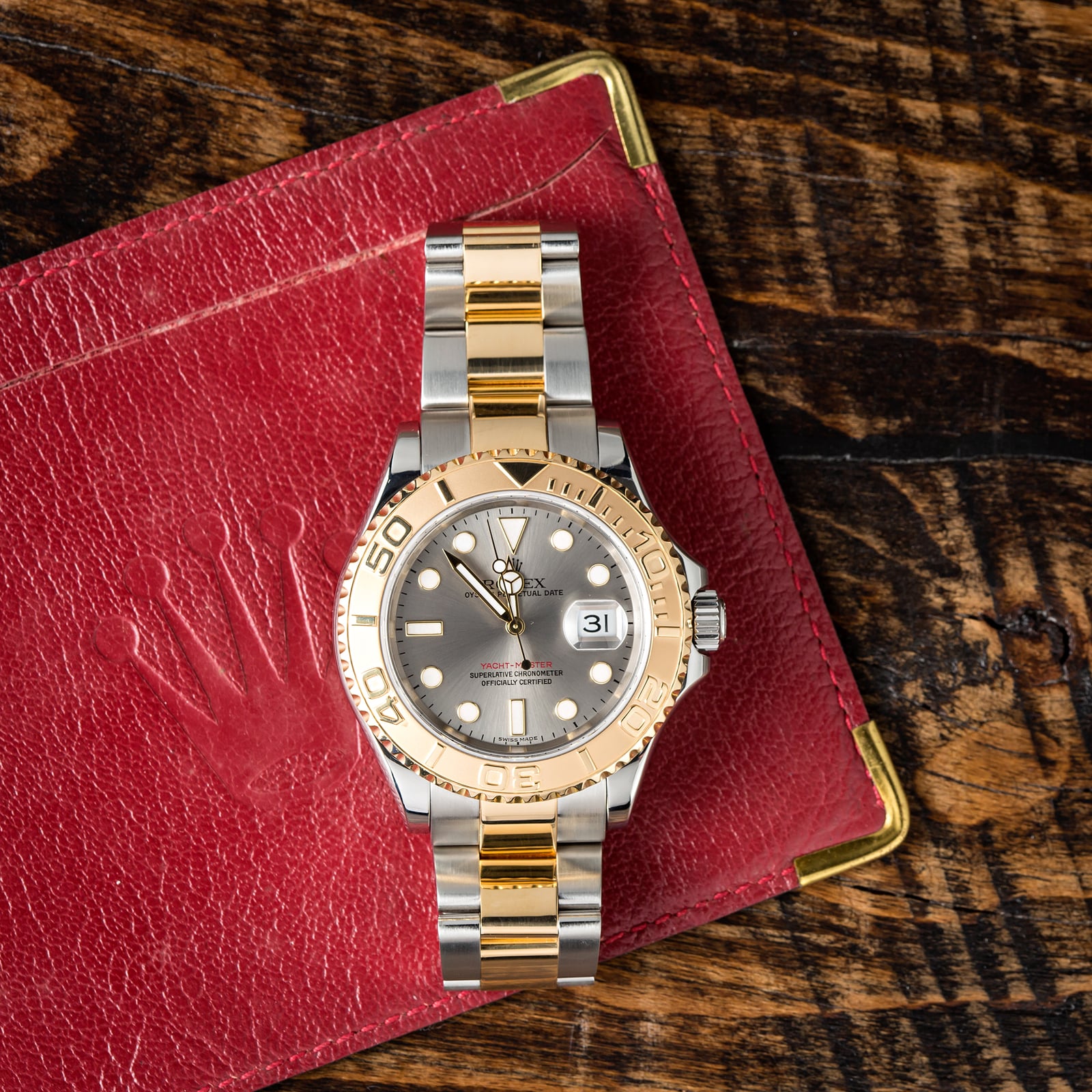 While the Yacht-Master ref. 16623 cannot go as deep as the Submariner, it can be used for yachting.

It takes a lot for Rolex to launch an entirely new creation on an unsuspecting world.

If the rumors of the Yacht-Master’s genesis are indeed true, fans of the Swiss giant can breathe a sigh of relief that their iconic diver’s watch remains a separate entity to this day. What emerged in place of a restyled Submariner is a stunning timepiece of pure luxury, designed for life on the open seas rather than under it, and the Rolesor Yacht-Master ref. 16623 is the perfect companion for any well-heeled sailor.