Collaborations in watchmaking could easily be said to be overdone. I mean, how often do we need a good cause or a sporting event to compel us to buy a watch? Are they ever the reason our decision tips over from a maybe to a yes? I’d wager not, but there is one thing the standard form of watchmaking event/charity/ambassador does and that is provide exposure. Endless column inches written about the social, moral, or contemporary conscience of our favorite brands. And yet, squirreled away in the corners of the luxury watch industry are worthwhile collaborations between watchmaking companies and artisans or artists that have something different to, if not say, do. 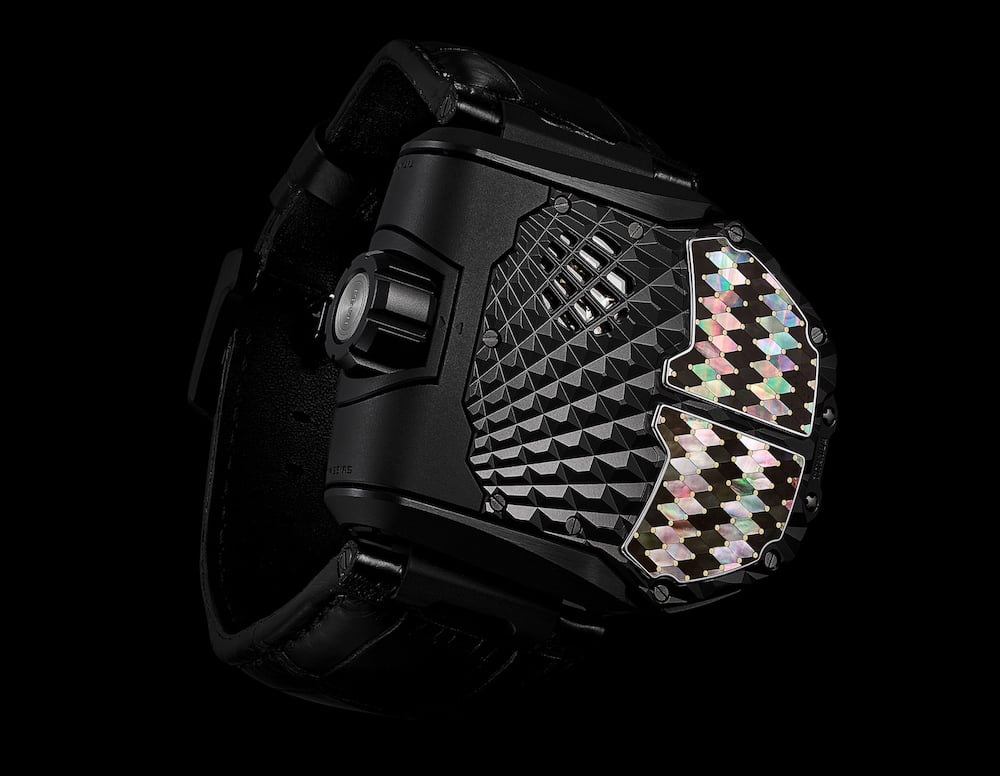 It’s nice to take a different perspective sometimes. Honestly, I’m never bored of the watchmaking industry. I find it a fascinating microcosm, furiously paddling against all kinds or torrid tides to not just survive, but prosper. Looking outside of our crazily luxurious bubble sometimes (oftentimes) is a really good idea. We’ve seen many examples in the history of our craft when mad designers come along and drop a watch 20 years ahead of its time, only to be met with immediate derision and subsequent beatification. 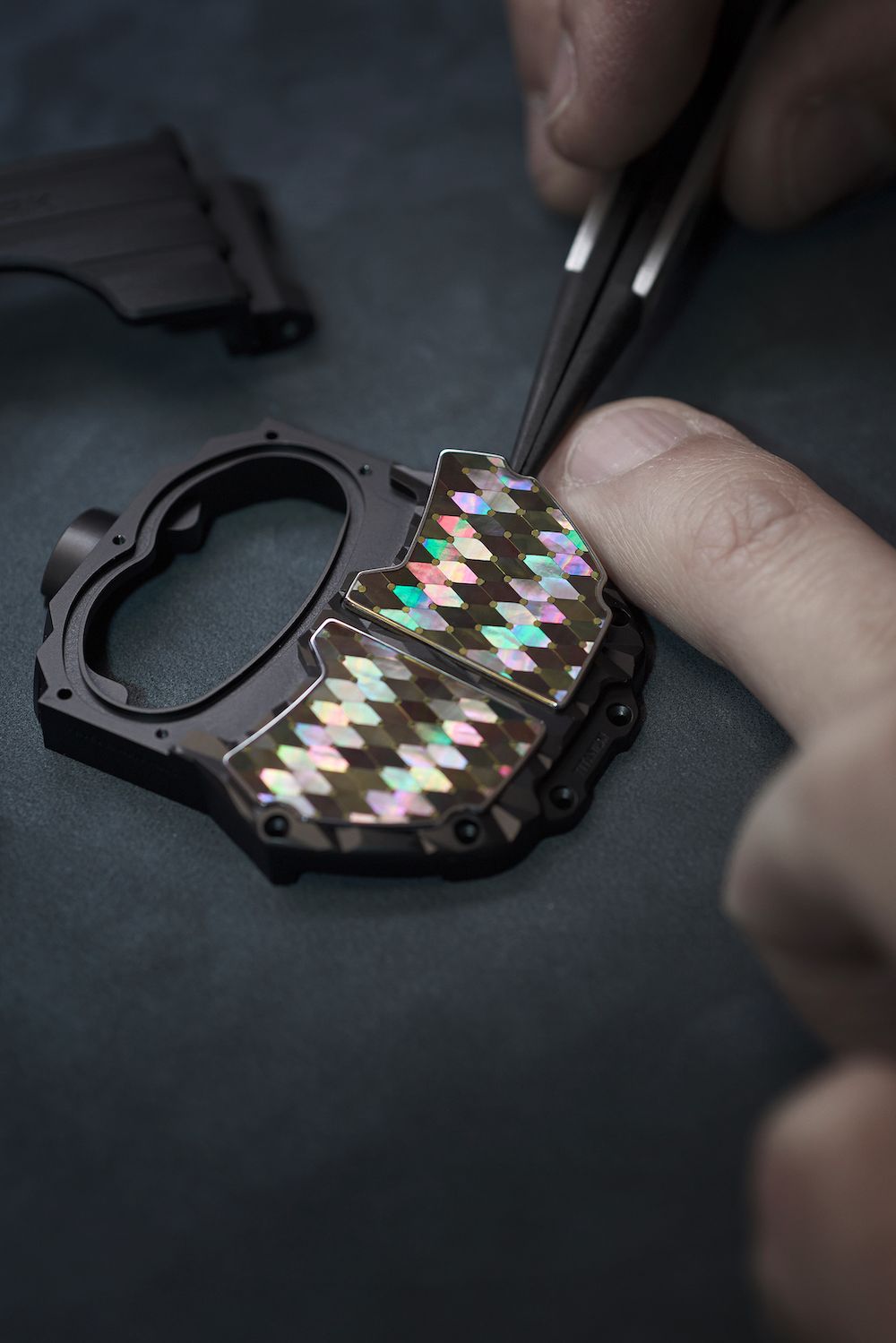 One brand that’s used to standing outside of the inner circle, is Urwerk. Now, I’m not going to pretend that the watches produced by this highly ambitious Swiss manufacturer are going to be to everyone’s taste. I’ve seen downright fury at the flagrant way in which even their most conservative piece subverts the norms of watch design. That in itself is really something that should be celebrated, but when they push themselves, when they step outside of their comfort zone. The result can be stunningly beautiful (if still divisive). 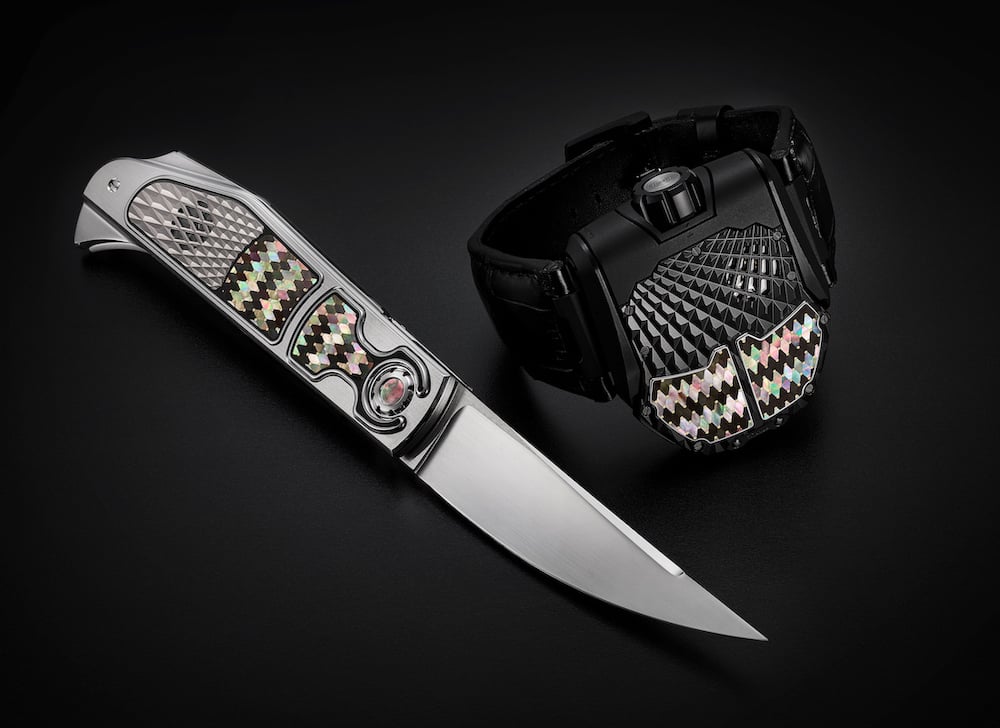 The Urwerk UR-T8 Colibri takes the already striking UR-T8 model (that has a rotatable case, if you’re wondering what you’re looking at) and decorates it, in this instance, with delicious marquetry, composed by the hands of esteemed knife maker Emmanuel Esposito This watch – a unique piece – comes with a matching knife. I’m not entirely sure in what environment, other than a show-and-tell hosted in one’s mahogany-clad drawing room, that these two items can be safely (and legally) presented together, but the crossover is, from an aesthetic standpoint at least, a roaring success. 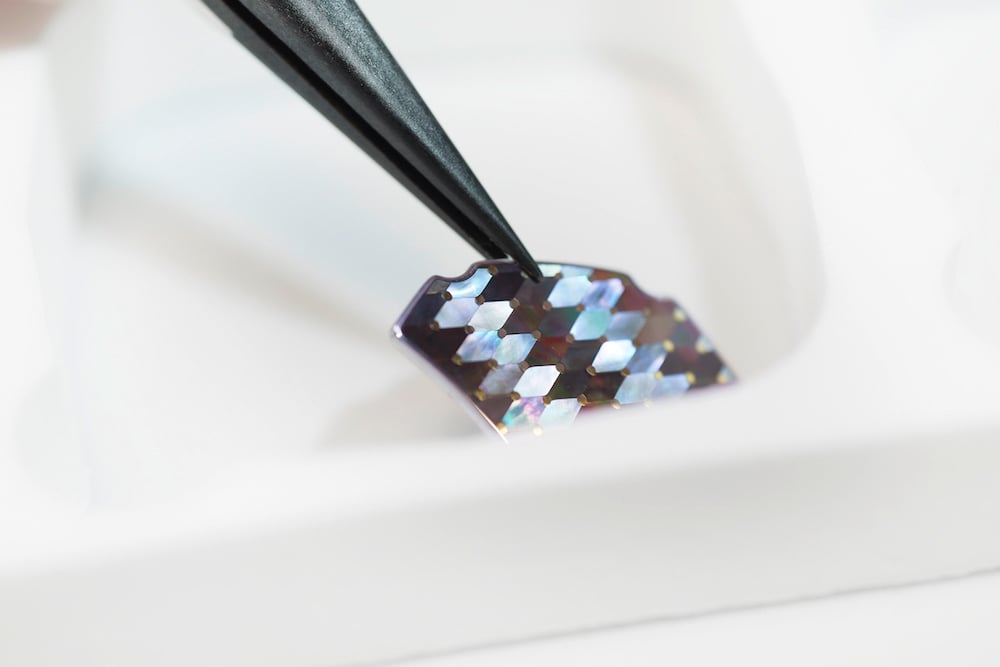 Marquetry is a craft that is finding a firmer footing in high-end watchmaking than ever before. As evidenced by the Urwerk UR-T8 Colibri, that’s a good thing. It’s versatility is quite amazing. It perhaps makes more sense in traditional watchmaking, as it is a delicate and elegant decoration, but it has been implemented with wonderful skill in not only this piece, but also the recently released Ulysse Nardin Freak X Marquetry watch. 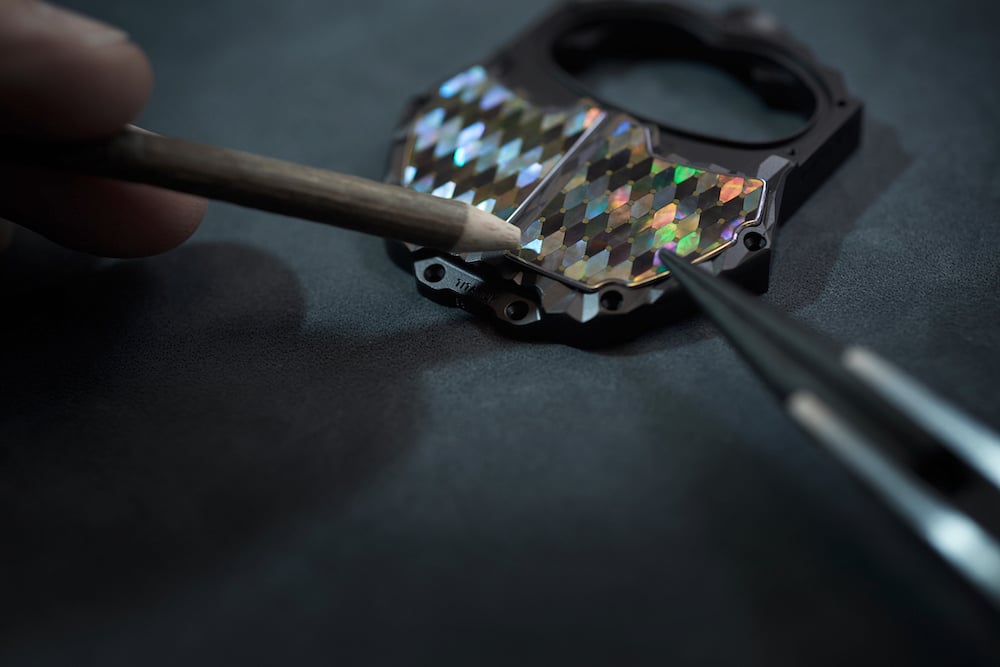 And beneath this divinely different decoupage, there beats a mechanical heart of the highest order. Telling the time on any Urwerk is not immediately intuitive, but – and I mean this in all seriousness, independent of my gushing hyperbole – after a short while on the wrist, the mechanism that performs the most necessary of functions within the watch, actually becomes about as easy to read as it gets. Simply put, if I were in a position to buy a watch that carries the same kind of price tag as Urwerks of this caliber, I would throw my hat into the ring for this one (or the simultaneously released Urwerk UR-T8 Skull), because, for me, they tick all the boxes that a modern and inventive watchmaker should be trying to tick.

*All images courtesy of URWERK