Compared to our entire history of measuring the passage of time, the wristwatch is still a relatively new phenomenon.

The first wearable timepieces emerged in the 16th century, when Nuremberg clockmaker Peter Henlein invented so-called clock-watches, ornamental objects worn either attached to clothing or on a pendant around the neck. 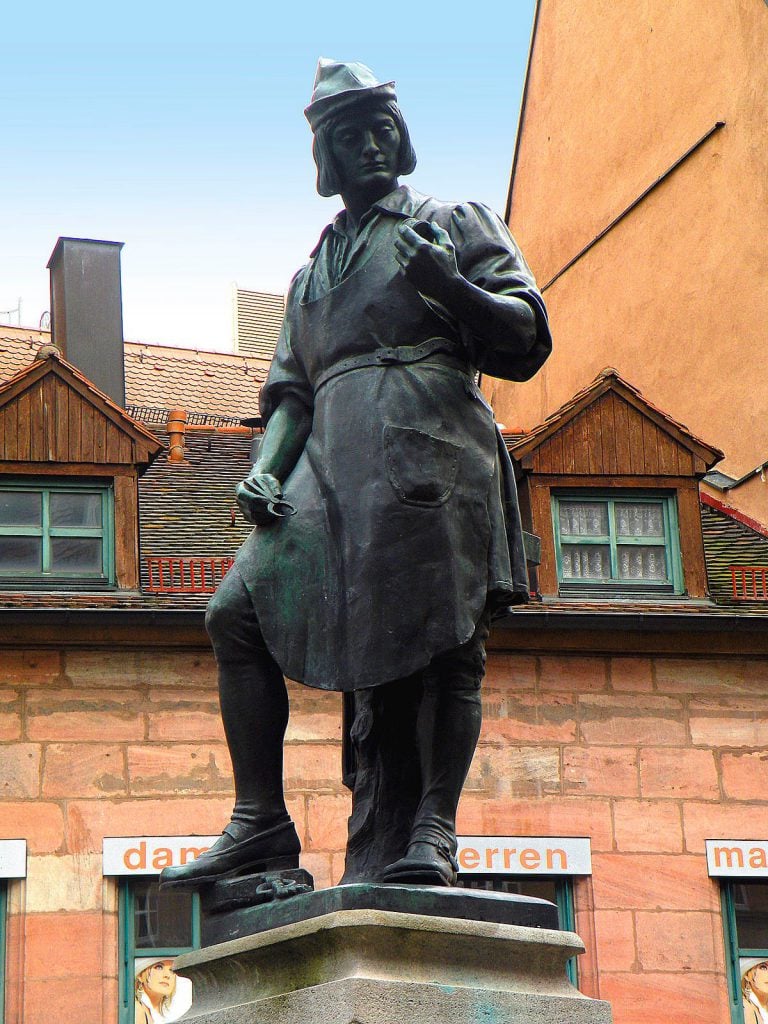 Peter Henlein is a famous and talented watchmaker

About 100 years later, necessity brought the pocket watch, as wearing a timepiece exposed to the elements caused the internal mechanisms to fail. Keeping it tucked safely in a vest pocket offered both a level of protection as well as giving rise to the traditional flat rounded shape, with no sharp edges to snag on garments.

The arrival of the very first wristwatch has long been a matter of debate, but the piece created for the Queen of Naples in 1810 by French watchmaker Abraham-Louis Breguet (of overcoil fame) is agreed to be the most likely candidate by many experts. 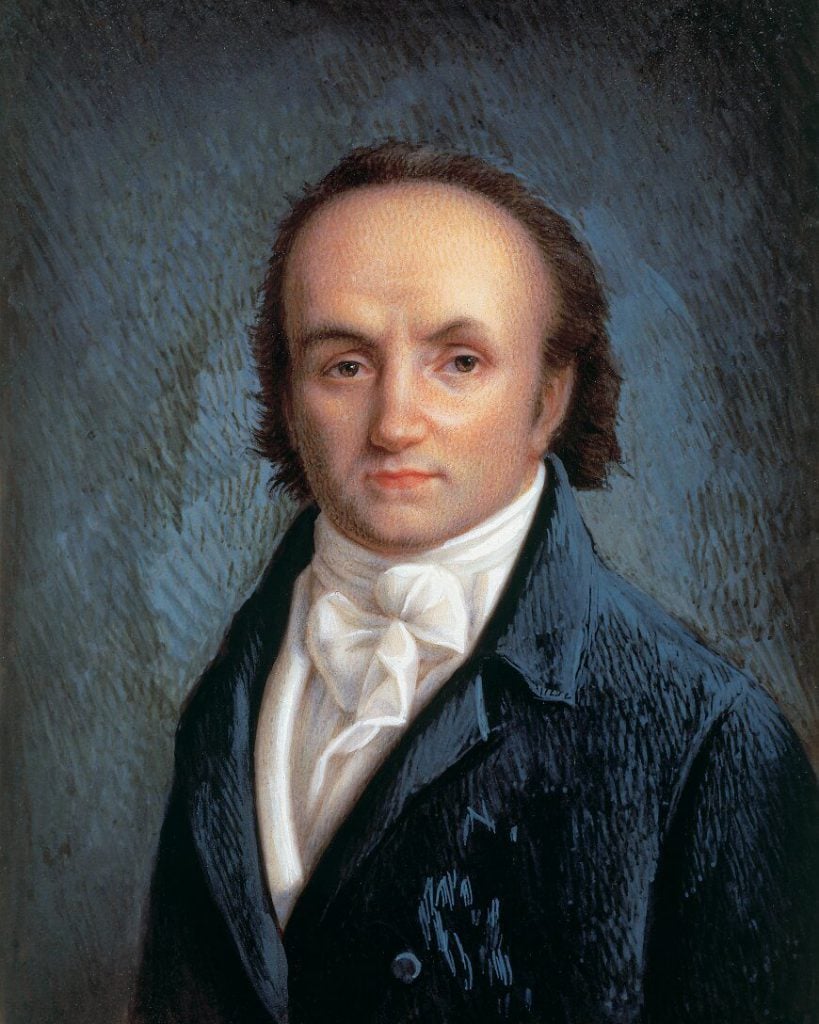 However, until the early 20th century, and more specifically its wars, the wristwatch was the sole preserve of aristocratic ladies. No man outside of the military wore anything but a pocket watch.

The usefulness of a timepiece that required only one hand to operate it had to prove itself in the horrors of battle. Since then, the development of the wristwatch has progressed exponentially, leading to a vast range of different styles and uses, with abilities those early pioneers could never have even dreamed of.

Along the way there have been several defining moments, innovations that have changed the direction of the wristwatch’s evolution and opened up new avenues to explore.

Below, we take a look at some of the most important milestones in the history of watchmaking. 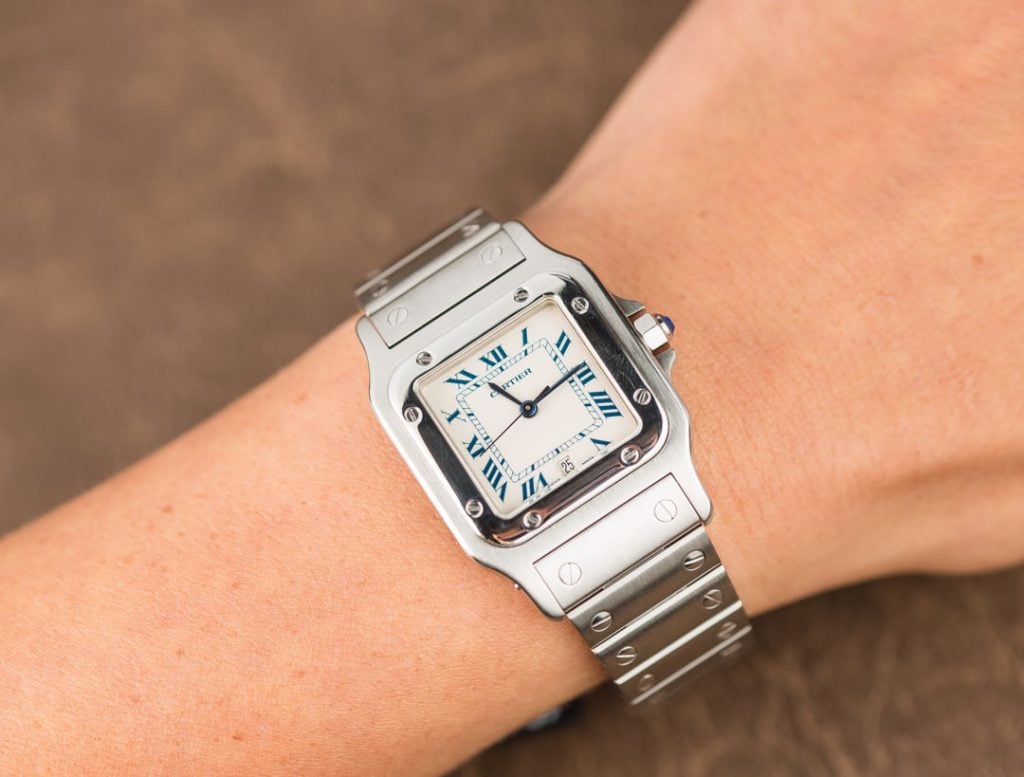 Although it arrived in an era before the first great war, the Cartier Santos can arguably stake a claim to being the first modern wristwatch for men. It was created by jeweler Louis Cartier for his pioneering pilot friend Alberto Santos-Dumont—a man held in similar acclaim by aviation historians as the Wright Brothers.

Dumont found that checking a pocket watch while flying was near impossible, having to take both his hands off the controls. Cartier’s solution was to develop a watch he could wear on his wrist, and it proved so popular in Europe that it was put into production in 1911. That run has lasted until today. Whether or not it was the first is open for discussion, but the Cartier Santos was definitely the first pilot’s wristwatch. 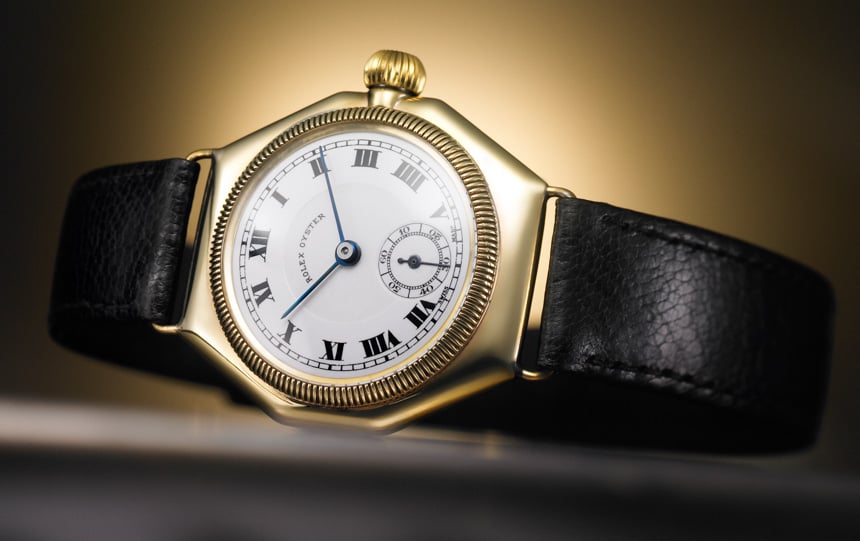 The Rolex Oyster and its automatic movement

1926—the Oyster and the automatic movement

Following the First World War, wristwatches had started to become acceptable accessories for men, but their biggest downfall was still their susceptibility to dust and moisture seeping into the case and damaging the movements.

Enter Rolex. Hans Wilsdorf’s development of the water resistant Oyster case involved a system of screwing the bezel, case back and winding crown against a central section, forming a sealed whole.

It was the invention that changed everything. Wristwatches were now tough, durable tools rather than mere decorations.

The same year, British watchmaker John Harwood showcased his self-winding movement at the Basel Watch Fair. It had been in commercial production for three years at the time, but the mechanism proved difficult to manufacture and fairly fragile to use. In 1931, the Harwood Self-Winding Watch Company fell victim to the effects of the Great Depression and went into liquidation, leaving the patent for the first workable automatic caliber up for grabs. 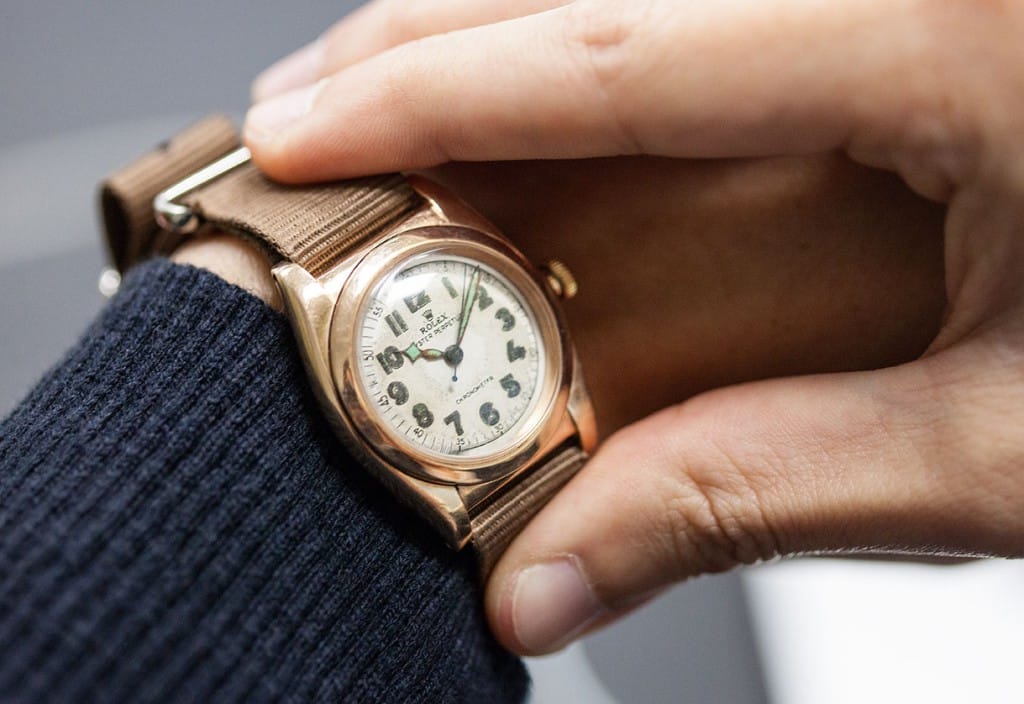 Emile Borer, head of research at long-time Rolex partner Aegler, developed on Harwood’s design, replacing his semi-circular weight with a unidirectional rotor that spun a full 360°. It delivered constant tension to the mainspring and vastly improved timekeeping accuracy, and meant wristwatches could be kept running with just the motion of the wearer’s arm. It was the innovation that sealed final victory over the pocket watch, as pieces worn against the body would never experience enough movement to drive the mechanism.

The first Rolex Perpetuals launched in 1933, the size of the internal calibers requiring domed case backs to accommodate them, leading to them being christened Bubblebacks. 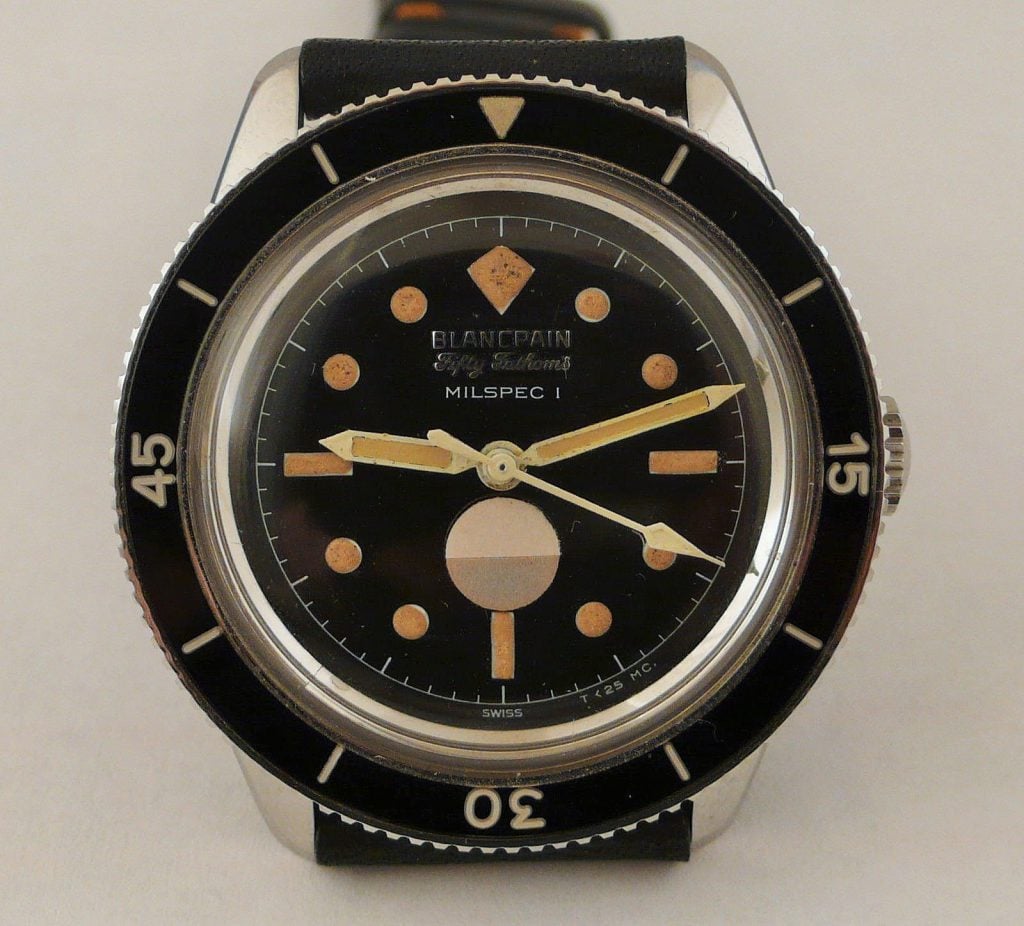 If the argument over which was the first wristwatch is hotly debated, it’s nothing compared to which is the first dive watch.

Rolex had been collaborating with Panerai in the 1930s to produce the Radiomir, watches resilient enough for use by the Italian Navy’s special forces divers, the Regia Marina. And Omega had launched their Marine in 1932, the first watch specifically tested for use at a significant depth.

However, the element that today most defines what makes a dive watch, the rotating bezel, didn’t make its debut until 1953 on the Blancpain Fifty Fathoms. Developed in conjunction with the elite combat swimmers of the French Navy, and their commander Bob Maloubier, the Fifty Fathoms is generally accepted as being the first modern dive watch, beating the Rolex Submariner to the accolade by mere months.

1969—automatic chronographs, the quartz crisis and the moon landing

The final year of the 60s was a banner year for horology. A battle that had been raging for a decade ended in almost a draw when three automatic chronograph movements all emerged within the same 12 months. Seiko’s 6139 launched first, followed by the Caliber 11, a joint project developed by a consortium made up of Heuer-Leonidas, Breitling, Dubois-Dépras, Büren and Hamilton.

But the last to appear proved the most enduring. Zenith’s El Primero was unveiled in the September of 1969 and, apart from a decade-long hiatus from the early 70s to the early 80s, is still being produced today.

That hiatus was caused by another revolutionary invention, but one that came within a whisker of destroying the Swiss watchmaking industry altogether. 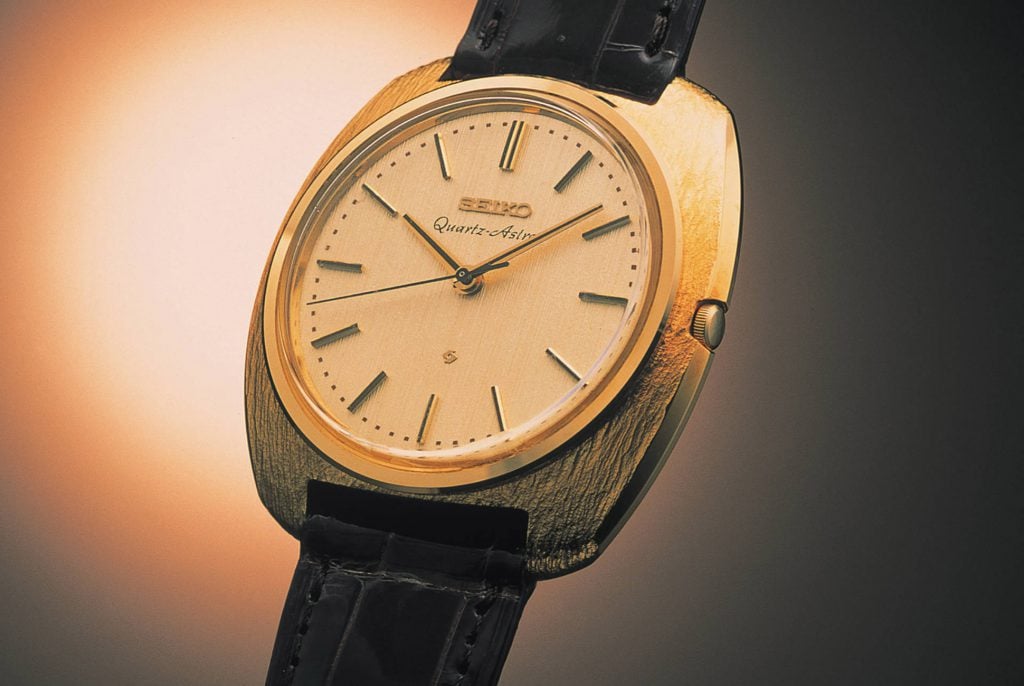 Japanese company Seiko scored their second watchmaking breakthrough of the year when they launched the Astron, the first large-scale production quartz watch. Precise to a degree traditional springs and gears could never hope to emulate, the new technology captured the imagination of the time and there followed an avalanche of cheap, low-maintenance quartz watches from the Far East and the U.S. which wiped out two-thirds of Switzerland’s finest, Zenith amongst them. 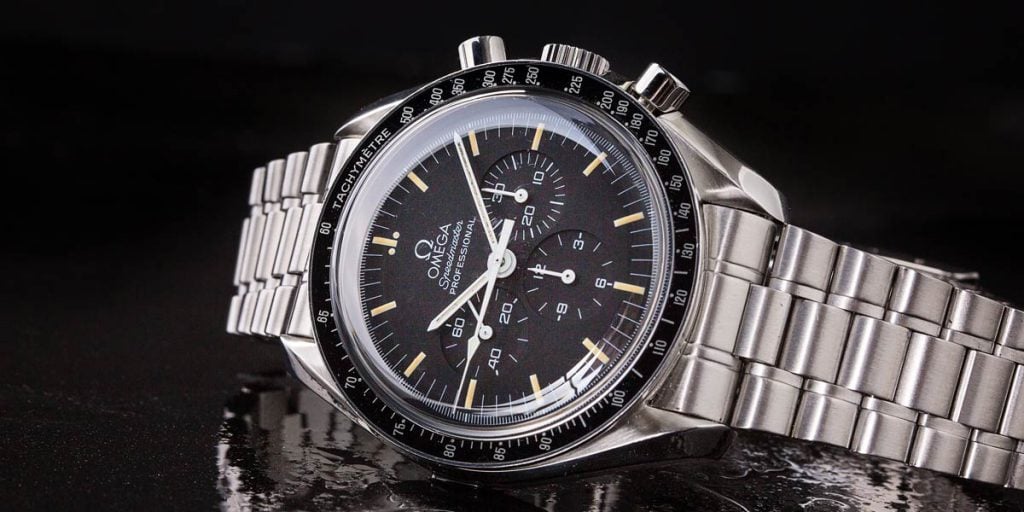 The Omega Speedmaster went to the moon

But ironically, this was also the year mechanical watches took a giant leap. The Omega Speedmaster had been accompanying space missions since Walter Schirra wore his during the Mercury program in 1962, but seven years later on July 20th  1969, the example sported by Buzz Aldrin became the first watch on the moon. Although Neil Armstrong also wore a Speedy, he had left his in the command module as a backup for a failing timer. 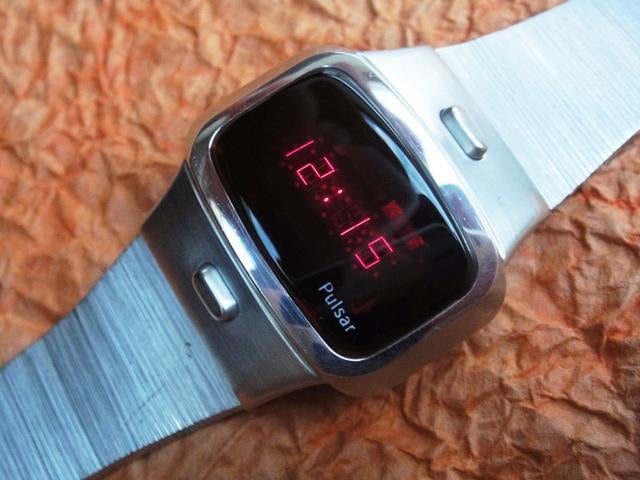 As if traditional watches didn’t have enough problems at the time, Hamilton released the first ever digital watch in 1970. The Pulsar Time Computer was unlike anything that had come before, with no hands and no dial, just a blank screen that lit up with red LED digits once the wearer pressed the button on its cushion-shaped case.

Although an enormous success at the time, even gracing James Bond’s wrist in his 1973 outing Live and Let Die, the technology was soon superseded by Liquid Crystal Display (LCD) watches, still the standard for digital timepieces today. 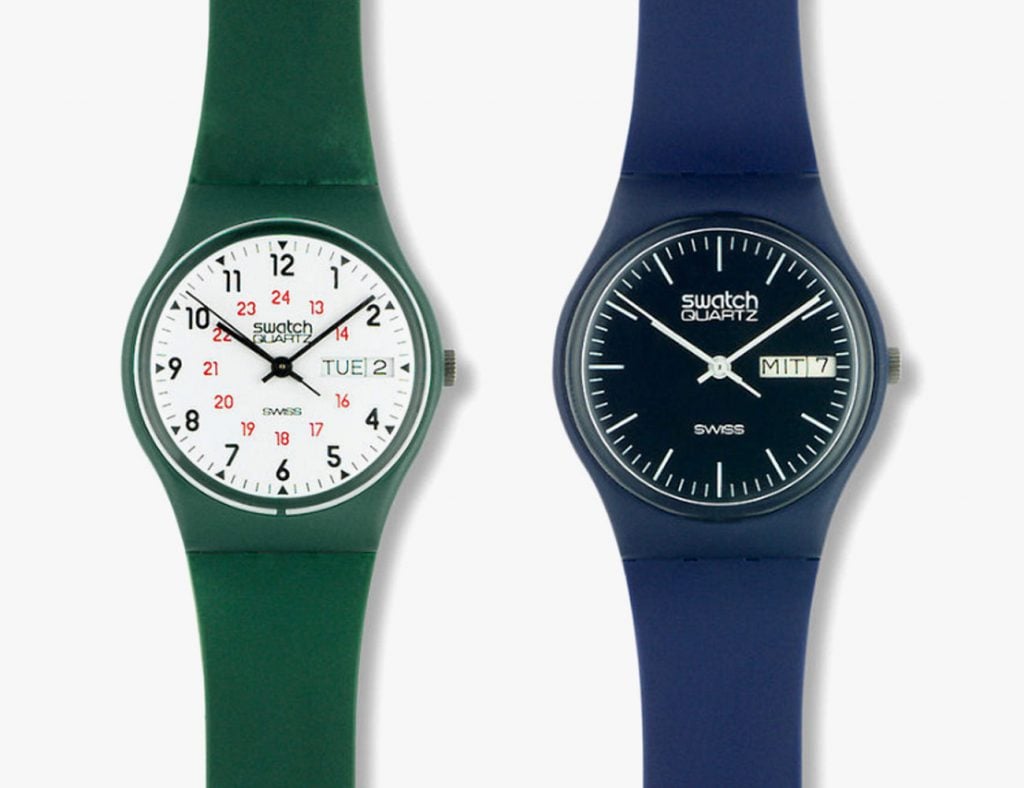 Two of the biggest Swiss conglomerates, ASUAG and SSIH, were on the brink of bankruptcy when millionaire engineer Dr. Nicolas Hayek was asked to step in, merging the corporations to form the SMH (Societé Suisse de Microélectronique et d’Horlogerie). Renamed soon after as the Swatch Group, it was able to beat the competition at their own game, producing inexhaustible numbers of low-cost, fun and cheerful watches which became a sensation worldwide.

The revenue they brought in was rechanneled into the more high end traditional brands, the likes of Omega and Breguet, and in 1985, the Plaza Accord strengthened the U.S. Dollar and Swiss Franc while weakening the Japanese Yen, essentially ending the quartz crisis.

Within five years, the Swatch Group usurped Seiko’s position as the most valuable watchmaker in the world. 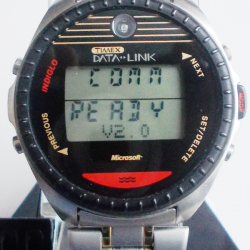 The watchmaking industry changed with the first smartwatch

1994—the rise of the Smartwatch

Pinning down which was the very first Smartwatch is, like the first dive watch, another arena that inspires great debate—different genre, same argument.

1994 saw the introduction of the Timex/Microsoft collaboration, the Datalink. Able to download information from a computer, it could also give notifications and store dates.

It was the forerunner to an increasingly sophisticated number of successors from some of the biggest names in cutting-edge tech, such as Seiko, Sony and Garmin, who all brought out their own interpretations of the wearable concept. 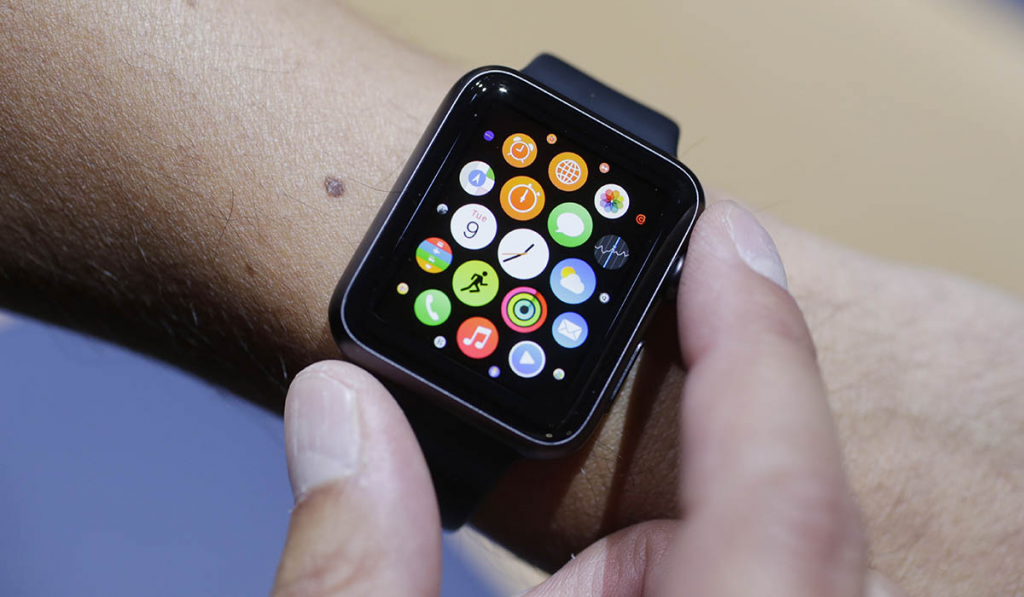 The Apple Watch was another massive leap in the watchmaking industry

Apple, fairly late to the game for once, brought out the iWatch (later the Apple Watch) and quickly became the market leader, ushering in the latest headache for traditional manufacturers.

After a relatively slow start, the release of the third generation in 2017 marked the first time exports of the Apple Watch outstripped those of Swiss watches.

Those are our most important milestones in the history of the wristwatch, and it remains to be seen the response the traditional side will come up with to hold its own against the wave of high tech newcomers.

But an industry that has been innovating for centuries is sure to have some tricks up its sleeve.