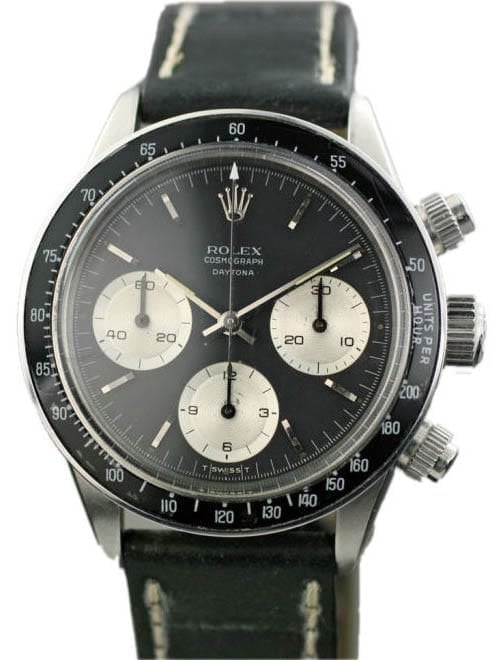 Daytona reference 6240 examples had early Mark 0 or Mark 1 pushers that featured wider and more aggressive looking screw-down pushers. They are highly prized by collectors, and many were changed to later Mark 2 and Mark 3 pushers during service. The present watch features a "floating" Daytona, meaning the word "Daytona" is separated by some space below "Cosmograph". These dials are prized by collectors of vintage Rolex Daytonas. This watch features a manual-winding Valjoux chronograph movement that was regulated by Rolex.