The Submariner family of Rolex watches are some of the most popular models because of their classic style and durability. The Rolex Submariner 16610 was first introduced in 1989 as a Date model with a water resistance of 300 meters (1000 feet). This particular model was produced until 2010 when it was discontinued and replaced with the Submariner Date 116610 model. Visually the two appear very similar, so why did Rolex discontinue ref 16610 in favor of ref 116610?

Many improvements were made for the release of ref 116610 that were not available on Rolex 16610. One of the most popular features is the inclusion of a ceramic bezel. The new ceramic, or Cerachrom, bezel on ref 116610 is scratch-proof unlike ref 16610’s aluminum bezel. This notable feature has led to ref 116610 being nicknamed the "Ceramic Bezel Submariner." 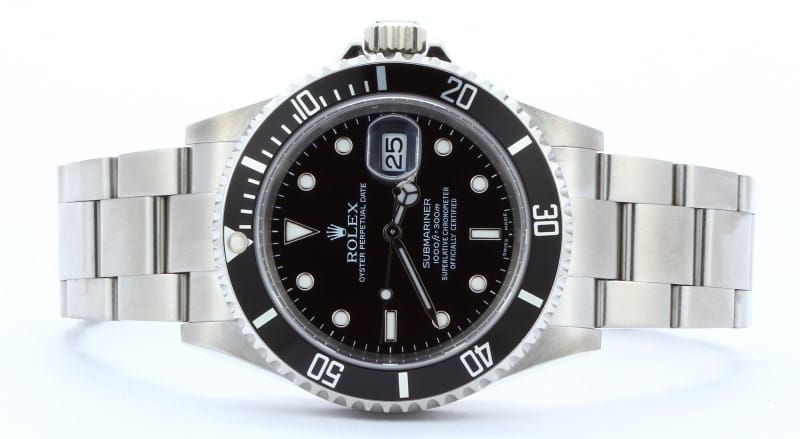 The aluminum bezel on ref 16610 rotated by a single click-spring. However, this was known to make it difficult to seat the bezel properly. This error was fixed with the introduction of ref 116610’s ceramic bezel which uses four click-springs that are set into the case. This improvement allows for perfect alignment of the bezel markers as well as a consistently smooth and solid rotation.

Ref 116610 introduces the Rolex Parachrome Bleu hairspring to Caliber 3135. This is a substantial improvement over the Caliber 3135 found in the Submariner 16610 because it ensures lasting functionality for the watch's movement, even after exposure to the most extreme conditions like high water pressure during a dive. 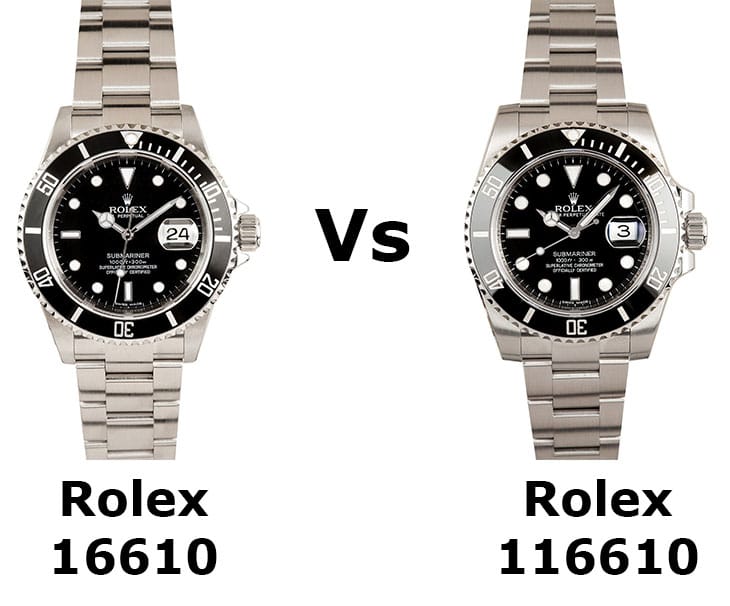 Ref 116610 also introduces Chromalight. While ref 16610 offers luminous features that glow green in the dark, ref 116610 offers more luminous with a bluish-green glow. This color change was made because dark adjusted eyes can read it better. Even though the luminous is not brighter, it appears so to the eye.

When comparing the old with the new, we find a series of strong and clear improvements with the newer model. The most notable improvement is probably the ceramic bezel, a favorite among Rolex wearers for its durability. Though Submariner 116610 is certainly an improvement over the earlier 16610 model, ref 116610 still remains visually true to the classic Submariner model.