Jack Nicklaus’s Rolex President is Up for Auction

Jack Nicklaus is considered by many to be the greatest professional golfer of all time. He is one of the only players ever to win all four of the sport’s modern majors – a feat known as a Grand Slam, earning him the nickname ‘The Golden Bear’ along the way. And now he is offering up his yellow gold Rolex Day-Date President reference 1803, which he has owned since 1967 – and it is being auctioned off to benefit a good cause. 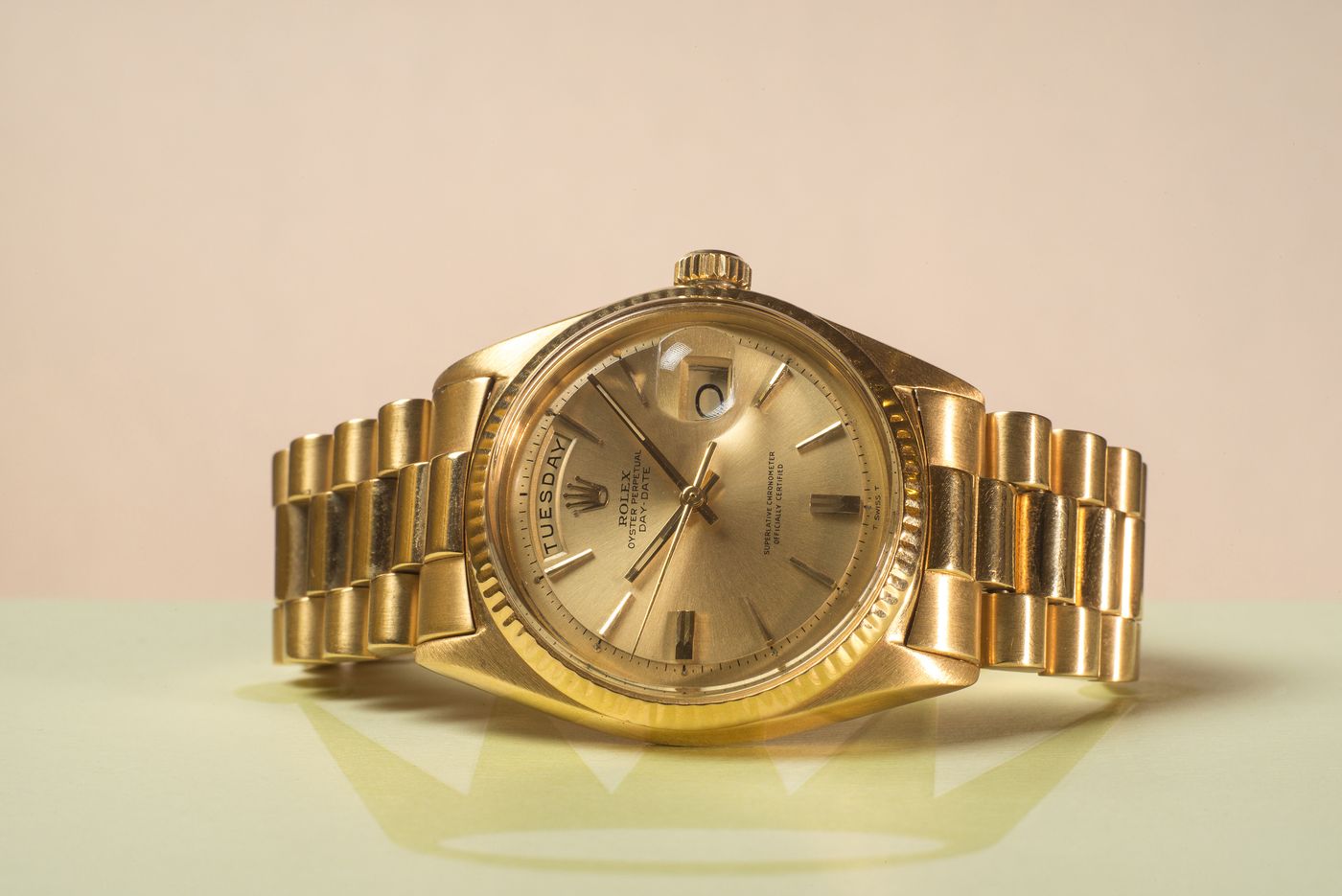 The Golden Bear’s gold Rolex President will be hitting the auction block this December. (Image: Phillips)

Phillips in association with Bacs & Russo will be selling Nicklaus’s watch as part of a “tightly curated and important thematic auction” in New York on December 10. Rolex first released the ref. 1803 in 1958 as an update of the previous generation of Day-Date watches, with the key difference being that it was built around Rolex’s new and improved, 1500-series of movements.

Jack Nicklaus was gifted the watch by Rolex in 1966 when he was 26 years old. While attending a Rolex event at the Canada Cup in Tokyo, representatives of the iconic watch company offered Nicklaus a Rolex of his choice. Following the advice of fellow golfer Gary Player (who was sponsored by Rolex at the time), Nicklaus chose the 1803 Day-Date  in 18k yellow gold with a champagne “pie-pan” dial, and received the watch (his first wristwatch) in 1967 – the same year he won his second U.S. Open and set the scoring record at 275. 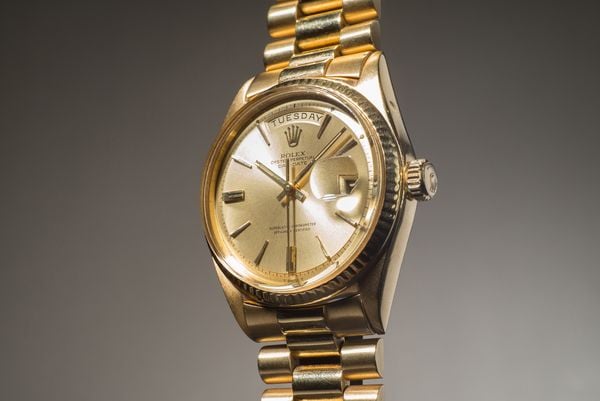 Jack Nicklaus and the Rolex President

“Although he eventually acquired a number of watches throughout his lifetime, Mr. Nicklaus has revealed that this Rolex is the wristwatch that he wore daily and that barely left his wrist for 50 years,” Phillips says. 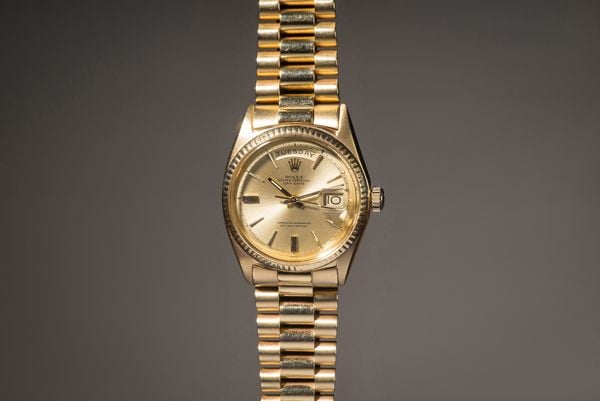 This Rolex President was the first wristwatch that Jack Nicklaus ever owned. (Image: Phillips)

“This is the very first watch I ever owned, and the only watch I wore for every professional tournament I’ve won throughout my career,” Nicklaus says. “It has accompanied me at U.S. Opens, Masters Tournaments, PGA Championships, Open Championships and countless other events for over five decades, and has served me well at every step along the way. Parting ways with this watch is certainly bittersweet. While I will certainly miss the opportunity of wearing the watch and having it serve as a constant reminder of some of my life’s most memorable moments, I know that parting with it will help countless children and families impacted through the work of the Nicklaus Children’s Health Care Foundation” – which will receive the proceeds of the sale.

“With its incredible provenance and timeless aesthetics,” adds Paul Boutros, Phillips Head of Watches, Americas, “we look forward to seeing an enthusiastic response from collectors, golf fans, and charitable supporters, who, in addition to vying for one of the greatest timepieces associated with an iconic sports legend, will have the opportunity to raise funds to positively impact the lives of children.” 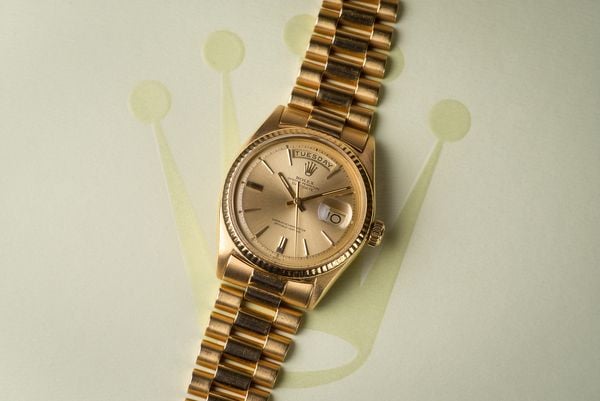 The proceeds from the sale will directly benefit the Nicklaus Children’s Health Care Foundation. (Image: Phillips)