Panerai has recently announced the release of two new gold timepieces (PAM1041 and PAM1042). The two new watches, part of the brand’s thinner-cased Panerai Luminor Due collection, are ‘Goldtech’ models, so-called because of their use of a proprietary 18k gold alloy “notable for its high percentage of copper as well as the presence of platinum.” 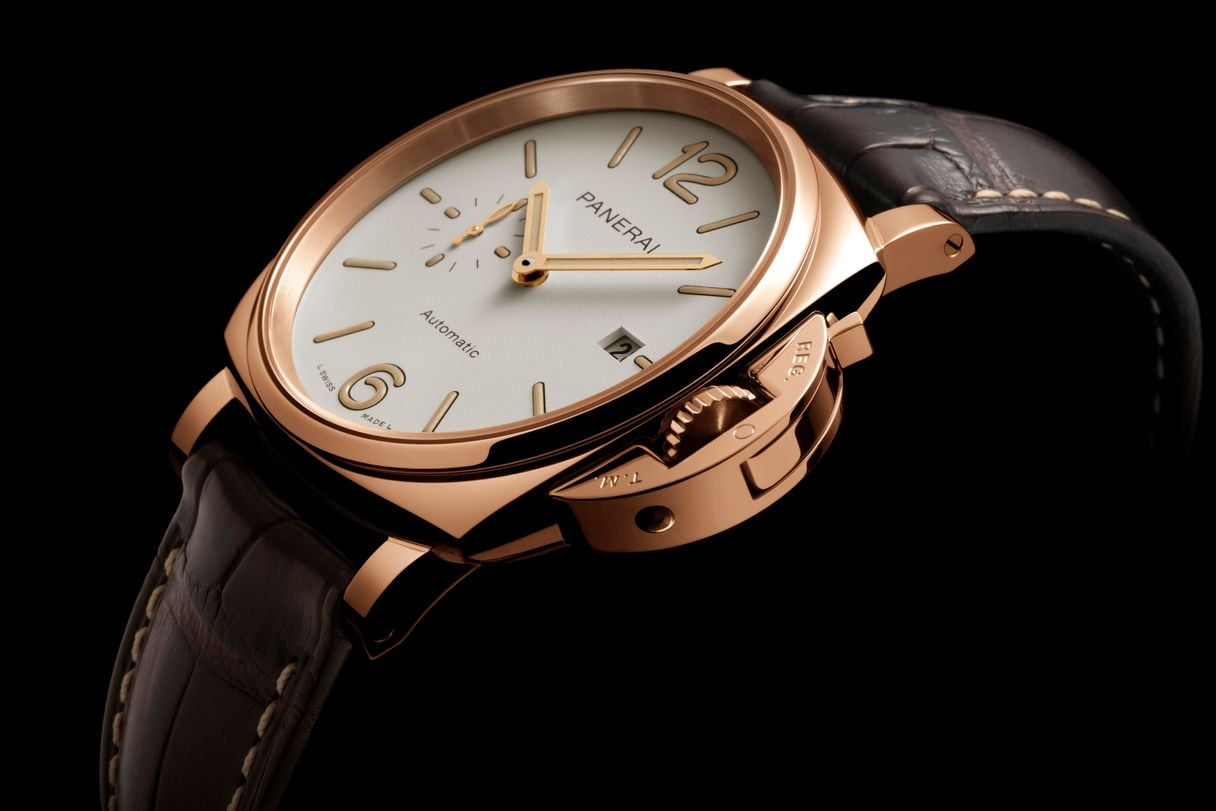 The watches, sized at 42mm, are available with either a black dial with a satiné soleil finish and sandwich structure (PAM01041), or in white with luminous printed Arabic numerals (PAM01042). The Luminor Due design was launched in 2016 and is intended to cater to all those who wanted the look and feel of a Panerai Luminor without its traditionally bulky case. 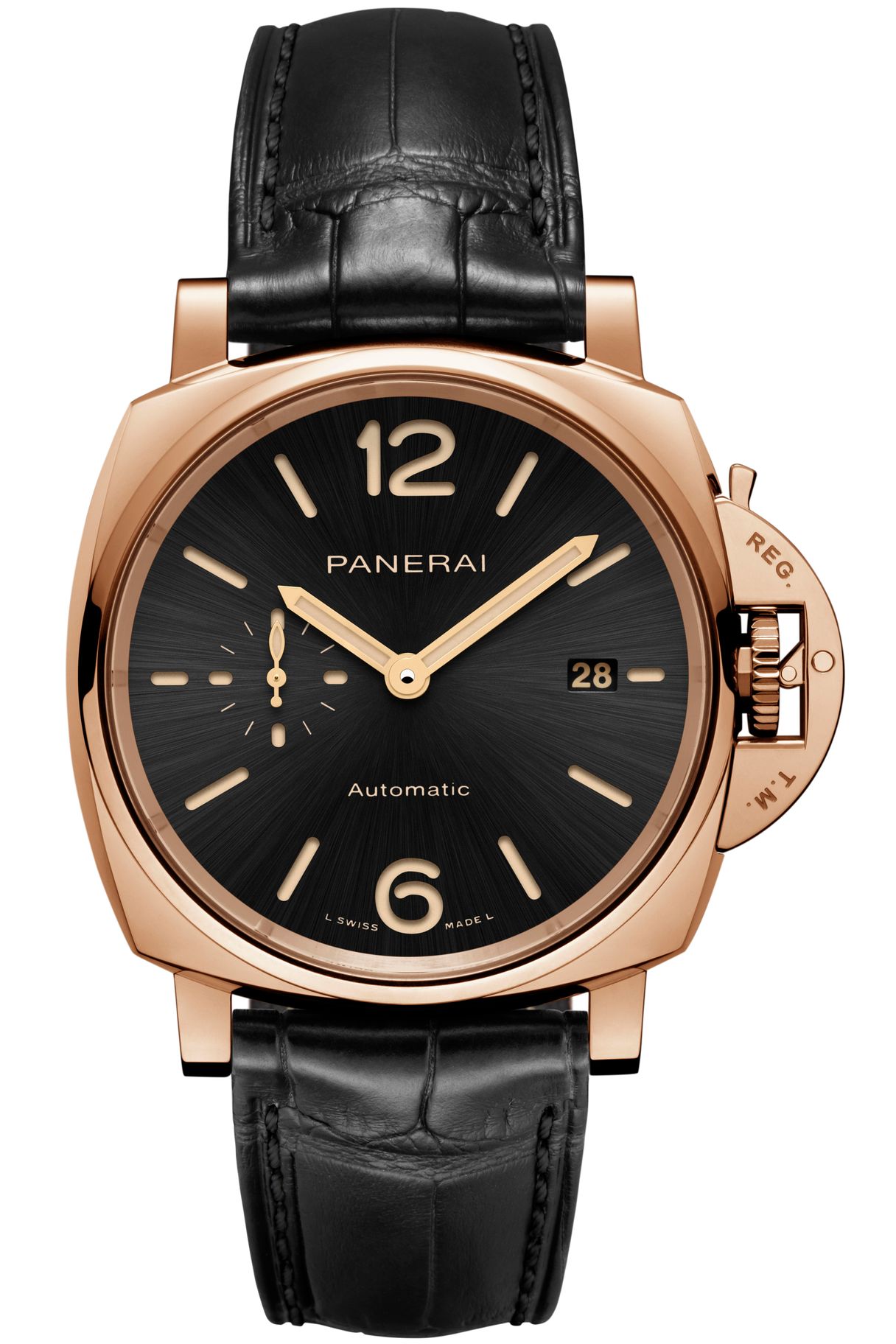 Panerai calls the Luminor Due “a careful custodian of elements which have re-emerged from history, but reassessed in its volumes and reinterpreted in its proportions.” The Goldtech pieces feature a case, bezel, signature Safety Lock crown guard, and buckle all crafted from the 18k alloy. The copper in its composition adds intensity and depth to its warm color, while the platinum lowers the tarnishing effects of oxidation that can discolor gold pieces over time.

The new Goldtech Luminor Due watches are powered by Panerai’s new Caliber P.900 automatic movement. Sized for the Due’s distinctive case with a thickness of just 4.2mm, it is one of the brand’s thinnest automatic movements, and sits on full display through the exhibition sapphire caseback. 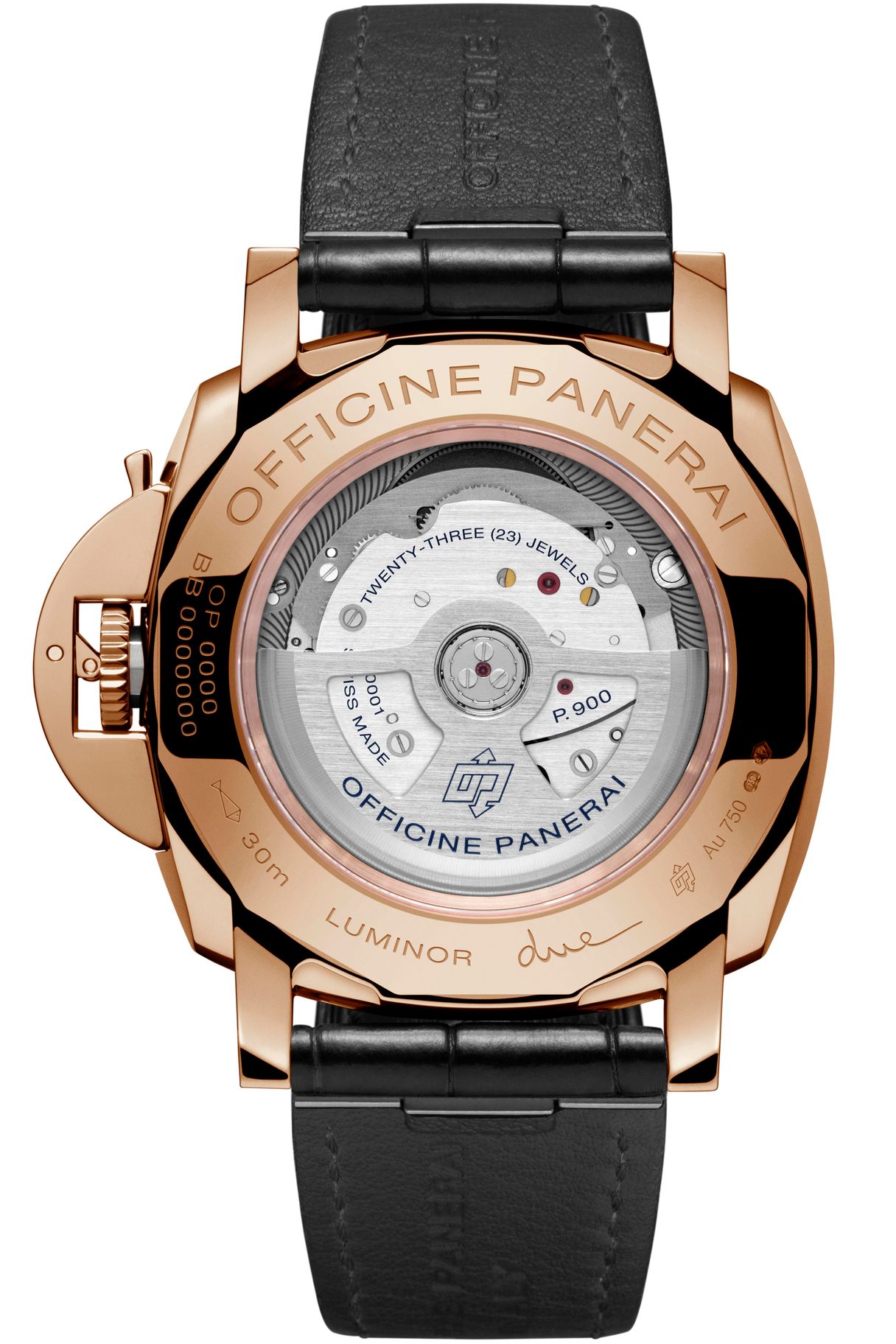 Developed and assembled entirely at the Panerai Manufacture in Neuchâtel, the Cal. P.900 combines the functions of date, small seconds, and a power reserve of three days, despite its small dimensions. The new Luminor Due watches are water-resistant to 3 bar (a depth of about 30 meters or about 98 feet), which suggests that the Due pieces are more for dress than diving. Another hint of this is the fact that they come supplied with elegant and interchangeable alligator leather straps fitted with Panerai’s Quick Release system and Goldtech buckles. The PAM01041’s strap is black with tone-on-tone stitching while the PAM01042’s strap is dark brown with beige stitching. 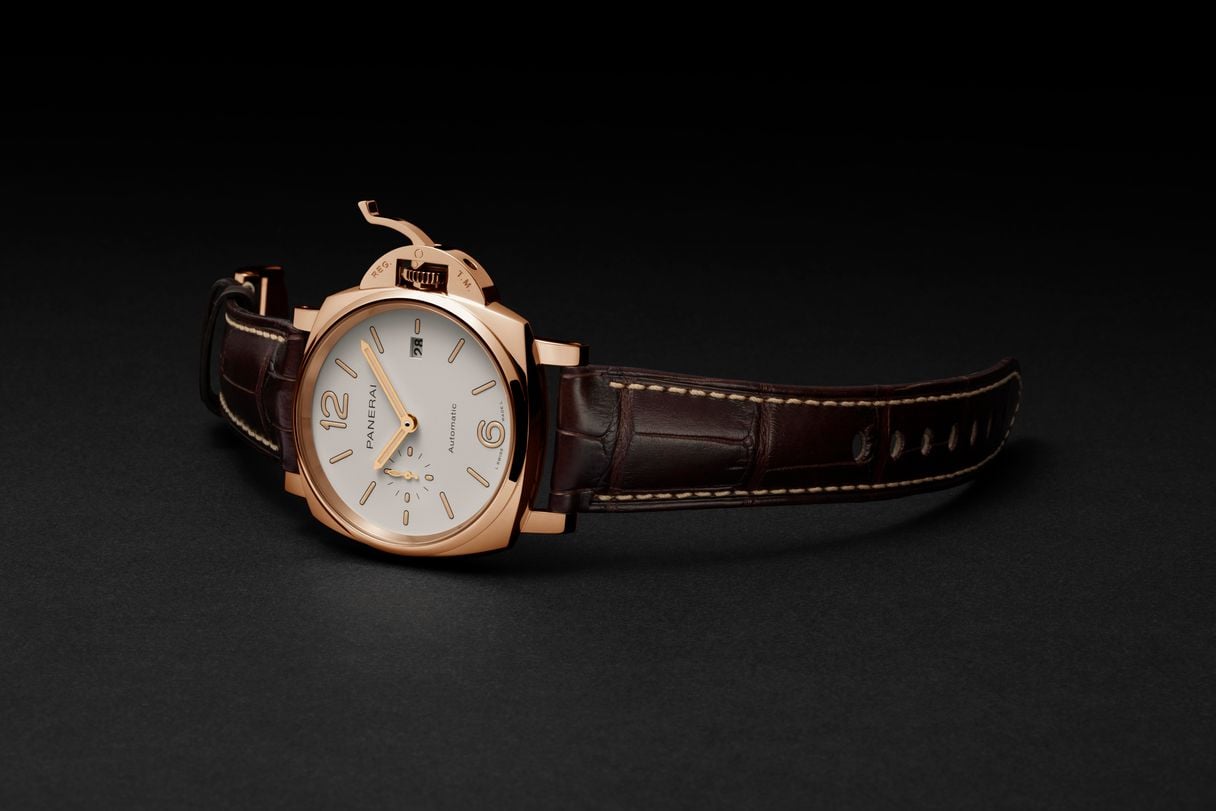