American professional golfer Scottie Scheffler won the 2022 Masters yesterday, making him one of the youngest players to ever win the sport’s legendary tournament in Augusta, Georgia. At just 25 years old, Scheffler is currently ranked number one in the world and played a fantastic weekend of golf to beat out Omega Ambassador Rory McIlroy by three strokes at the end of competition on Sunday. During the awards ceremony when last year’s Masters Champion and Rolex brand ambassador Hideki Matsuyama placed the iconic green jacket on Scottie Scheffler, a two-tone Rolex GMT-Master II – specifically, the stainless steel and Everose gold reference 126711CHNR – could be spotted on the young champion’s wrist. 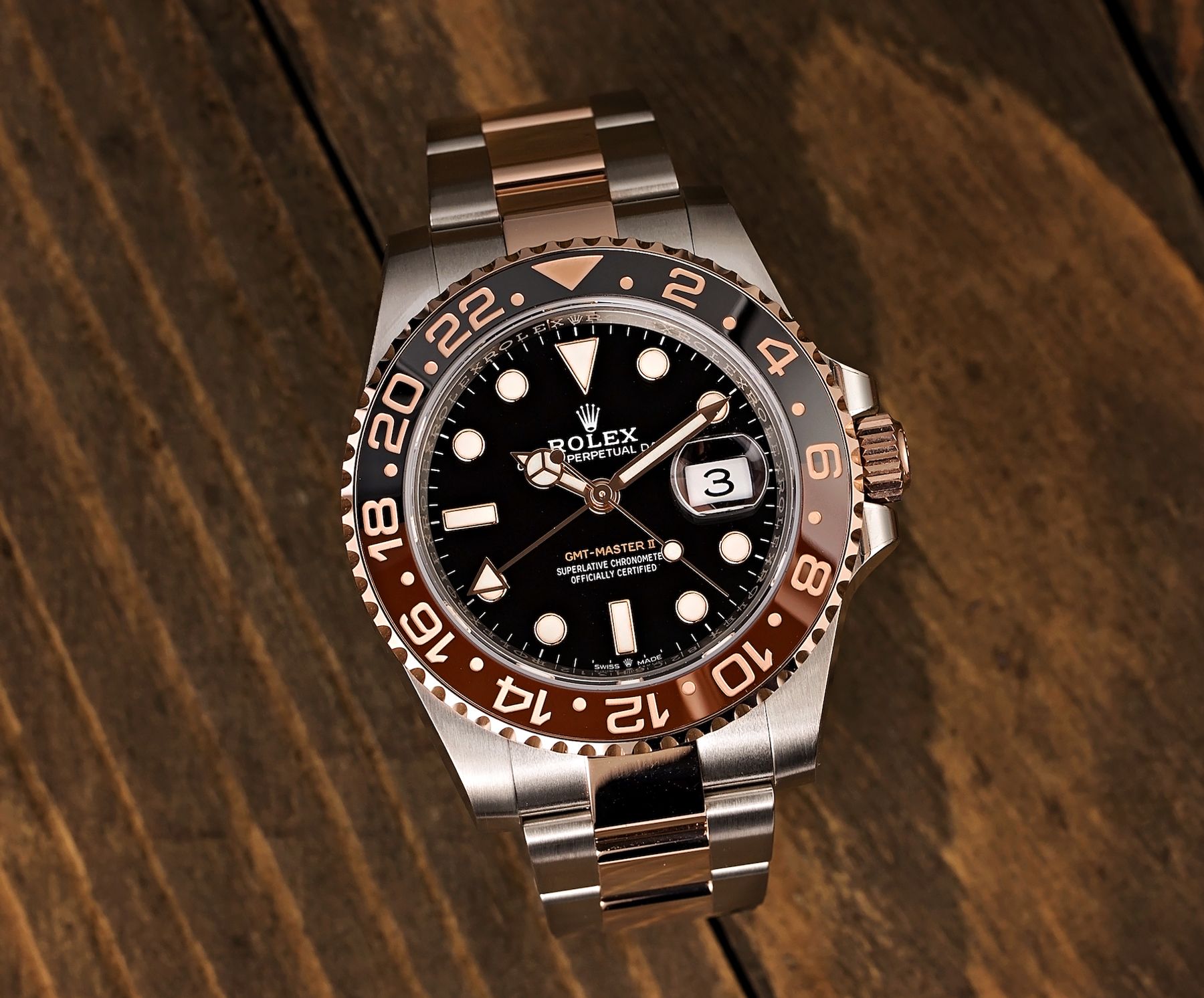 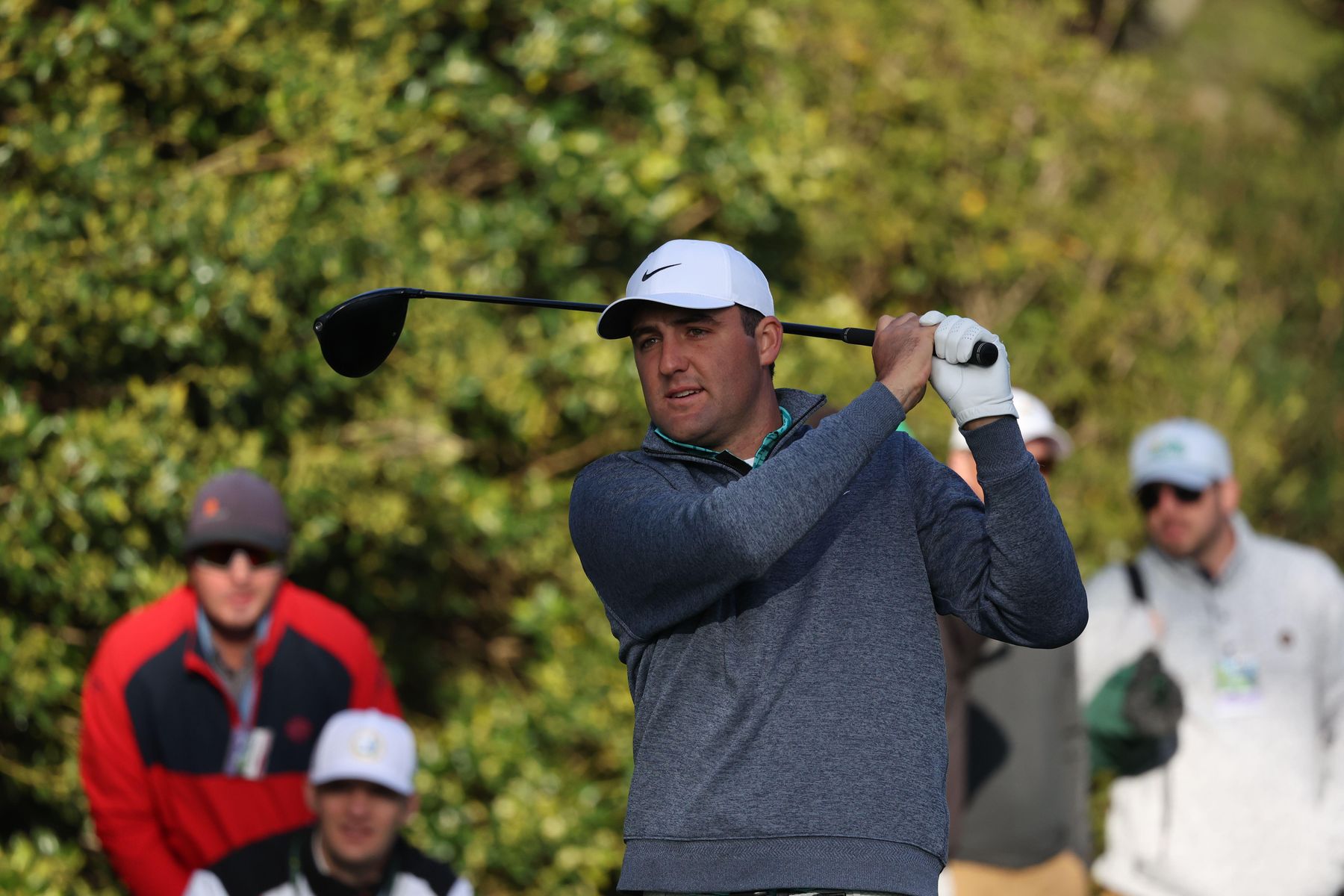 Born in Ridgewood, New Jersey in 1996, Scottie Scheffler grew up in Dallas and played golf at the University of Texas from 2014 to 2018, where he helped the team win three Big 12 championships and was named “Phil Mickelson Freshman of the Year” in 2015. As a professional, Scheffler has been having a phenomenal 2022 year, winning the WM Phoenix Open in February, his second career PGA Tour title at the Arnold Palmer Invitational in March, and the WGC-Dell Technologies Match Play just three weeks later, which all helped to give him the world’s Number 1 spot according to the Official World Golf Ranking, prior to going into this year’s Masters tournament.

Scottie Scheffler is the fifth professional golfer to win the Masters after entering the tournament ranked Number 1 in the world, joining Ian Woosnam (1991), Fred Couples (1992), Tiger Woods (2001/2002), and Dustin Johnson (2020). His victory at this year’s 2022 Masters Tournament marks Scheffler’s fourth win for the PGA Tour season and it is his fourth win of his last 6 starts, making him the second player to win as many events including the Masters since the beginning of the season, with the first being Arnold Palmer way back in 1960. 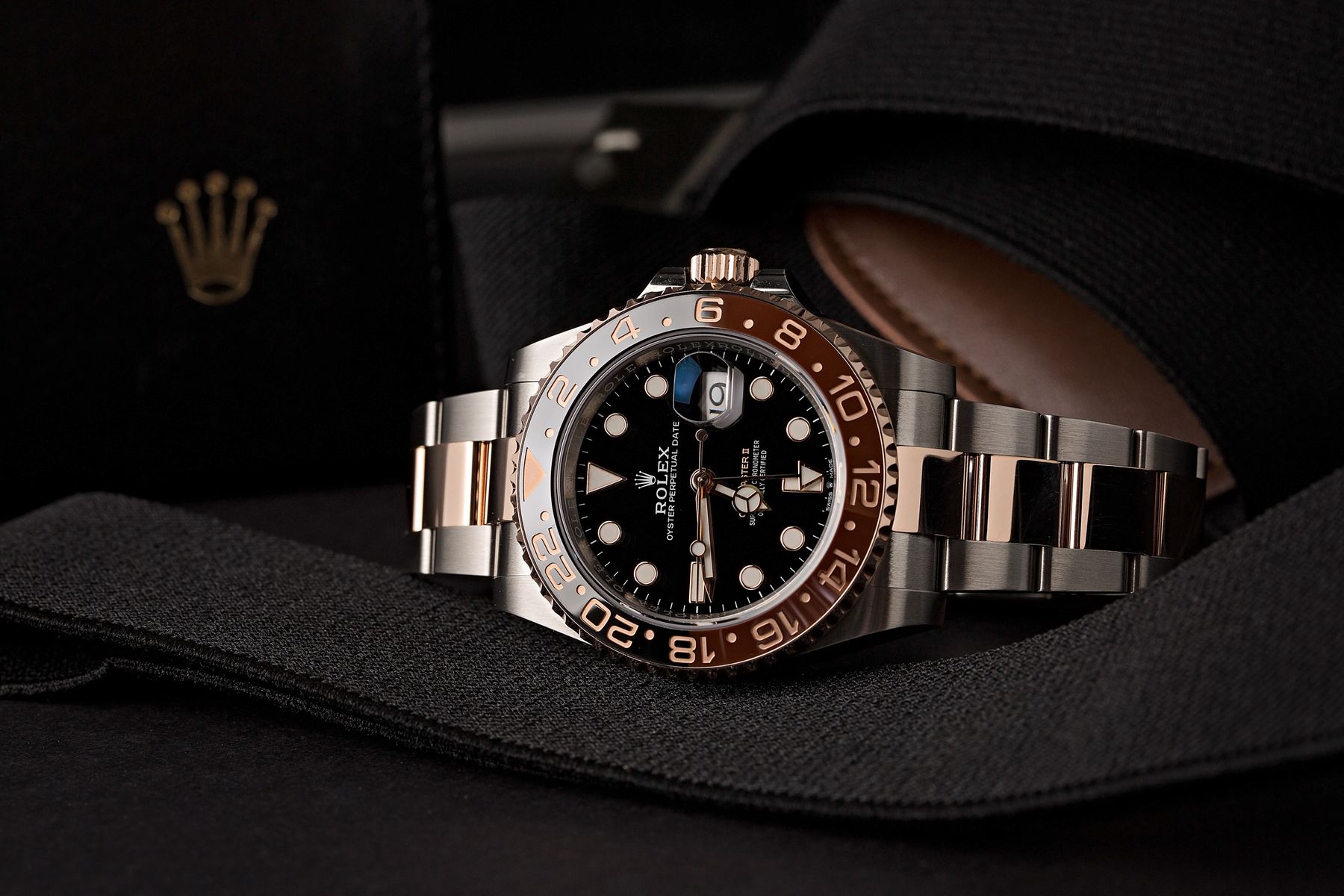 About The Rolex GMT-Master II 126711CHNR

As the legendary green jacket of Augusta was placed around Scottie Scheffler’s shoulders, a two-tone Rolex GMT-Master II ref. 126711CHNR “Root Beer” could be spotted on his wrist during the awards ceremony. First introduced in 2018 alongside the stainless steel “Pepsi” GMT-Master II that has a red and blue bezel, the reference 126711CHNR is the stainless steel and 18k Everose gold version of Rolex’s iconic travel watch that is fitted with a black dial and a split-color brown and black Cerachrom ceramic bezel.

Like other models from the current-production Rolex GMT-Master II range, Scottie Scheffler’s reference 126711CHNR “Root Beer” features a 40mm case and is powered by the brand’s in-house Caliber 3285 movement. Built around Rolex’s proprietary Chronergy escapement, the Cal. 3285 features a blue Parachrom hairspring, Paraflex shock absorbers, and offers users an ample 70-hour power reserve. Additionally, unlike the stainless steel version that is available in three different colorways, two different winding crown configurations, and the option of either an Oyster or Jubilee bracelet, the Rolex “Root Beer” GMT-Master II reference 126711CHNR is exclusively offered with a brown and black ceramic bezel insert and a matching two-tone steel and Everose gold Oyster bracelet. 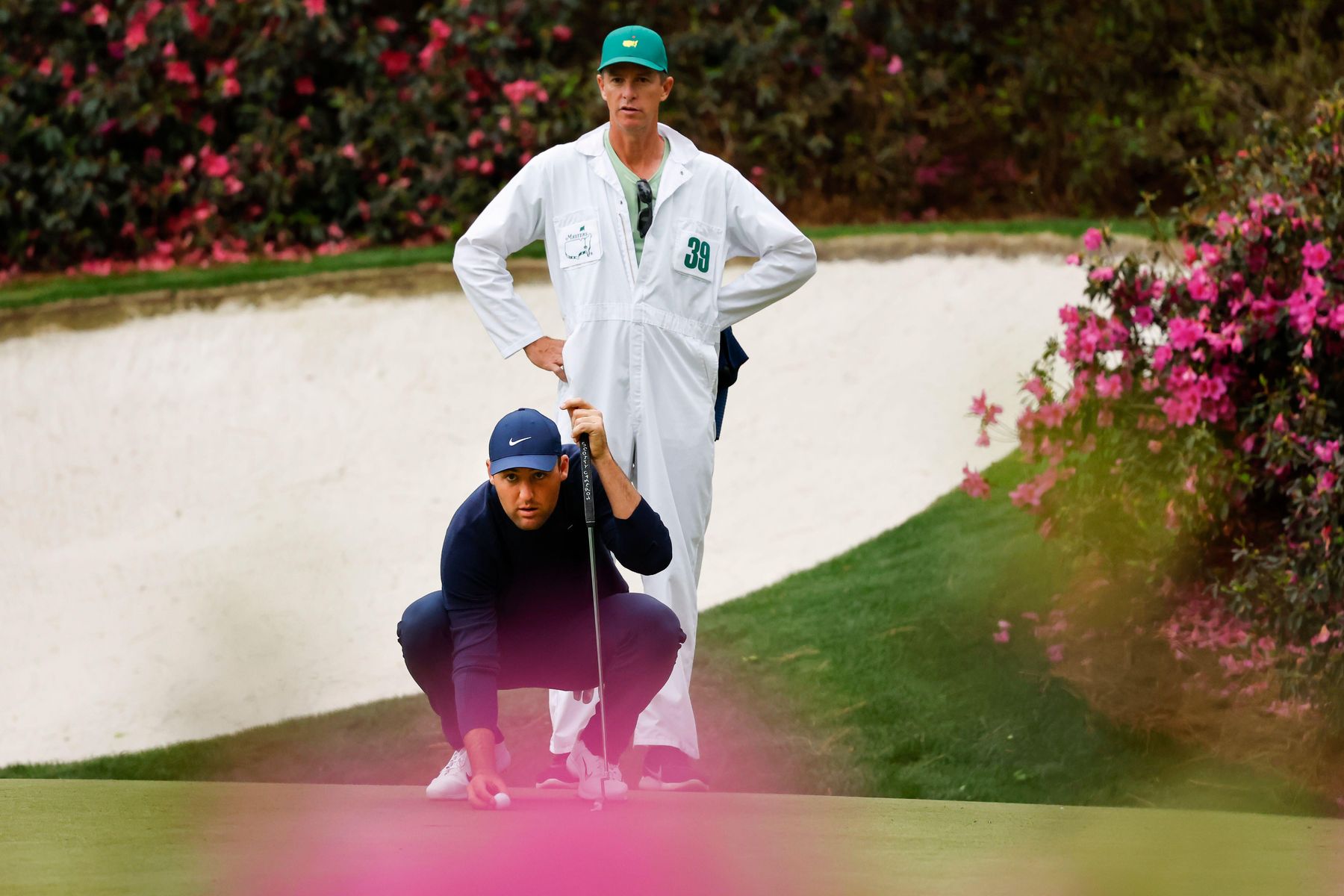 A New Rolex Ambassador or an Award for Winning the Masters 2022?

Although Scottie Scheffler’s sponsors include a number of top-tier brands from the world of world such as Nike, Titleist, and TaylorMade, he doesn’t appear to have a luxury watch sponsor like many of the sport’s other big names (at least not yet). While you can almost guarantee that a Rolex Ambassador will be wearing a Rolex watch whenever the time comes to hold up a trophy, the fact that Scottie Scheffler was wearing a Rolex GMT-Master II 126711CHNR during the awards ceremony likely means one of three things. Either the watch in question is his own personal timepiece, part of his prize for winning the 2022 Masters Tournament, or a sign that you can expect Scheffler to be joining Rolex’s prestigious list of golf ambassadors in the near future.

It’s no secret that Rolex is a major supporter of the world of golf, and the iconic Swiss watch manufacturer has supported the PGA Masters since 1999, along with being an International Partner of the tournament since 2008. Rolex frequently presents watches to the winners of the various sporting events that it sponsors, and there is always a chance that the Rolex GMT-Master II ref. 126711CHNR “Root Beer” that was spotted on Scottie Scheffler’s wrist during this year’s awards ceremony in Augusta was actually given to him by Rolex, rather than being his own privately-purchased watch. However, the big question that still remains is whether it was part of his prize for winning the Masters or if it’s the watch that he selected as a Rolex Ambassador, and you can expect a formal announcement to be made by the brand in the coming weeks.

Unlike certain pro golfers such as Bubba Watson and Phil Mickelson, who are sponsored by watch companies and known to wear timepieces while playing, Scottie Scheffler doesn’t currently have an official watch sponsor (yet), nor does he wear one while on the green. Additionally, he doesn’t seem to have much of a history putting on a nice luxury watch when it comes time to hold up the trophy, which further supports the theory that the Rolex GMT-Master II 126711CHNR that was spotted on his wrist during this year’s Masters awards ceremony is a sign that Scottie Scheffler might be Rolex’s newest golf ambassador. 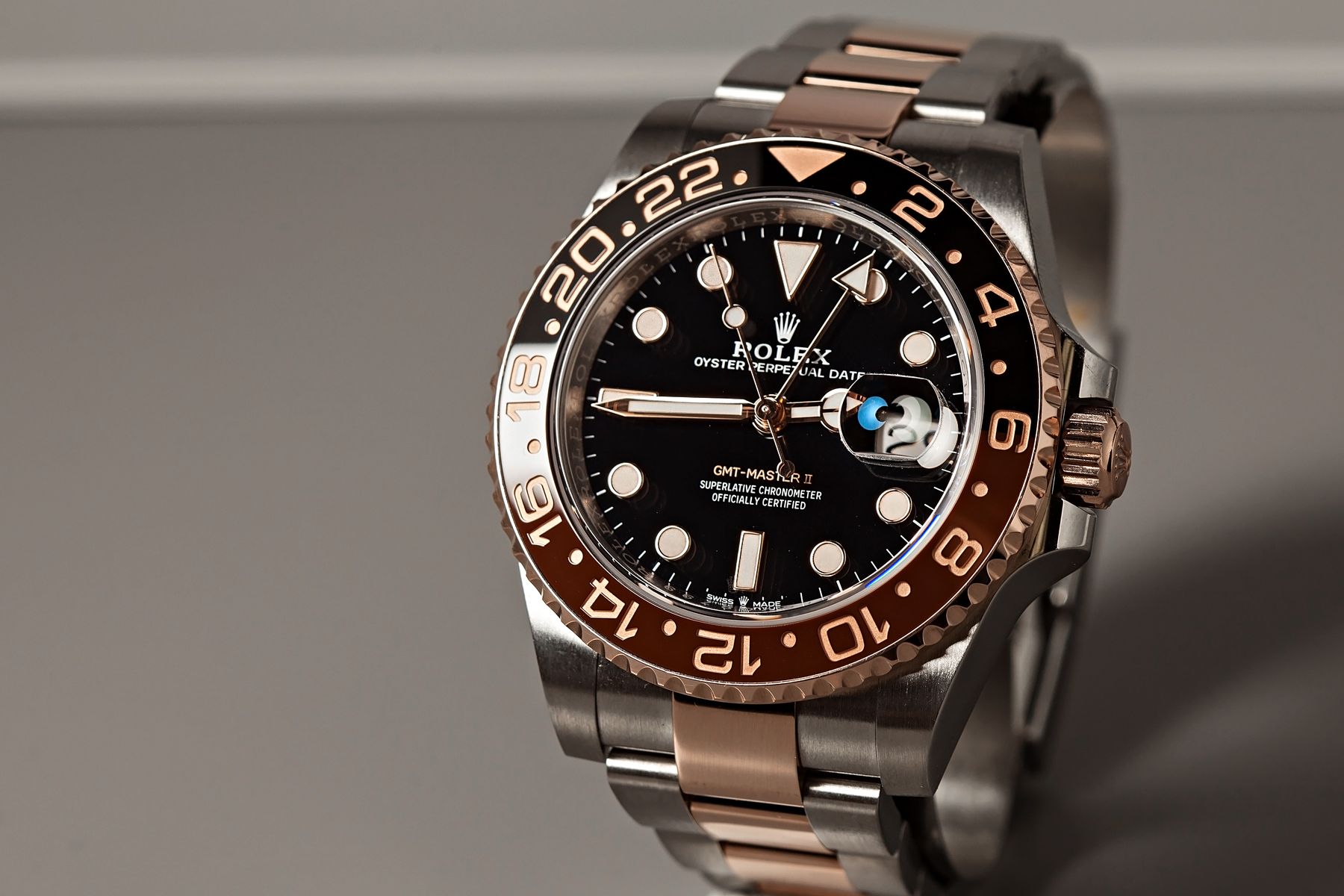