Have you heard of the Rolex murder?

Rolex is celebrating some big achievements this year, including 125 years of National Geographic, and the Rolex Awards for Enterprise, but there are some lesser-known achievements of these stylish watches, too. Like the time a Rolex solved a murder…

Can You Work It Out? 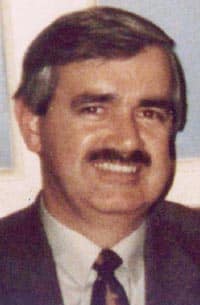 Back in 1990, Albert Johnson Walker was an Ontario financial consultant and Sunday school teacher who was facing 32 counts of fraud. He’d scammed over £1.67 million out of his fellow church-goers and friends, and become Canada’s most wanted man. He decided to flee to Europe with his 15-year-old daughter, leaving his wife to look after their other children, under the guise of a skiing trip.

Walked fled to London, pretending to be a wealthy American businessman called David Davis. He met Elaine Boyes and Ronald Platt, a friendly couple who told Walker how much they wanted to move to Canada. Walker saw his opportunity. He offered the couple directorship of his company and sent them on various business trips.

In 1992, Walker gave the couple one-way tickets to Canada as a Christmas present. He convinced Robert to leave him a signature stamp, his driver’s license, birth certificate and credit card so that he could run the business while the couple was away. As soon as Robert left London, Walker stole his identity.

By 1996, Walker was living with his eldest daughter Sheena as husband and wife. They had two young children, whose birth certificates cited Ronald Platt as their father. Walker regularly spoke Ronald and Elaine, and eventually learned that the couple had split. While Elaine stayed in Canada, Ronald flew home and started living just streets away from Walker and his daughter.

Realizing the game was up, Walker invited Ronald on a family holiday to Devon to cheer him up. While Sheena and the children played, Walker and Ronald went for a  trip on Walker’s yacht. Four miles out, Walker hit Ronald round the head with an anchor, before tying it around his body and throwing him into the sea.

Ronald’s disappearance wasn’t discovered for over six weeks, by which time the trail was cold. It seemed that the killer had got away with it: until the body was discovered, that is.

On 28th July, John Copik was fishing when his nets pulled up a body. There was a clear injury to the man’s head, but it was

presumed that he had drowned accidentally. Police struggled to identify him, but after noticing the body was wearing a Rolex Oyster Perpetual wristwatch, they contacted Rolex. Rolex confirmed that a man named Ronald Platt had bought the watch in 1986…

The police contacted Walker after finding his mobile number on a letting agency reference. Walker visited the station voluntarily and told the police he believed Ronald had gone to France to start a new life after the break-up. It looked as if he’d got away with it.

A few days later, the police tried to contact Walker again, to confirm something he’d said. They visited him at home, but there was no answer. A neighbor informed them that Walker didn’t live there and that his neighbor was in fact called Ronald Platt. He also revealed that Ronald owned a yacht in Devon, and often spent days there.

On 31st October 1997, Walker was arrested on suspicion of murder. The police found Sheena filling bags with gold bars after Walker had spent £67,000 on gold bullion: he’d intended to flee again. During the trial, Sheena testified against her father, claiming he’d hypnotized her. Police used GPS signals from Walker’s yacht to prove he was in the area Ronald died at the time and matched Walker’s fingerprints to those on a bag on the boat.

It took the jury just two hours to find Walker guilty of murder and embezzlement, and jail him. Around £500,000 of embezzled money was returned to the bankruptcy trustees, but Walker refused to reveal what had happened to the rest, or if any is left. Sheena and her children were allowed to return to Canada, and in 2004, Britain transferred Walker back to a Canadian prison. Walker becomes eligible for parole on 6th July 2013, but Canada are intending to prosecute him for the 37 original fraud and theft charges against him shortly.

Crazy, right? It’s no surprise the Rolex Oyster Perpetual has remained one of the most popular watches around!

One Response to “Time To Kill: The Rolex Watch Murder”