Can there be such a thing as a perfect three watch collection, Rolex or otherwise? What constitutes the ideal choice for one person will likely not work for someone else, and even concerning only mens Rolex watches, people require different things out of their luxury timepieces, along with pure personal taste being the most important criteria in any selection.

However, Rolex probably has the best shot at a perfect three watch collection, with their portfolio overflowing with examples that fit into just about every criteria you could want. In its catalog you will find dress pieces, simple three-handers, chronographs, divers, GMTs, mens Rolex watches, women’s models, casual pieces for everyday wear, and other extravagant references for the special occasions. Between them, you can cover just about all bases and do so in some style.

Below we have put together a diverse trio of mens Rolex models to ensure your wrist never looks out of place whatever the situation – and, because this is Rolex whose modern and vintage offerings are both absolutely excellent, we’ll take a pick from the contemporary range and also from the archives. 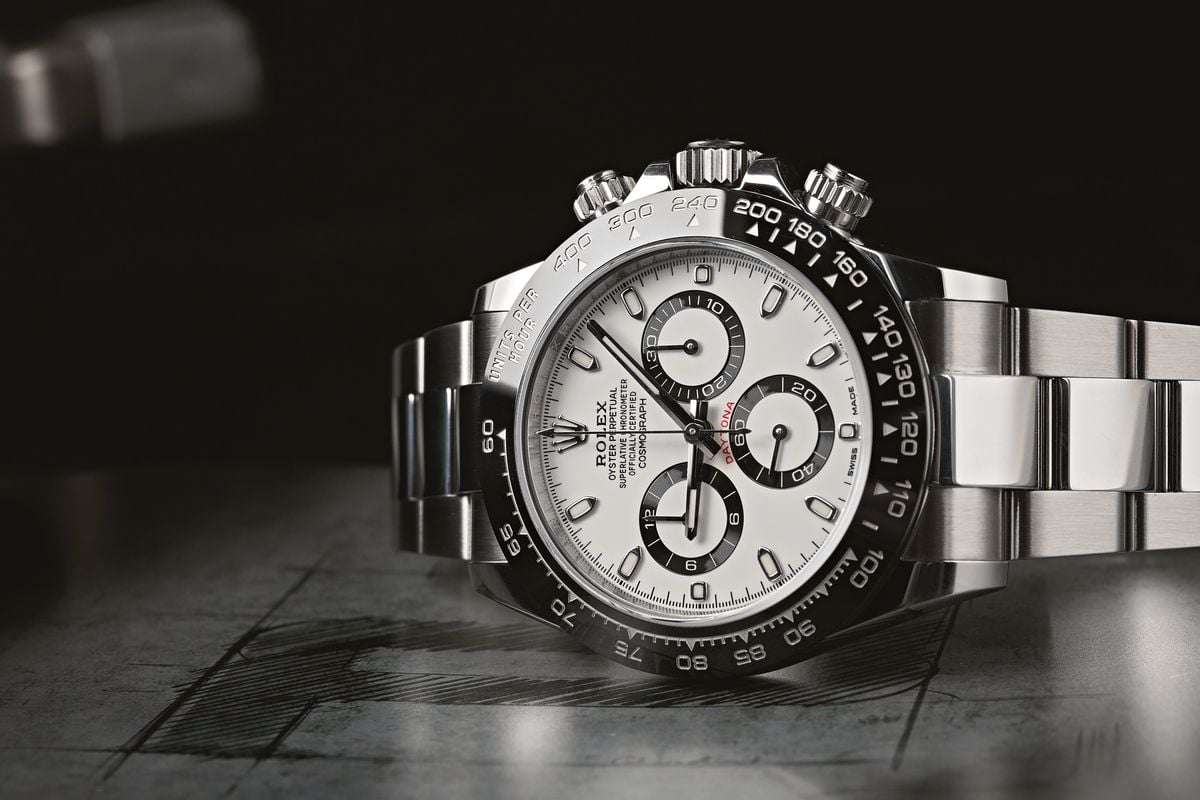 There can only really be one place to start. The Rolex Submariner is undoubtedly the most famous luxury dive watch ever built, and is also among the most instantly recognizable models of any description. Its aesthetics have influenced just about every other manufacturer in the industry at one point or another, but the original remains in a league of its own.

Now approaching its 70th birthday, the modern-day Submariner is better than ever. Year after year, it is among the most universally-loved mens Rolex models in both new and vintage forms and is a true icon within the industry. It may have graduated to a new, beefed-up case in 2008, really the first change to the watch’s visuals in about 50-years, but there is no mistaking the elements that set it apart in the beginning.

The dial is simplicity itself, with its combination of dots and batons for hour markers, and the 12 o’clock triangle all unchanging since day one. The Mercedes handset has been a feature since the end of the 1950s, and that ever-present rotating timing bezel along with its classic dial all work together to give the Submariner the perfect legibility. 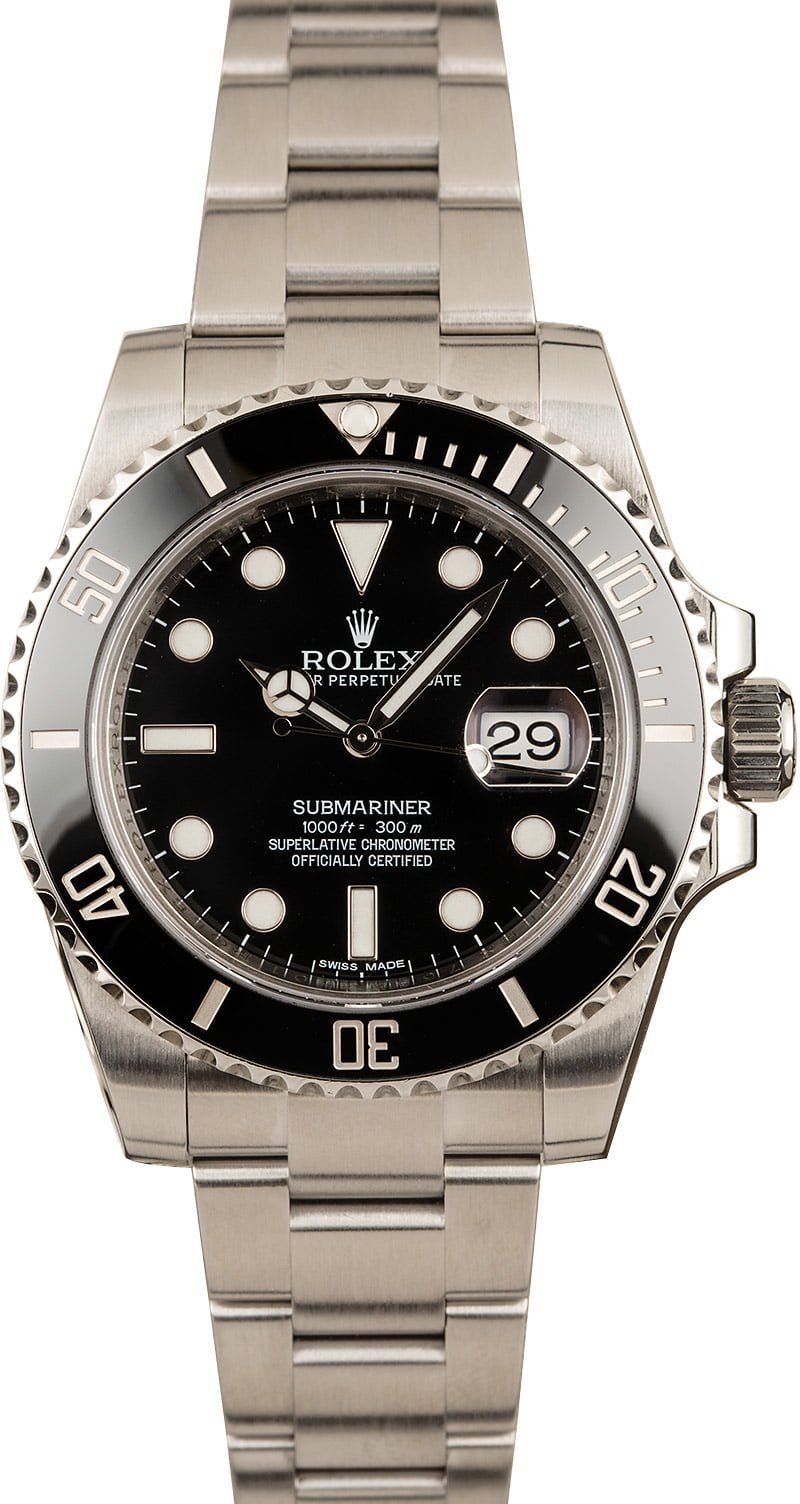 The series split in 1967 into date and no-date versions, with the latter, exclusively in stainless steel, always the preferred choice of most purists – but it is the models with the calendar function and Cyclops lens that offer the greatest variety, available these days in stainless steel, white or yellow gold, or the two-tone (steel and gold) Rolesor, along with a several different bezel and dial color options.

Not a keen diver? That’s ok, that puts you in a club with the vast majority of owners. It has been a long time since the Rolex Submariner was used solely for its originally intended purpose. However, the sort of engineering needed to ensure the watch remains waterproof to an impressive 300m also means that it is more than tough enough to use as an all-day companion. You can rest assured that it will shrug off some harsh usage, whether on dry land or under the waves.

So which are the references that we to add to this three-watch collection? 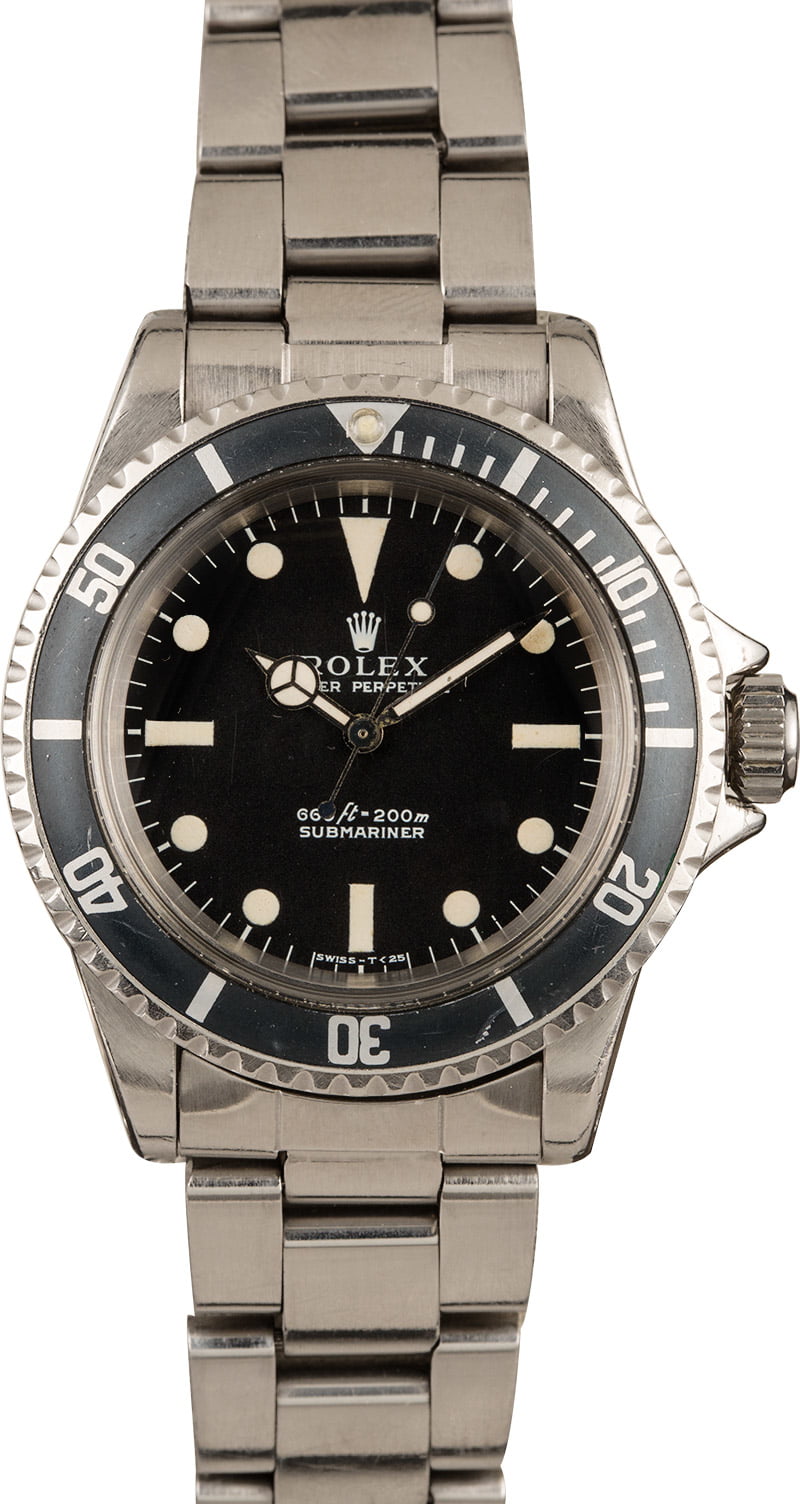 From the current range, the sheer versatility of the ref. 116610LN, with black dial and bezel and a steel case, is hard to beat. While something like the all-green Hulk (the Oystersteel ref. 116610LV) might offer more in terms of eye-catching glamor, it doesn’t match the t-shirt to tuxedo adaptability. Similar case with the ref. 116619LB – its blue dial and bezel are certainly beautiful, but would you really want to wear a white gold, $38,000 watch as an everyday beater?

As for the vintage option, the ref. 5513 is a pure classic. Made from 1962 to 1989, there are plenty of them around, which keeps prices reasonable and offers a surprising amount of variation. Additionally for many enthusiasts, the reference 5513 represents the classic example of a vintage Submariner. The original sleek lines are still there, along with a thick domed acrylic crystal and lug holes on the cases to satisfy any amount of nostalgia.

Prices start at around $10,000, which is surprisingly low for such a legendary Rolex reference. However, if you really want to spend a huge amount of money, try and track down one of the military-issue pieces: the Milsubs.

Mens Rolex Daytona (The Most Versatile)

It could be argued all day long (and sometimes is), which mechanical chronograph is most desirable; the Omega Speedmaster or the Rolex Daytona. We’re not going to pick sides, as both watches are absolutely fantastic and each has plenty of points in its favor; however, even those firmly in the Speedmaster camp can admit that the Rolex Daytona is a very special watch.

Sales of the original manual-winding models may have been rather unremarkable – particularly during the 1970s and 1980s. However the current generation, and the stainless steel examples in particular, are among the most coveted timepieces on the planet that money can’t buy. 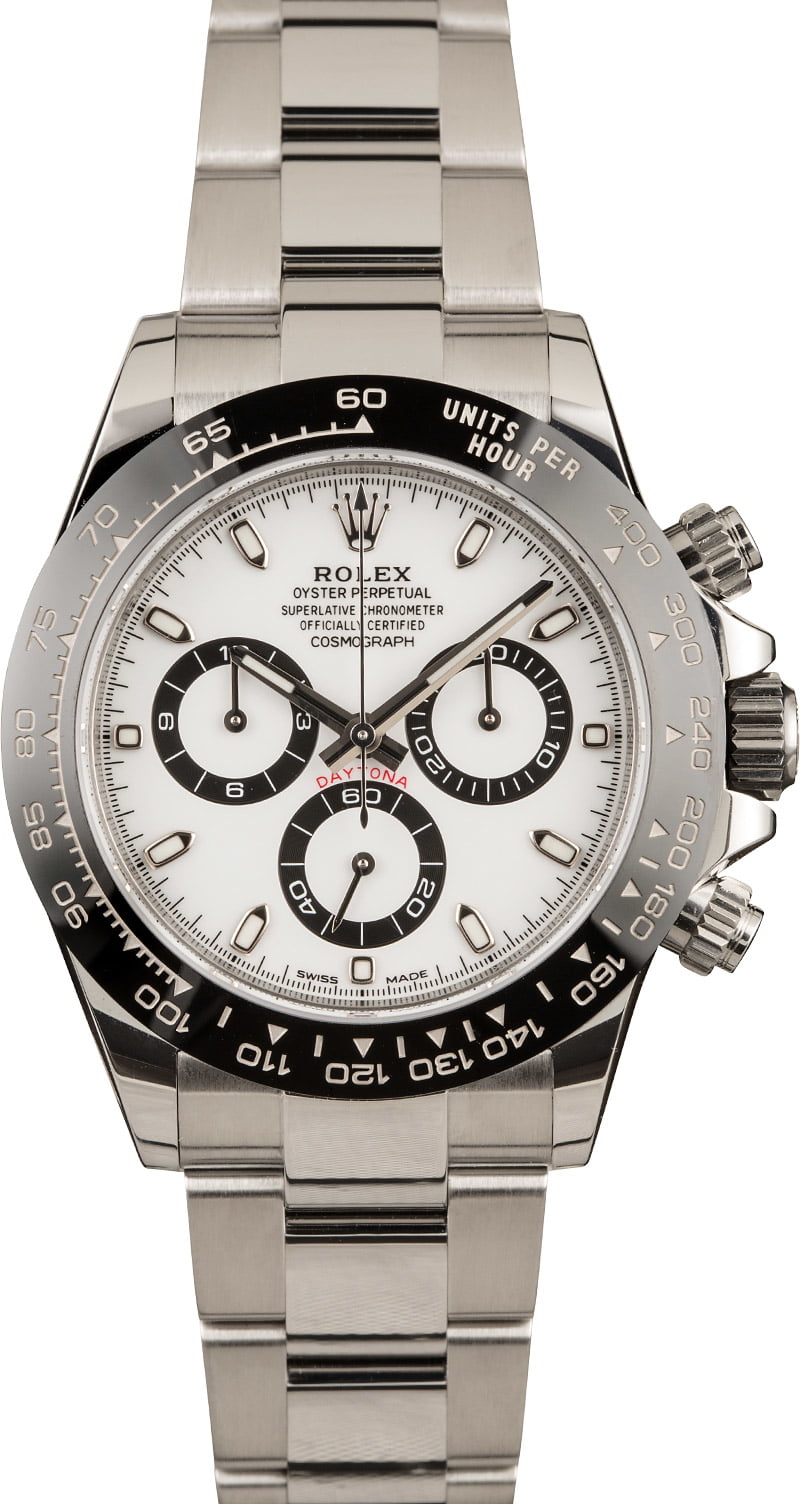 The clamoring for Rolex’s racing chronograph first started to pick up with its second generation, launched in 1988. It was the first time the piece had been granted an automatic movement, a heavily reworked version of the El Primero from Zenith. Released just as the craze for watch collecting was starting to reach new heights, the convenience of the self-winding caliber, married with the Daytona’s ruggedly handsome looks, helped put the watch back on people’s radar.

The third generation was introduced in 2000, and was the first Rolex chronograph to be powered by an entirely in-house movement: the Caliber 4130. Commonly regarded as one of the finest chronograph movements ever produced, the Cal. 4130 features a vertical clutch, offers users a 720-hour power reserve, and is still used to power all modern Rolex Daytona watches.

Today, the Daytona has the broadest range of different varieties of any of Rolex’s Professional watches, cast in every flavor of gold, along with the half-and-half of Rolesor, and even solid platinum. Additionally, there are pieces with metal bezels as well as some crafted from the manufacturer’s own proprietary ceramic compound, Cerachrom, along with several wearing the brand’s first ever rubber strap, the Oysterflex.

So, which Daytona references deserve a spot on this list? 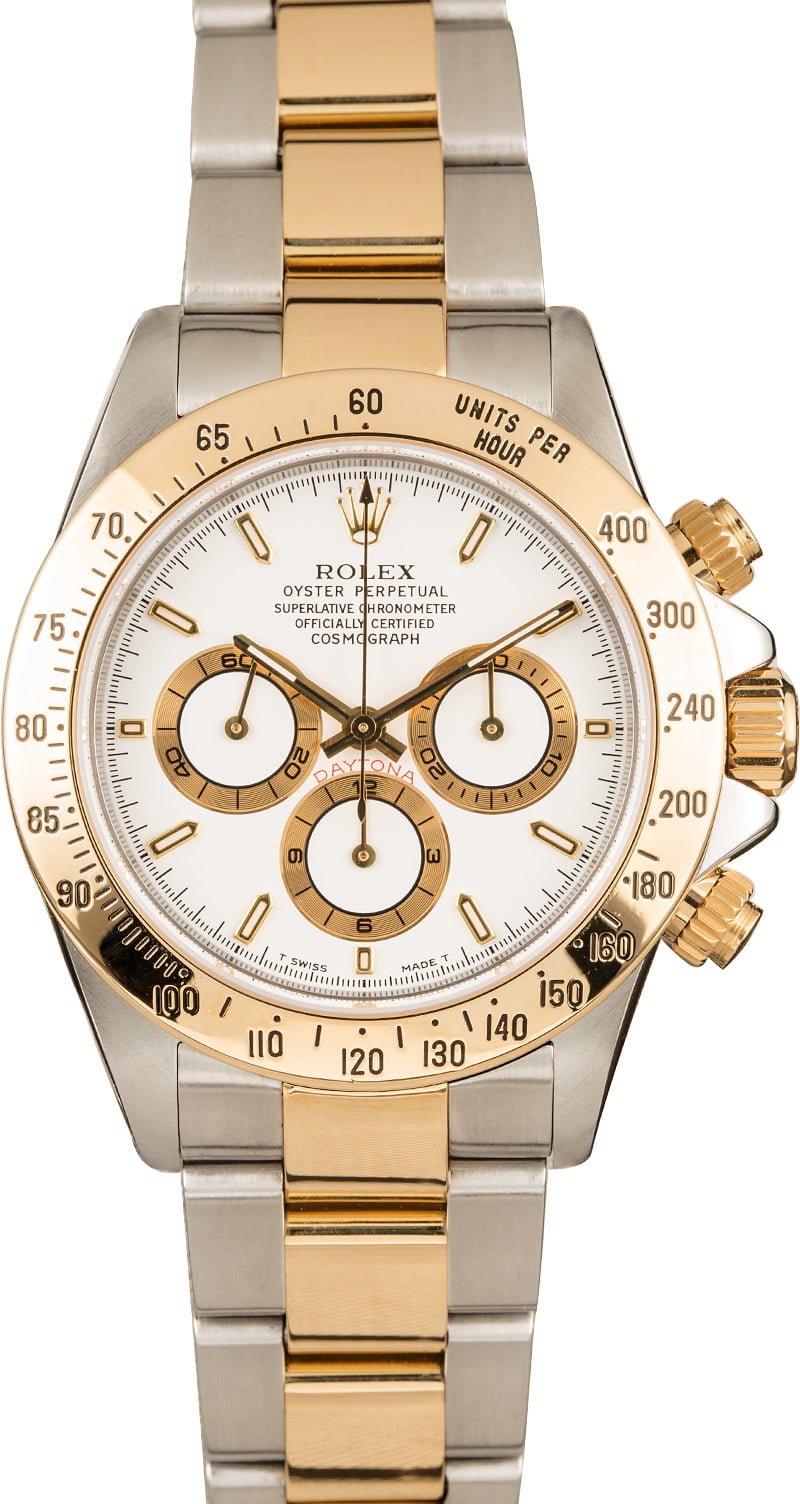 The ref. 116500LN is the stainless steel model, fitted with the ceramic bezel and available with either a black or white dial. It is a superbly good-looking watch, as well as being a highly capable one. The vertical clutch on the in-house caliber eliminates any sign of judder when chronograph hands start or stop, allowing accuracy down to 1/8th second. The screw-down chronograph pushers and Triplock crown, secure the case’s water resistance up to 100m, and the whole thing sits on an Oyster bracelet with Easylink extension for the ideal fit.

As for the vintage option? The Rolex Daytona is a watch where the sky is the limit when it comes to price. Early manual-winding versions – particularly those with Paul Newman dials – can change hands for hundreds of thousands of dollars, which puts them out of reach of the majority. But for the best value among the older models, the so-called Zenith Daytona references are hard to beat.

The two-tone examples represent the entry point, starting at around $12,000, they are a lot cheaper than purchasing one of the modern stainless steel pieces on the preowned market, which is really the only place you have a chance of getting hold of one these days. For possibly the best value for the money among all Rolex Daytona watches, check out the two-tone Zenith Daytona ref. 16523 for an exceptional model at a great price.

We’ve had two legendary tool watches, now we need to round out this three-watch collection for when the situation calls for something altogether more dressy. The Rolex Day-Date, otherwise known as the Rolex President, is the brand’s flagship offering and has been the number one choice among many of the world’s most influential individuals for more than 60-years now.

A watchmaking revolution on its initial release in 1956, the Rolex Day-Date was the first automatically winding, waterproof wristwatch ever made to display both the date and the day of the week, spelled out in full through separate windows in its dial. 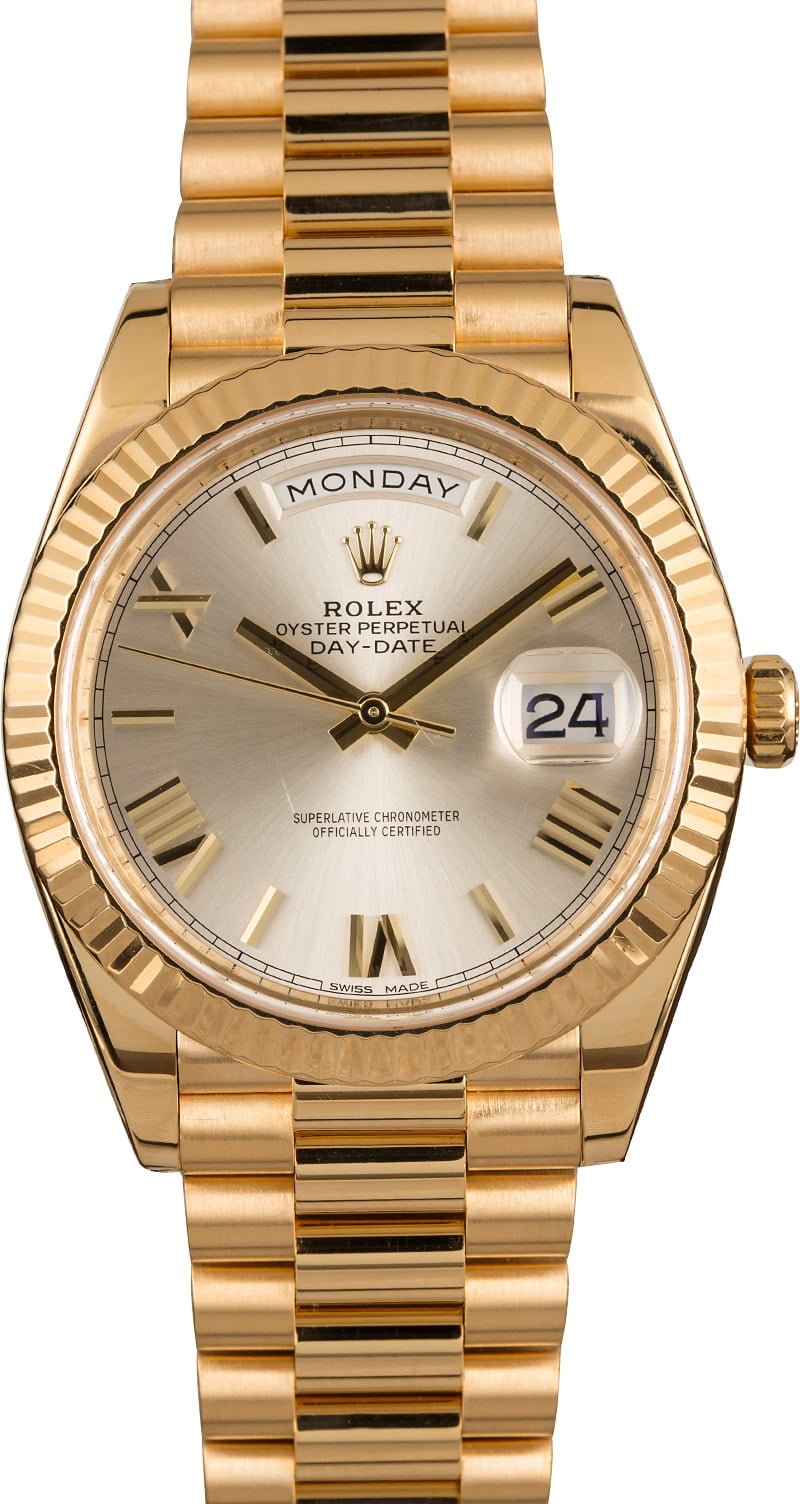 Just as with the Datejust, the Rolex Day-Date has always been issued in a wide array of different combinations of dial color and bezel type, but unlike its close cousin, only precious metals have ever been used for its construction. Yellow gold, rose gold, and white gold are all options, along with the ultimate statement of luxury, platinum. Although a very small handful of vintage stainless steel models are known to exist, the Rolex Day-Date has never officially been offered with a hint of stainless steel or two-tone (Rolesor) in the entire lineup.

It is unapologetically elitist, found on the wrists of many of the world’s most powerful leaders, as well as legends in the fields of sport, music, film, and entertainment. When it comes to making a tacit announcement that you have ‘made it’, there is little that can match the universally recognized status symbol that is the Rolex Day-Date.

However, deciding which version to add to your three-watch mens Rolex collection is less of a straightforward process than with the Submariner or Daytona.

As far as choosing a Day-Date model, there are more than 150 examples in the current range, in both 36mm and 40mm, some relatively understated, others brazenly grandstanding. You can take your pick from countless different styles, as well as a total of 26 separate languages for the days of the week. The good news is that they all run on the latest movement, the Caliber 3255, which features the brand’s own Chronergy escapement offering greater efficiency and an increased power reserve of 70 hours.

As for which older Day-Date references from the archives to choose, possibly the series most worth exploring is the ref. 182XX, produced from 1988 to 2000. Looks-wise, this generation is very similar to the current 36mm models, with minor updates to case proportioning and finishing being the most noticeable differences other than a slightly updated style of dial. Powered by the Caliber 3155, this series offers many of the touches you could want from a modern watch, such as a sapphire crystal and Double Quickset for the calendar functions, but at a price which is amazingly attainable. You can often find examples in solid 18k yellow gold for around $12,000.

So that is one option for the perfect three-watch collection of mens Rolex models. Tell us what you think and drop your own suggestions in our comment section below.