Vintage Rolex Watches Everyone Can Afford

No one is going to pretend that vintage watch collecting is the cheapest activity in the world. If you are venturing into this hobby for the first time, scouring the pre-owned market for that initial purchase can see you faced with some alarming dollar figures, especially if you have your heart set on a Rolex.

Yet, fear not! The brand has been around for so long and has such a wide and varied portfolio, that there are models out there to suit just about any budget. The most affordable vintage Rolex watches actually fall into two different categories, and the underlying reasons behind why these two categories remain affordable are total opposites of each other. One type remains attainable because it consists of models that were never really all that massively popular, meaning that demand is lower and therefore so are the prices. The other type remains affordable because these models were the ones everyone wanted, leading to vast quantities being made, and the present-day oversupply has kept costs down too.

Of course, this all only applies to certain models. We can’t list the real icons (Submariner, Daytona, GMT-Master, etc.) under the heading ‘Everyone Can Afford.’ However what we are left with are some spectacular watches, the cult heroes that can set you apart in an overcrowded space – and that won’t break the bank while doing it. Below, we have picked out a few of our favorite affordable vintage Rolex watches. 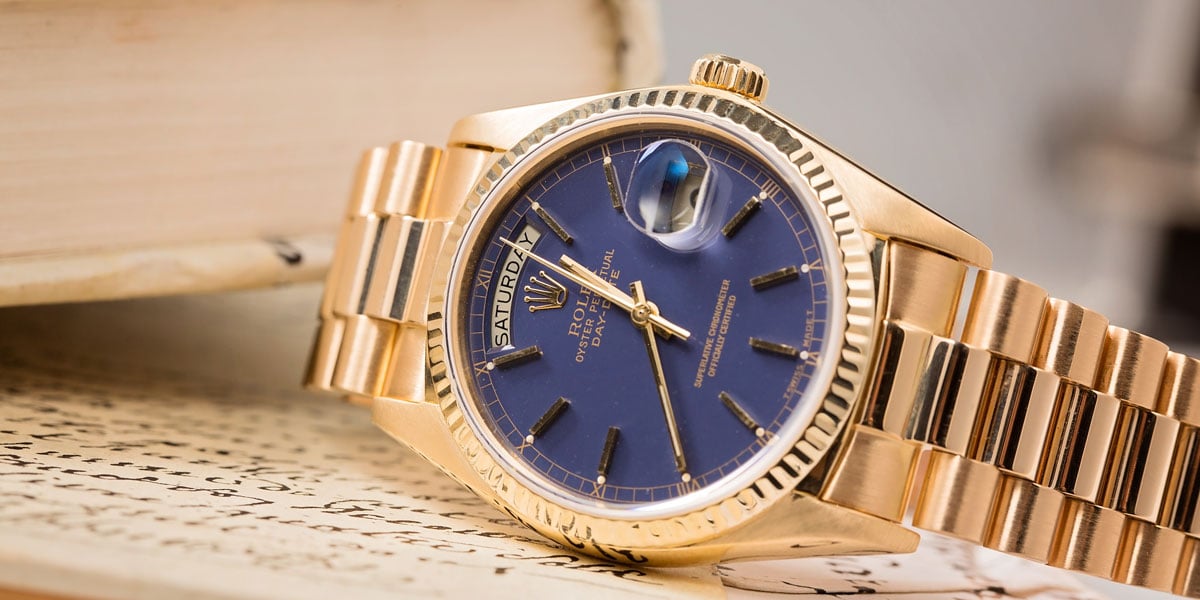 Very much sitting at the head of the second of our two categories, the celebrated Rolex Datejust has been among the brand’s best selling creations since it debuted way back in 1945. With a mind-boggling array of different metal, bezel, dial, and bracelet permutations, it has always been the one watch designed to suit absolutely anybody. Furthermore, it bridges that gap between an all-out dress piece and a rough-and-ready tool model; fitting in anywhere, and complementing any situation.

It is obviously possible to spend huge amounts on a Datejust, but it is by no means necessary. The model has never been subjected to the Rolex policy of limiting allocation (which continues to frustrate those looking for a steel sports watch today), and it has been built in enormous numbers over the decades. (There’s even a better than average chance of being able to buy a brand new example straight from an Authorized Dealer. Imagine that!)

Of the vintage references, the ref. 160X family (introduced in 1959) is the most reasonably priced. This was the series that really nailed down the aesthetics, helped along by adopting a new thinner movement, the Cal. 1565 (and later the Cal. 1575) which did away with the “Bubble Back” cases of previous iterations. However, it still has those two touches loved by all vintage fans – a pie pan dial (where the outer rim is recessed to look like an inverted plate) and an acrylic crystal. The range was in production for nearly 20-years, meaning the pre-owned market is swarming with great examples, in any style you can imagine. But it is perhaps the ref. 1601, with its two-tone steel and gold Rolesor metal combination and fluted bezel, that screams ‘Rolex’ the loudest.

A steel 36mm case topped with a gold surround is a trademark visual, and prices start for as little as $4,000. If you can live without the Jubilee bracelet and are happy to wear your Datejust on a leather strap, you can have one for even less. An undisputed star of horology, it is not every day you get to wear such a vital slice of history.

And speaking of history, the Rolex Air-King was launched even earlier than the Datejust, one of a series of ‘Air’ watches Rolex founder Hans Wilsdorf dreamt up to celebrate the heroics of British RAF pilots in their defense of the U.K during WWII.

The Air-King has been in constant production ever since, with the exception of a couple of years starting in 2014. Yet even with that 70-plus year run, it still stands as one of the more under-appreciated names in the Rolex collection. Further evidence comes in the form of just how far the Air-King has lagged behind the rest of the catalog in receiving its incremental updates. Incredibly, it wasn’t even fitted with its first chronometer-certified movement until as late as 2007.

From the outset, the watch was always the epitome of stylish, unassuming elegance. By the time the Rolex 5500 emerged in 1957, the range had already been through several references; however, this was the one Rolex was obviously the most satisfied with because it stuck around for an incredible 37-years. A 34mm stainless steel three-hander with not so much as a date function to muddy up the dial, the Air-King was here to tell you the time and nothing else, and it remains one of the most starkly handsome creations the brand has ever put forward.

Rolex Air-King 5500 watches always have a smooth polished bezel, a plain stick handset, and the hour markers on the vast majority of examples were simple batons. However, there was a short-lived experiment in the late 50s to early 60s that put the Explorer’s 3/6/9 dial and Mercedes hands on the Air-King’s case, making a 34mm Explorer ref. 5500.

Another dial discrepancy tells the story of what’s going on inside. The ref. 5500 had two different calibers during its term; the Cal. 1520 and Cal. 1530. (This being Rolex, the Cal. 1530 came first, with the Cal. 1520 arriving in 1963). Neither movement was COSC-rated and so the ‘Superlative Chronometer Officially Certified’ text that we are used to seeing on Rolex watches is missing. In its place is ‘Super Precision’ in the Cal. 1530-driven pieces and either just ‘Precision’ or else no designation at all (known as “Pre-Precision” dials) on the Cal. 1520 models. That lack of chronometer status is no reason to avoid the ref. 5500 though; both of the movements are fine examples of Rolex engineering and keep time beautifully.

And the price for all this fascinating vintage fineness? A late-model example in perfect condition can be had for as little as $3,500. One of the unsung masterpieces of Rolex’s formative years, the reference 5500 Air-King is a genuine bargain.

It might represent a significant jump in price over the other two models on our list, but the Rolex Day-Date, a.k.a “The President” also represents a lot more watch for your money.

The debut reference was launched in 1956, some 11-years after its closest cousin (the Datejust), immediately taking over flagship duties, and becoming the first waterproof automatic wristwatch ever made to display both the date and the day of the week spelled out in full. Both released the same year (1959), the ref. 180X is to the Day-Date what the ref. 160X is to the Datejust; the generation that settled everything down after a turbulent start and squared away the most important design and engineering elements. It was also the series which started introducing the exhaustive dial option list, all the better to cater to as wide a cross-section of the public as possible. Well, so long as it was a cross-section of the world’s power players and those who would only accept the finest things in life – unlike the Datejust, stainless steel was never to play a part in its makeup; for the President, it was precious metal or nothing.

The ref. 1803 was available in all three flavors of 18k gold (yellow, white and rose) along with platinum for the ultimate luxury execution. Exclusively a 36mm model, the reference is most commonly found with a fluted bezel, but the range also gained other bezel styles throughout its run. Surrounds could be had with a smooth polish, or alternatively with a tree bark, Florentine, or Morellis finish, or even diamonds.

Much like the Datejust, the ref. 1803 also swapped movements during production. Starting out with the Cal. 1555, beating at 18,000vph, it was upgraded in 1967 to the Cal. 1556; ostensibly the same but with a higher 19,800vph frequency. Although the latter was given a hacking function, neither featured the convenience of a Quickset which allowed wearers to advance the calendar complications independently of the time-telling hands. Both watches would have to wait until they were superseded in 1977 for that innovation.

And so to the cost. A yellow gold Day-Date ref. 1803 on its eponymous President bracelet is going to start at between the $9,000 and $10,000 mark, which is a hefty chunk of cash. However, as a solid gold, out-and-out dress watch, it suits a high quality leather strap extremely well, and here prices can be as low as $5,000 or $6,000. This is for one of the all time classic Rolex references, in solid 18k gold. As a vintage purchase with an unbeatable pedigree, it doesn’t get much better than that.