Once again caging for the Houston Rockets, Dwight Howard apparently felt like spreading holiday cheer this year. He treated three of his teammates to a gift of Rolex watches, showing them love with a special gift that instantly became a valuable investment due not only to the notoriety of the piece but its inherent beauty and quality.

Teammate Chandler Parsons received a gold Rolex which he immediately posted on Instagram with a big “thank you” to his teammate. Omri Casspi received a beautiful stainless steel model, while Greg Smith’s was two-tone.

Rolex makes a great gift for any occasion, but the former-now-returned Rocket had a special reason to reward his teammates with quality timepieces. Howard’s current salary with the Rockets is more than $20 million, and his return to his home team obviously inspired him with thanksgiving during the holiday season.

Howard has had a long career in professional basketball already. He skipped college to play with the Orlando Magic right out of high school after being drafted. His strong faith and family values have made him a league favorite as well as a role model for many young athletes. 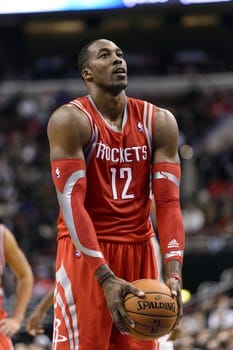