Last Sunday saw Jimmy Kimmel host the 90th edition of the Academy Awards and as expected, all the A-List celebs in attendance dressed to the nines. Accompanying the dapper tuxedos and glorious gowns, we saw a fantastic assortment of luxury timepieces and lavish jewels too. While we loved the solid celebrity wrist game flaunting timepieces from Piaget, Montblanc, IWC, and Bulgari, there was one clear winner for us—Sam Rockwell’s GMT-Master II. Walk down the red carpet with us as we discover a little more about the Academy Award winner’s Rolex watch. 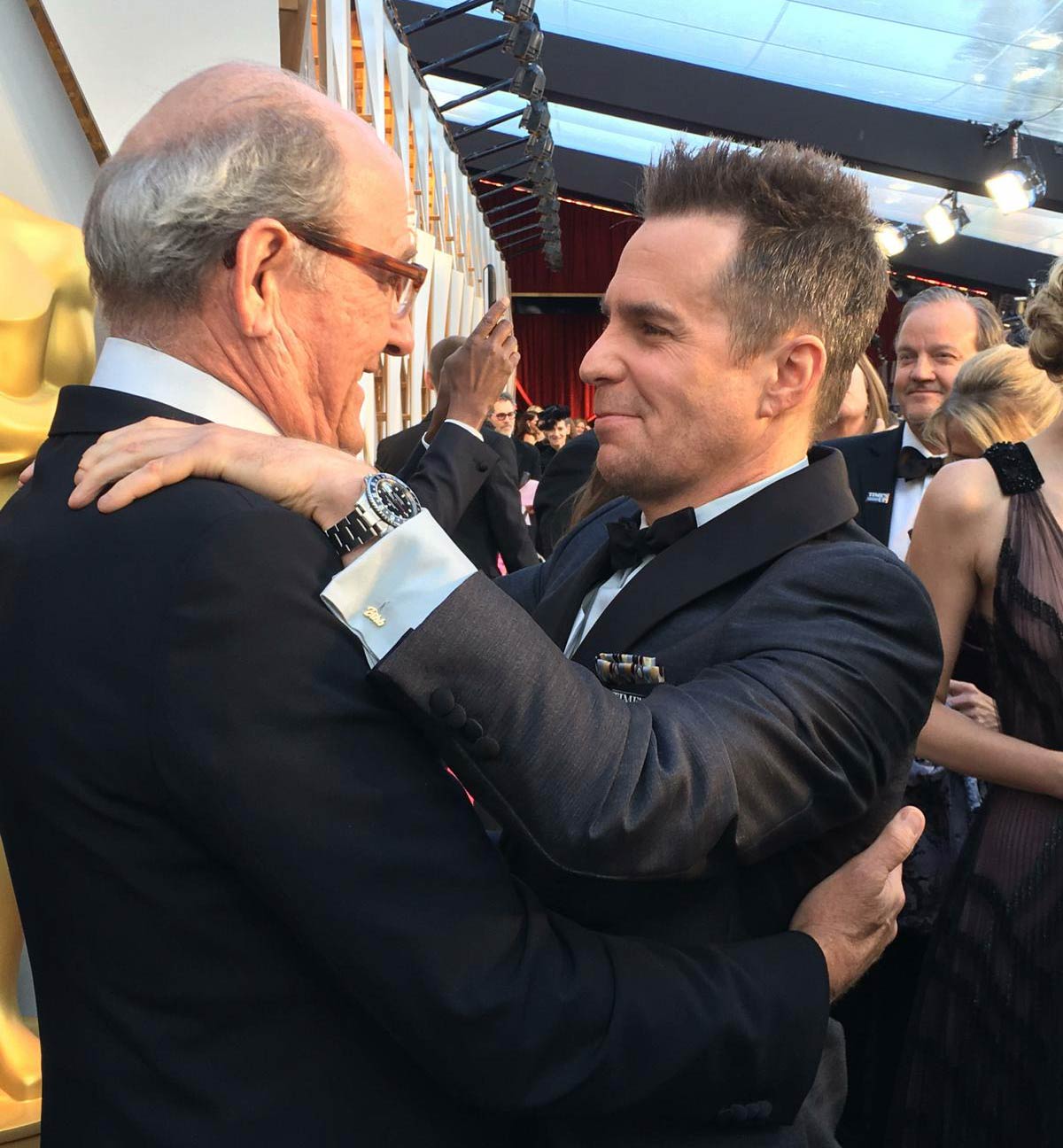 Sam Rockwell’s Rolex was seen at the Oscars. (Credit: MediaSpokesman.com)

A familiar face in Hollywood, Sam Rockwell has been playing supporting characters in top films for decades. And finally, 2018 is his year—and he has the awards to prove it.

Sam Rockwell won his first Oscar last Sunday, taking the Best Supporting Actor for his role in Three Billboards Outside Ebbing, Missouri, The actor beat out nominees Willem Dafoe, Woody Harrelson, Richard Jenkins, and Christopher Plummer. His Oscar now joins his other awards from this season including a Golden Globe award, a Screen Actor’s Guild award, a Critics Choice Movie award, an Independent Spirit award, and a BAFTA award. We hope he has the shelve space! With him was his black GMT-Master II ref. 16710. 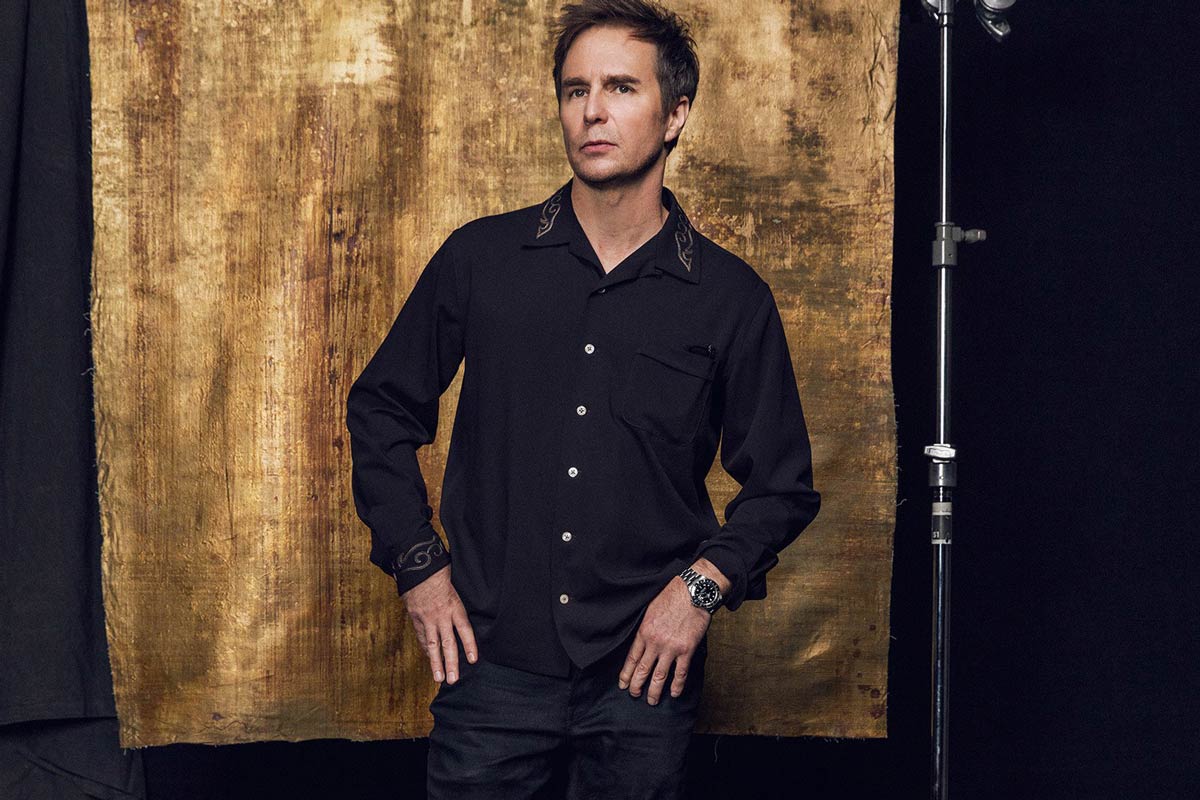 Whereas the celebrity and fashion media focused on Sam Rockwell’s custom “Leslie Bibb” cufflinks in honor of his longtime girlfriend and fellow actress, we noticed something else on Oscar night. He had on a sporty Rolex GMT-Master II ref. 16710 on his wrist, which judging by some old photographs, he’s had for quite a while.

Produced from 1989 until 2007, the Rolex GMT-Master II 16710 has since been replaced by the current GMT-Master II ref. 116710 with a ceramic bezel. The last of the GMT-Master II models with the aluminum bezels, the ref. 16710 is an absolute classic. It was made available in three bezel choices—red and blue “Pepsi”, black and red “Coke”, and solid black. Furthermore, since the current GMT-Master II is a redesigned version of the Rolex’s famous pilot watch, many Rolex enthusiasts appreciate the classic ref. 16710 for its less hefty size and smaller lume plots on the dial.

Sam Rockwell’s GMT-Master II ref. 16710 is the black bezel version, which (we’re sure he can attest to) makes for a great daily luxury sports watch. The only pop of color we see on the steel and black GMT-Master ref. 16710 is the red GMT-hand, charged to indicate an additional time zone. 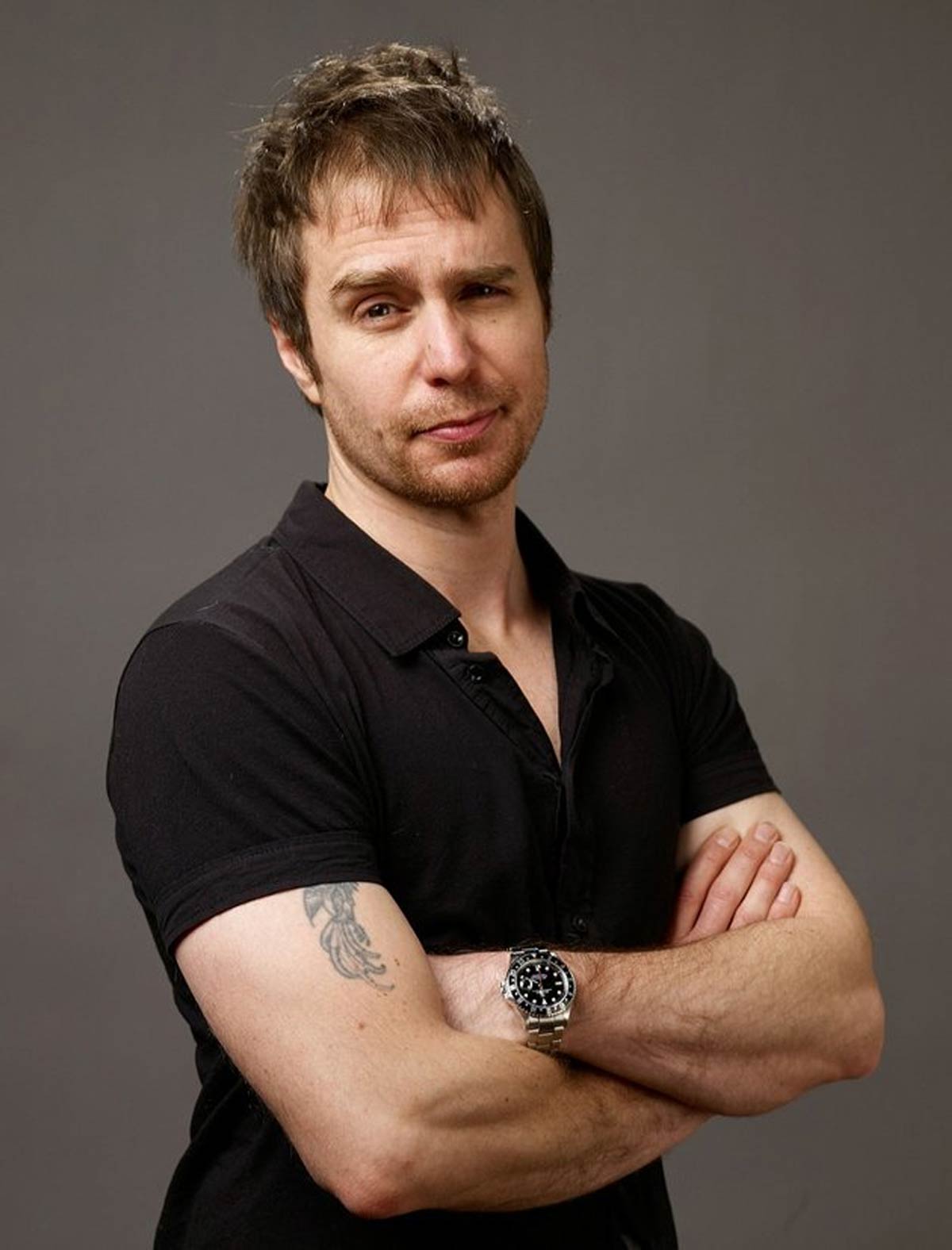 With good looks, hard work, and a Rolex, you can be like Sam. (Credit: Celebhips.com)

Rolex and the Oscars

If you had watched the ceremonies on Sunday, you would have no doubt noticed the Rolex commercials starring Academy Award-winning directors Martin Scorsese, Alejandro González Iñárritu, Kathryn Bigelow, and of course, James Cameron. In fact, Rolex is a sponsor of Hollywood’s biggest event and the company designed the Oscar’s Green Room. The room was styled like a luxury Swiss Chalet (naturally) complete with overblown images of the Swiss Alps.

Although Rolex was an official sponsor of the events, it was great to see celebrities wearing their own Rolex watches from their personal collections. In addition to Sam Rockwell’s GMT-Master II, host of ABC’s Good Morning America and former NFL player, Michael Strahan, wore his ceramic Daytona ref. 116500LN as he interviewed the stars walking the red carpet. Plus, fresh from his Olympic bronze medal win at Pyeongchang, ice skater Adam Rippon was also there wearing his favorite two-tone Datejust 41 on a jubilee bracelet.

Congratulations to Sam Rockwell and all the other winners from this year’s Oscars!

Did you see any other Rolex watches at the Oscars? Let us know in the comment section below.