The Golden Ticket to Tour the Factory: The Rolex 5100 Beta-21 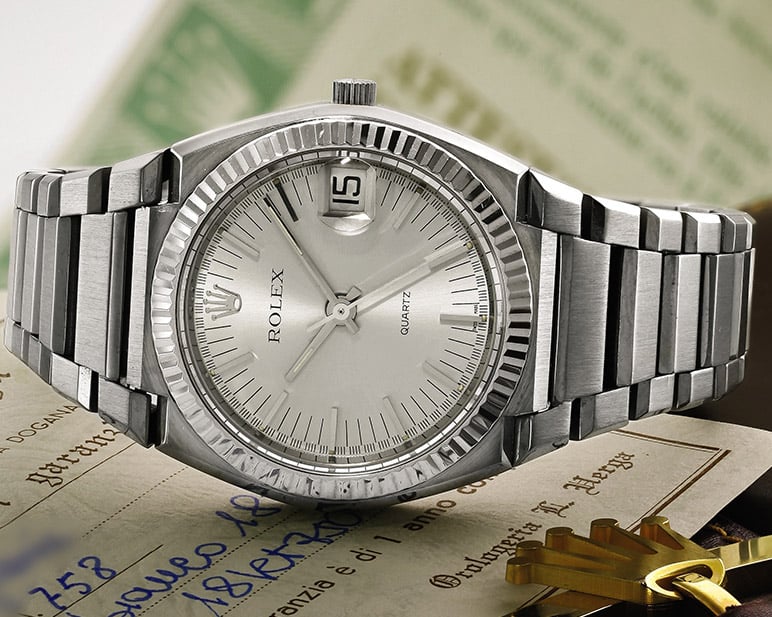 Rolex 5100 with a Quartz Beta 21 Calibre. Credit to: Haute Horlogerie

While many people are familiar with Rolex’s brief venture into the quartz watch market with the Oysterquartz line of watches, fewer are aware of the very first quartz watch to bear the Rolex name: the reference 5100 Beta-21. 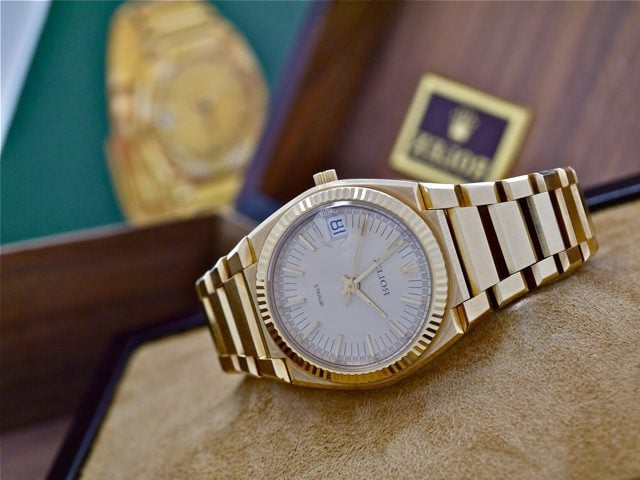 In 1962, Rolex and twenty other Swiss watch manufacturers formed the Centre Electronique Horologer. The purpose of this group was to develop a quartz movement that could be used in wristwatches. In 1966, the first prototype, known as the Beta-1 was produced, and by 1969, its final incarnation, the Beta-21 was ready for production. 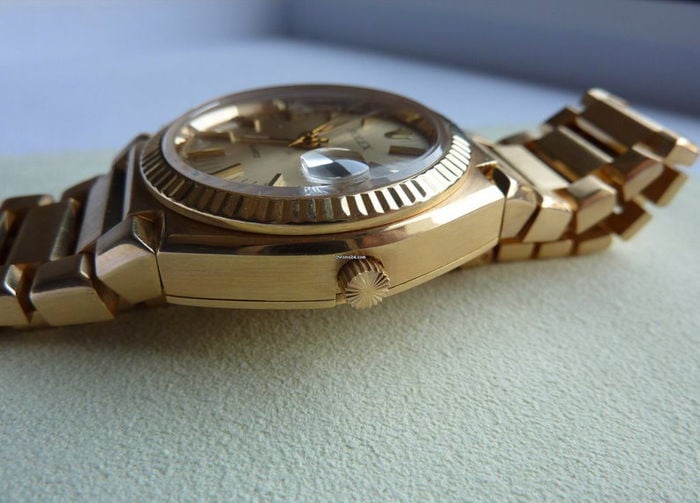 Sixteen different watchmaking companies used this movement in their watches, and among these was Rolex, who used it to power the reference 5100 Beta-21. Unveiled at Baselworld 1970, the reference 5100 was released in a special limited series of 1,000 pieces – all made from solid, 18-karat gold – and each with its limited edition number engraved on the side of the case. 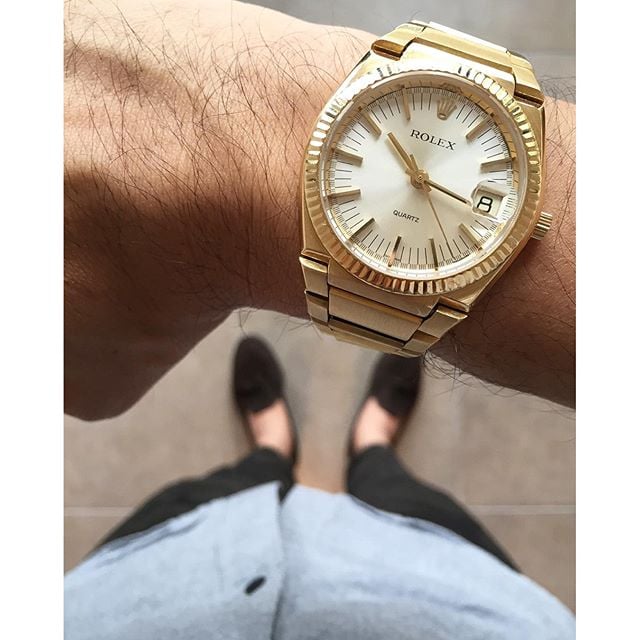 Feature wise, the reference 5100 Beta-21 was ahead of its time. In addition to being one of the first Swiss quartz wristwatches, while there are other types of movements available, the Rolex 5100 Beta 21 was a first of its kind. It was also the first Rolex to feature a synthetic sapphire crystal, a hacking feature, and a quickset date function. The reference 5100 was the most expensive watch in the Rolex catalogue at the time, and Rolex did a great deal to showcase its exclusivity and limited numbers. The following quote is from early promotional materials for the reference 5100:

“At our central headquarters in Geneva there is a Golden Register, a Who’s Who of our clients who proudly count a Rolex Quartz among their most precious possessions. They form the Rolex Quartz Club, one of the most exclusive clubs imaginable… Members of the Club are always welcome at Rolex Geneva. On their first visit, they are invited to sign the Golden Register and can enjoy a personal tour of the Geneva world Headquarters.”

The Beta-21 movement was rather large and awkwardly shaped, so the reference 5100 had to use a chunky, 40mm case to house the movement. This was especially large for the time; however buyers loved its bold style, and the large dimensions earned the reference 5100 the nickname, the “Texan”. All 1,000 watches were presold before production even began. 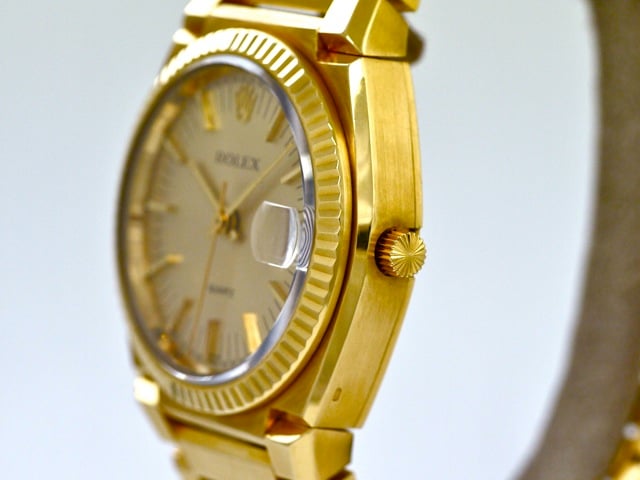 Rolex 5100 The Texan. Credit to: Bachman-Scher

Although the reference 5100 was Rolex’s most expensive, most advanced watch; it was quite a deviation from their usual traditions.  The Beta-21 movement was not constructed by Rolex, but rather by one of their Swiss competitors. More importantly, its dimensions made it impossible for Rolex to use their famous Oyster case – the very thing that the company had built its reputation upon. 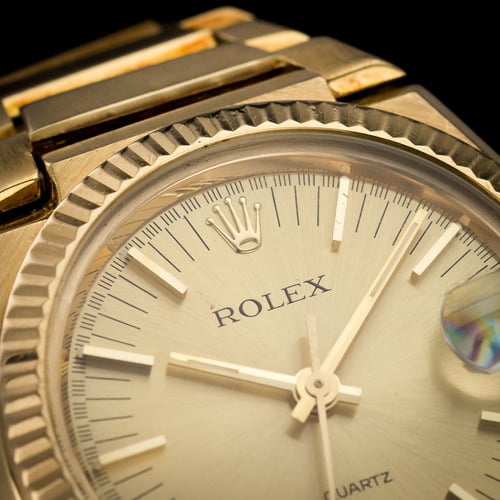 In 1972, Rolex ceased production of the reference 5100, and withdrew from the Centre Electronique Horologer to pursue the development of their own, in-house quartz movement that would later be seen in the Oysterquartz line of watches. Due to the premium materials and limited production run, the reference 5100 Beta-21 is highly valued by collectors, and epitomizes the evolution of watchmaking during the 1970’s.