A style icon, the King of Rock and Roll was also a watch lover. Over his famous career, Elvis owned hundreds of different watches — ranging from custom diamond-clad watches for performing to Omegas. It was rare to see Elvis without a watch, as he adorned them on almost every occasion. The famous artists treated them much more like a jewelry piece or accessory than a timepiece — after all, he did have an entourage to tell him what time it was, after all.

Over the years, Elvis was also known for taking off his watch and just giving it to anyone who said they loved it. Here, we’ll look at some of the King’s most famous and beloved watches — some just as iconic as Elvis himself. Let’s begin with a yellow gold Rolex. 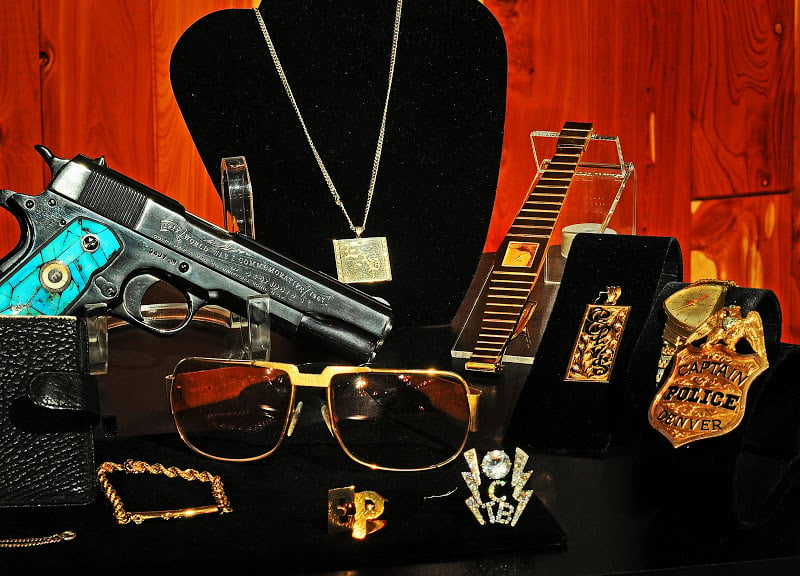 The Rolex Midas can be seen on the right side. (Credit: elvisinfonet.com)

When Elvis sported the King Midas it was the most expensive Rolex in the world. But of course, Elvis’ yellow gold King Midas was even rarer. Gifted to the King back in 1970, his King Midas was a token of gratitude for playing six days of sold-out shows in Houston. On the back it read, “To Elvis Presley From The Houston Livestock Show Officers 1970.” Today, it sits at the Graceland estate.

The look of this watch is recognizable at first glance. Designed off of the ancient Parthenon temple in Athens, as well as the mythical Greek king Midas who turned everything he touched into gold, the timepiece looks regal and unlike anything else. It was made unlike anything else, too, being carved right out of a block of 18k gold (white or yellow depending on the model) and came out weighing anywhere between 150 and 200 grams. The square-faced timepiece had to be hand wound, and wasn’t an Oyster, which subsequently allowed water to get into the face of this famous watch — we like to think from some sort of celebrity-clad pool party. 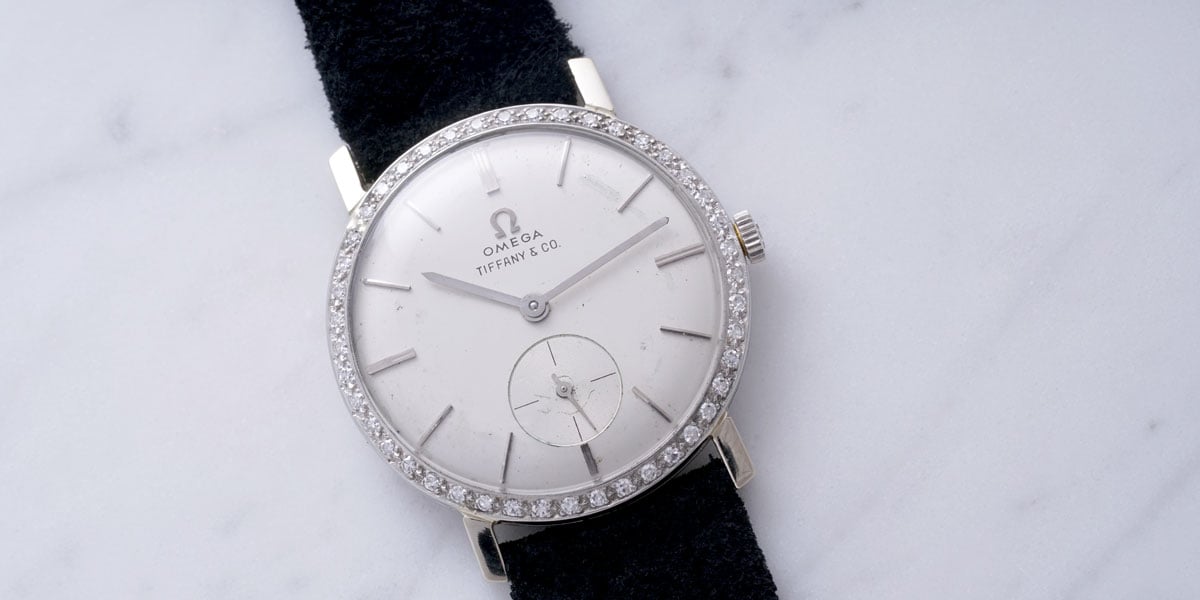 This Omega will be on the auction block. Feel free to make it yours. (Credit: Forbes)

This spring, the King’s Omega, given to him by RCA Records to mark selling 75-million records, will hit the auction blocks in Geneva. The watch was retailed by Tiffany & Co. and is outfitted in white gold that’s engraved with the sentiment, “To Elvis, 75 Million Records, RCA Victor, 12-25-60.” The watch is a 33mm with a 44-round diamond clad bezel, the face is clean — with hour markers. This Omega worn by Elvis, himself, also features a secondary dial at 6 o’clock.  Inside, you’ll find the manual caliber 510.

The watch was separated from the Presley estate years ago, in a somewhat familiar story. Legend has it, Elvis traded the Omega with a fan who admired it and had a diamond-set Hamilton. It’s estimated the watch will sell for anywhere between $54 to $100-thousand. 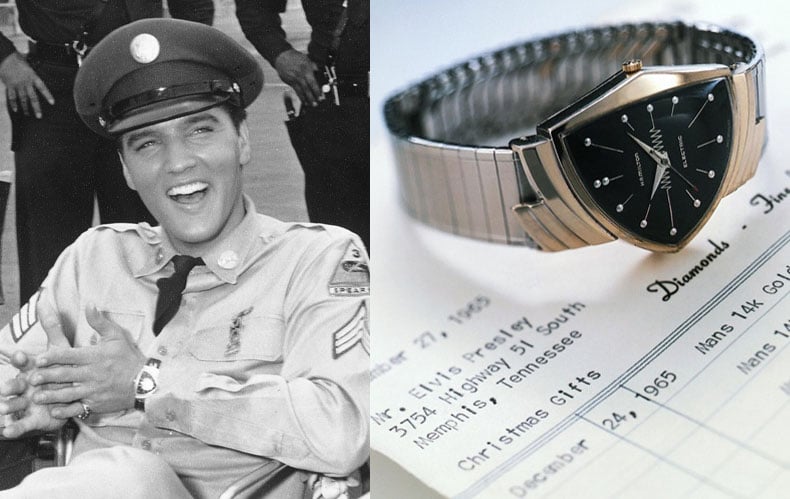 What are your thoughts on Elvis Presley’s collection of watches? Comment below. (Credit: Elvis-Collectors.com)

The Ventura is another striking timepiece, and probably the most famous watch associated with the King. Elvis fell in love with the watch back in the 1960s after starring in Blue Hawaii, where he wore the watch as product placement in the film.

The Ventura is the first electric watch, sometimes nicknamed the ‘grandfather’ of the quartz. Its futuristic tech was paired with an equally futuristic look — the triangular face becoming a trademark of the brand and Elvis himself. He had his original re-banded with a bracelet, and later on went to buy a second model which was outfitted with a black dial, luminous markers with lines punctuated with dots and that stellar flex bracelet that hugs the triangular edges and wraps around the wrist. To this day, the Presley estate still endorses the Ventura, Elvis’ favorite watch.