A Pair of Vintage Sea-Dweller: Double Red vs Single Red

Last year’s release of the reference 126600 Sea-Dweller – with its single line of red text – brought a lot of attention back towards Rolex’s line of deep-sea, saturation diving watches. Although the helium gas escape valve has become the defining characteristic of the Sea-Dweller line, the very first Rolex timepieces to be fitted with it was actually a reference 5513 Submariner that was used as prototypes while Rolex worked with the French diving company, COMEX, to refine the design of their gas release valve.

All early examples of the Rolex 1665 Sea-Dweller were originally fitted dials with red text on them; however, in regards to vintage Sea-Dweller watches, a dial with one line of red text is not the same as a dial with two lines of red letters. 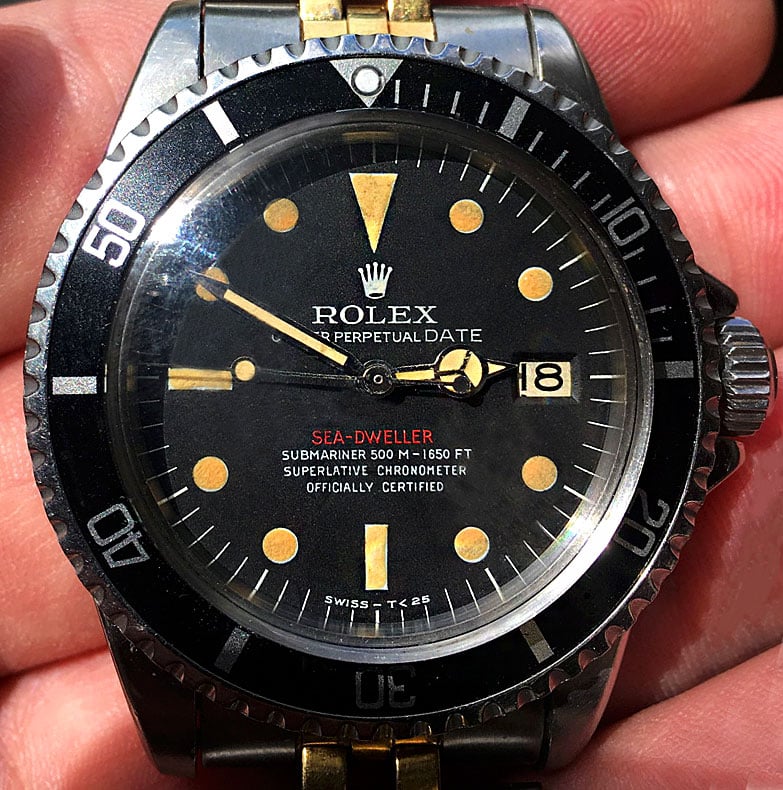 The very first watches to bear the “Sea-Dweller” name were the prototypes that were used for field-tests during the early Tektite projects, in which divers would spend multiple days living in a pressurized chamber below the surface of the ocean. These watches have both the “Submariner” and “Sea-Dweller” names printed on their dials; however, on these early prototypes, it is only the Sea-Dweller name that appears in red letters. Additionally, next to the Submariner name, a depth rating of “500 M – 1650 FT” is also printed in white text.

Most interestingly, many of these Single Red Sea-Dweller watches did not have helium gas escape valves, since the issue with trapped helium molecules only occurs at greater depths when divers are living in helium-saturated environments for extended periods of time. Unlike the modern Sea-Dweller 126600 which is mass-produced, only about a dozen of these watches were ever manufactured, and all were given to divers that had been handpicked to receive them for either testing purposes or as awards. Due to how few were ever manufactured, Single Red Sea-Dweller watches are extraordinarily rare and command incredible premiums whenever they manage to surface at auction. 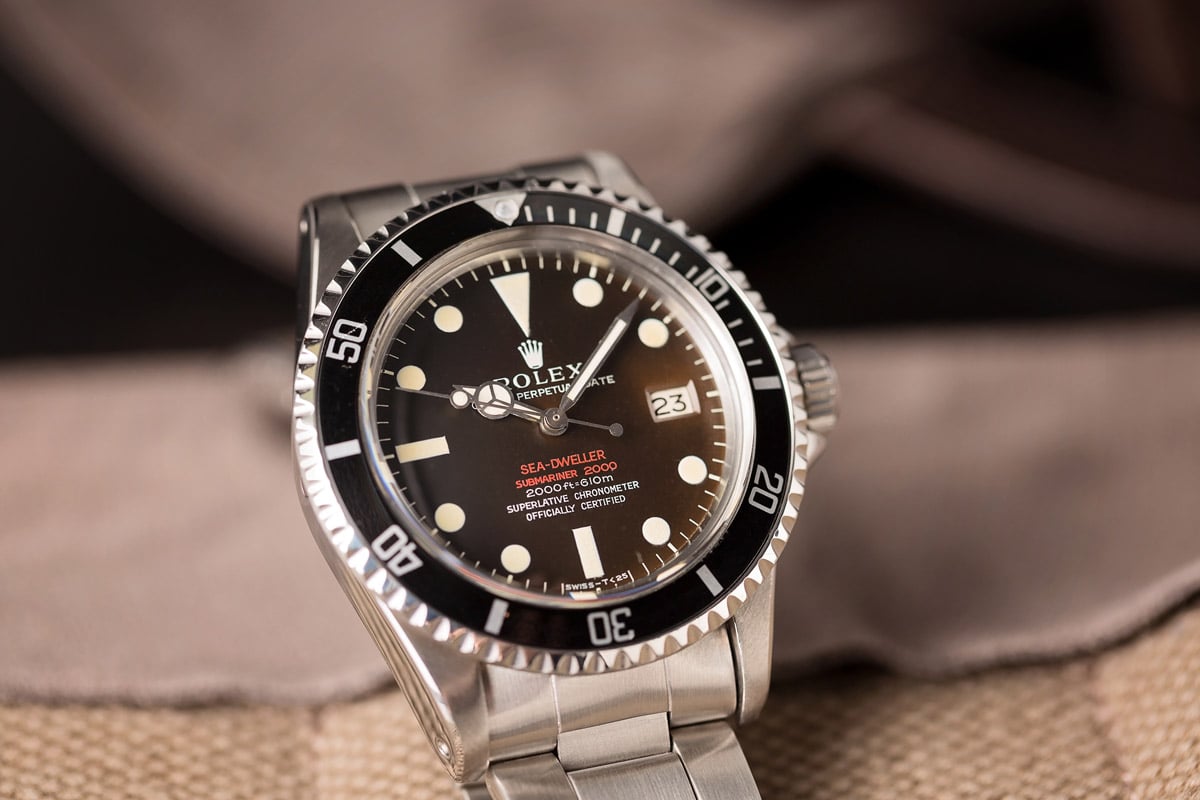 What are your thoughts on the Double Red vs Single Red? Comment Below

When the reference 1665 Sea-Dweller was first released to the public, the watch was originally fitted with a dial that still had red lettering; however, it was the addition of a second line of red text that separated it from the small batch of prototypes that had come before it.  These “Double Red” Sea-Dweller watches (often abbreviated as DRSD) have the names, “Sea-Dweller” and “Submariner 2000” printed on their dials in red text, below which, a depth rating of “2000 ft = 610 m” appears in white.

The Double Red Sea-Dweller was produced for roughly the first 10 years of the reference 1665’s existence; however many of these watches have had their original “Double Red” dials replaced with later-era equivalents that feature all-white text, and do not have the “Submariner 2000” name printed on them at all. Although they are becoming increasingly difficult to find in all-original condition, Double Red Sea-Dwellers are significantly more common than the prototype Single Red Sea-Dweller watches that preceded them.