“Los Angeles, you’re welcome” read the full-page advertisement Zlatan Ibrahimovic took out in the LA Times on March 23, announcing his own signing to the Los Angeles Galaxy. This would be an arrogant statement, if it was spoken by most humans. But Zlatan is not most humans. Some would argue he may not even be human.

The Legend of Zlatan

Sweden’s most acclaimed athlete, Ibrahimovic made a name for himself as a football savant. An enormous talent and an even bigger personality. At 6′ 5″, he isn’t exactly someone you would expect to be an international football star. Regardless, he is considered by many to be one of the greatest players to ever grace the beautiful game. Throughout his 19 year career, Zlatan has lead the historic clubs of Malmo (Sweden), Ajax (Netherlands), Juventus (Italy), Inter Milan (Italy), Barcelona (Spain), AC Milan (Italy), PSG (France) and Manchester United (England) to glory.  Amassing a staggering 33 major trophies – the third most of any player in the history of the game – it’s no wonder why everyone is excited for him to play in America.

He has scored jaw-dropping goals and spoken some of the most outrageous sentences known to man. And, while his antics may keep the media working over-time, his watch collection is surprisingly understated. Let’s take a look at a couple of his most prized watches:

Zlatan is not the type of person to live a slow, quiet, life so it should come as no surprise that The Lion would wear a professional driver’s watch. Rightly celebrated, the 116500 is a highly sophisticated chronograph. The Daytona is equipped with every amenity one may need while partaking in the fast-paced world of motorsports. Speaking of sophisticated, the Rolex Daytona 116500 utilizes a calibre 4130 perpetual movement; the first Daytona movement made entirely by Rolex. 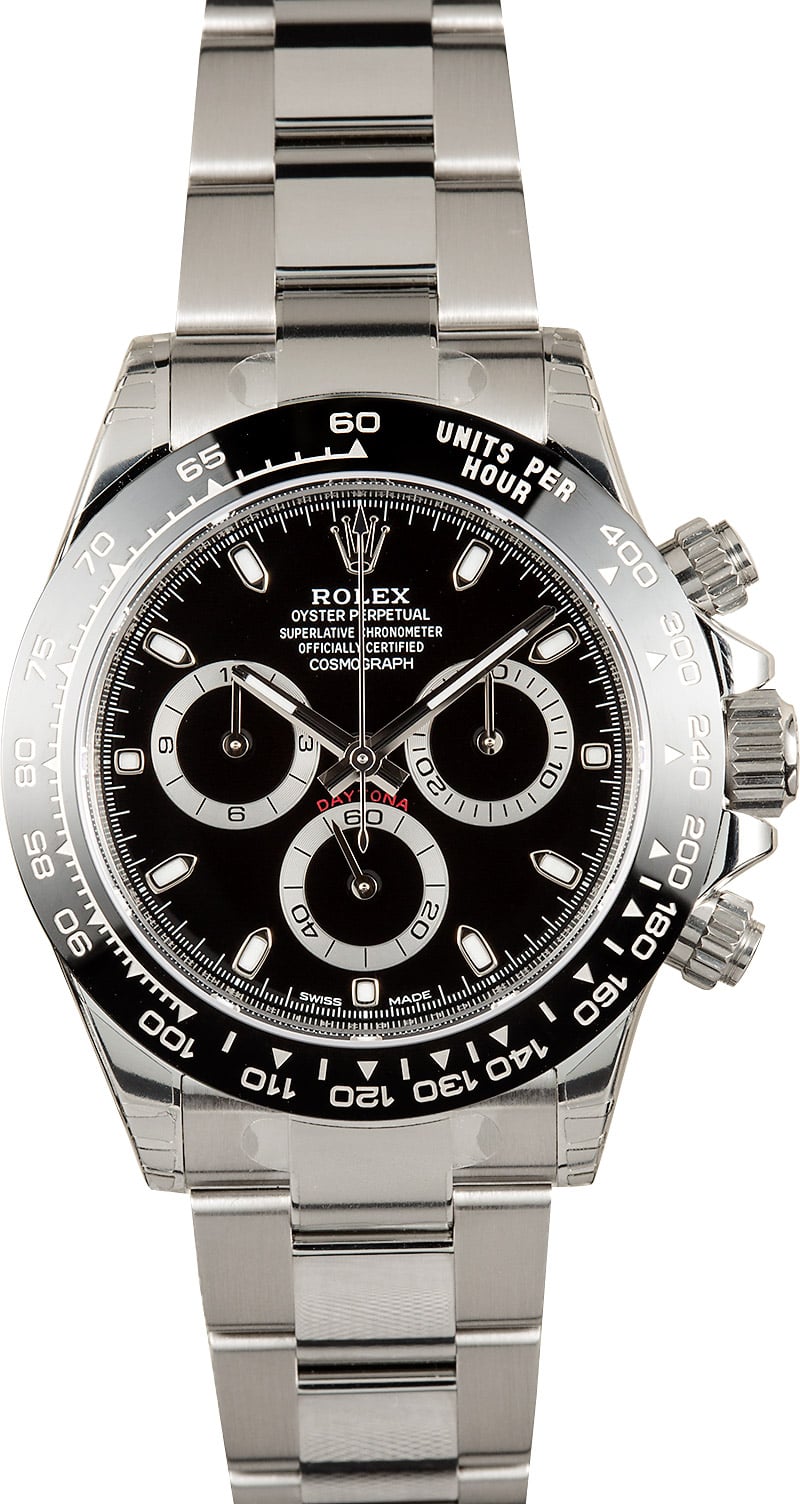 As a professional driver’s watch, it’s imperative that the movement within each Cosmograph Daytona works properly through every bump, vibration, and swerve on the racetrack.  That’s why Rolex equips the calibre 4130 with a Paramagnetic blue Parachrom hairspring, creating an accuracy of -2/+2 seconds per day.

For his first interview since his signing with the LA Galaxy, Zlatan chose to wear something more befitting someone of his clout while speaking with Jimmy Kimmel – the Rolex GMT Master II reference 116718.

The first 6-digit GMT Master II debuted at Basel World 2005 and brought with it the latest in innovative Rolex technology.  Today, the GMT Master II has transformed into an essential addition to any Rolex watch collection. 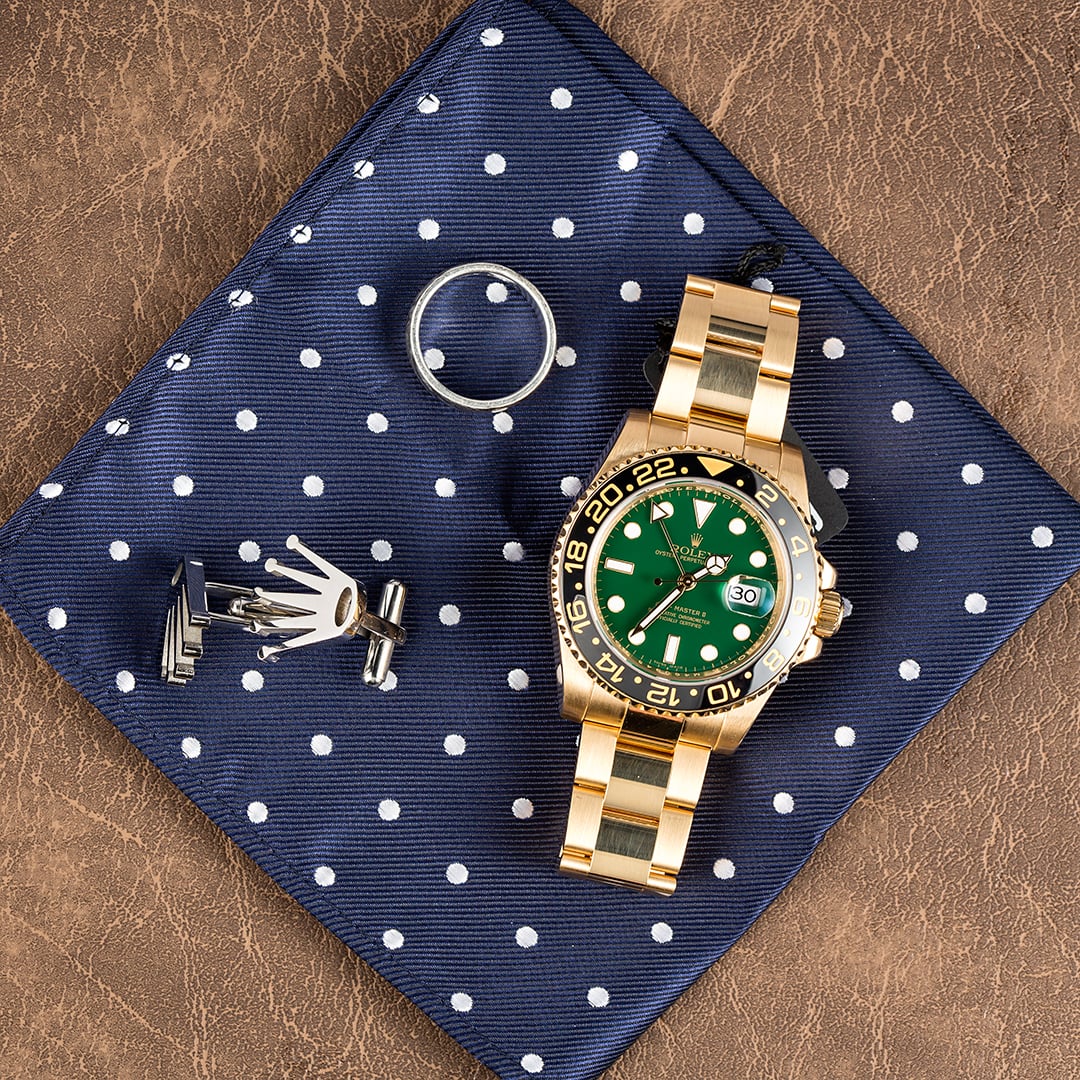 Built from solid 18k yellow gold, the ref. 116718LN sports the anniversary green dial and a black bezel for a striking color combo. Among the features unveiled on the 116718LN, the ceramic bezel insert took center stage. Dubbed “Cerachrom” by Rolex, the super resistant material is impervious to scratching and fading. A toughness upgrade on a watch already known for durability.