Breitling has just announced the Superocean Automatic 44 Ironman Limited Edition – one of the brand’s most limited luxury watches ever, in conjunction with the famed Ironman Triathlon series of long distance races. Organized by the World Triathlon Corporation and consisting of a 2.4-mile swim, a 112-mile bicycle ride and a marathon 26.22-mile run – all without a break in between, Ironman competitions represent some of the most extreme and demanding races on this planet. 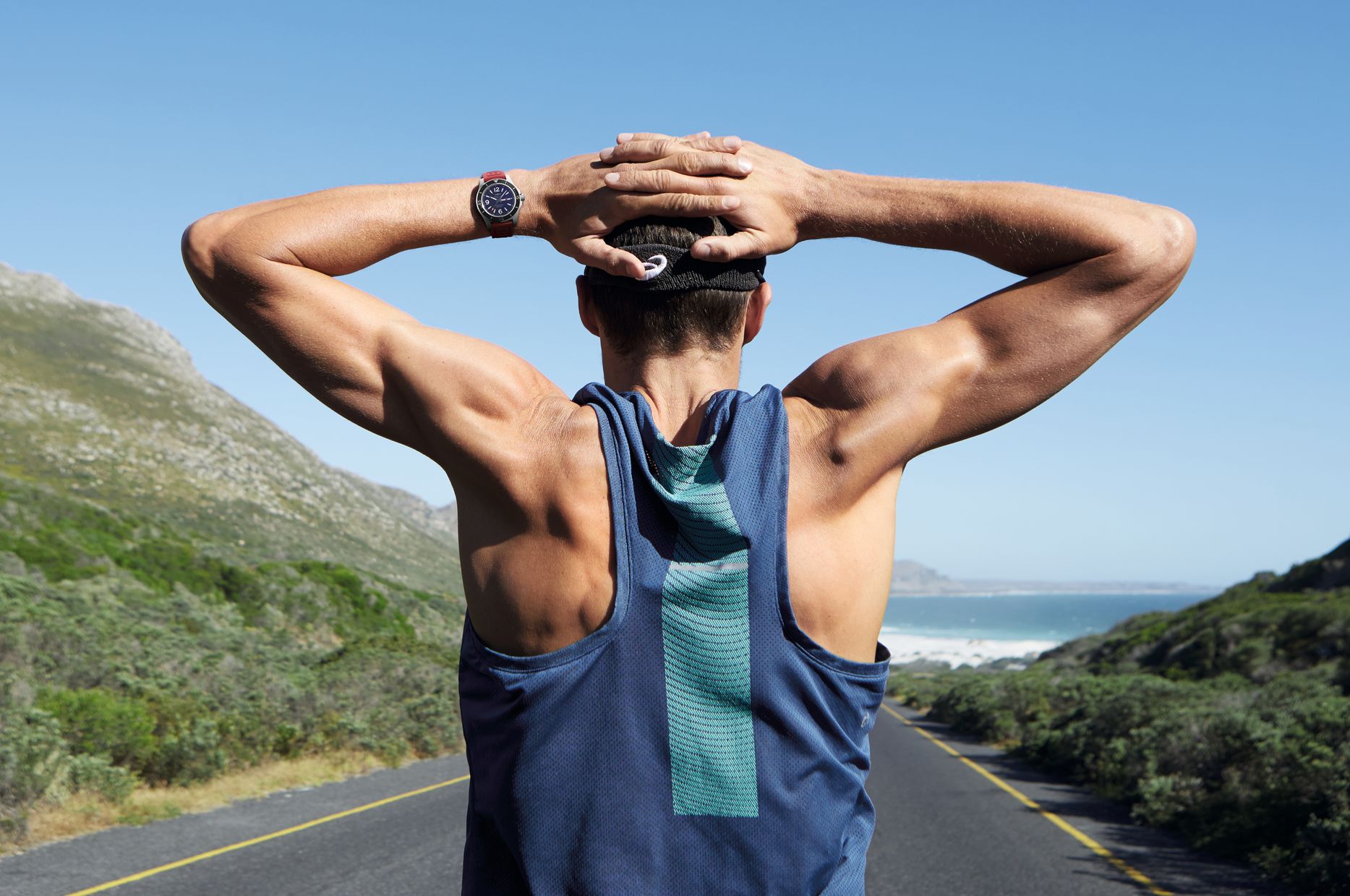 A Wearable Trophy for Competitors

Participating in an Ironman competition is a heroic achievement to be sure; however it is one that has never really been properly celebrated in horological terms. The new Breitling Superocean aims to rectify that, and will become the Official Luxury Watch of the Ironman race series. 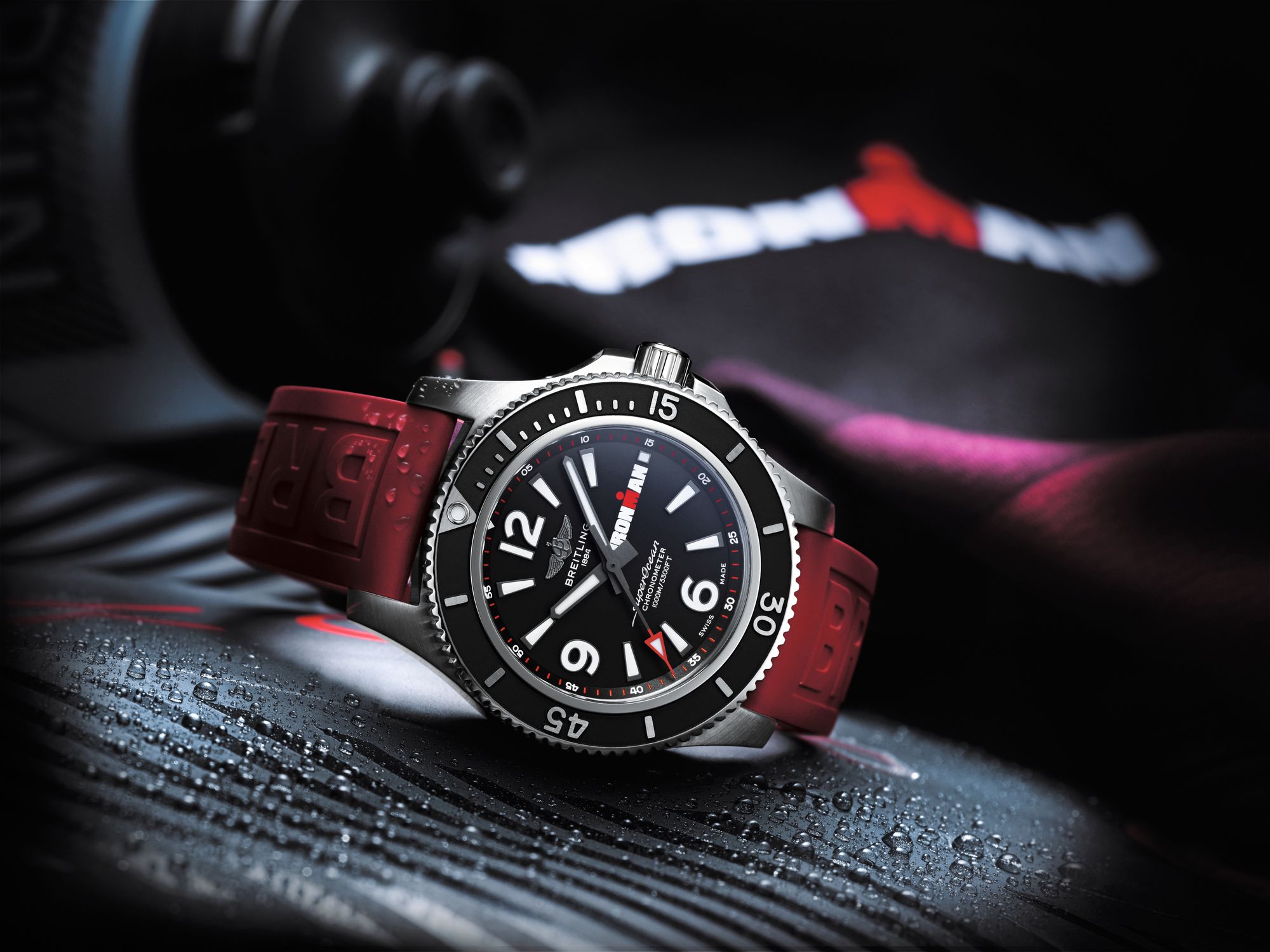 Limited to just 300 pieces, it is not something to be worn during training or competition (like the Timex Ironman watches), but rather a sort of wearable trophy for those who have taken part in the grueling contest – an item that can still have meaning and use in the lives of Ironman participants, even many years after they retire from competition. 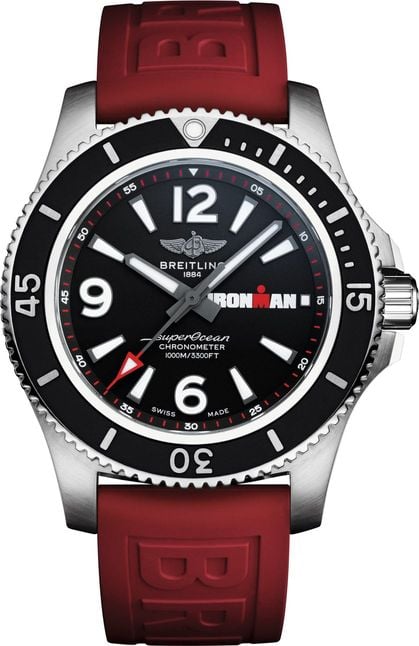 The 44mm steel watch, dubbed the Superocean Automatic 44 Ironman Limited Edition, is fairly sparse in design, with a black dial, black bezel, and an oversized Ironman logo at 3 o’clock. The red ‘M’ in IRONMAN is echoed by the minute track and the arrow tip of the seconds hand, as well as the red rubber diving strap that comes with the watch. 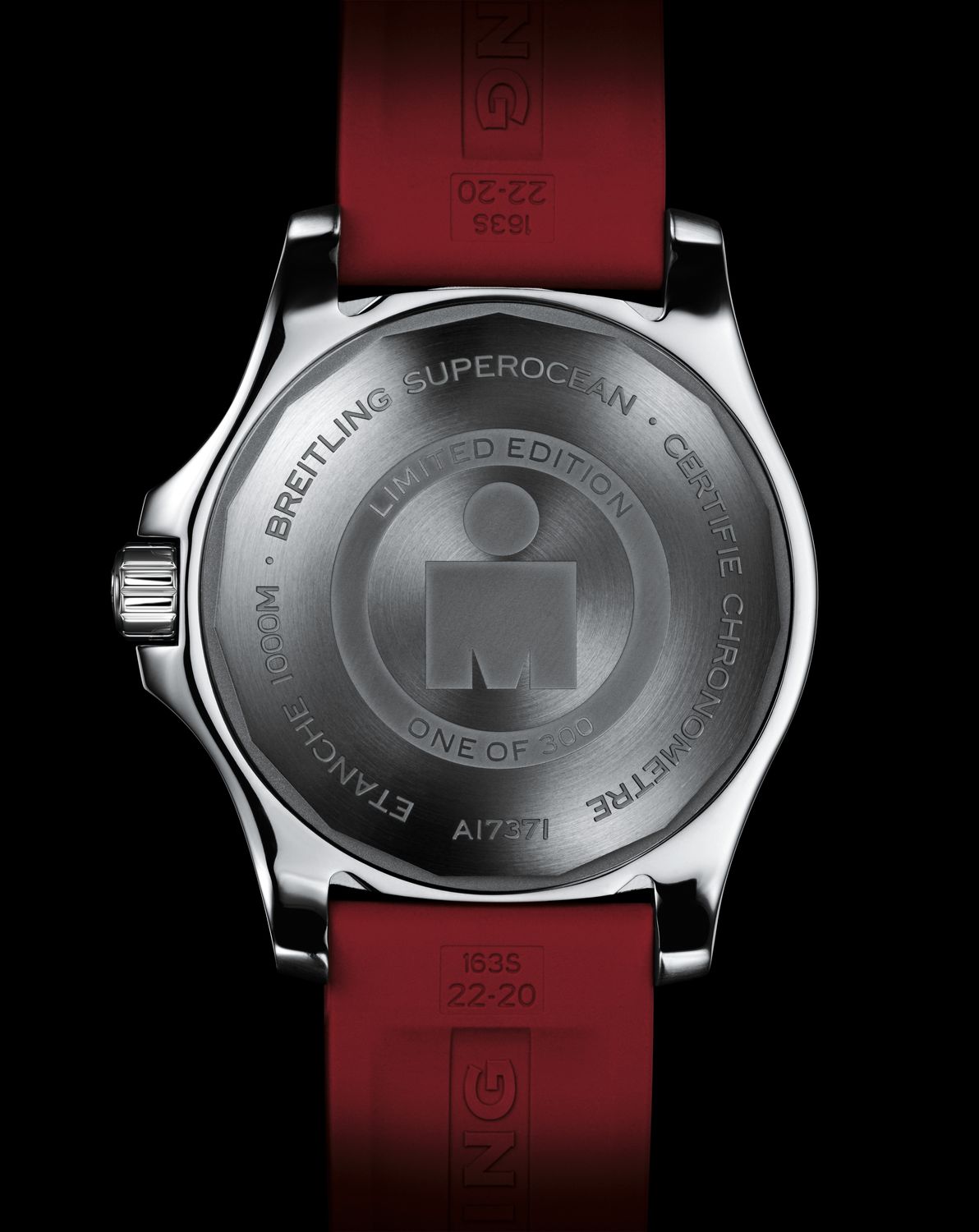 Like other Superocean Automatic 44 watches, this limited edition is powered by the self-winding Breitling Caliber 17 movement, offering users a power reserve of 38 hours. An additional point of interest is the watch’s caseback, which is engraved with the Ironman logo and the legend “One of 300”. The Superocean Automatic 44 Ironman Limited Edition will be available exclusively on Breitling’s own e-commerce channel, in selected Breitling boutiques, and on-site at the Ironman 70.3 World Championship in Nice, France and the World Championship in Kailua-Kona, Hawaii. 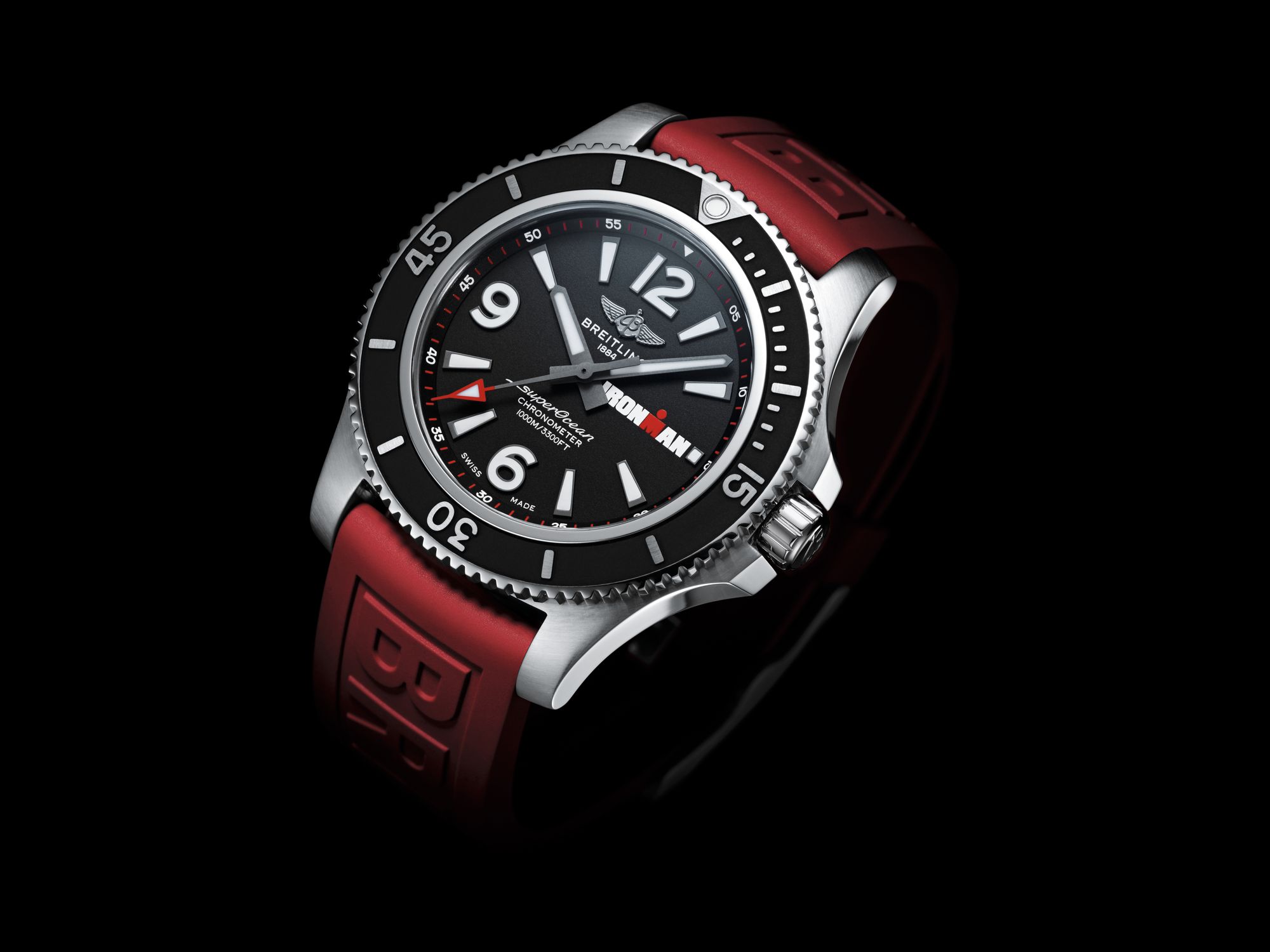 To celebrate the partnership and the watch, Breitling held an event at its New York flagship boutique the other night, co-hosted by Breitling USA President Thierry Prissert and Andrew Messick, President and CEO of The Ironman Group. For the occasion Breitling introduced three new players in its Squad initiative, called the Triathlon Squad. 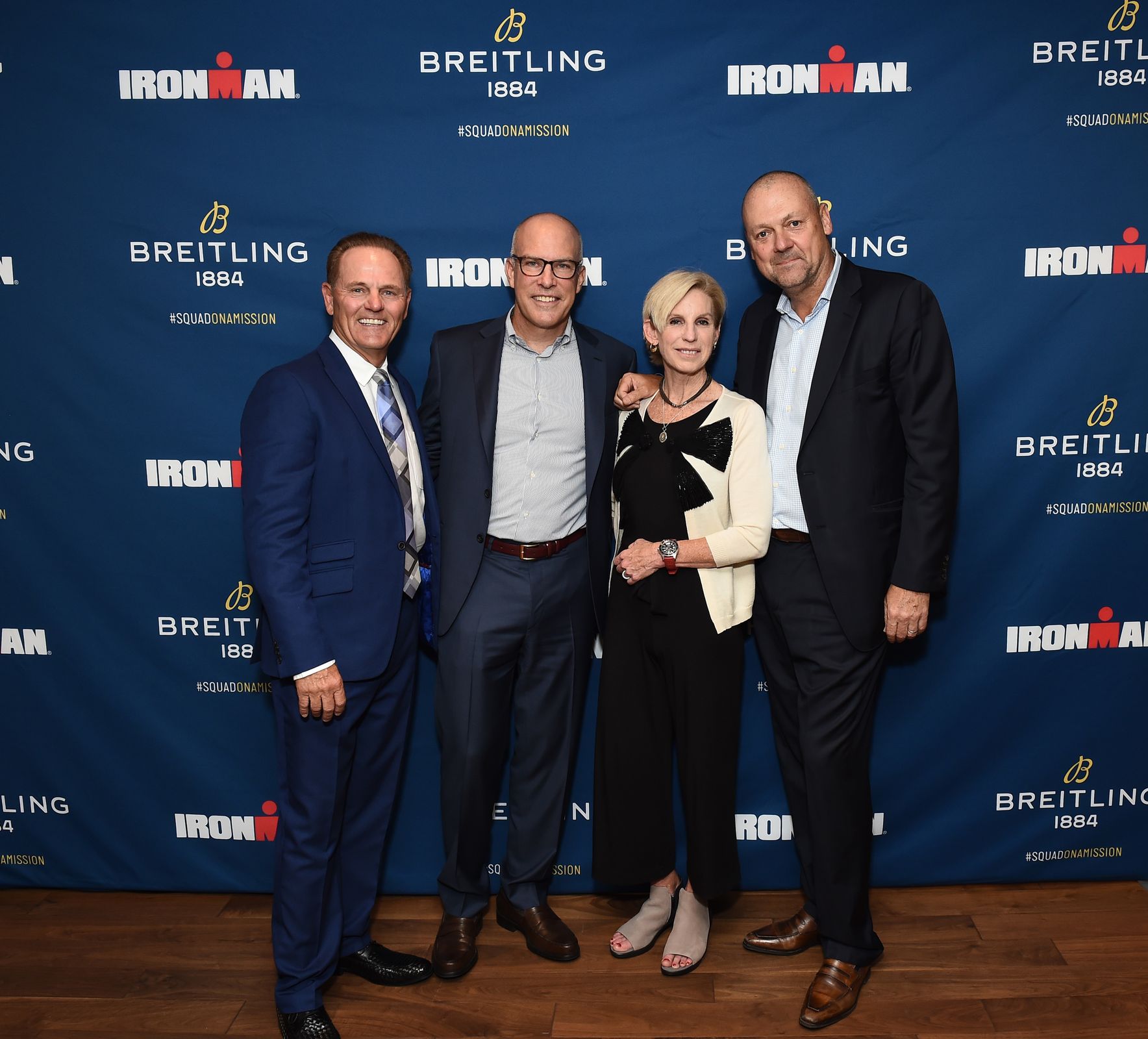 “We’re particularly excited to be working with Ironman,” Breitling CEO Georges Kern said in a statement. “The three members of our Triathlon Squad have all distinguished themselves in Ironman events. Jan Frodeno won back-to-back Ironman World Championships in 2015 and 2016, and Chris ‘Macca’ McCormack has also claimed two titles – in 2007 and 2010. It goes without saying that Daniela Ryf’s accomplishments have been spectacular: she is the reigning Ironman World Champion, having won four straight titles along with her four World Championships in the last five years. The sport has enjoyed enormous popularity and the performance and endurance of its great competitors reflect Breitling’s values perfectly.”

*All images courtesy of Breitling. 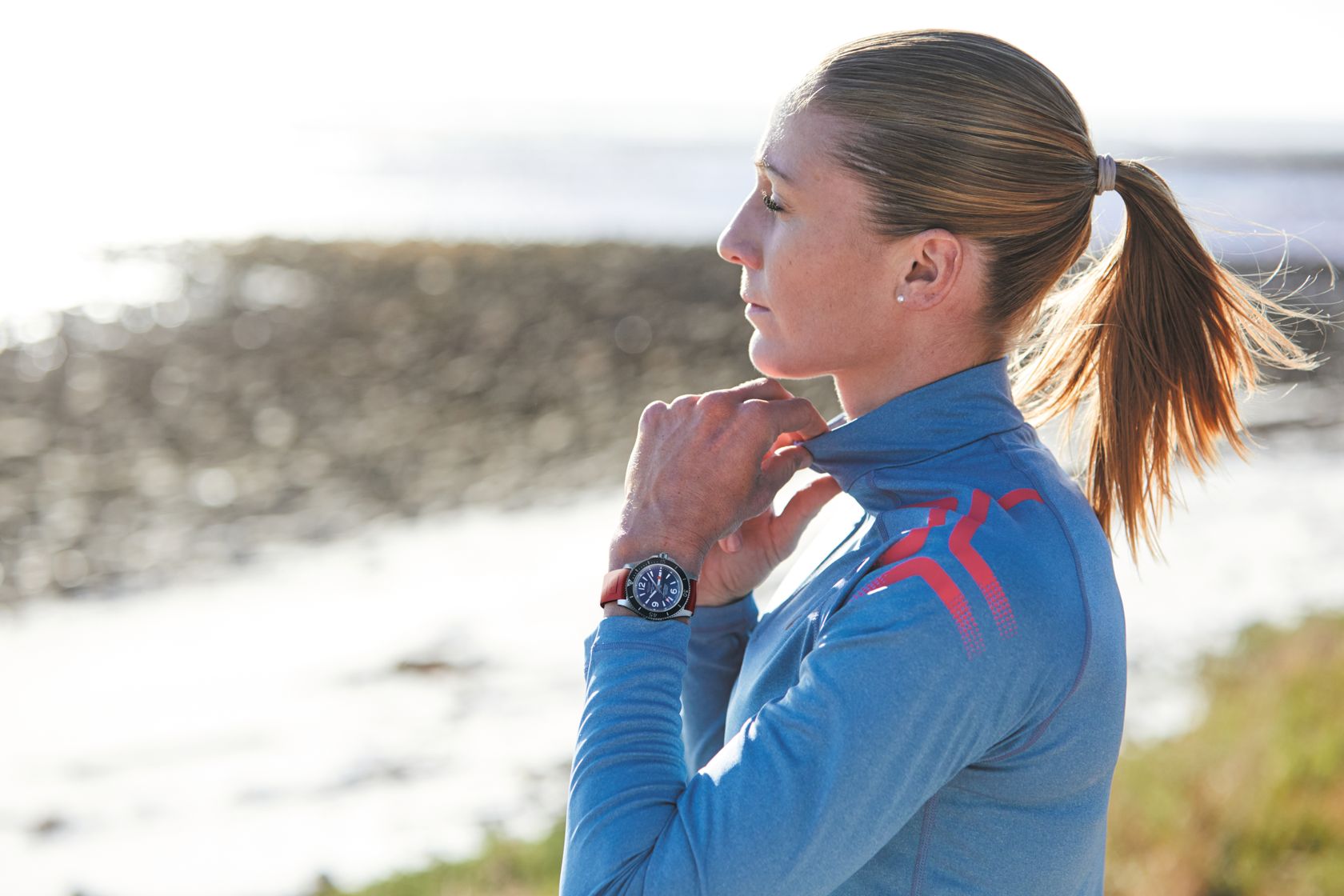 Previous Article What Is a Flieger Watch?
Next Article Moritz Grossmann Hamatic