Although the release of this year’s highly-anticipated James Bond film (No Time to Die) was previously pushed back due to global concerns surrounding COVID-19, fans of luxury watches and Agent 007 have still had plenty of Bond-related news from Omega to talk about this year.

Earlier this year, the brand introduced a titanium version of the Seamaster Diver 300M that joined the already vast lineup of Omega watches. While that model was designed with input from Daniel Craig and will be the very same model that he will be wearing on-screen in his final portrayal of James Bond in the upcoming film, Omega has also just launched another 007-themed watch. Let’s take a closer look at the Omega Seamaster Diver 300M James Bond Numbered Edition in Platinum-Gold. 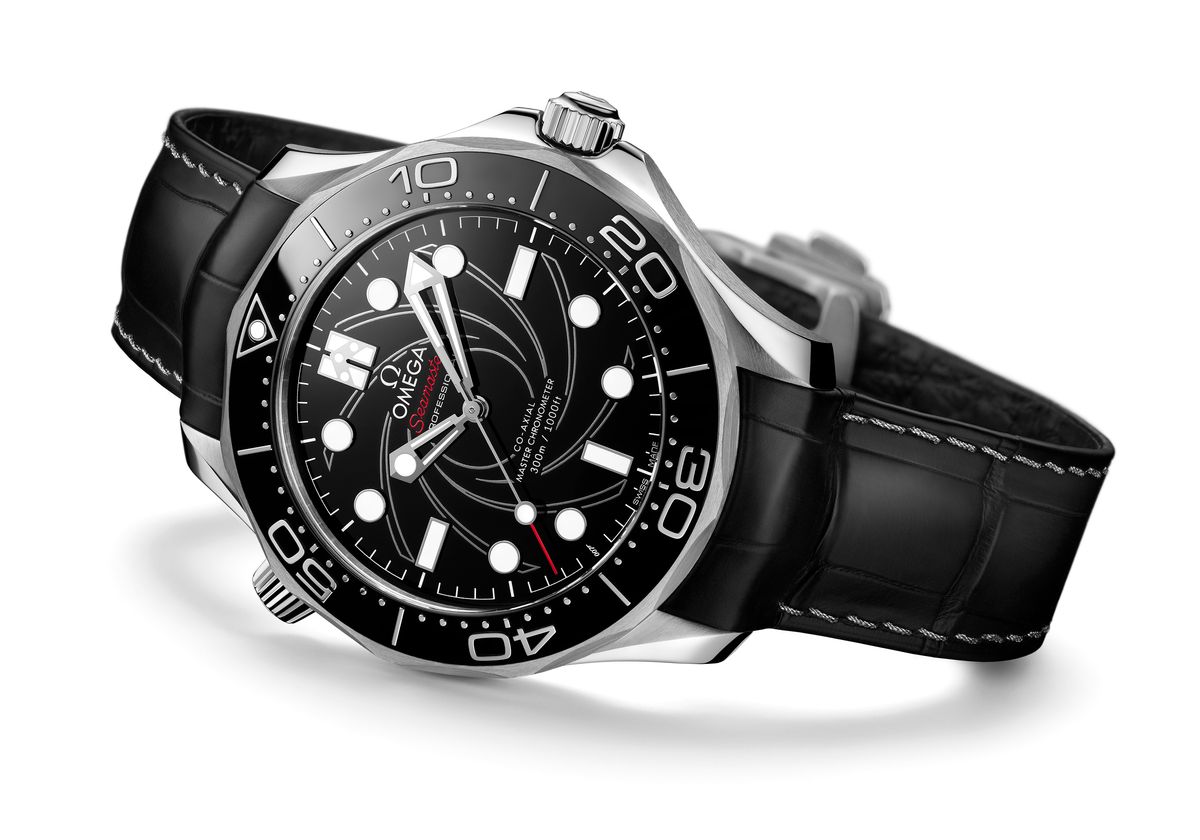 Click here to learn more about the Omega Seamaster collection.

Rolex is often considered to be the original watch of James Bond and was even the timepiece brand that 007 creator Ian Fleming chose to wear in his personal life. However, Omega also has a long history with the iconic spy film franchise, and the historic Swiss watch manufacturer has been Agent 007’s exclusive timepiece supplier since 1995.

The very first Omega watch worn by James Bond was a quartz-powered Seamaster Professional Diver 300M with a blue “wave dial” that Pierce Brosnan wore during Goldeneye. Today, that model – and all subsequent editions of it – are frequently referred to as “Bond Seamaster” watches, and various models from the greater Omega Seamaster collection have been featured in every single James Bond film ever since.

The Seamaster collection is easily Omega’s most diverse line of timepieces and it is further divided into a number of sub-collections such as the Planet Ocean, Aqua Terra, Diver 300M, Railmaster, Bullhead, and Ploprof. Given the number of different sub-collections within it, the greater Omega Seamaster collection includes everything from high-tech professional dive watches to vintage-inspired timepieces that more closely resemble traditional dress watch designs.

Despite generally sticking to models from the Omega Seamaster collection, James Bond has never suffered from a lack of diversity when it comes to his watch choices. In more recent films, you can even spot several different models appearing on his wrist throughout the duration of the movie. Options for rugged tool watches are in ample supply within the Omega Planet Ocean lineup, while the Seamaster Aqua Terra range is home to a vast range of models with highly versatile styling that are equally at home under the cuff of dress shirt as they are beneath the surface of the ocean. 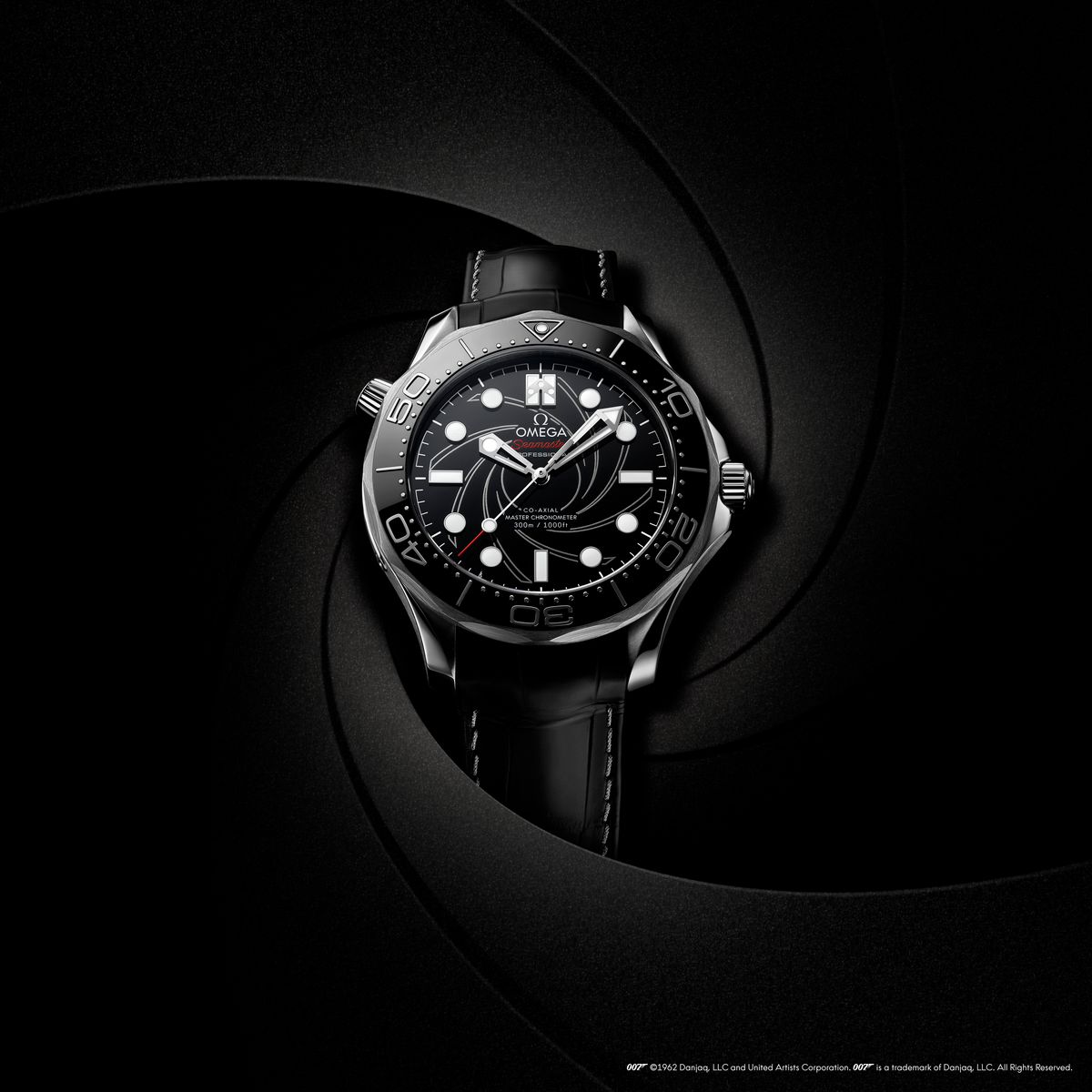 The titanium Omega Seamaster Diver 300M James Bond Edition that was announced earlier this year is more-or-less a commercially available version of the watch that will be featured in the upcoming film, No Time to Die. However, the new Omega Seamaster Diver 300M James Bond Numbered Edition in Platinum-Gold is really more of a tribute to the spy film franchise as a whole – and in particular, the 1969 film, On Her Majesty’s Secret Service.

Omega producing commemorative watches is hardly anything new. However, it is interesting to note that no Omega watches were actually featured in the 1969 rendition of On Her Majesty’s Secret Service, and actor George Lazenby actually wore two different Rolex models while portraying 007 in the movie.

From a greater design standpoint, this is not really a new watch. Last year, Omega announced the Seamaster Diver 300M “On Her Majesty’s Secret Service” 50th Anniversary Edition, and this latest release is essentially a new variation of that same watch, albeit with a host of subtle yet luxurious upgrades.

Both watches measure 42mm in diameter and feature the same hidden number 50 in the Super-LumiNova of the 10 o’clock hour marker – a reference to the 50th Anniversary of the film, On Her Majesty’s Secret Service. However, the new Omega Seamaster Diver 300M James Bond Numbered Edition in Platinum-Gold also features a small 007 logo at 7 o’clock location within the white enamel minute track of the dial. Additionally, while last year’s release is a time and date model powered by Omega’s in-house Cal. 8800 movement, the new platinum-gold edition adopts a time-only layout and receives Omega’s Cal. 8807, which features a rotor and balance bridge crafted from 18k Sedna gold. 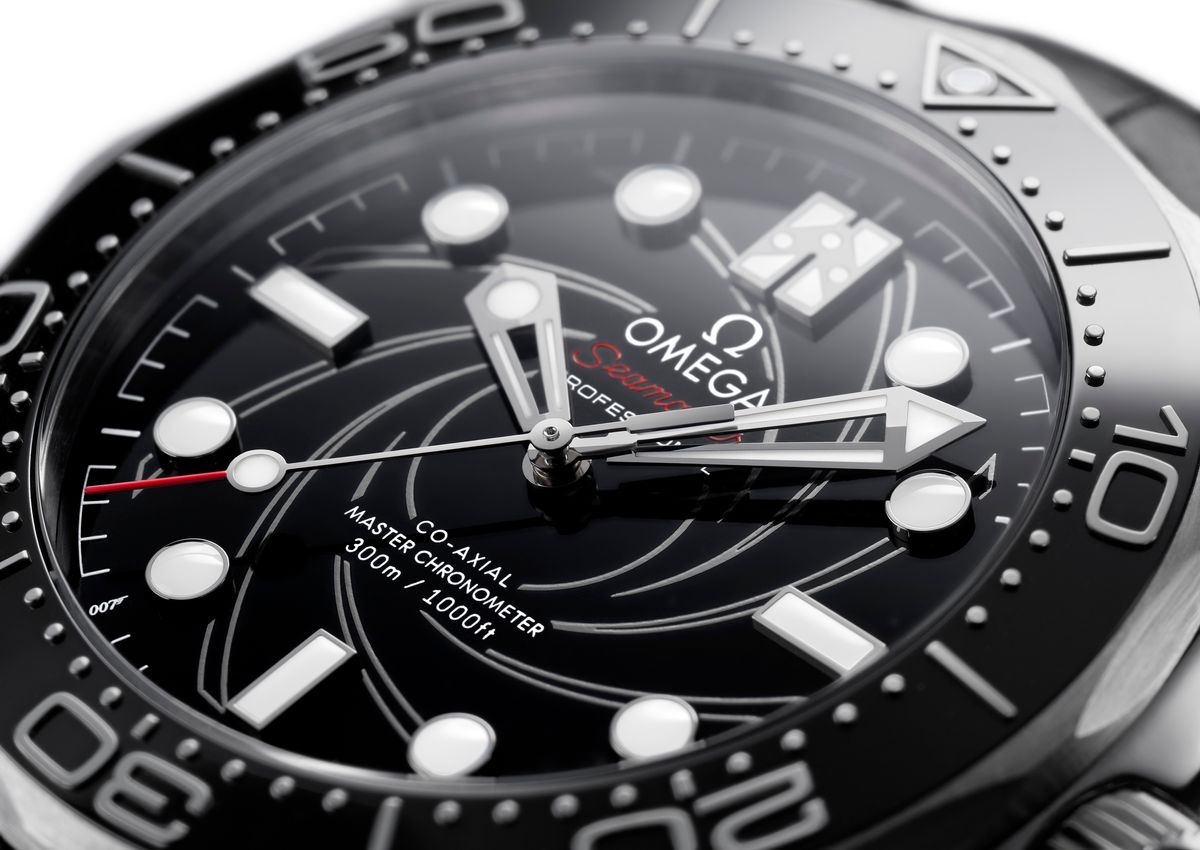 Both dials are black in color and feature the James Bond film franchise’s signature, spiraling gun barrel design on them. However, the dial of the release from last year was constructed from laser-engraved ceramic, the dial of the new Omega Seamaster Diver 300M James Bond Numbered Edition in Platinum-Gold is black enamel with its spiral gun barrel pattern finished in 18k white gold.

Lastly, it’s important to note that while the Omega Seamaster Diver 300M “On Her Majesty’s Secret Service” 50th Anniversary Edition that was released last year was strictly limited to just 7,007 pieces worldwide, the new platinum-gold version will be a numbered edition with a small plate on the side of the case engraved with each watch’s individual number.

The new Omega Seamaster Diver 300M James Bond Numbered Edition in Platinum-Gold is now available at boutiques nationwide, and since it will be a numbered run rather than a limited edition, there is no immediate worry about missing out on it should you wish to add one to your collection. With that in mind, given the premium nature of its materials and the accompanying $51,900.00 (plus tax) price tag, it is not likely that Omega will be producing a ton of these, and most will likely end up in the hands of serious OMEGA watch collectors and James Bond enthusiasts. 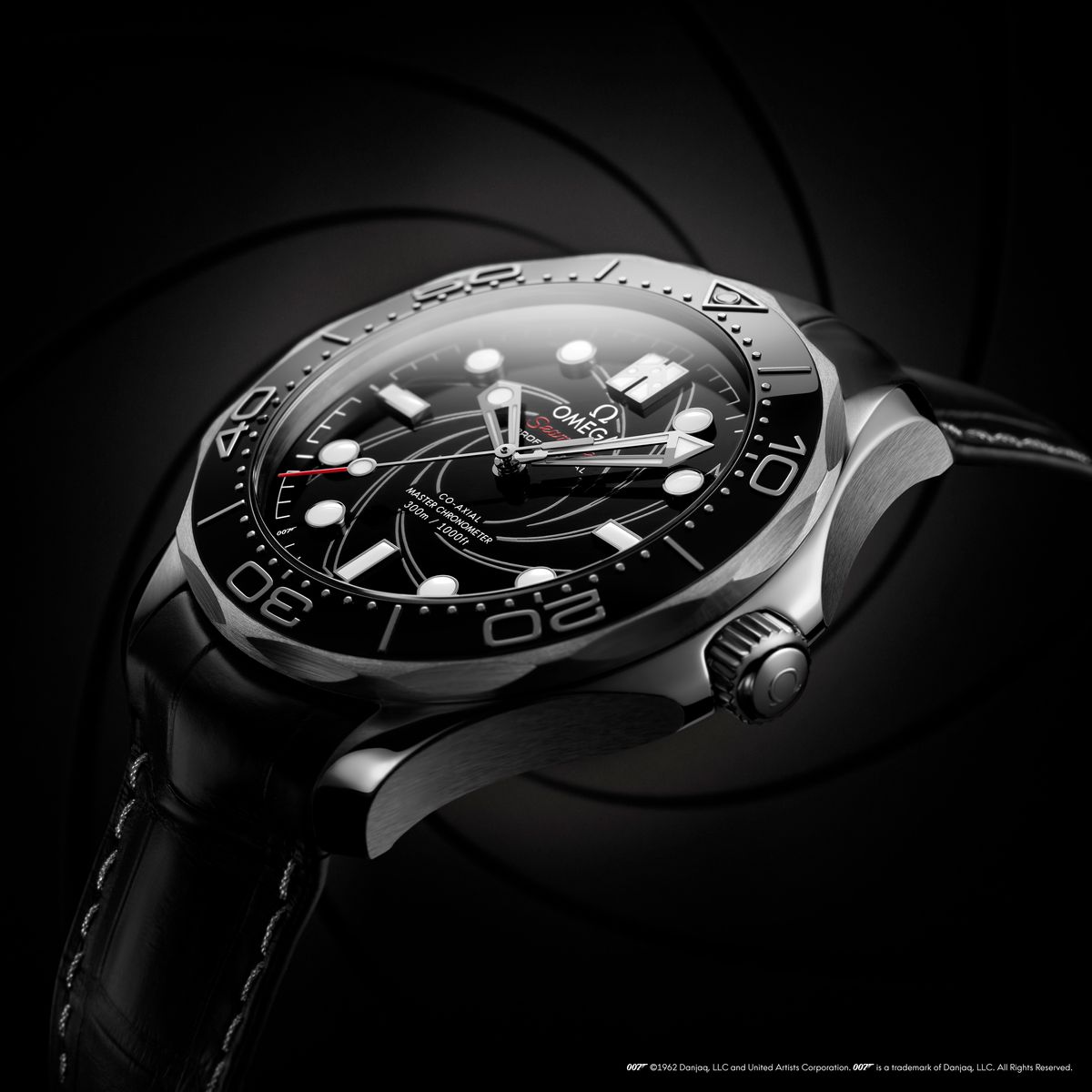