For Panerai collectors, the brand’s rare bronze watches have always been highly prized – particularly as they were only ever made available to well-connected Paneristi and not the general public. Now Panerai is breaking with that tradition by offering a new Luminor Bronzo diving watch (PAM 968), with only five examples released each quarter, available to anyone via Panerai’s e-commerce site and at the brand’s watch boutiques. 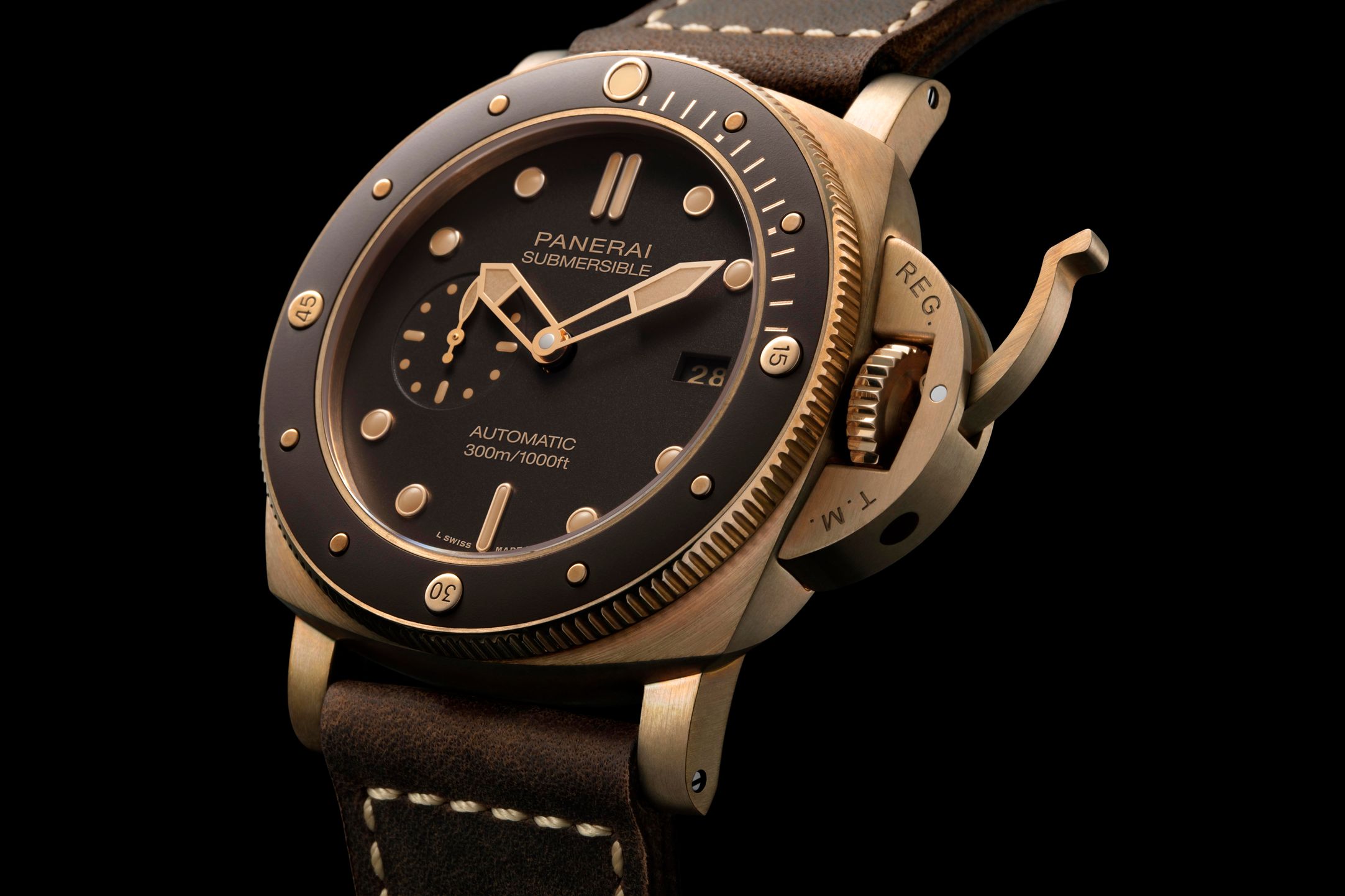 Bronze, Patina, and the Passage of Time

Sized at 47mm, which could be considered somewhat out of fashion these days, the new PAM 968 Bronzo is a throwback to the original XL size of the military-derived diving watch. But Panerai is literally going big with this piece, declaring it to be “rare, iconic, and tough” as well as “for heroes only.”

Bronze, which Panerai first used for a diving watch back in 2011, “reinforces the brand’s connection with the sea where bronze is used not only for its resistance to the corrosive elements of seawater,” Panerai notes. Additionally, it is also “an extraordinary and fascinating material which matures with the passage of time, acquiring a patina which gives unique character to each timepiece.” 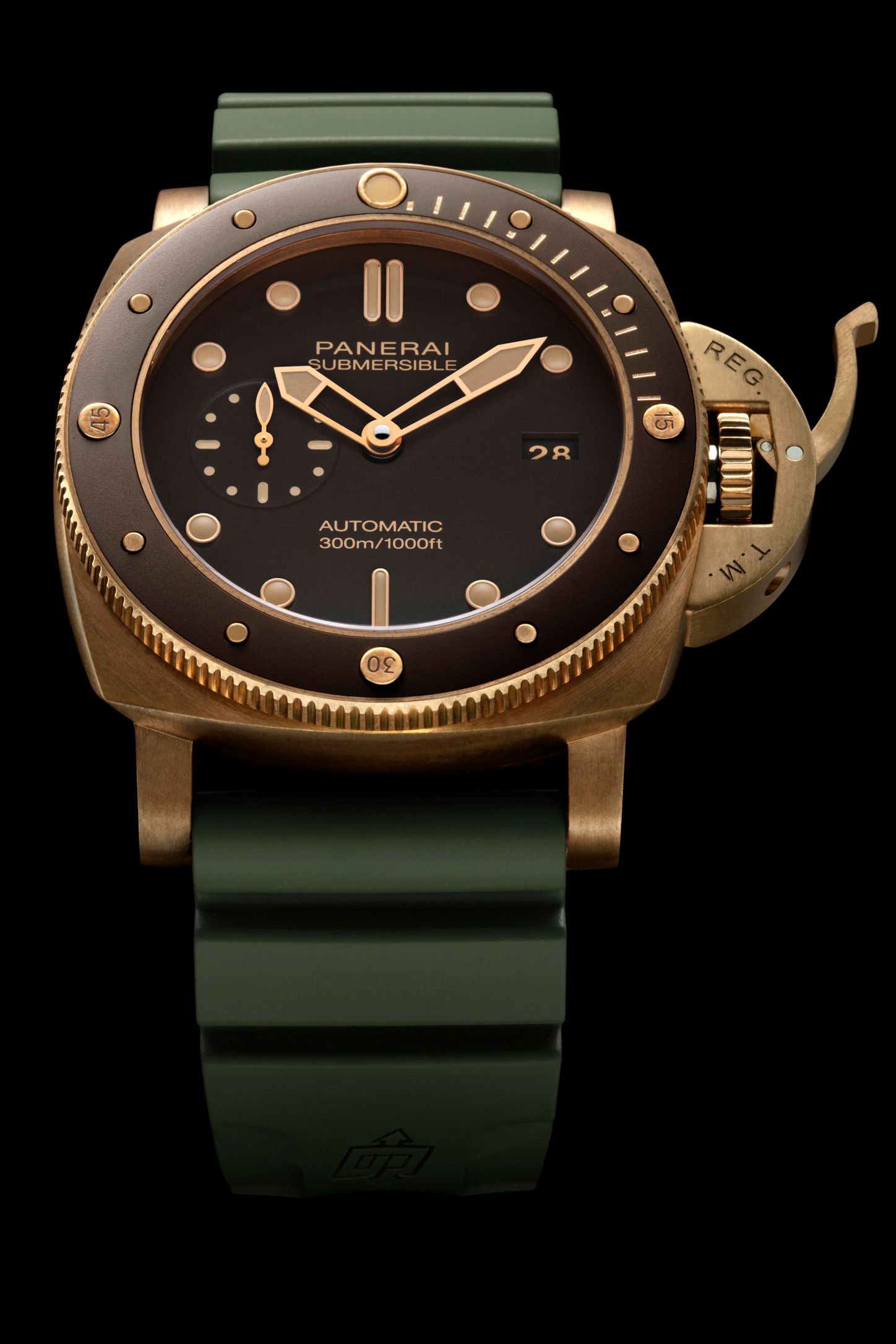 The PAM 968 Bronzo will be packaged with both a brown leather and a green rubber strap (Image: Panerai).

The new Luminor Bronzo PAM 968, features a ceramic bezel, giving the copper-heavy alloy a modern makeover, and it is powered by the automatic caliber P.9010 movement. Developed entirely in-house at the Panerai Manufacture in Neuchâtel, the caliber P.9010 features central hour and minute hands, a small seconds dial at 9 o’clock, and the date at 3 o’clock.

A true professional diving watch, the Luminor Bronzo is water-resistant to a depth of 300 meters, and features a see-through sapphire crystal caseback. Additionally the new PAM 968 Bronzo is supplied with both a hand-stitched brown leather strap with a titanium buckle and a military-style green rubber strap for undersea adventures.

The Italian-Swiss watchmaker declares that the release of this impressive piece “proves that Panerai’s Laboratorio di Idee can combine the past and the future, technology and design, with impeccable skill,” and we’d be inclined to agree – even if we can’t really picture ourselves wearing this beast out to dinner. 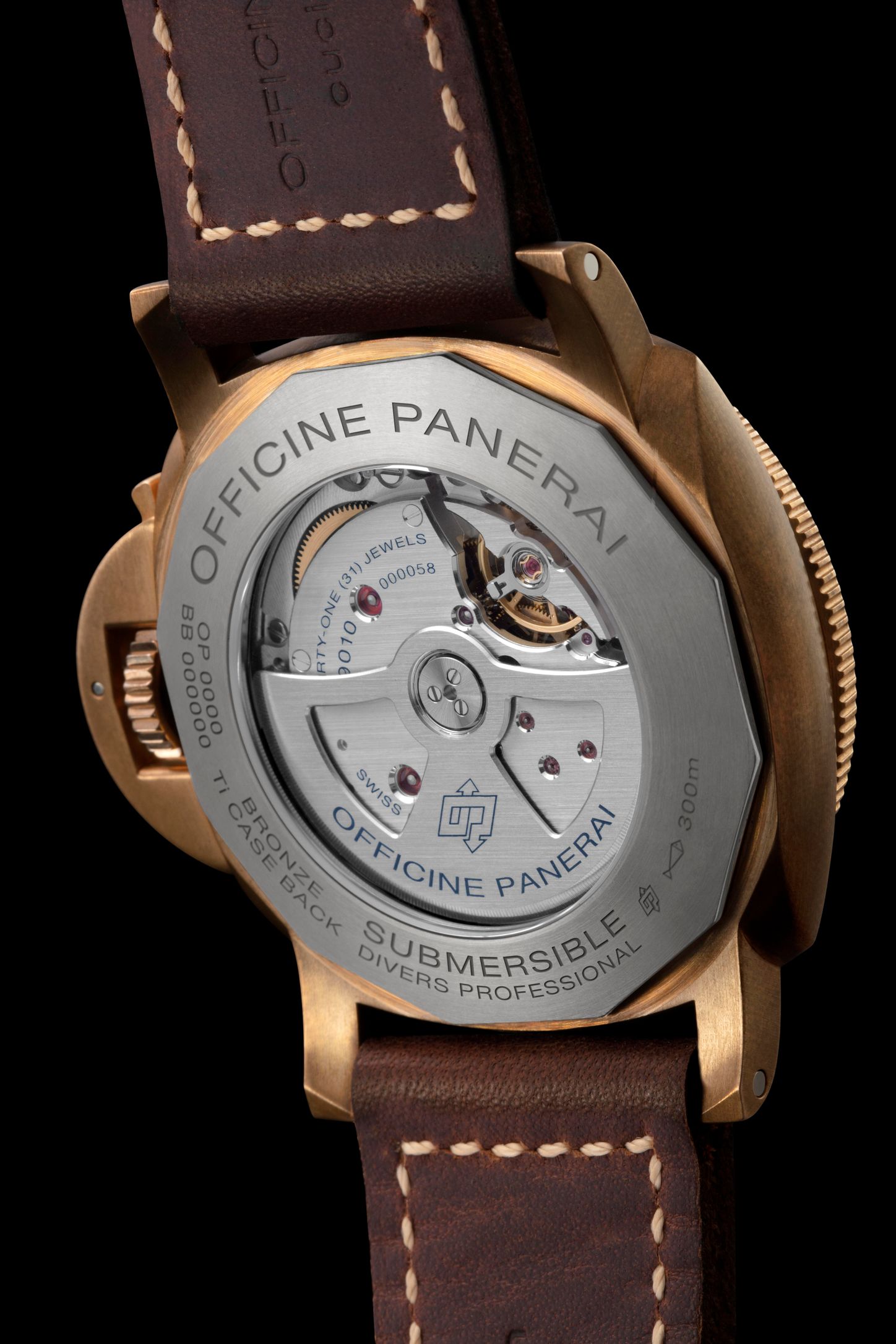