UPDATE: When we first announced the limited-edition Patek Philippe Nautilus 5711 with a Tiffany Blue dial, we mentioned that a single example of the 170-piece run would be made publicly available and auctioned for charity, with 100% of the proceeds benefiting The Nature Conservancy. We knew this watch was going to sell for a huge figure, but the big question was exactly how much it would fetch. Well, this past Saturday the auction took place, with the Tiffany Blue Nautilus 5711 selling for a mind-blowing total of $6,503,000, making it the eighth most expensive watch to ever sell at auction.

The official hammer price was $5,350,000 but with the included buyer’s premium, the grand total came to $6,503,000. However, the important thing to keep in mind here is that 100% of this went to charity – and that also includes the buyer’s premium. While this may seem like an absolutely insane figure, the key thing to remember is that these watches were exclusively distributed at Tiffany & Co. boutiques in New York, Beverly Hills, and San Francisco. Therefore, this was the only example available to international buyers, and this almost certainly contributed to its impressive $6.5 million dollar sale.

Click here for our guide on the Patek Philippe Nautilus.

The Patek Philippe Nautilus has become somewhat of a mythical model within the world of watch collecting. Nearly all references rank among the most desirable luxury timepieces in the world, but it is the classic reference 5711 in stainless steel that represents the most elusive at a retail level. At the beginning of the year, Patek Philippe announced that it would be discontinuing the Nautilus 5711; however, there would be a “victory lap” for the fan-favorite model before it would retire next year. We thought the super-exclusive green dial variant that was announced at Watches & Wonders was what Patek Philippe had in mind, but out of the blue – specifically the Tiffany Blue – we have the final iteration of the ref. 5711, the limited-edition Patek Philippe Nautilus 5711 with a Tiffany Blue dial.

There is arguably no partnership between a watch manufacturer and a retailer that is more celebrated than the one that exists between Tiffany & Co. and Patek Philippe. The various Patek Philippe watches that have co-branded dials with the Tiffany & Co. stamp often trade hands for significant premiums, and the relationship between these two blue-chip luxury brands dates all the way back to 1851.

The new Tiffany Blue Patek Philippe Nautilus 5711 celebrates the 170th Anniversary of this iconic manufacturer-retailer partnership, and if you thought the regular reference 5711 was hard to get, this one will be near-impossible.

About the Patek Philippe Nautilus 5711

First released in 2006, the reference 5711 is the standard time and date version of the Patek Philippe Nautilus. While it represents one of the least complex offerings in the entire Nautilus collection, it is easily the most difficult to find at a retail level.

Virtually non-existent at boutiques and set to be discontinued next year, prices for stainless steel Nautilus 5711 watches routinely break the six-figure price point on the pre-owned market. Additionally, an example of the ultra-desirable green dial version sold for nearly half a million dollars at an auction earlier this year. To say that the reference 5711 is “hard to get” is a serious understatement, and buyers are willing to pay incredible premiums to guarantee that they get their hands on one. 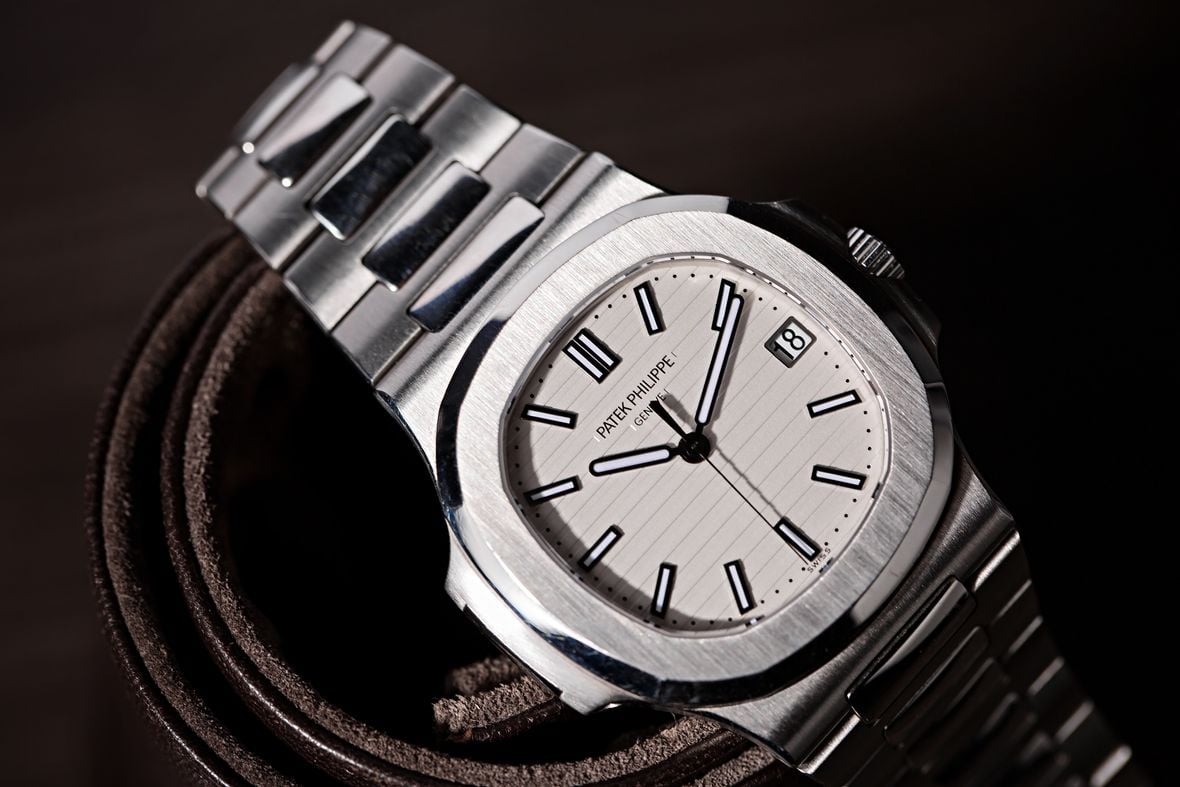 For all intents and purposes, the new Tiffany Blue Nautilus is just a standard stainless steel Patek Philippe reference 5711 that is fitted with a special dial and caseback. The display caseback features the words, “170th Anniversary Tiffany & Co – Patek Philippe 1851 – 2021” with a tiny LVMH logo hidden within the “1” of “2021” as a reference to the fact that Tiffany & Co. is now part of the greater LVMH umbrella. With that in mind, any seasoned watch collector will tell you how much a dial can matter, and when it comes to this particular watch, the dial is just about everything.

Featuring the signature pale blue shade of Tiffany & Co. along with the obligatory Tiffany logo, the dial of the new reference 5711 is still instantly recognizable as being from the Nautilus family and even features the collection’s signature horizontal stripe pattern. However, this might just be the ultimate Tiffany dial Patek Philippe watch, and it will likely be a must-have for serious collectors. 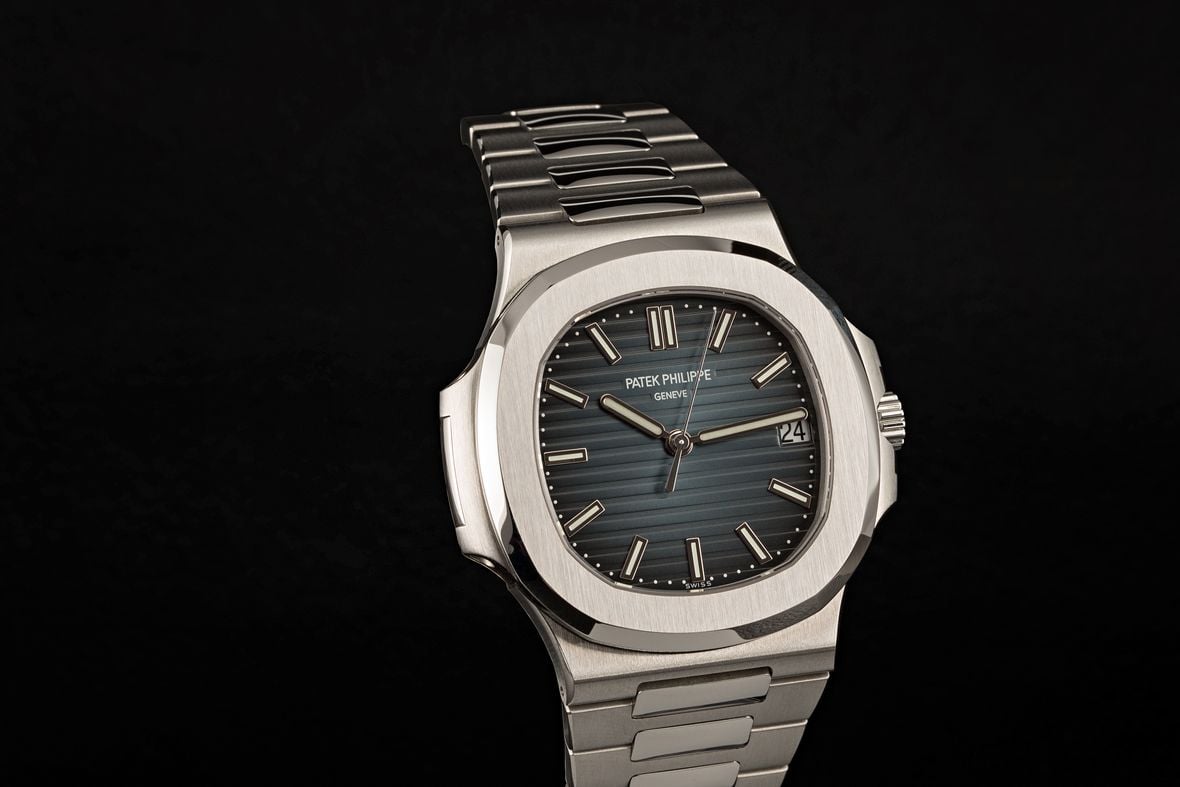 While just about every single Patek Philippe collector will want to get their hands on this incredibly special model, production will be strictly limited to just 170 pieces and the watch will be exclusively available at Tiffany & Co. boutiques in New York, Beverly Hills, and San Francisco.

Although it has an official retail price of $52,635, you can almost guarantee that these watches will trade hands for significant premiums once they reach the open market. In fact, even Tiffany & Co. is betting that these watches will be worth far more than their retail price, as the company will be auctioning one of them in partnership with Phillips, with 100% of the proceeds going to The Nature Conservancy. Allocation of these ultra-elusive watches will be determined by Tiffany & Co. but the lone example hitting the auction block means that there will be a single one that will go to the highest bidder. If the green dial version fetched nearly half a million dollars without the legendary Tiffany & Co. stamp, this one has all the potential to become the most expensive Patek Philippe Nautilus 5711 of all time.