Few watch brands can boast the maritime heritage of Switzerland’s Ulysse Nardin. They started supplying sought-after marine and pocket chronometers to naval commanders and captains of merchant ships from all over the world in 1846. The company’s manufacture in Le Locle, Switzerland produces masterpieces of precision and understated elegance. 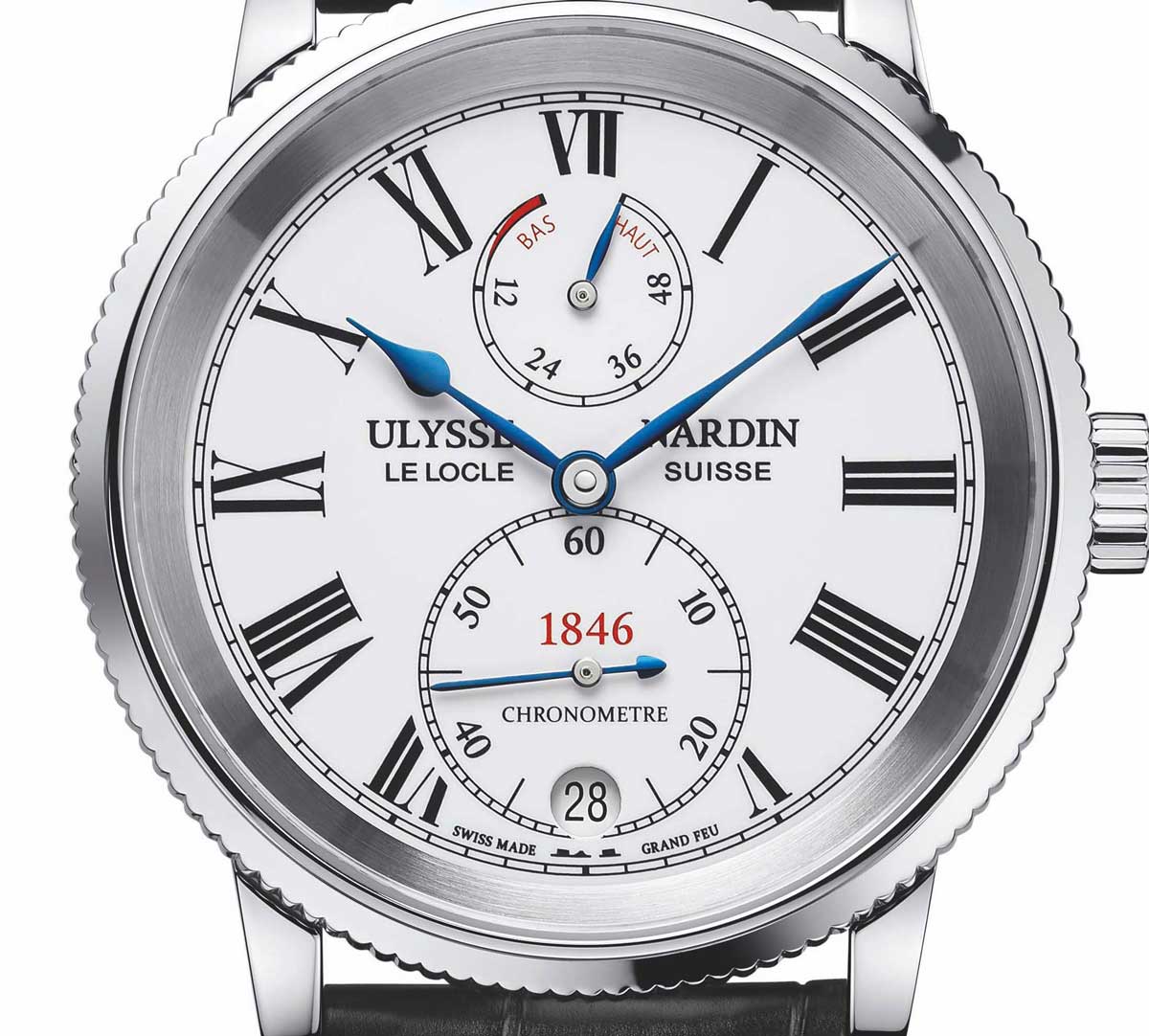 Although there are many brands with new arrivals each year, Ulysse Nardin’s latest release looks all the way back to the year of its birth with the Marine 1846 chronometer. This timepiece is based on a legendary ancestor from 1996, though it was initially produced as the 150th anniversary of this watch brand.

The latest iteration ($9,900) has been updated with silicium technology and a Grand Feu enamel dial in the perfect merger of old and new. It is also equipped with the brand’s self-winding UN-118 Chronometer movement. The Marine 1846 features a 60-hour power reserve, a forward and backward quick-set date function, Roman numerals, a fluted bezel and water resistance to 100 meters (328 ft.), all of which is housed in a handsome 41 mm case. On the enamel dial, the small seconds, date and power reserve indicators are set off by Ulysse Nardin’s historic marine chronometer hands and logo. The caseback features a list of the gold medals won by historic Ulysse Nardin timepieces. 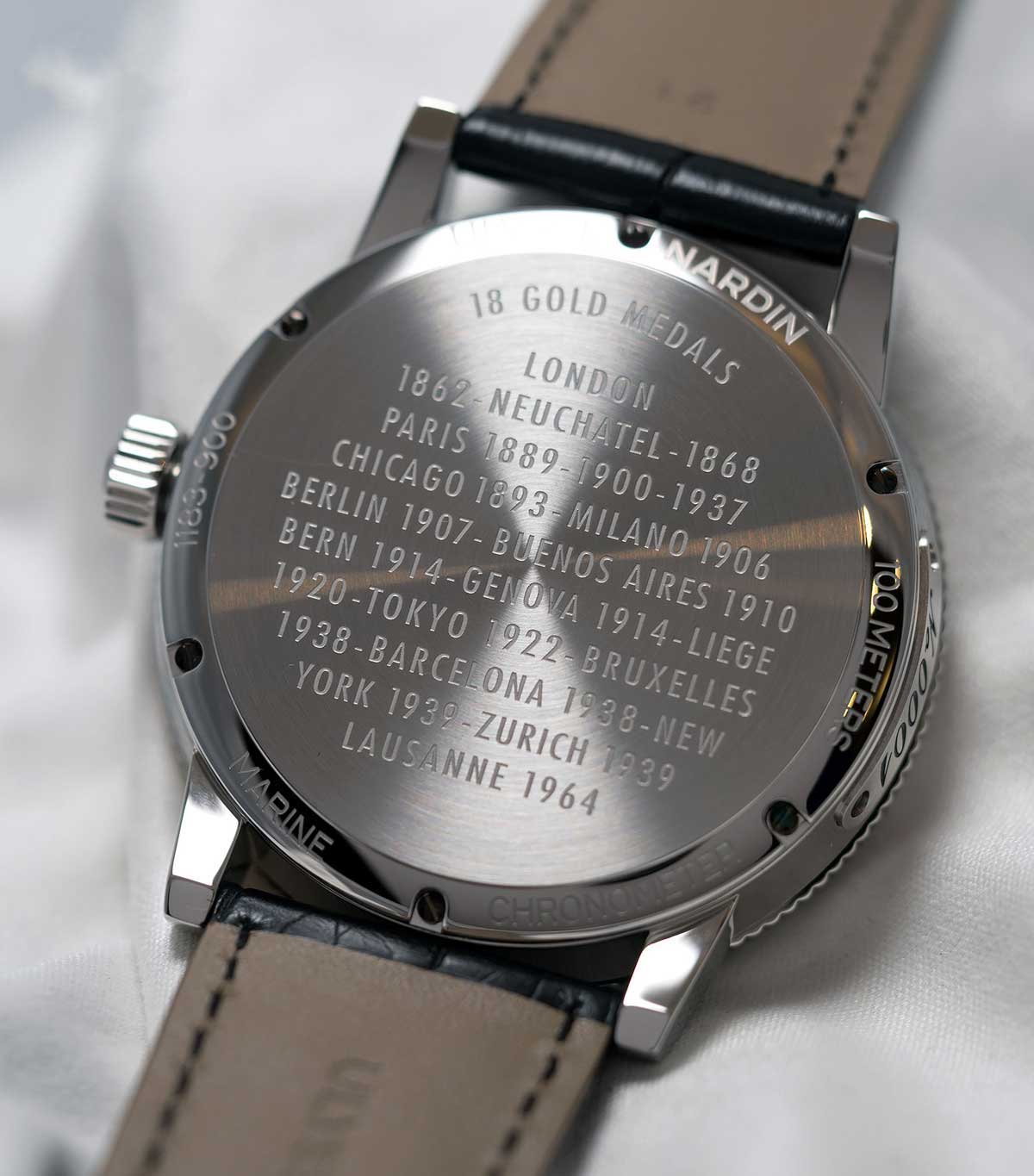 The caseback of the Ulysse Nardin’s Marine 1846. (Credit: WatchesBySJX.com)

Ulysse Nardin is also unique in that it has operated out of the same building in Le Locle since 1865. Reliability was highly important due to constantly high demand. They supplied marine chronometers to the navies of some 50 different countries. Though many celebrities prefer much flashier watches, like an Audemars Piguet, a Rolex, or an Omega, one of the brand’s most recognized fans is basketball legend, Michael Jordan. Though most of their pieces have a historical flavor, they also produce a large number of edgier and contemporary pieces. This includes the famed Freak Collection – a watch with no hands, crown or dial. Another exotic piece is the Executive Skeleton Tourbillon. The Marine 1846 is more our speed though… 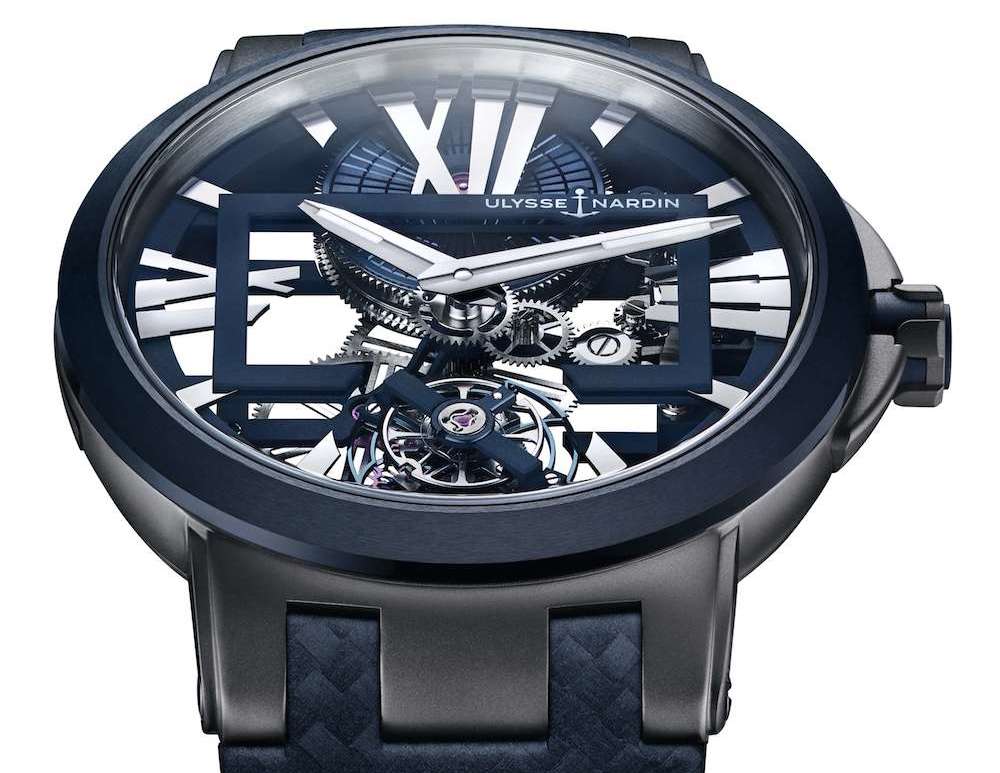 This leaves us with a question for you: which of these two Ulysse Nardin watches would you like to add to your collection the Ulysse Nardin’s Marine 1846 or the Executive Skeleton Tourbillon.