3 of the Most Iconic Mechanical Movements

For many collectors, what is going on inside a watch is at least as important as the outward aesthetics.

Some watches are defined by their caliber. The Rolex Daytona, for instance, is really the story of its mechanism—from the early, manually-wound Valjoux engines which condemned it to a quarter of a century of abject sales failure, to its revolutionary, third-party supplied automatic movement, to its current in-house chronograph which has cemented its place as one of the most desirable watches in the world.

It is the inner workings that give a model its heartbeat and displays the pure artistry of the watchmaker’s skill. Over the years, there have been a number of movements that have become almost as renowned as the timepieces they drive.

Below, we will take a look at three of the very best. 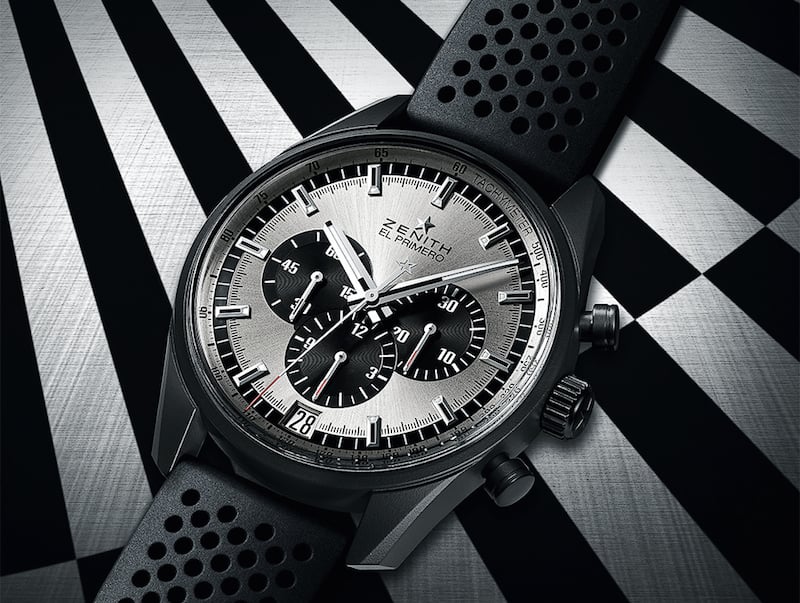 The argument over who exactly created the very first self-winding chronograph caliber has been raging since 1969, the year three emerged almost simultaneously.

It was a race that had been going on for the better part of a decade and involved two rival consortiums from Switzerland as well as Seiko in Japan.

In the end, all three concerns released their own takes on the challenge within months of each other, with differing levels of success.

From the Chronomatic Group, a syndicate made up of Heuer, Breitling, Hamilton-Buren and Dubois Depraz, came the Caliber 11, technically the first of the Swiss competitors to market. But it had been built with one eye on the clock and was something of a rush job; an already existing automatic caliber with a chronograph module bolted on top. Furthermore, the speed at which it had been completed left it rife with problems, and it had to be given a complete overhaul within a year of its launch, as the Caliber 11-I.

Seiko’s 6139, by comparison, was an integrated movement, built from the ground up, complete with column wheel and vertical clutch system. But it had only a 30-minute register, no running seconds hand and beat at just 21,600vph.

Enter the Zenith El Primero. Their effort, built in conjunction with Movado, was technically the last to see the light of day. However, not only was it also an integrated chronograph, it displayed a tri-compax set up of chronograph dials, and had a balance frequency of an incredible 36,000vph. That meant a mechanical movement able to time down to 1/10th of a second—to this day, nearly 50 years later, the only one capable of it.

By any measure, the El Primero won the day, but unfortunately, it arrived only one step ahead of the quartz crisis, and just a few years later, Zenith went into receivership.

They were bought out by the Zenith Radio Corporation of Chicago (no relation) in 1971, who ordered all mechanical watchmaking machines and tooling sold for scrap and, inexplicably, all the documentation on how to build the El Primero burned, in order to concentrate on nothing but making quartz watches.

However, senior engineer Charles Vermot spent months secretly crating up all and any equipment relating to the movement and hiding it in the attic of the company’s headquarters in Ponts-de-Martel.

Once the quartz crisis started to abate, production was able to start up again without the need for massive investment in new machinery.

Of course, it also helped that Rolex had come knocking, looking for the first self-winding caliber to drive the Daytona. Signing a massive deal to supply their Swiss neighbors for the next 10 years saved Zenith, and the caliber has gone onto see service inside watches from the likes of Panerai, Bvlgari, Dunhill, Daniel Roth and, ironically, TAG Heuer, once fierce rivals as part of the Chronomatic Group.

There have been a record 23 different versions of the movement over the years, and it is still being improved on. Zenith’s own watch, the Defy El Primero 21 was released last year, the chronograph function given its own separate caliber beating at 360,000vph to record times to 1/100th second.

Whether or not it was the first, it is the El Primero that has since become the most enduring of the automatic chronograph calibers—a true legend in mechanical watchmaking. 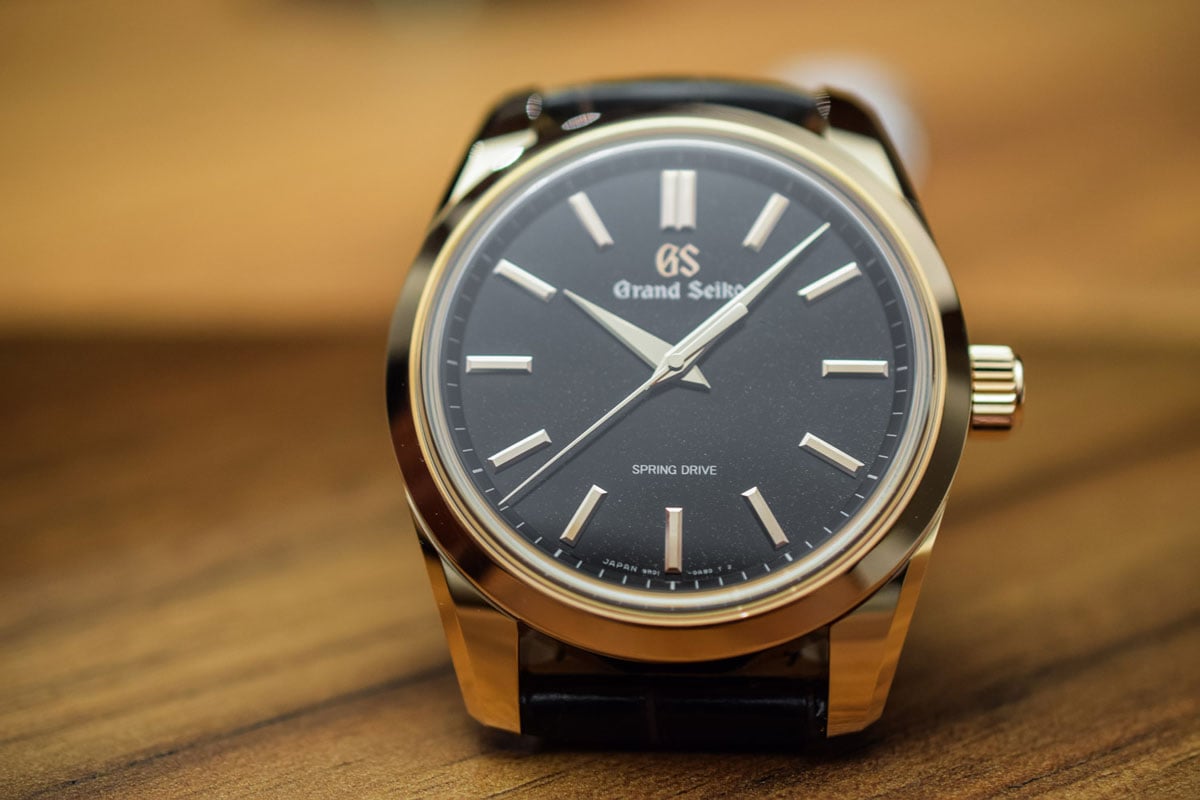 The Grand Seiko is a very accurate watch for its blend of electricity and mechanics. (Image Credit: Monochrome)

Seiko’s Spring Drive earns its place on any list of game-changing watch movements solely by virtue of it being an absolutely unique concept, delivered brilliantly.

Neither one thing or the other, it is the perfect mix of technologies; driven by a conventional mainspring and gear train, but regulated by a quartz oscillator—that needs no battery.

The first Spring Drive mechanism entered the stage at Baselworld 1998, following a turbulent route to production which began some two decades earlier. During that time, the entire project was called off twice due to seemingly insurmountable obstacles, mainly concerning the massive power drain of the movement’s IC, or Integrated Circuit. After more than 600 prototypes and 230 patents, the brains behind the endeavor, Yoshikazu Akahane, finally cracked the problem and created a caliber like no other.

Ironically, when the concept for the Spring Drive first started in the 70s, Seiko were at the forefront of quartz technology, ushering in the crisis that would decimate the traditional manufactures of Switzerland.

By developing what was dubbed Mechatronics, the idea was to blend electronic accuracy with the refinement of mechanical watchmaking.

To do so, Akahane replaced the conventional escapement, the component that controls the timing of a watch, with a Tri-synchro regulator. Now, the mainspring was used to drive a glide wheel that sat inside a coil of tightly wound wire, which generated a small electrical current that powered both the quartz crystal as well as a new type of IC, developed by Seiko Epson.

The result was a gear train and rotor wheel that rotated continuously instead of with the stop/start of a traditional escapement. It produced a smoothly sweeping and completely silent seconds hand, with no ticking sound. Seiko dubbed the innovation ‘the quiet revolution’.

Because this new system didn’t require any lubrication, and as there was no battery to deteriorate as with a purely quartz-powered watch, the Spring Drive reportedly has one of the longest effective lives of any type of movement.

What’s more, the Tri-synchro regulator employs an electromagnetic braking system that keeps the glide wheel spinning at precisely eight times per second which, coupled with the highly accurate timing signal from the quartz oscillator, ensures an accuracy of +/- 15 seconds a month.

Seiko also established an entirely new type of bi-directional winding system, called the Magic-Lever, which increased the efficiency by around 30%. And one of the prerequisites from the brand was that all Spring Drive calibers must have a 72-hour power reserve.

All in all, it was an incredible achievement. Sadly, its inventor never got to see his breakthrough in action. Akahane died in 1998 at the age of just 52, a year before the first Spring Drive entered service inside one of Seiko’s Credor range of luxury watches.

His legacy, however, lives on, with one of the most radical horological advances of the 20th century. 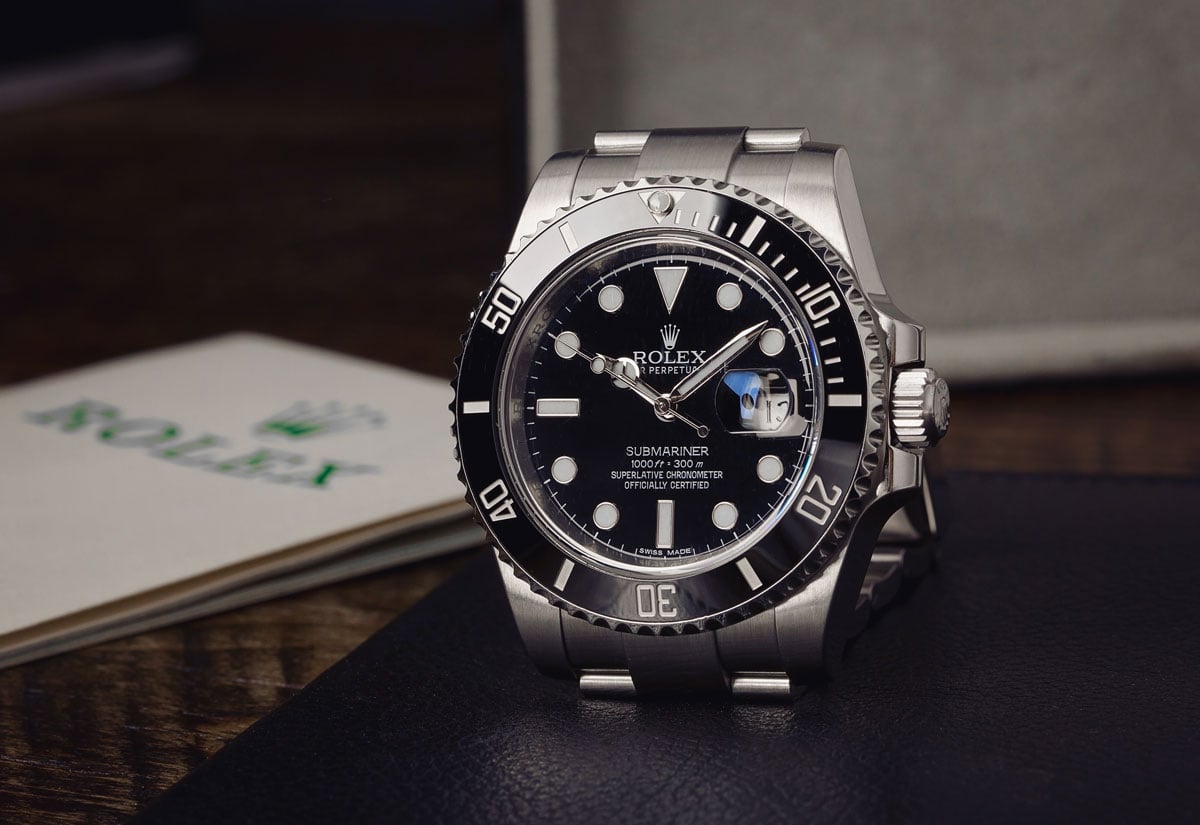 The Caliber 3135 is a tried and true Rolex movement.

It is not remarkably complicated. It is not particularly well finished. It is, in fact, a big, no-nonsense workhorse, mass-produced in the countless thousands every year.

So why does the Rolex Cal. 3135 belong on a list of iconic watch movements? It is simply because, after three decades, it is still one of the most reliable, accurate, robust and widely used automatic calibers ever made.

Debuting in 1988, the Cal. 3100 series, of which the Cal. 3135 is the first and base model, took over from Rolex’s Cal. 3000 family of movements, the series that introduced the high beat balance frequency which has gone on to become the accepted standard across the catalog.

Sharing a host of similarities with the outgoing engines, the 3135’s first major advantage, considering the range of watches it was intended to power, is its sheer physical size. At 26.5mm in diameter and 6mm in height, it is an especially large movement. That bulk lent the caliber an inherent strength, perfect for sitting inside Rolex’s range of ultra tough tool watches, such as its trio of dive models; the Submariner, the Sea-Dweller and the Deepsea.

It also gave plenty of room on the base plate to mount further modules to create extra complications. Adding the second time zone unit, for example, formed the Cal. 3185 which sat inside the GMT-Master II and the Explorer II until the mid-2000s.

It also retained the Microstella regulating screws on the free-sprung balance, a system the brand first used way back in 1959 and have found no need to replace. Here, two pairs of weighted nuts are mounted to the inside of the balance wheel which can be adjusted to either slow down or speed up the rotation. While some other manufactures have regulating screws on the outside, Rolex have always fixed them internally, for three reasons. Firstly, it allows for a larger diameter balance wheel. Secondly, it makes it more aerodynamic as the screws don’t cause any turbulence as the wheel spins, and thirdly, it makes it easier for a professional to fine-tune the timing. Rolex calibers have long been the watchmaker’s friend.

It may be 30-years old, but the Caliber 3135 and its variants still drive some of the crown’s finest. The Sub, the 36mm Day-Date and the three largest Oyster Perpetual models all house versions, plus or minus extra functionality.

It is a movement which has been kept relevant, even at a company in an almost permanent state of flux, by a relentless series of updates during its lifetime.

Most recent, and signifying a major breakthrough in the industry, is the Parachrom Bleu hairspring. It replaced the previous Nivarox-made item and is made up of an alloy of Rolex’s own devising. A composite of niobium and zirconium, it launched in 2000 following five years of development and was given a further update in 2005 with a new surface treatment which turned blue when exposed to the air, hence the name. Antimagnetic, impervious to temperature variations and with 10 times more resistance to shocks than traditional hairsprings, it has since been rolled out across the entire Rolex fleet.

While it may not win any style awards, the Cal. 3135 does what it was built to do flawlessly—which is really at the core of the Rolex spirit. Modest in appearance and complications, it is still a caliber against which all others are judged.