The Difference between the GMT Master and the Explorer

Rolex’s professional series boasts a sports watch to accommodate any lifestyle.  Whether you’re in the market for an aviator’s watch or a tough timepiece to accompany you to the peak of Mount Everest, there is a Rolex watch that is prepared to take on any adventure.  The GMT Master and the Explorer watches are, perhaps, two of the most recognizable models in the Rolex catalog. And while they may look similar depending on the reference, they function very differently.

The GMT Master hit the market in 1954.  As a pilot’s watch, its primary function was to read multiple time zones via a rotating bezel.  Later, Rolex would debut the GMT Master II, which was developed with an upgraded movement. These newer references would also include the addition of an independent 24-hour hand, allowing the wearer to read two time zones on the dial and a third time zone on the bezel.  Also known as the GMT hand, this feature circles the dial independently of the central hands and can be read against the bezel to sync with military time. 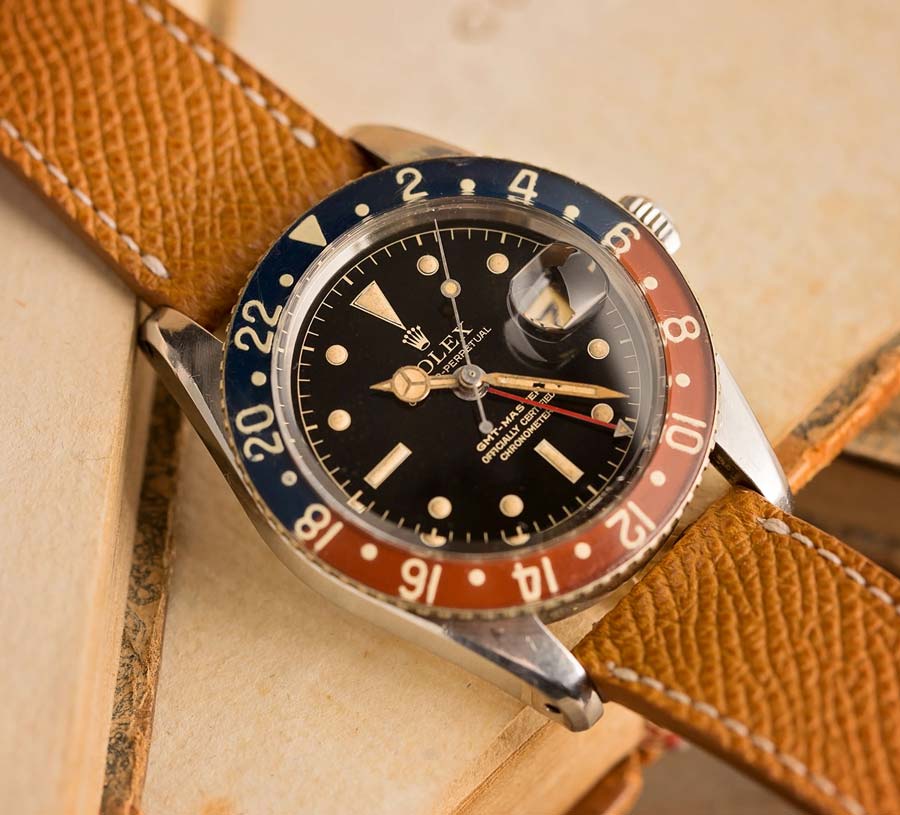 What differentiates the GMT Master and the Explorer is not only the ability to read a third time zone but its overall style as well.  Rolex’s iconic pilot’s watch offers more bezel options including metal inserts in early references and a Cerachrom insert in modern references.  The bezel, unlike the Explorer, is rotatable and is offered in multiple color options including black or two-tone. The GMT Master can also be found with either a five-link Jubilee or a three-link Oyster bracelet, unlike the Explorer which is only produced with an Oyster bracelet.  The Explorer is also only produced in a stainless steel finish, while the GMT Master can be found in either stainless steel, yellow gold, or two-tone variations. In general, the GMT Master offers a broader choice of feature sets.

Early variations of the Explorer were not equipped with a 24-hour bezel and looked nothing like the GMT Master as we know it today.  The original Explorer trades the timing bezel for a smooth, high-polish bezel and displays the time on a black dial topped with lume.  Most references feature luminous baton hour makers and alternating Arabic markers at the 3, 6, and 9 positions. Simple and straight-forward, the differences between the GMT Master and the Explorer are quite apparent at first glance. 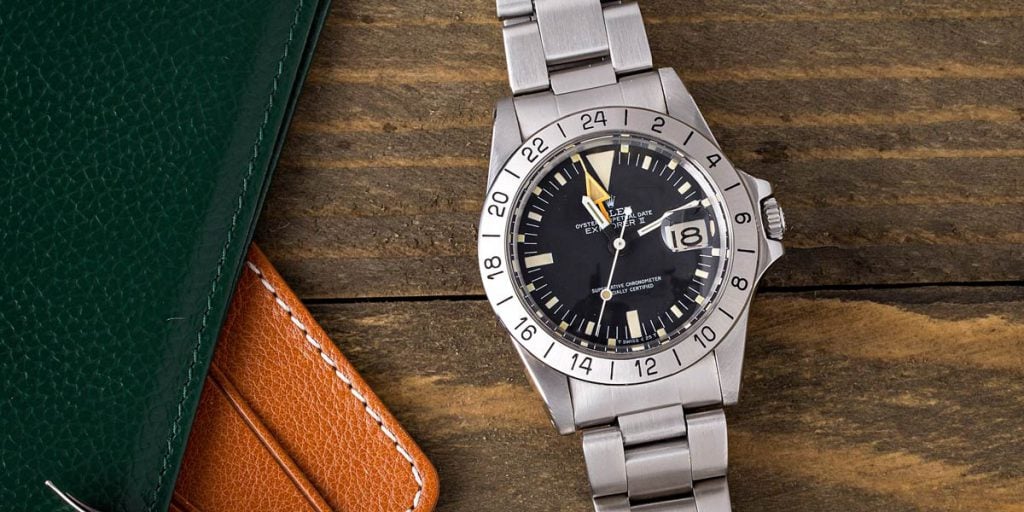 In 1971, Rolex debuted the Explorer II, which added a 24-hour fixed bezel as well as a new dial topped with a luminous display and a distinct orange arrow hand in early variations.  While the first Explorer was marketed towards mountain climbers and other adventurous outdoorsmen, the Explorer II was developed for use in darker environments, such as caves or regions that experience long periods of darkness, such as the Arctic Circle.

Unlike the GMT Master, the bezel on the Explorer II is fixed.  The wearer can use this feature to read military time via the triangle hand on the dial.  The bezel is also only offered in stainless steel, as is the Oyster case and a bracelet. The dial, however, can be found in either black or white.  While the GMT Master has a plethora of bezel, dial, bracelet, and metal options, the Explorer keeps it simple with just a steel finish and a three-link Oyster bracelet.  Both the GMT Master and the Explorer offer a GMT hand on the dial, the ability to read multiple time zones, and a waterproof Oyster case.