Watches Of The Avengers: Robert Downey Jr. Wears A Hulk

Avengers: Infinity Wars is still riding its wave of popularity – smashing box office records in consecutive weeks. As impressive as this feat is, Marvel’s cinematic universe largely has one iconic actor to thank: Robert Downey Jr. To honor this legend, GQ released a video of the star of the Iron Man movie franchise, Robert Downey Jr., going through the contents of his watch box. Among the impressive collection of timepieces from Patek Philippe, Jaeger-LeCoultre, OMEGA, and other fine watchmakers, are three very cool Rolex watches – a Milgauss, a GMT-Master II, and a Submariner. Let’s take a closer look at Robert Downey Jr.’s Rolex watches. 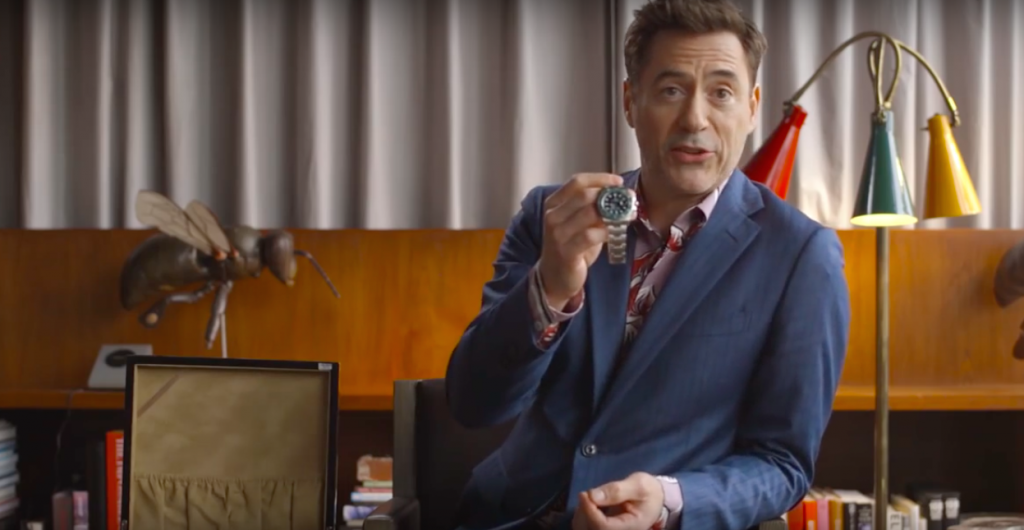 Known as the scientist’s watch, the Rolex Milgauss was first introduced in 1956 with the capability to withstand magnetic fields of up to 1,000 gauss. This was a particularly practical feature for professionals working in the medical and scientific industries as they were regularly exposed to high magnetic fields during the course of their workday.

Tony Stark is an inventor and a scientist, so it should really not come aa a surprise that Robert Downey Jr. is a fan of the Milgauss. It’s origins are well-documented and harken back to the nuclear age when scientists needed watches that could withstand interference from magnetic fields. With a 40mm stainless steel Oyster case, stainless steel Oyster bracelet, and black dial, the ref. 116400GV is a sportier version of vintage Rolex Milgauss models. On the dial is the characteristic orange lightning bolt seconds hand that matches the other orange details found on the dial. Interestingly, the Milgauss 116400GV is topped with a green sapphire crystal – “GV” in the reference number denotes “Glace Verte”, French for green glass – which gives the watch a very distinct look.

The next watch in Robert Downey Jr.’s collection is a Rolex GMT-Master II “Ghost”. This, however, is not a stock product from Rolex’s collection of pilot watches, but rather a modified version customized by the Bamford Watch Department company. This altered GMT-Master II features an all-black look, including the case, bezel, dial, and bracelet. Completing the look of the watch are the white details on the dial and bezel. 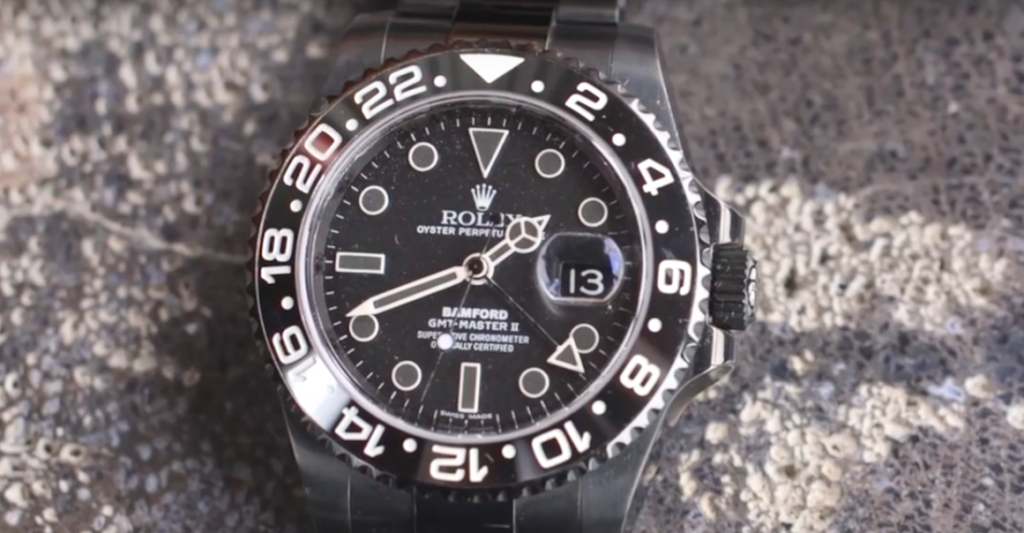 And last, but certainly not least, is the Submariner 116610LV, nicknamed “The Hulk” for its rich green hue. First unleashed in 2010, the ref. 116610LV is a full stainless steel Submariner with the date feature. A standout model within the Rolex’s family of diving watches, the Submariner with the green dial and matching green Cerachrom ceramic bezel is one of the brand’s most popular models today. Waterproof to 1,000 feet (300 meters) thanks to the Triplock screw-down crown and fluted caseback on its 40mm Oyster case, this superhero watch is just as comfortable deep underwater as it is out on land. 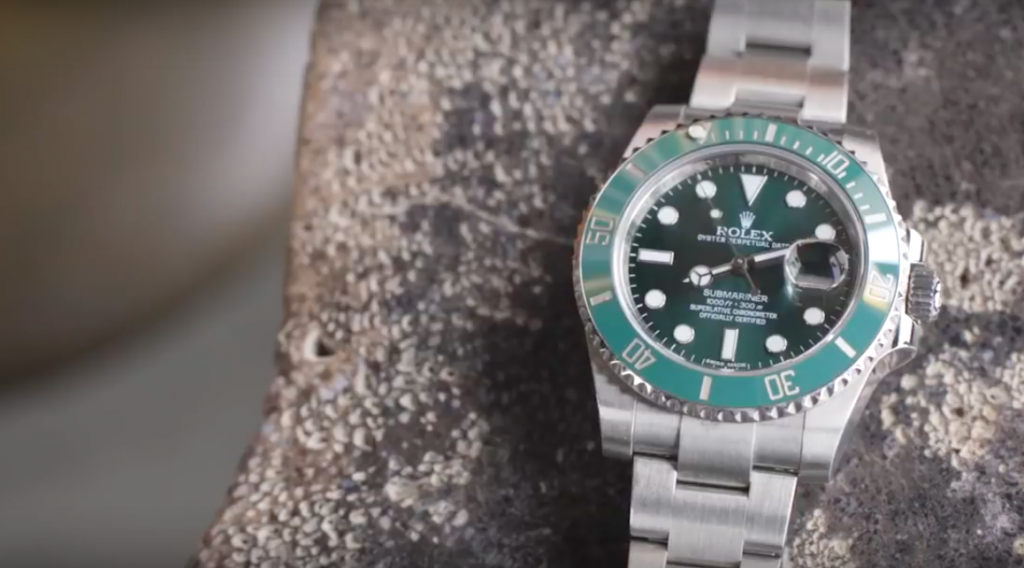 In the Robert Downey Jr. video, he refers to this watch as his “Green Money Rolex” and we have to agree with his sentiment. This Sub is most definitely “money”. 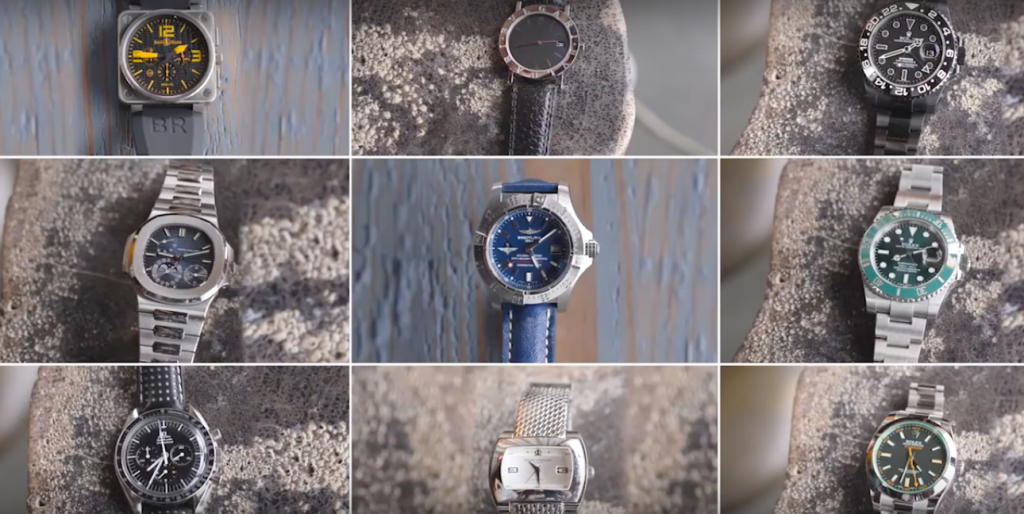