The History of the Rolex Logo Is “Exquisite!”

In 1903, a young Hans Wilsdorf partnered with his brother-in-law, Alfred James Davis to start a watch company. They initially named their company after themselves as Wilsdorf & Davis; however, the two soon changed the name in 1915 to the one that has now become synonymous with quality and luxury: Rolex. 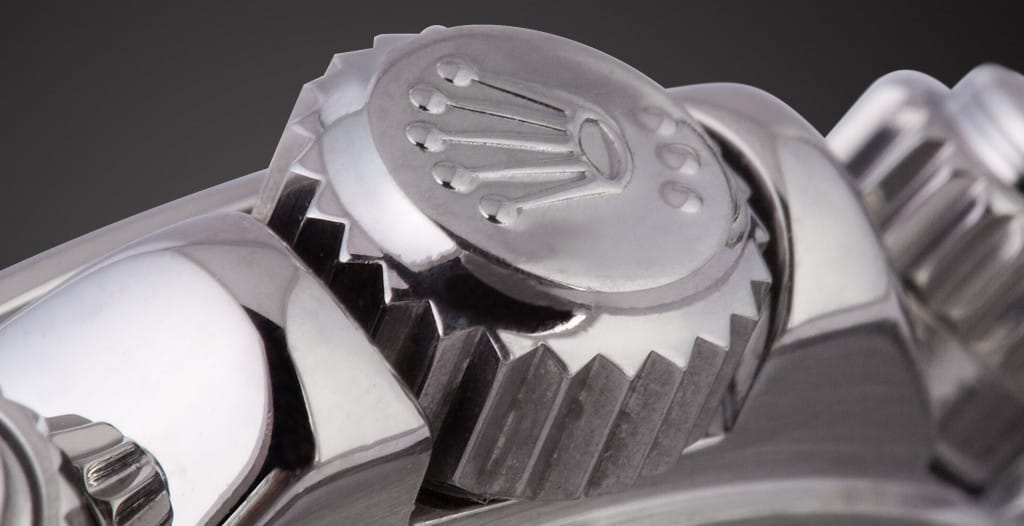 There are many theories on the Rolex Crown.

Some speculate that the name Rolex was inspired by the French phrase, Horlogerie Exquise, which roughly translates to “exquisite watchmaking” in English. Others hypothesize that the name was chosen because it is the sound a watch makes when being wound. Although no verified record exists regarding the inspiration behind the name, we do know why the name was chosen.

Wilsdorf and Davis picked the name Rolex because it was “easy to pronounce in multiple languages” and “was hard to misspell” due to its phonetic nature. Since the name was short, it looked clean and uncluttered when printed on their watch dials; and over the years, it has become inseparable from the modified Garamond typeface in which it is frequently printed.

Although Rolex watches had a great company name, Wilsdorf and Davis still needed a great company logo. In 1925 the two businessmen trademarked their five-pointed coronet insignia, which has grown to become instantly recognizable throughout the world. 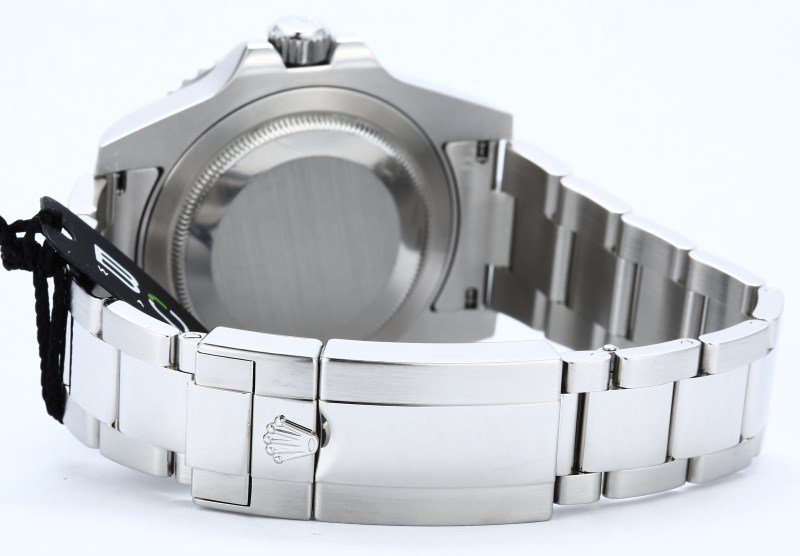 The Rolex Logo can be found on the bracelet as well as the face of the watch.

Many theories exist about the origins and secret meanings behind the Rolex crown. Some believe the five points represent the five fingers of the human hand; others believe that the crown is intended to represent five tree-branches topped in pearls. However, Rolex makes no mention whatsoever of these theories, and it is likely that they are simply overthought speculations.

All theories aside, the crown perfectly encapsulates Rolex’s core values of excellence and exclusivity, while its five points mirror the five letters of the company name that are frequently printed below it. Additionally, the coronet shape inherently carries with it connotations of honor and prestige, while also complementing the company’s slogan, “A Crown for Every Achievement.” 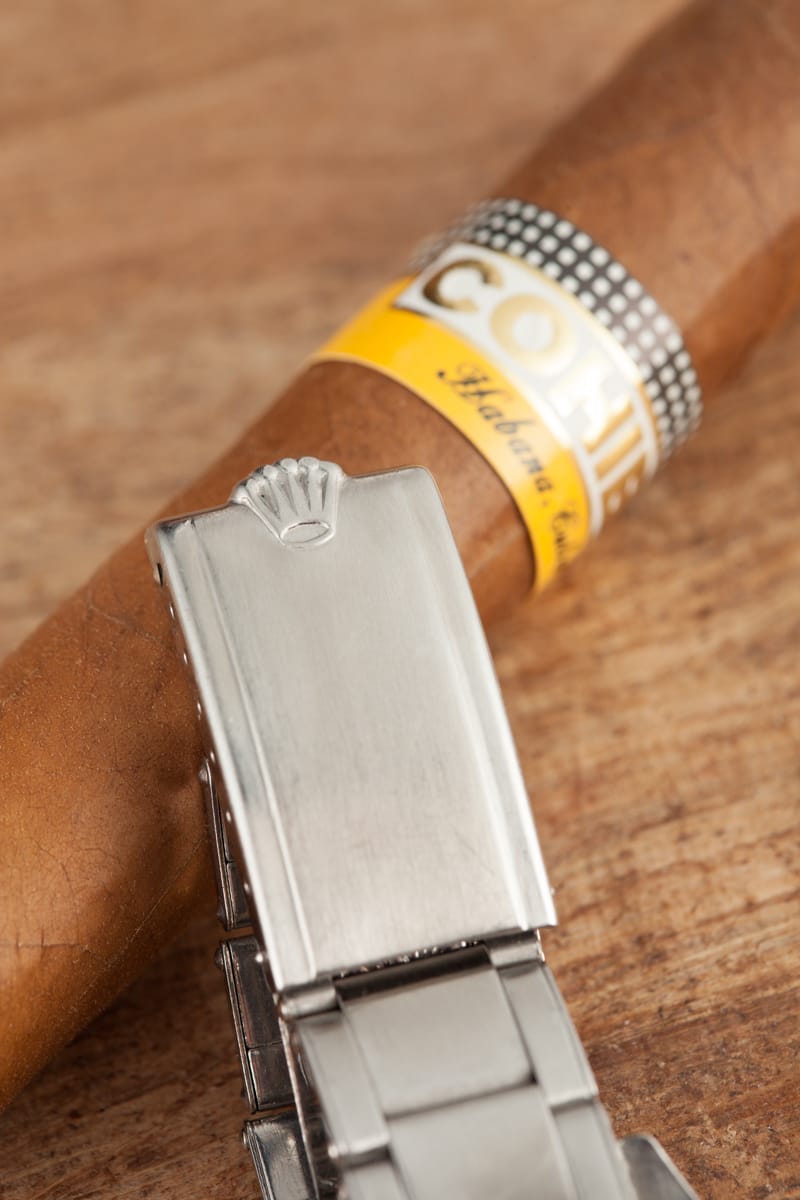 The Clasp Rolex Submariner 6536 has a beautiful crown on the strap.

Over the years, the design of Rolex’s crown has changed slightly; however, it has always retained the core elements that make it instantly recognizable as the Rolex emblem. In terms of international, widespread recognition, the Rolex crown ranks among the most iconic logos of all time, along with those of Apple, General Electric, Target, and Mercedes Benz.

Today, the company is led by newly appointed (2011) CEO Gian Riccardo Marini who was the former manager of Rolex Italy. There are rumors abound about the Rolex logo, two of which are not found anywhere on the Rolex website – that the crown logo represented “five fingers” or the crown was meant to portray five branches topped in pearls.

Here at Bob’s Watches, we agree that the Rolex crown is perfectly fitting for a company specializing in Horlogerie Exquise. Each Rolex watch is made to exacting standards, using only the finest materials on earth. In addition to serving as their iconic signature, the coronet logo that adorns every Rolex timepiece also serves as a subtle reminder, that each Rolex is indeed, a “crown of achievement” for all who own one.

Download Our Free Guide on How To Spot A Fake Rolex.