The Purpose of Non-Conventional Watches

My wife has always (endearingly) described me as a person who values style over substance. Even though there are many exceptions, her assessment definitely has some merit. In my capacity as a product designer, I love experimenting with different materials and textures, especially concerning luxury watches. For example, my ‘Pure Carbon’ timepiece is constructed from carbon fiber with carbon hands and black Onyx globe markers. Even though traditionalists may think this watch is radical, it is tame by comparison to many other non-conventional watches. 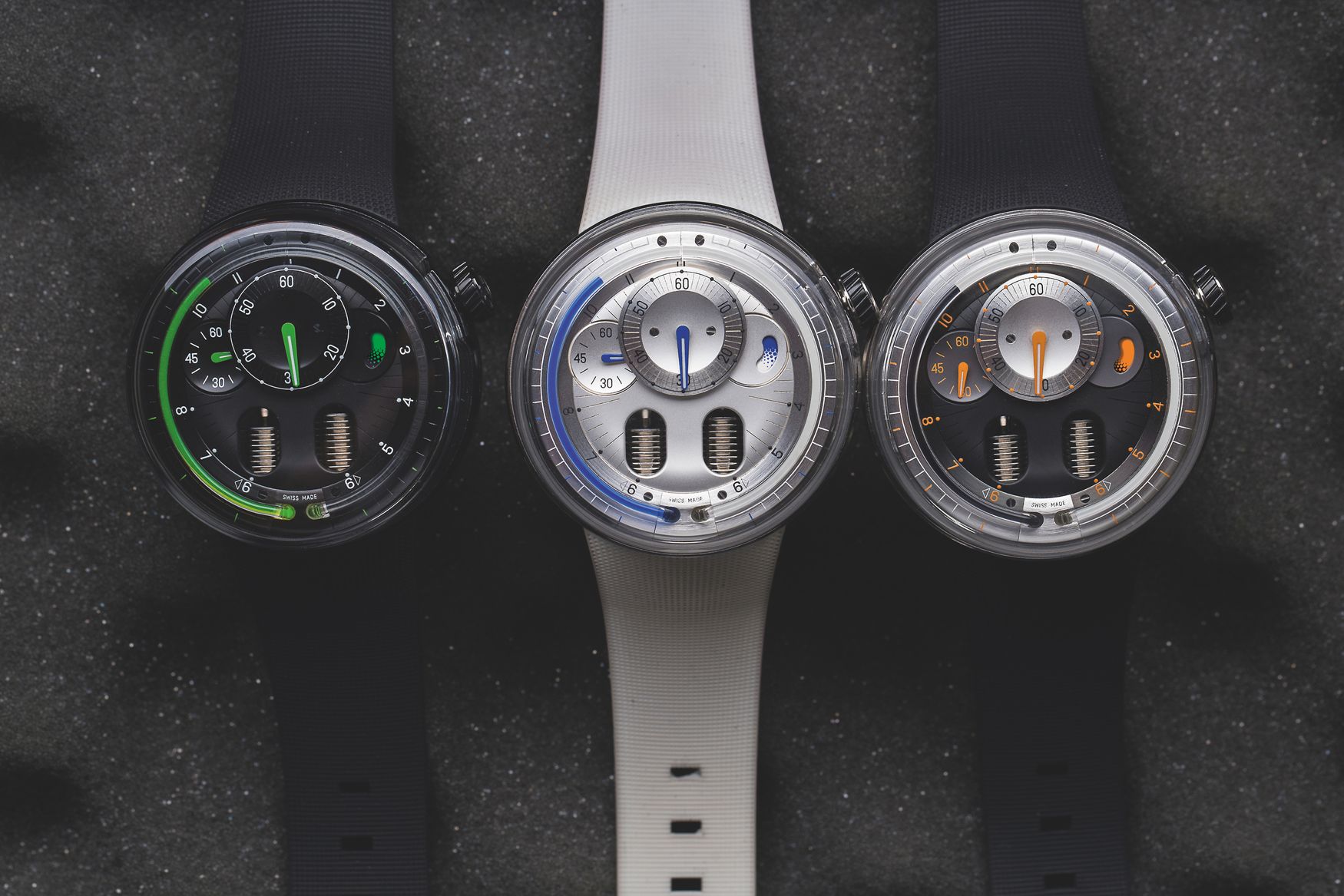 Swiss luxury watch brand, HYT uses a unique fluidic technology in their watches that displays the time with a colored fluid (Image: HYT).

A Case for Non-Conventional Watches

Over the last few years, brands have been pushing the boundaries of horological design. In fact, they now affectionately refer to them as ‘novelties’ because the function of the piece is almost secondary. These non-conventional watches are artist statements, and in many cases, aren’t as legible as watches with classical three-hand displays. However, from a designer’s perspective, they offer a certain degree of excitement and ingenuity. Ultimately they are conversation starters that provoke different reactions from people. Some people might ask why, but I would redirect the question and ask, why not?

Around 20-years ago, watches like the Rolex Submariner would have been considered oversized. However, the 40mm case almost seems diminutive in comparison to some of the current Avant-Garde models on the market. Even Italian brand, U-Boat – who are synonymous with extra-large timepieces – have been surpassed by many Avant-Garde watchmakers. However, it is pertinent to mention that they did produce a 65mm (excluding the crown) limited-edition watch a few years ago called the U-1942. 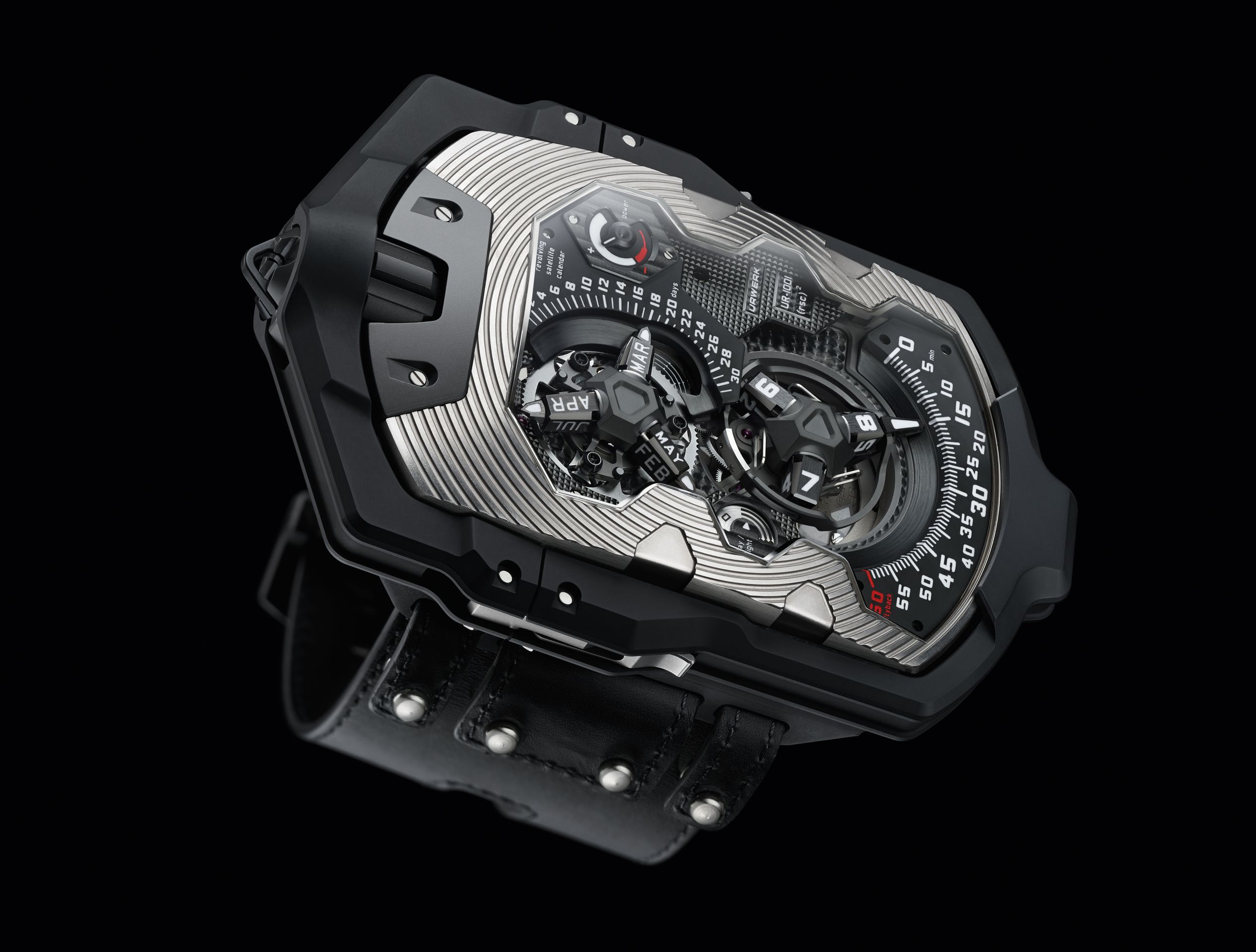 Due to its colossal size, the Urwerk UR-1001 is not likely going to be a watch that effortlessly disappears on the wrist (Image: Urwerk).

Many of the watches I have created exceed 55mm, and my ‘Pure Carbon’ weighs in at 67mm. However, this is dwarfed by Urwerk’s UR-1001 (106mm x 62mm x 23mm), which is the largest watch (by far) I’ve ever set my eyes on. It was a special adaptation of their pocket watch released at Baselworld 2015. Literally, it felt like wearing an iPhone on your wrist and isn’t practical for daily usage at all. Time/date is displayed via rotating 3-dimensional hands, which are mesmerizing to look at. There are many other watchmakers that are experimenting with unusual ways to display the time. Examples that instantly come to mind are HYT (fluidic technology), Christophe Claret (magnetic force), and U.S. brand, Devon (belt drive).

To conclude, I feel that non-conventional watches do have a purpose, in a similar way to modernistic design. I feel the power of aesthetic value is often far too underrated, and does have relevance in modern society. Just the fact alone that skilled craftsman and designers have gone to these lengths to create something extraordinary should be applauded. 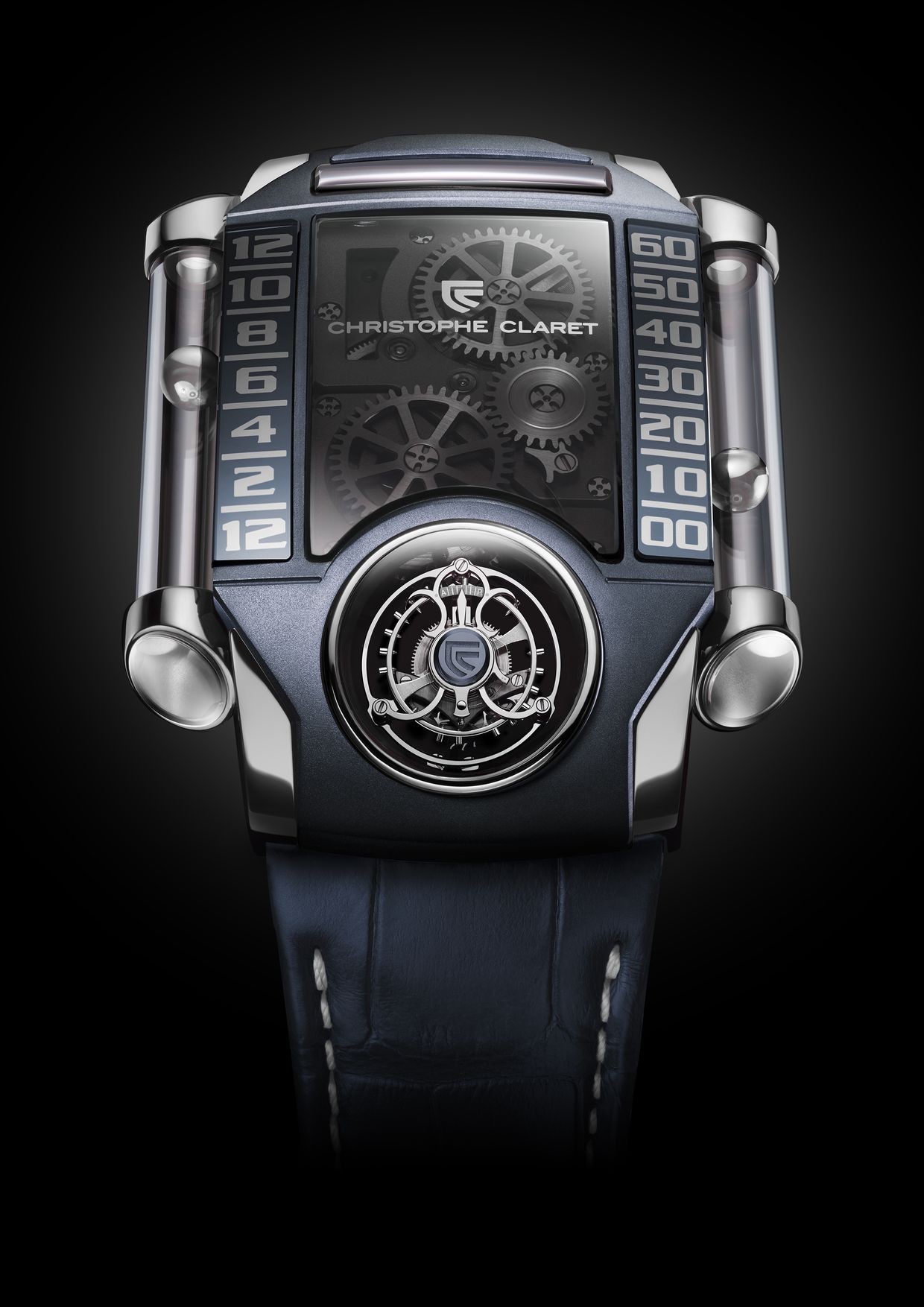