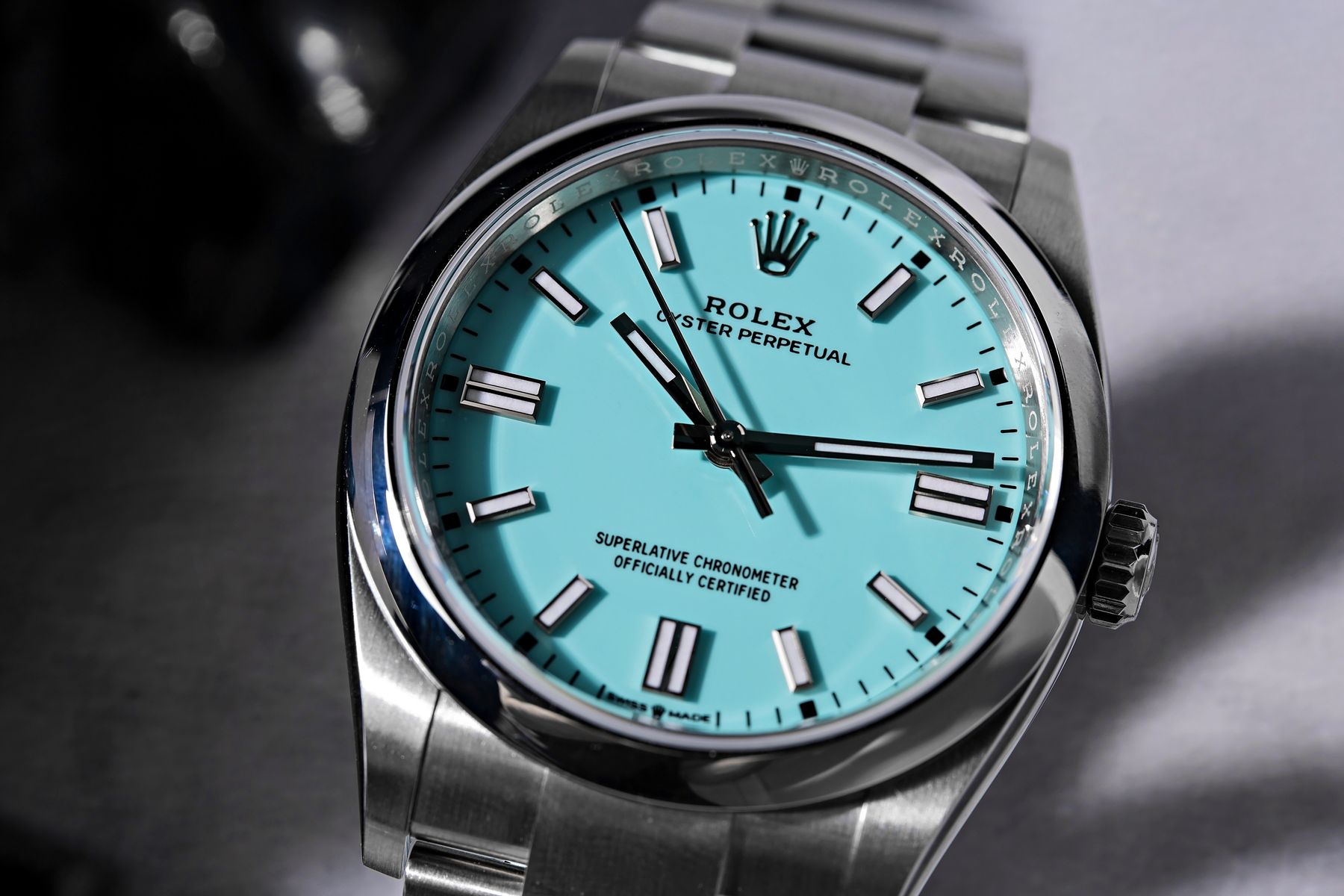 Hans Wilsdorf founded Rolex in 1905 with the goal of producing reliable and accurate wristwatches. Not waterproof to begin with, it took several years for Wilsdorf to investigate which factors make most watches unreliable and susceptible to damage. He eventually discovered that dust and moisture were the biggest culprits, and both elements seemed to enter through the winding crown.

In 1926, Rolex developed a case that could be screwed together to hermetically seal the movement against moisture and dirt. With this invention, the Rolex Oyster became the world’s first truly waterproof and dust-proof watch. In some of the earliest advertising for the watch, Rolex dangled the watch in a fish tank. The public was amazed by the ads and quickly gained a deeper knowledge of both Rolex and the watches it produced.

So how does it work? Featuring a screw-down crown and screw-down caseback – both lined with rubber gaskets on modern models – the cases of Rolex watches are able to be sealed to protect the movement, the dial, and everything else inside. This was the core concept behind the world-famous ‘Oyster’\’ case that offers water-resistance across much of the Rolex collection, including everything from the Datejust and Day-Date to sports watches like the Submariner and Daytona.

The original Rolex Oyster was available in 28mm and 32mm models with either an octagonal or cushion-shaped case, both taking inspiration from the Art Deco movement of the time. The bezels were even beautiful, featuring a fluted, coin-edged pattern (a predecessor to what we’ll eventually know as the serrated bezel we know today). Originally, the fluting had nothing to do with aesthetics and was purely functional, as it enabled watchmakers to grip the bezel and screw it down to the middle case. 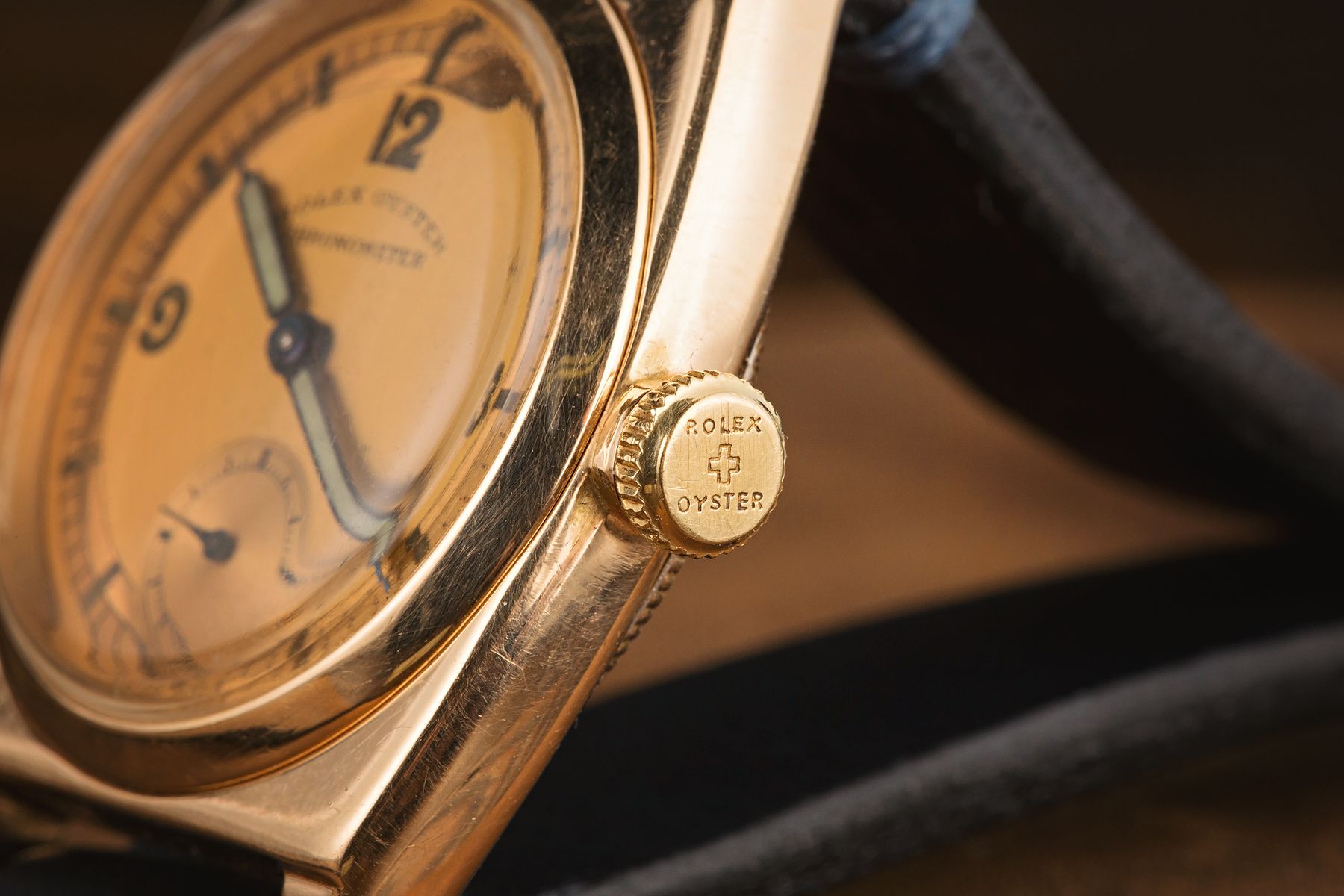 Putting The Rolex Screw-Down Crown To The Test: Mercedes Gleitze

It was October 7, 1927 when Mercedes Gleitze set out to swim the challenging English Channel with one of the world’s first waterproof watches worn on a chain around her neck. For more than 10 hours straight – beginning at 2:55 AM – she boldly swam across the channel wearing a Rolex Oyster that stayed in perfect working order the entire swim.

It’s said that Gleitze would regularly read the watch in an effort to gauge her progress and couldn’t help but be awed by the fact that it continued to tick! Following her swim, she said, “The Oyster, which I carried on my Channel swim, proved itself a reliable and accurate timekeeping companion even though it was subjected to complete immersion for hours in seawater at a temp of not more than 58.”

It was this revolutionary technology and successful experiment that would lay the groundwork for Rolex to continue finding ways to improve the water resistance of its watches, eventually launching its diving watch, the Submariner in 1953. Importantly, this would also spark innovation across the world of watchmaking, with a myriad of waterproof and diving watches emerging over the next several decades. 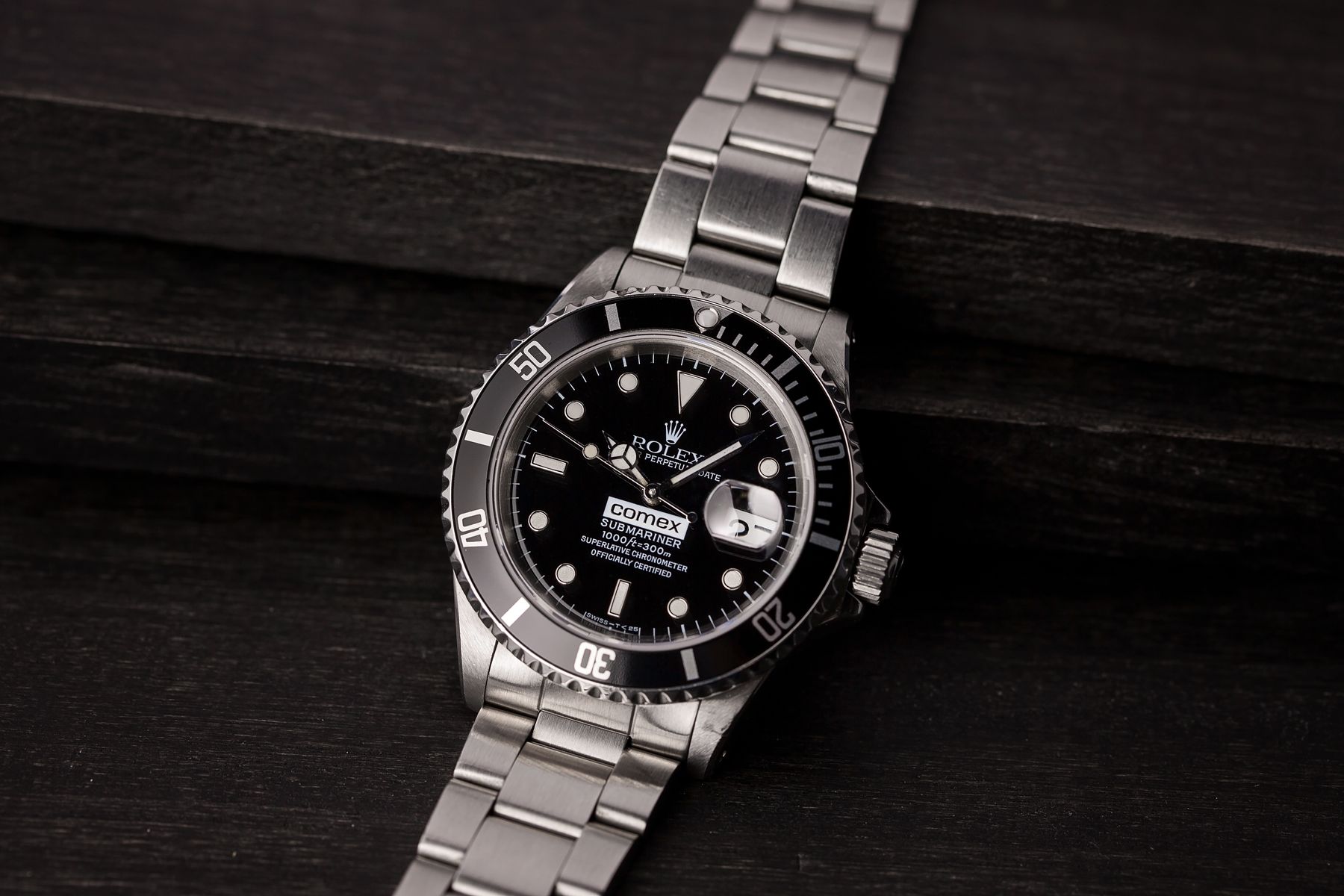 After Mercedes Gleitze proved the power of the Oyster case for the world to see, Rolex sealed its reputation as an innovator. Leveraging the success and popularity of the Oyster case, Rolex would eventually go on to use the technology across nearly its entire collection of wristwatches, giving everything from classic Datejust models to sports models like the GMT-Master the same superior waterproofness.

This move not only showed Rolex’s commitment to creating high-quality, lasting timepieces, but it ushered in a new standard of watchmaking that was committed to creating watches that no matter how ornate and beautiful, would perform in the harshest environments. It changed the watch world forever and has helped keep Rolex at the top of an incredibly competitive industry. 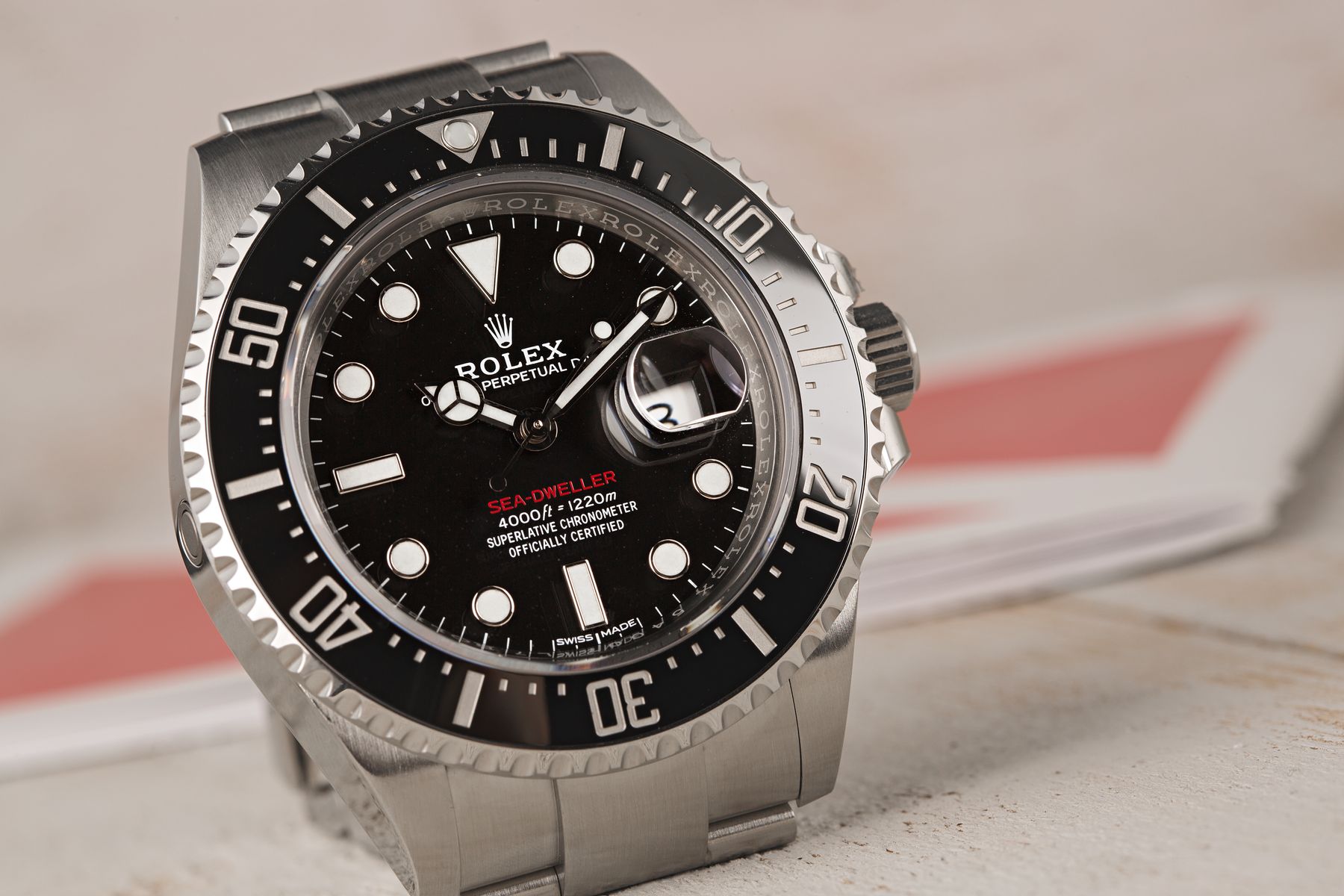 The Evolution of the Waterproof Oyster Case

The core design of Rolex’s winding crown has barely changed over the years because the concept behind its technology works exceptionally well. However, over the years, Rolex did find ways to improve upon its initial invention with the Twinlock and Triplock systems.

What Rolex did was add additional seals to the crown and the tube surrounding the winding stem to form the first Twinlock system in 1953. Then in 1970, the next generation winding crown appeared with an additional sealed section for even greater water resistance, resulting in the Triplock system. The Triplock crown was first introduced on the Sea-Dweller, but it can now be found on a number of Rolex Professional watches, including the Submariner, Daytona, Yacht-Master, and GMT-Master II. In fact, today, between the Oyster case and the two screw-down crown systems, every Rolex watch outside of the Cellini collection – even the dressiest of Datejust and Day-Date models – is still water resistant to at least 100 meters (330 feet).

While the crown system has had some minor adjustments over the years, Rolex has actually revolutionized the Oyster case to reinforce its water resistance. Original examples of the case feature a movement that wasn’t actually attached to the case itself, but instead, to a threaded metal ring, along with the dial and hands. This ring was then fitted to the body of the watch, as well as the crown and stem, with a threaded tube fixed in place and secured, before the separate bezel and case back were screwed down from either side, forming a completely sealed unit. Subsequent designs simplified the case structure to feature a single piece for the middle case, and this platform was later adapted to accommodate the rotating bezel that would be used on dive watches like the Submariner and Sea-Dweller. 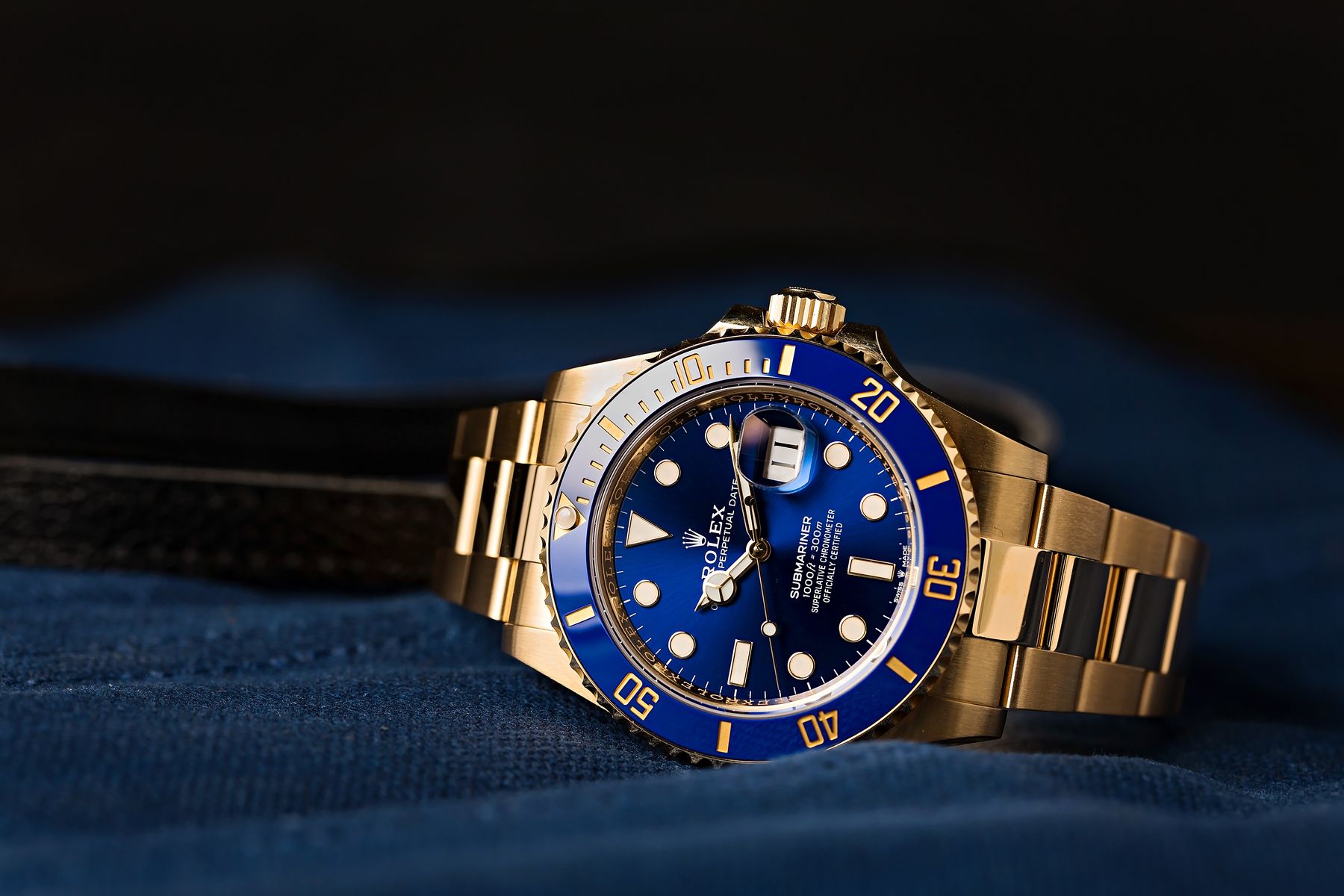 Rolex used its Oyster case’s industry-leading water resistance to test and build dive watches that pushed the limits of what was possible in the watch world. Famously, Rolex arranged for the prototype Deep Sea Special to be attached to the side of the Trieste Bathyscaphe or “deep boat” that dove to 11,000 meters in the ocean.

After that success, Rolex continued with its deep sea explorations, expanding upon its technological innovations sending another prototype down to the bottom of the Mariana Trench with James Cameron, before rolling out some of that technology in the Rolex Deepsea Sea-Dweller with its impressive 3,900 meter (12,800 feet) depth rating. This model is especially noteworthy because Rolex created an entirely new case architecture for the Deepsea Sea-Dweller so that it could withstand the immense pressures that are found at the bottom of the ocean. Known as the Ringlock System, it supports the crystal and caseback against an ultra-hard internal ring, and this highly advanced design is made possible by Rolex’s original waterproof Oyster case. 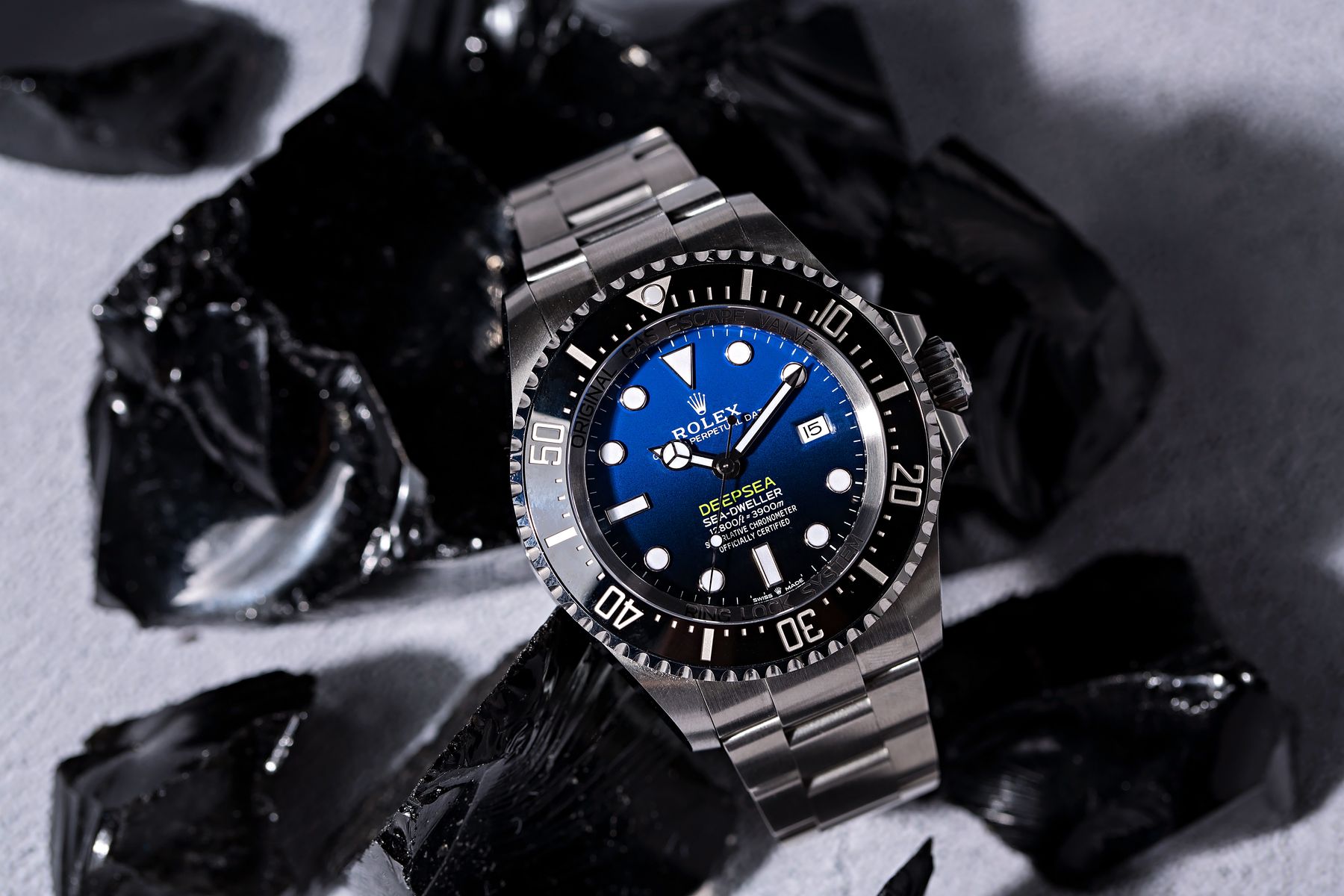