These days, Rolex is known as a highly vertically-integrated watch manufacturer that makes almost every single component in-house; however, this was not always the case. In fact, the Swiss watch industry was deeply rooted in the system of établissage, whereby manufacturing work is divided into small, specialized, independent units, and components only come together at the final stage of production, under one brand name.

As a result, Switzerland’s landscape was – for centuries – peppered with movement designers, bracelet manufacturers, case makers, dial producers, engravers, enamelers, and other specialties. And before Rolex became obsessed with making everything in-house, the iconic Swiss watch manufacturer did indeed outsource the building of some components to these specialists.

Today, we’re taking a closer look at Singer, a prominent dial manufacturer of the 20th century. Singer was the company behind the iconic design of the Daytona “exotic dial,” also known as the Rolex Daytona “Paul Newman” dial. Read on to learn more about the relationship between Singer and Rolex, and the now-famous and highly collectible exotic Daytona dials that came as a result of the partnership. 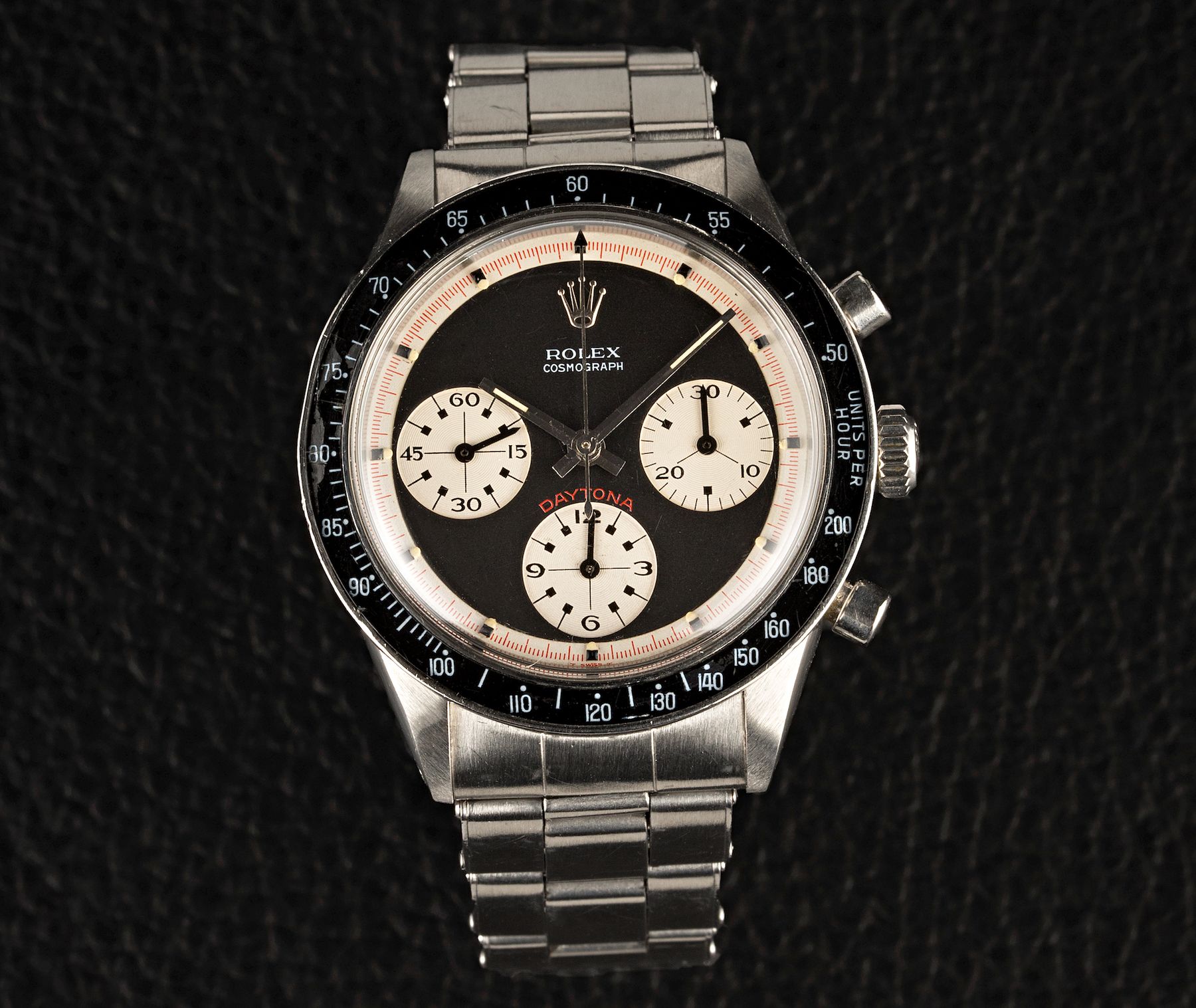 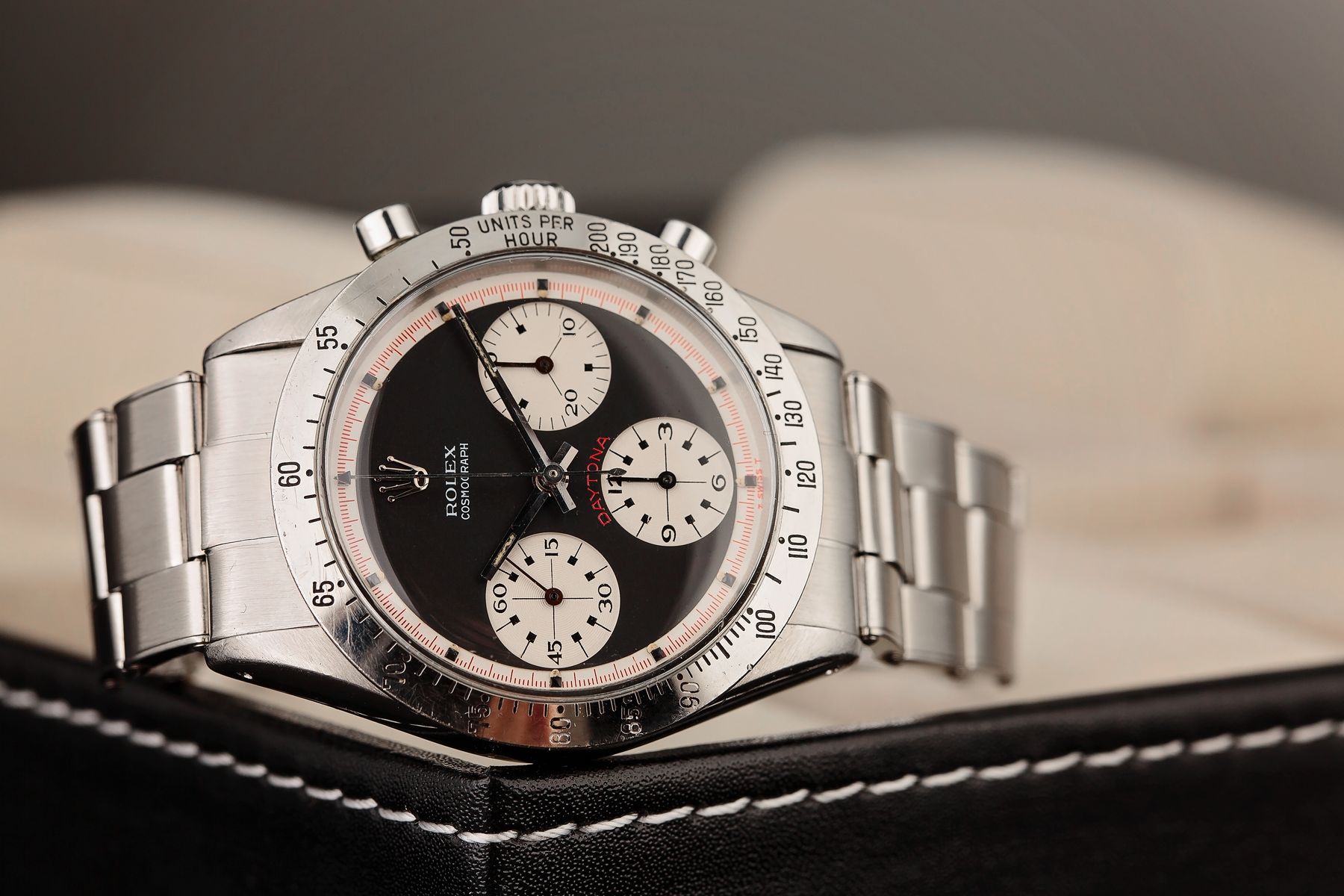 Founded in La-Chaux-de-Fonds, Switzerland in 1919, the Jean Singer & Cie manufacture quickly rose up the ranks to become a choice dial provider for some of the watch industry’s top names. Singer’s client list consisted of brands like Heuer, Omega, Universal Genève, Tudor, and of course, Rolex. Along with Singer, Rolex also outsourced dials from other dial manufacturers, including Stern (of Patek Philippe fame), Beyeler, Lemerich, and others.

Singer produced dials for several Rolex models, such as the Submariner, Datejust, and Daytona. The company was even responsible for the dial of the Yacht-Master prototype from 1965 (once owned by Eric Clapton). Singer dials made for Rolex watches are clearly marked on the back with an embossed Singer logo. 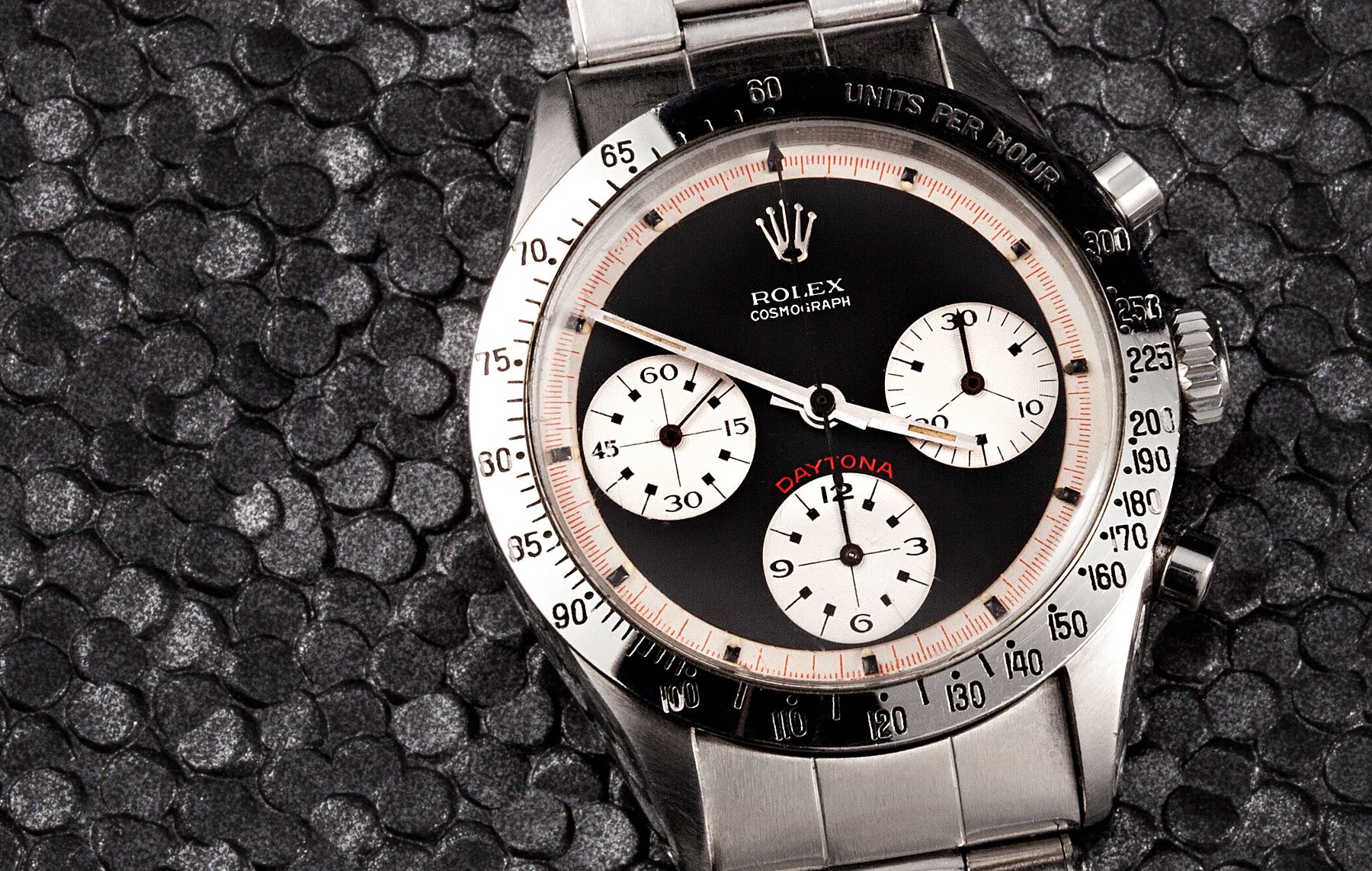 Without a doubt, the most famous dial designs to come out of the Singer workshops were those that found their way into Rolex Daytona chronographs. These were officially called “exotic dials” by Rolex but are now commonly known as “Paul Newman” dials by everyone else.

These “exotic dials” were made for Daytona chronographs starting in the 1960s, and they picked up the “Paul Newman” nickname later on because the famous actor wore a Daytona chronograph with that particular style of dial. He was often photographed with one around his wrist, often paired with a thick black leather bund strap. It’s rumored that Italian auction houses began calling these exotic variant models sometime in the late-1980s/early-1990s to boost slow sales. The bet certainly paid off as the value for manual-winding Daytona references fitted with exotic Singer dials took off.

The main traits that differentiate a “Paul Newman” dial from a standard Daytona dial include an Art Deco style font for the numerals, hash marks with square tips in the sub-dials, and the use of 15/30/45/60 numerals (rather than just 20/40/60) in the running seconds sub-dial. Additionally, there is a small step in the dial around the periphery, between the outer minute track and the central portion of the dial. Finally, similar to the stepped minute track, the three registers are also sunken into the dial.

There are two interesting things to note about these Singer “exotic dials” made for the Rolex Daytona. First, they were not particularly successful; the vast majority of buyers opted for standard dials, as the “exotic dials” proved to be a little too, well, exotic for the era. As such, Rolex made many more standard Daytona models than exotic ones, which explains why there are much fewer Paul Newman style dials in today’s vintage market. Of course, that rarity adds to the desirability and collectability of these particular Rolex Daytona watches.

The other intriguing point about Singer’s exotic dials is that they were not exclusive to Rolex. As mentioned, Singer had a long list of clients and similar dials were fitted into other watches such as ones from Vulcain, Wakmann, Nivada, and Lip. While these Singer dials are nowhere near as expensive, sought-after, or collectible as those found on Rolex Daytona, they do offer fantastic examples of that striking Singer dial design. 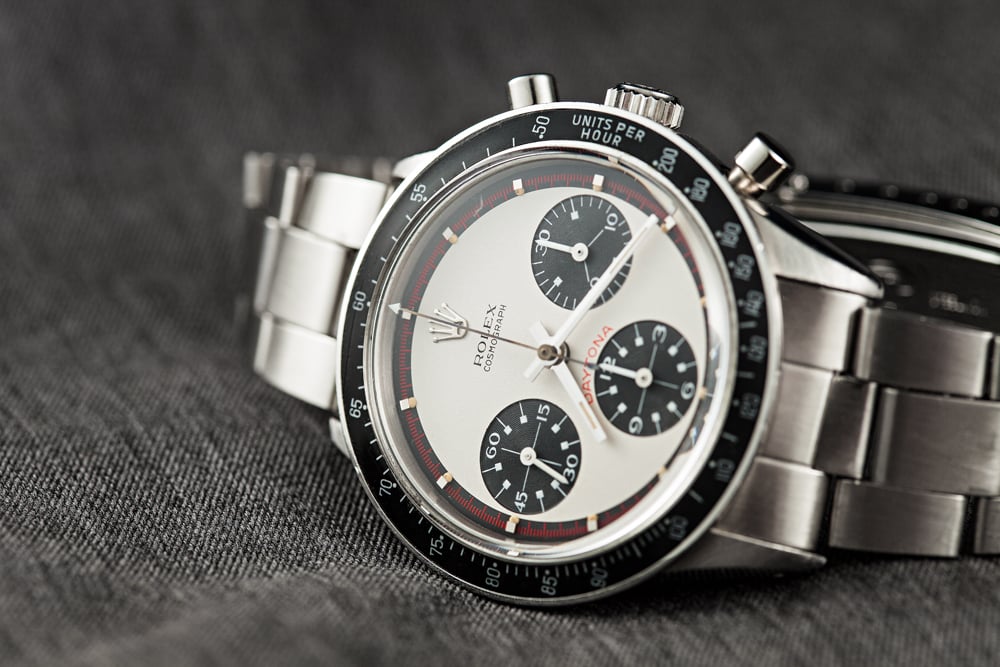 The fact that vintage Daytona watches with Singer-made “Paul Newman” dials are some of the most coveted and expensive vintage sports watches in the current secondary market is an incredible comeback story. Let’s not forget that Paul Newman’s own “Paul Newman” Daytona (a reference 6239 fitted with a three-color Singer exotic dial featuring a white background, black subdials, and a red minute track) broke the record for the most expensive wristwatch ever sold at auction, selling for a whopping $17.8 million in 2017.

Today, Jean Singer & Cie remains as one of the last independent dial manufacturers in Switzerland. In 2000, Rolex purchased the dial producer, Beyeler and now makes all of their dials in-house.

While Singer and Rolex may no longer have any business together, their historically important relationship not only paved the way for today’s thriving vintage Daytona market, but it was also responsible for the world’s most expensive Rolex wristwatch. 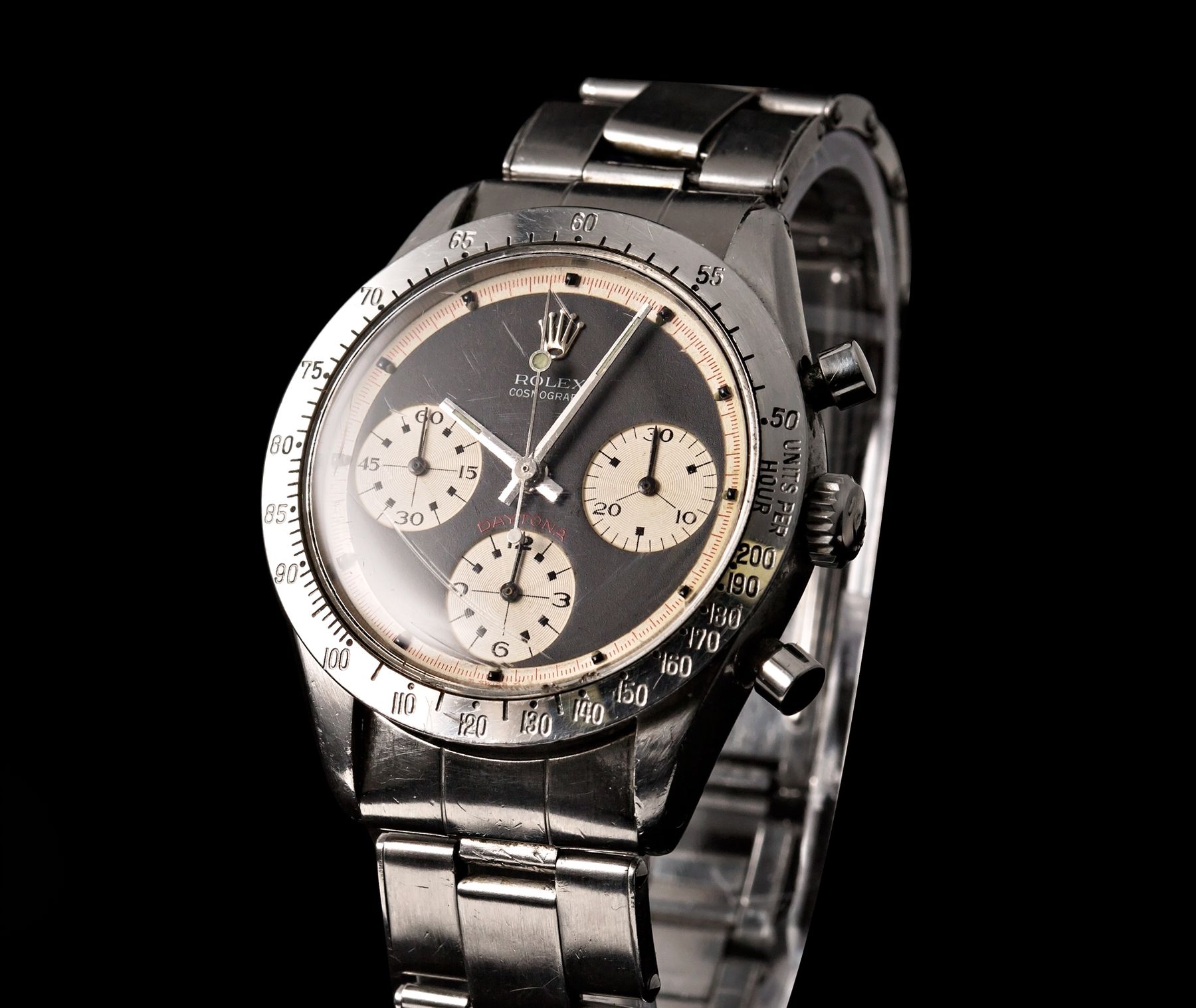