Then & Now: The Rolex Submariner

Initially introduced in 1953, the Rolex Submariner 6204 was the first wristwatch to be water-resistant to a depth of 100 meters. Although the Blancpain Fifty Fathoms was technically the world’s first dive watch, it was the Rolex Submariner that ultimately became the archetype of the modern dive timepiece. By employing the use of Rolex’s patented, screw-down crown and Oyster case, the Submariner was able to achieve a greater depth rating than the Fifty Fathoms, and also benefitted from more reliable, water-resistant seals.

Although it was not the first watch to be specifically designed for SCUBA diving, no timepiece has played a greater role in shaping and advancing the overall dive watch category than the Rolex Submariner. The Submariner ranks among the most iconic and widely imitated designs in the entire wristwatch industry, and nearly every dive watch manufactured today has in some way been influenced by the aesthetic and feature-set of the original Submariner.

Three different Submariner references were released within the first two years of its production; however the reference 6204 is widely considered to be the very first Submariner that Rolex ever put forward. Early Submariner references were largely based on the design of Rolex’s existing Turn-O-Graph watch; and as a result, the reference 6204 consisted of a 38 mm stainless steel case (without crown-guards) that was fitted with a black rotating timing bezel, a thick acrylic crystal, and Rolex’s now-iconic, “sport” dial. 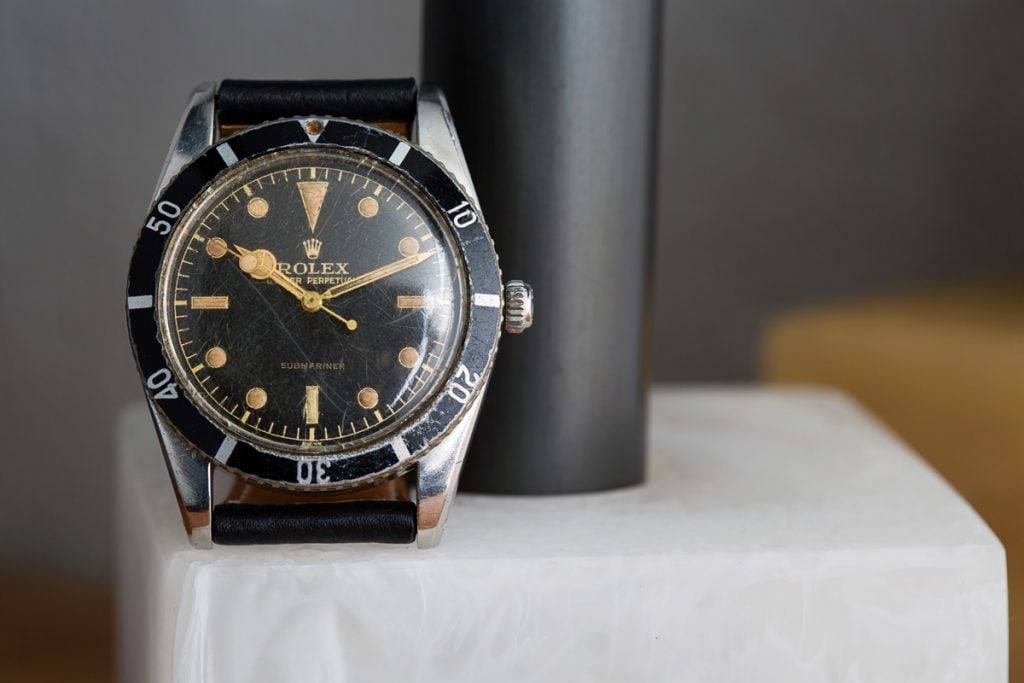 The Rolex Submariner 6204 is the modern diving watch’s predecessor.

For the first decade and a half of its existence, the Submariner was a highly water resistant, self-winding watch that was capable of displaying nothing more than the time of day with a running seconds hand. Due to its incredibly early place within the Submariner’s history, the reference 6204 pre-dated the introduction of “Mercedes” style hands, and instead was fitted with “pencil” style hands, like those found on the original Turn-O-Graph. Additionally, its friction-fitted, timing bezel rotated bi-directionally, and its aluminum bezel insert would frequently scratch and fade after prolonged use and exposure to saltwater and sunlight.

Although Rolex still manufactures the Submariner in a no-date format, the majority of contemporary Submariner references now feature a date complication at the 3 o’clock location, and an accompanying Cyclops magnification lens on their sapphire crystals. A variety of precious metal versions of the Submariner now exist; however the reference 116610 is the entirely stainless steel model (with a date display), and can be considered the contemporary equivalent of Rolex’s standard Submariner dive watch. 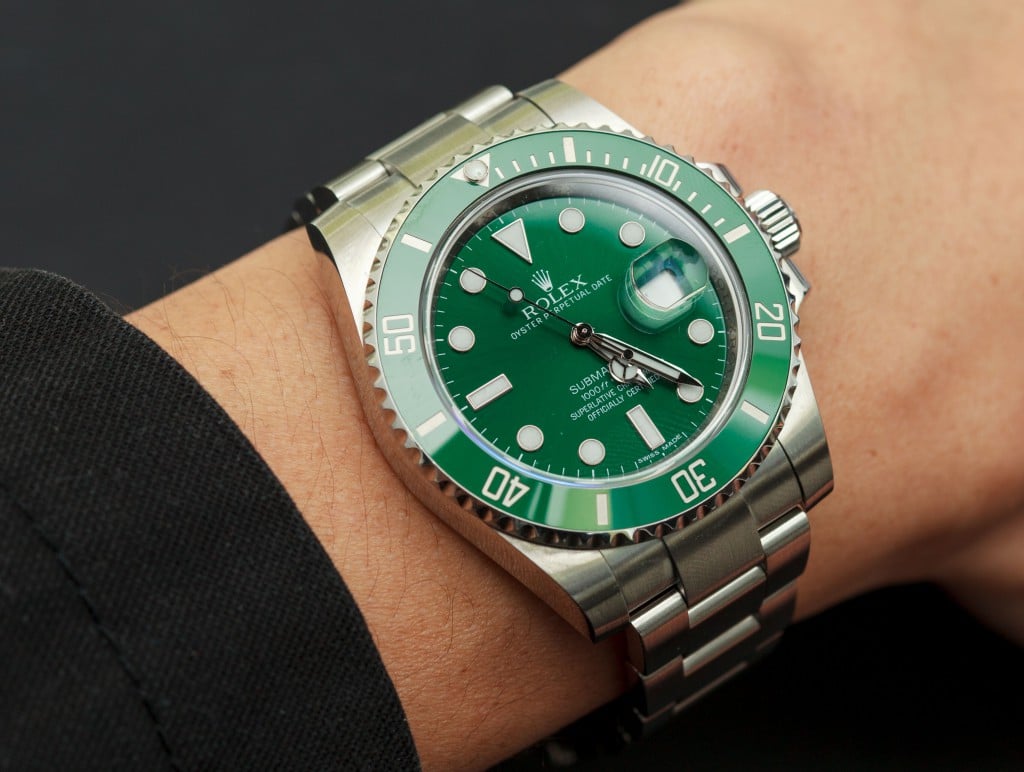 The reference 116610 has a diameter of 40 mm, and its redesigned case with thicker lugs and crown guards provides it with a noticeably larger and more angular appearance than previous Submariner references. Inside all contemporary, date-displaying Submariner watches beats one of Rolex’s tried-and-true, caliber 3135 movements, which now feature proprietary, blue Parachrom hairsprings for greater resistance to shocks and temperature variations.

True to its roots, the reference 116610 is manufactured with a black dial and a black bezel insert; however a version with a green dial and bezel insert now also exists as an option, which collectors have nicknamed “the Hulk” due to its thick case and all-green color profile. Possibly the most significant update to accompany the latest generation of Submariner watches is the change in bezel insert material. Instead of being craft from aluminum, which was prone to scratching and fading, modern Submariner bezel insert are now made from Cerachrom, Rolex’s proprietary ceramic compound that is virtually scratchproof and will never fade due to prolonged exposure to saltwater and sunlight.