Rolex produces a number of legendary models that represent cornerstone offerings within the luxury watch industry. These iconic models have existed for decades, and have both shaped consumer preferences and redefined the boundaries of mechanical timekeeping. Here are the Rolex watches that you need to know.

The quintessential Rolex; the quintessential luxury watch. The warm elegance of a Rolesor (two-tone) Rolex Datejust is recognized around the world. With its simple, often neutral-colored dial, its magnified date window at 3 o’clock, its iconic fluted bezel, paired with its unmistakable Jubilee bracelet, the fusion of gold and steel has never known a more enduring form.

Released in 1945, the Rolex Datejust was the first wristwatch to feature a jumping date complication. Nine years later, the recognizable “Cyclops” magnifier was added. Rumor has it, Rolex founder Hans Wilsdorf was compelled to make the addition when his wife complained that she was struggling to read the date. The Cyclops magnifier, which increases the size of the date display by around 2.5 times, is now a common feature on many Rolex watches.

Almost as famous as the watch itself, the Jubilee bracelet can be immediately identified by its 5-link design. It was named to commemorate the 40th anniversary of Rolex’s foundation (in 1905) when the Datejust first hit the shelves. The outer two links are larger and vertically grained, while the three center links are polished. In the Everose and Yellow Rolesor varieties, the outer links are made from 904L steel, and the center links 18 karat gold. 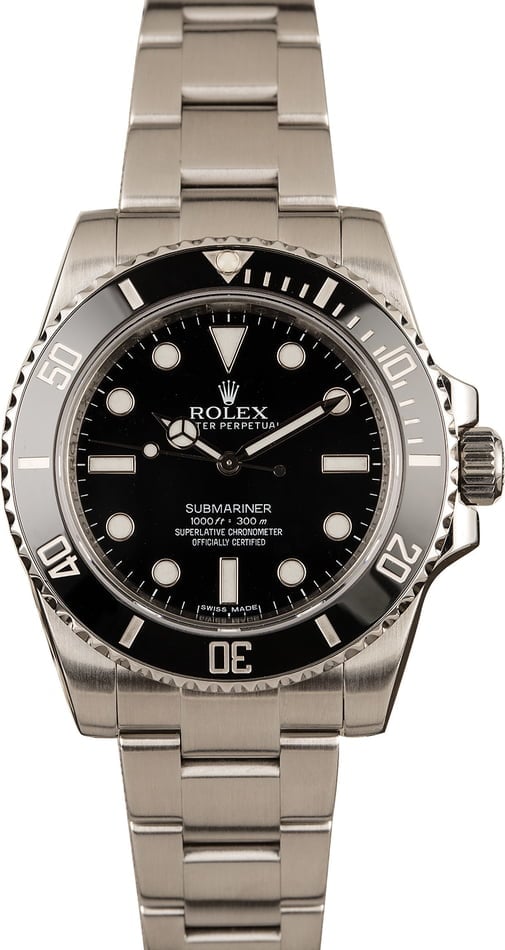 Perhaps the world’s most famous dive watch, the Rolex Submariner was launched way back in 1953 and has been the gold standard of submersible timepieces ever since. The easily-recognizable model has a uni-directional rotating timing bezel surrounding the face of the watch. This is used by divers for measuring elapsed time while underwater.

As an essential survival tool, the reliability of the Submariner has earned a worldwide reputation. Powered by the Cal. 3135 movement since 1988, the more recent iterations of this in-house caliber boast a special hairspring made from an alloy known as Parachrom. The Parachrom hairspring is highly resistant to magnetic fields and shocks, making it perfectly suited to the harsh environments such timepieces are often asked to endure. 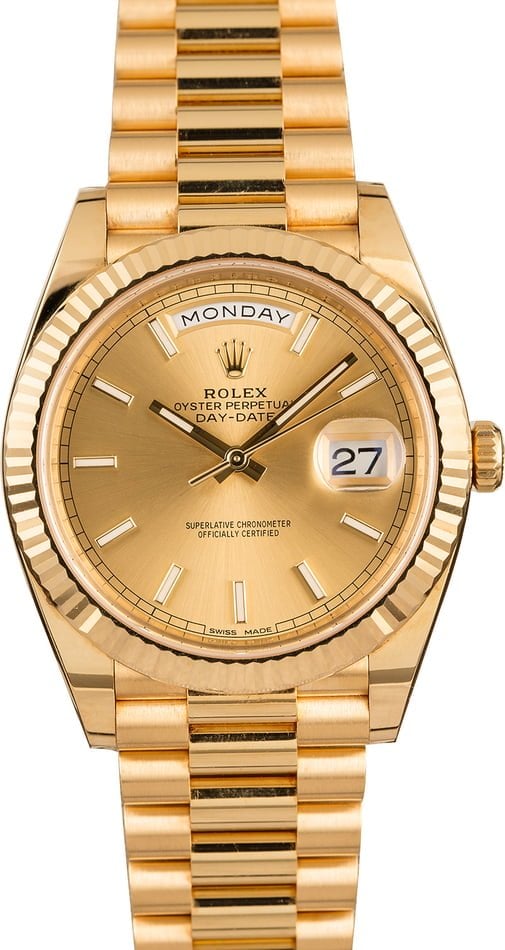 In North America, the Rolex Day-Date is often referred to as the “Presidential Watch”. Where this nickname came from is hard to pin down. You see, the official name of the Day-Date’s bracelet – the three-link, semi-circular design – is the President bracelet. Despite popular misconception, that moniker predates this watch being worn openly by a United States President.

The first Commander in Chief to don the Day-Date model regularly was Lyndon B. Johnson. It is believed that Marilyn Monroe bought LBJ’s predecessor (JFK) his very own Day-Date, but due to the somewhat delicate nature of their relationship, he was seldom known to wear it. Since Johnson’s time in office, the Rolex Day-Date has enjoyed a rarified reputation as the watch that keeps time for the most powerful human on Earth. 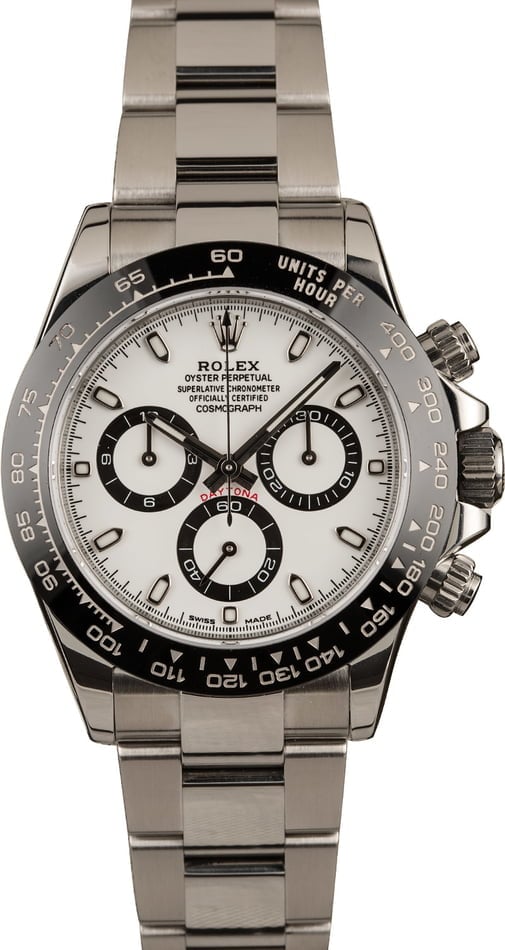 Up until 2019’s Only Watch Auction (held in Geneva on November 9th), the Rolex Daytona held the distinction of being the family that birthed the most expensive wristwatch ever sold at auction. That watch was the Rolex Daytona Cosmograph Reference 6239 bought for Paul Newman by his wife, Joanne Woodward. Unbeknown to Woodward at the time, the particular “Exotic” dial she picked out for her husband was not long for the market. Awful sales figures saw it discontinued, which meant the model Newman would go on to wear until he replaced it in the mid-eighties with a reference 6263, was as rare a beast as the man himself.

Newman’s name and image have been associated with the brand ever since. The Daytona, along with the GMT-Master II, is one of the hardest watches to find on the modern market, and waiting lists for the 904L stainless steel versions tend to be well over a year. The Rolex Daytona is the brand’s only extant chronograph and it is available in a variety of materials and colorways. And just in case you’re hankering for the model that once called Paul Newman’s wrist home, here’s what became of it: After donning the 6263 Daytona in 1984, Newman gifted the original 6239 to his daughter’s boyfriend. It eventually surfaced at auction in 2018 and sold for a whopping $17.8 million. So you’d better get saving… 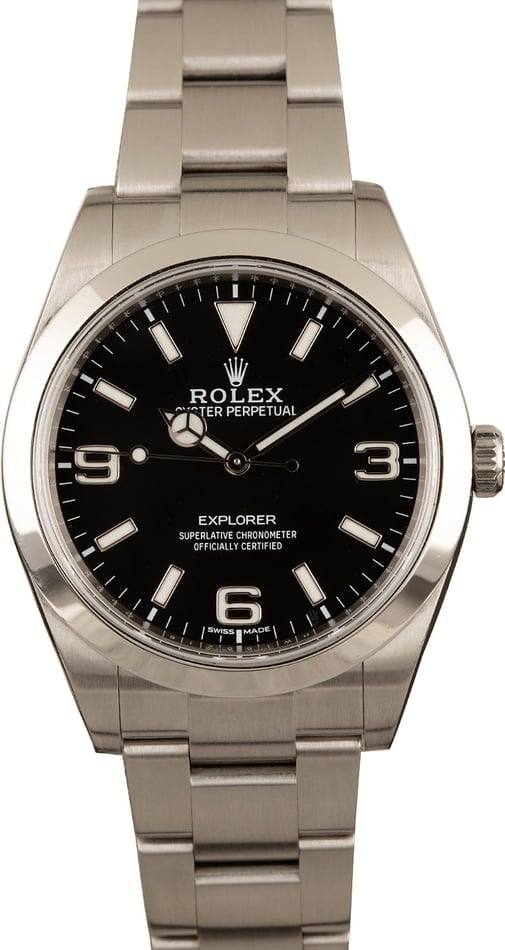 The Explorer is the original Rolex sports watch collection. First launched in 1953 to celebrate Sir Edmund Hilary and Tenzing Norgay’s successful summit of Mt. Everest, the original Rolex Explorer was a time-only watch with a black dial that was built to withstand demanding environments. By the early 1970s, Rolex released the Explorer II watch to be offered alongside the original Explorer, which offered the additional functionality of a fixed 24-hour bezel and a GMT hand (orange in modern Explorer II models and red in most older versions).

As far as evolutions go, the jump from the Explorer to the Explorer II was massive; however, the Explorer II was not a replacement, but rather an addition to the collection. The original Explorer is smaller, uses Arabic numerals on the dial for the 3, 6, and 9 markers, and does not have GMT functionality. This collection is linked more by soul than style, but both models have bags of both, and both remain in the current Rolex catalog as top choices for adventurers and those who need a rugged and reliable timepiece for the outdoors. 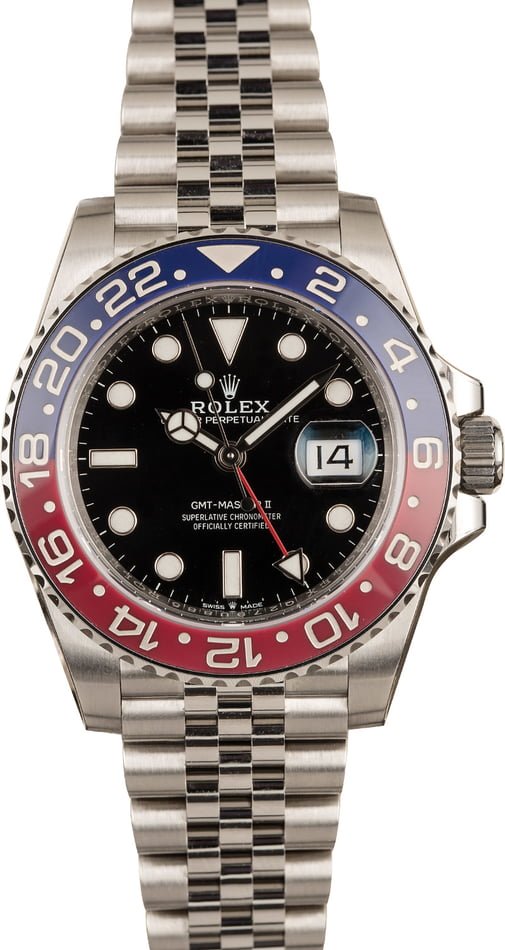 The GMT-Master family was first released in 1955, but it wasn’t until the debut of the GMT-Master II in 1982 that this model really took off (pun intended…). Conceived as a tool enabling Pan-Am Airline pilots to keep track of two time zones, the original reference 6542 was briefly fitted with a bakelite 24-hour bezel with glowing radium numerals in the iconic red and blue colorway. Although the radioactive bakelite inserts (which are susceptible to cracking) were replaced with an aluminum bezel insert the following year, the color scheme remained. Initially, the red and blue divide was intended to distinguish between day and night, but the “Pepsi” colorway, as it came to be known has since taken on a life of its own.

There are few watches that can boast the status boost afforded the wearer of a Rolex GMT Master II in 904L stainless steel and Jubilee bracelet. As such, getting hold of one can be…difficult (to say the least). Waiting lists for these pieces frequently stretch to multiple years in length, and such lists are rarely served on a first-come, first-served basis. A long and faithful pedigree as a Rolex customer is the quickest and easiest route to ownership, and that kind of relationship, just like Rolex’s unparalleled reputation, isn’t something that is born overnight.

Previous Article How to Style Rolex Watches with Your Favorite Suit
Next Article Standing the Test of Time: The Rolex Datejust Review