On the surface, Panerai has three main watch case shapes: Radiomir, Luminor, and Submersible. However, if we dig a little deeper, we’ll quickly see that there are variations of these main case styles that warrant their own sub-collections. For example, at a glance, the Panerai Luminor and the Luminor 1950 cases look identical. However, it’s all about subtle details here, and if we compare the case of the standard Paneri Luminor to the case of the Luminor 1950, there are a handful of differences to note. 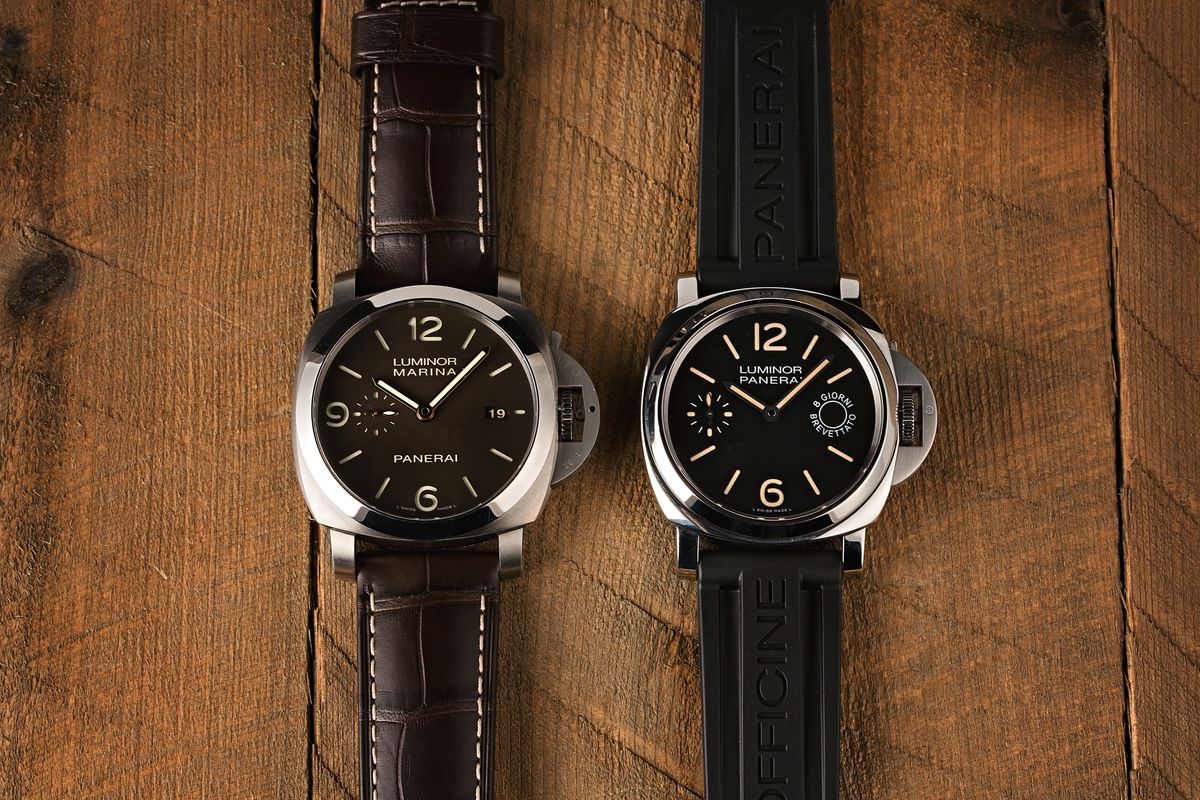 The Origins of the Panerai Luminor Watch

During the first part of the 20th Century, Panerai had established a working relationship with the Royal Italian Navy, the Regia Marina, to outfit combat divers with diving watches. Post-World War II, the monarchy was abolished by popular referendum and Italy became a democratic republic. With the birth of the Italian Republic, the Regia Marina became the Marina Militare (Military Navy). Despite the changes to the Italian government and military, Panerai continued supplying the nation’s navy with watches.

However, the radium-based paint that Panerai patented as “Radiomir” in 1916 to use for luminescence on its watches proved to be highly radioactive and dangerous. So in 1949, Panerai patented another self-luminous substance, this time based on safer tritium, and called it “Luminor.” 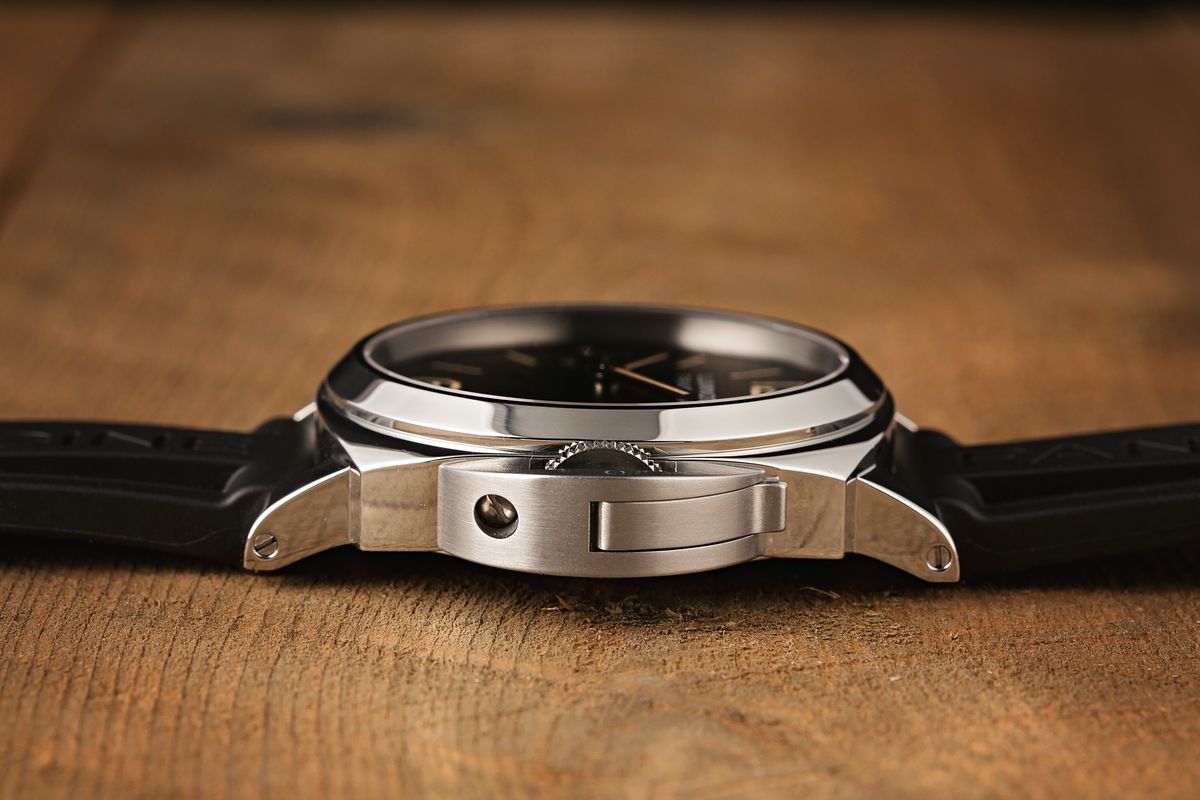 Along with evolving the lume used on the dials, Panerai also presented an evolved watch case design. In 1950, the mammoth 47mm cushion-shaped case with thick lugs that Panerai debuted the previous decade was now fitted with a protective bridge over the winding crown. This large crown guard mechanism is operated by a small lever that pushes the crown securely into the case to create a watertight seal when locked and releases the crown for winding and setting when unlocked.

By the early 1990s, Italy reduced its military expenditures, which threatened Panerai’s business since its revenue was dependent on the needs of the navy. Panerai was forced to pivot and turned to the civilian market to sell its watches. In 1993, Panerai debuted three watch models to the public including one called the Luminor. The maiden Luminor was a modern take on the vintage Panerai watches from the fifties, complete with the half-moon crown guard mechanism protruding from the right-hand side of the 44mm cushion-shaped case. The Panerai Luminor watch quickly became the brand’s flagship watch model.

In 2002, (by this time, Panerai already belonged to Richemont), Panerai released a limited edition watch in the form of the Luminor PAM 127. This was a faithful replica of the 1950’s Panerai 6152/1 watch, including the 47mm cushion-shaped case modeled after the original reference, a highly domed crystal shielding the dial, and of course, the crown protecting device. Panerai also added “1950” on the black time-only dial to remind people of the watch’s vintage origins. The success of the PAM 127—now affectionately known as the “Fiddy”—laid the groundwork for the following Luminor 1950 collection. 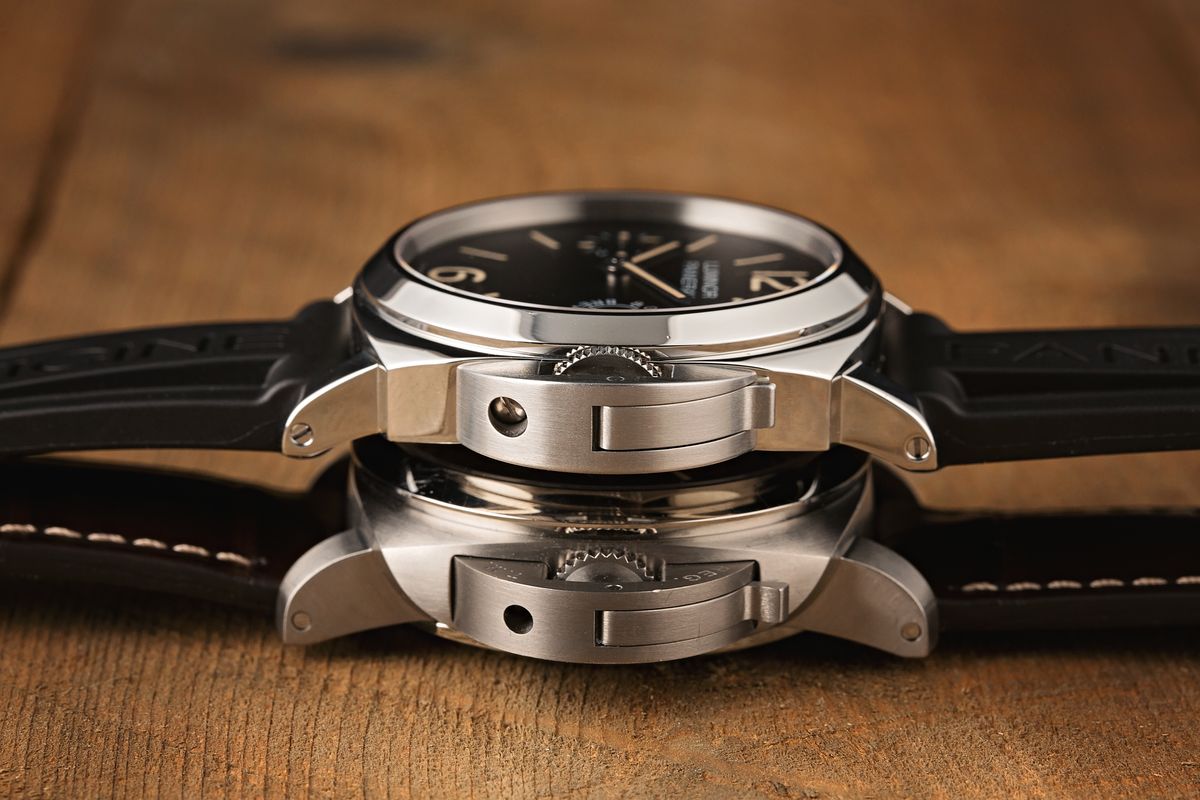 If you look at the Luminor and the Luminor 1950 from the front, they appear to have near-identical cases. However, when viewed from the side, the differences immediately reveal themselves. The Luminor cases (sometimes referred to as “Bettarini cases,” named after Alessandro Bettarini, who was the head of Panerai’s mechanical design department in the nineties) have shorter lugs, a downward sloping case band, and a flatter crystal. The profile view of the Luminor is streamlined, following a simpler arch from the tip of one lug to the tip of the opposite lug.

On the other hand, a profile view of the Panerai Luminor 1950 case reveals longer lugs, a U-shaped case band, and a domed crystal to mimic the acrylic crystals used on vintage models. Thanks to the U-shaped middle section, the case structure of the Luminor 1950 is more elaborate than its “Bettarini” counterpart. 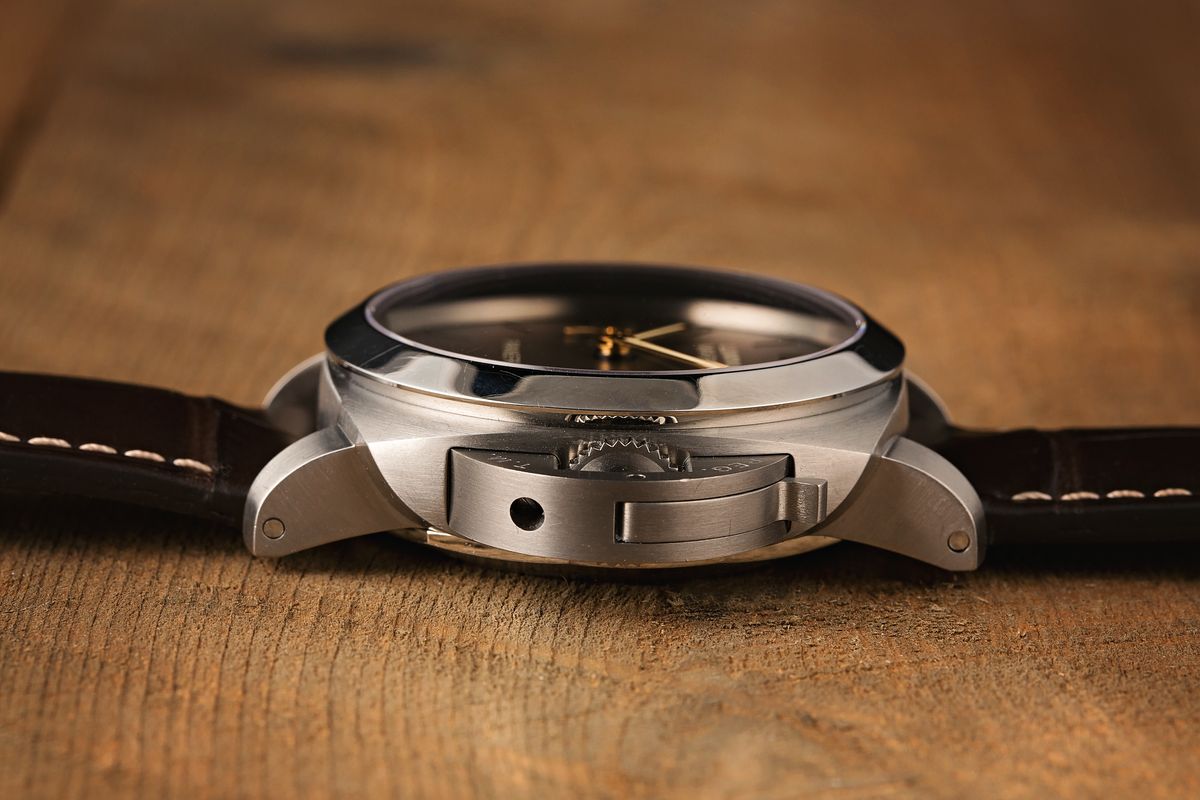 A quick way to differentiate between the Panerai Luminor and the Luminor 1950 if you’re looking at them straight on without the option of a side view, is that the crown guard device on Luminor 1950 watches is marked with “R.E.G. T.M” while the ones fitted to the standard Luminor are not. Furthermore, though not a hard-and-fast rule, Luminor 1950 cases generally have transparent display casebacks while Luminor cases are covered with a solid caseback.

Overall, while both the Panerai Luminor and the Luminor 1950 are based upon the Panerai 6152/1 watch from 1950, the former features a looser and more modern interpretation of the case while the latter adheres far more closely to the original. 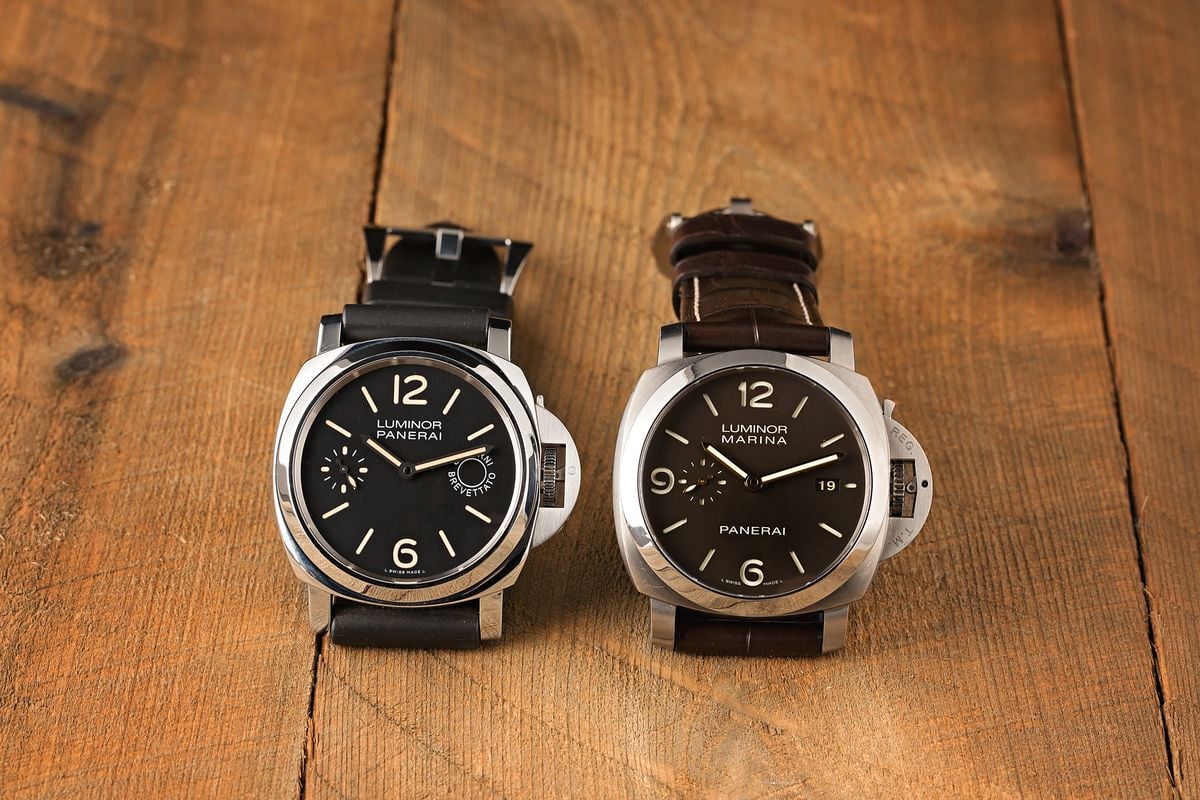