Rolex Submariner 116610LN: The Only Watch You Need

One of the most recognizable watches in the world is the Rolex Submariner in stainless steel. The model first debuted in 1953 in full steel, and although several metal options including solid gold and two-tone have since been added to the collection, it is the stainless steel versions that remain the most popular and sought-after.

The Rolex Submariner ref. 16610 held the title of being the most successful model for nearly twenty years before it was discontinued and replaced in 2010 with the current generation ref. 116610, which is the topic of our review today. The ref. 16610 was only produced with an aluminum bezel insert that was replaced with a ceramic option with its 6-digit predecessor. This upgrade, along with an overall more contemporary design, has made the Rolex Submariner 116610 one of the hottest watches on the market. 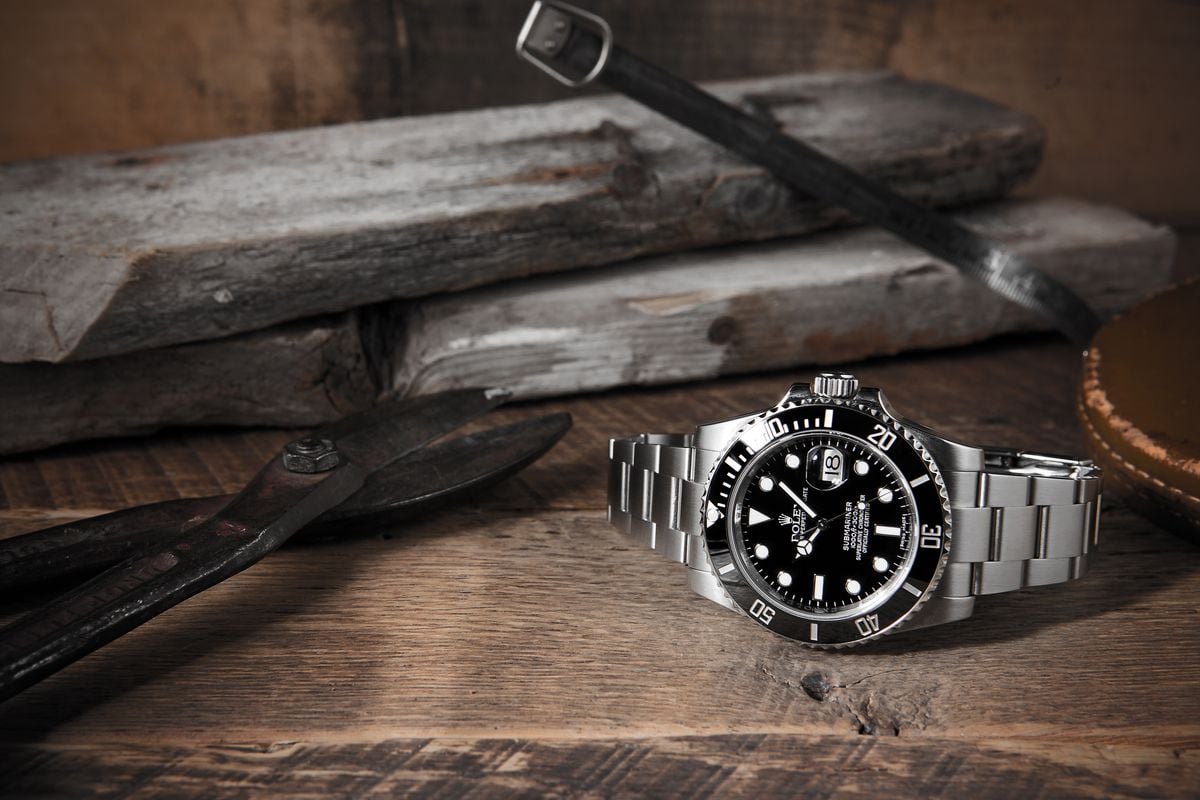 The Rolex Submariner was originally developed as a professional diver’s watch, and when it hit the market in 1953, it was the first wristwatch in the world to offer a water-resistance rating of up to 100 meters. Today, the Submariner has evolved in a number of different ways, and now offers a 300-meter depth rating, yet it still remains immediately identifiable as the same dive watch that first debuted more than a half-century ago.

While most collectors will never find themselves 300 meters below the surface of the ocean, the ingenuity required to accomplish such a feat (and the peace of mind such water resistance provides) has earned the Rolex Submariner much adoration among watch collectors. Every aspect of the ref. 116610 was also designed for easy use while in the water, from its large, highly-legible display on the dial to the smoother and more secure unidirectional bezel mounting. 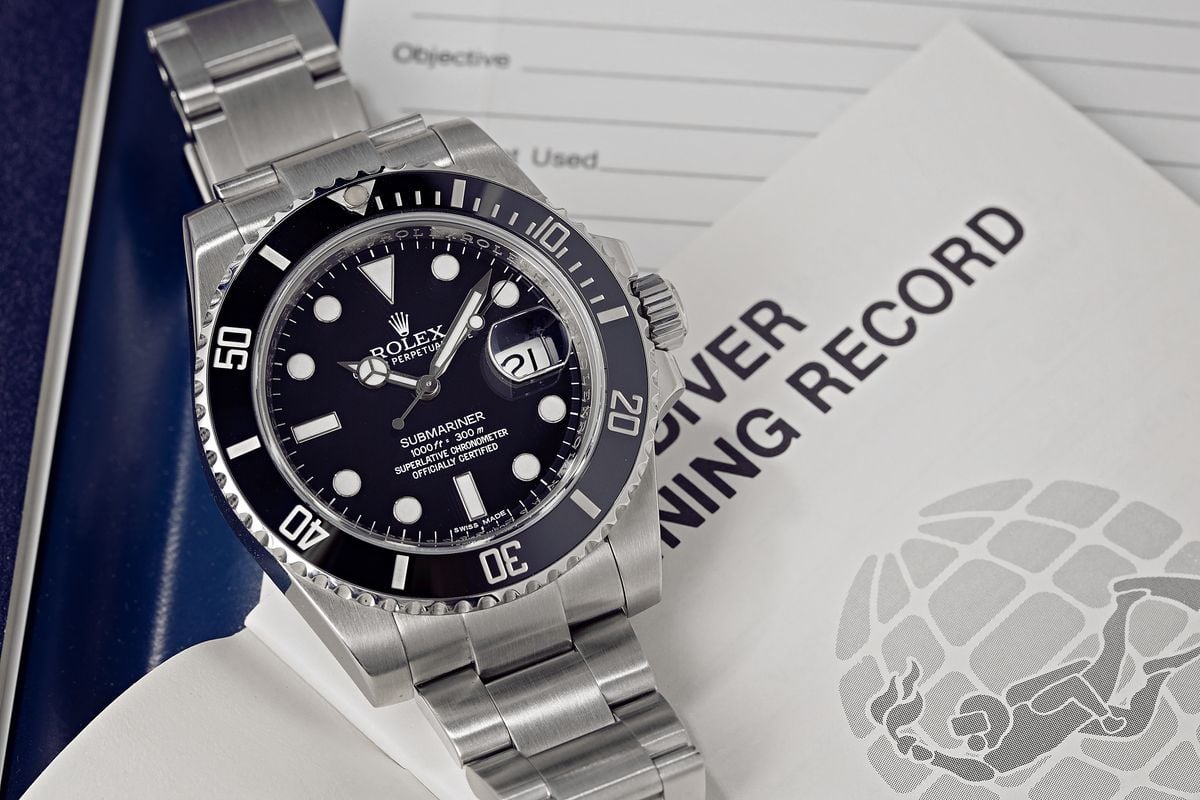 The Case and Bracelet

Side-by-Side, there is a noticeable difference between the reference 116610 and the 16610. While they are very similar in design with an all-steel finish and a black dial and bezel, the ref. 116610 is much more modern. The ref. 116610 brought with it a newer case design – which referred to by collectors in-the-know as the “Super Case”.

While it maintains a standard 40mm diameter, the larger crown guards and thicker lugs give it a noticeably larger overall appearance on the wrist. The case also includes the highly anticipated “Cerachrom” bezel upgrade, which is crafted from a tough and proprietary ceramic material that is advertised by Rolex as being highly anti-corrosive and virtually scratch-proof. 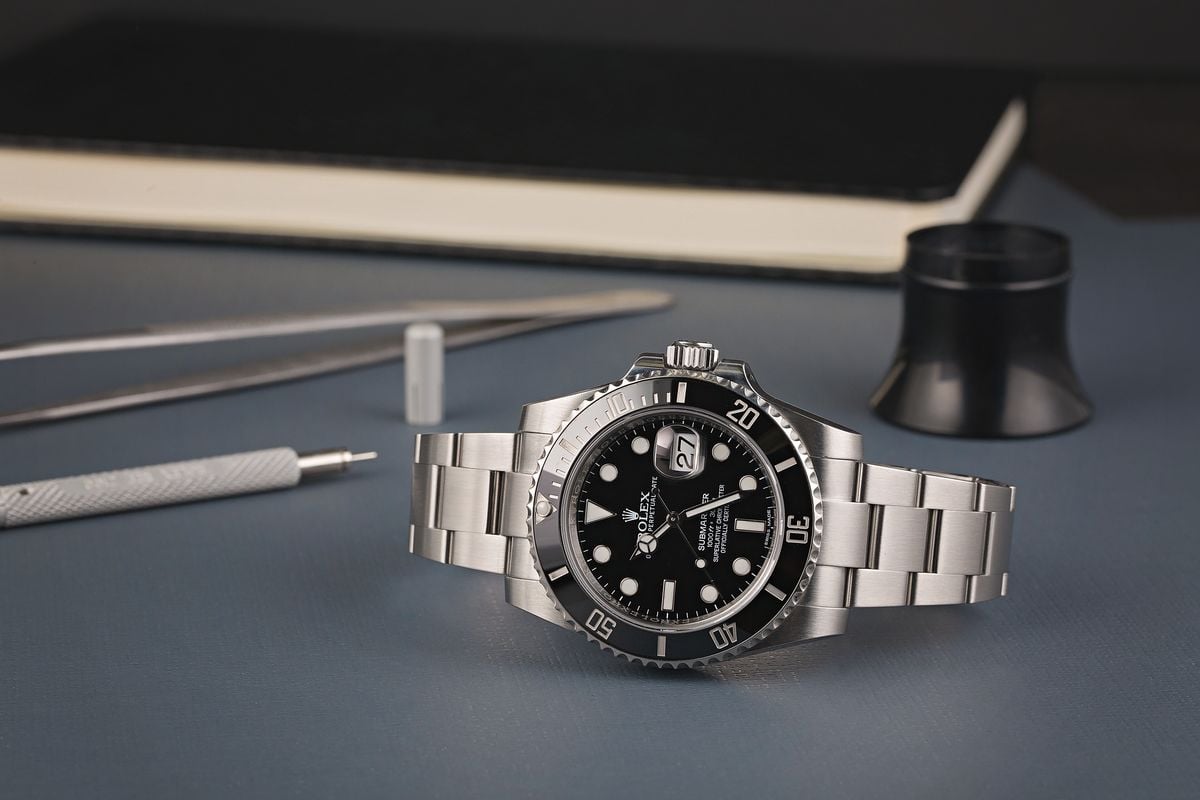 Together with the highly resilient 904L-grade “Oystersteel” used on the case and bracelet, this edition of the Rolex Submariner will hold up much better against saltwater than most watches on the market that are crafted from traditional 316L stainless steel. Beyond its superior corrosion resistance, 904L stainless steel is also able to take on a brighter polish than traditional stainless steel alloys, allowing for a unique and luxurious appearance on the wrist.

Like any other contemporary Rolex watches, the case of the ref. 116610 Submariner also features a sapphire crystal with an anti-reflective coating and a “Maxi” display on the dial with larger luminous hands and hour markers. On newer editions of the ref. 116610LN, the dial and hands are filled with Rolex’s proprietary Chromalight to provide the watch with its luminescence. Unlike Super-LumiNova lume, which was used on previous versions of the Rolex Submariner and emits a green glow, Chromalight glows a bright blue color in the dark, and is said to last longer than traditional lume. 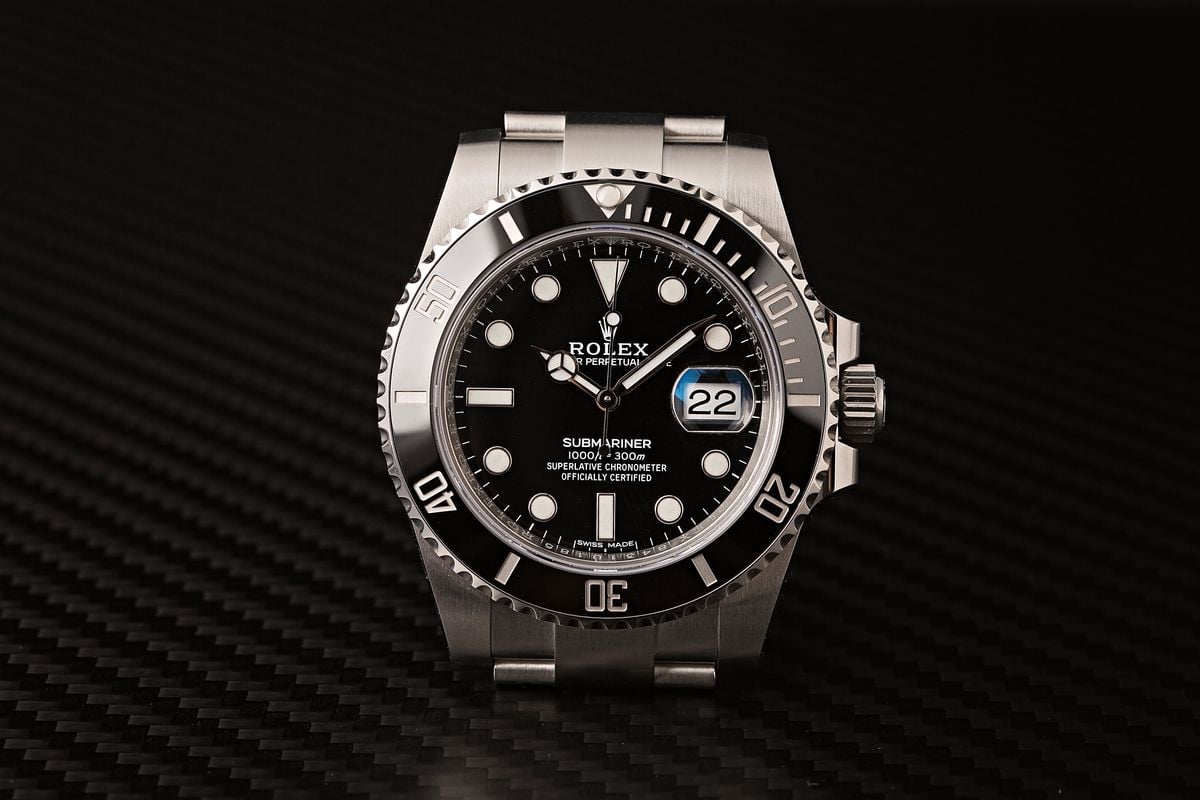 When the ref. 116610 was introduced, it received a notable bracelet upgrade with a sophisticated Glidelock extension system built within the clasp. Unlike other dive watch clasps on the market, the Glidelock offers a much sleeker profile under the wrist, and allows for on-the-fly incremental adjustment.

The concept behind its design is that it allows the wearer to micro-adjust the length of the bracelet without the use of any tools, making it easy to fit the watch over the sleeve of a wetsuit on the spot. If you aren’t an avid diver, this feature is also a convenient way to adjust your watch as your wrist fluctuates in humid weather. Whether you’re diving or not, the Glidelock is a very functional addition to the newer-model Submariner and is a big selling point for the watch.

Overall, the current Rolex Submariner fits nicely on most wrist sizes with a somewhat slim profile and a bracelet that balances the case nicely on the wrist. If you’re in the market for a sensible, all-occasion sports watch that will also stand the test of time, you can’t go wrong with the Rolex 116610 in Oystersteel with a black dial and bezel. 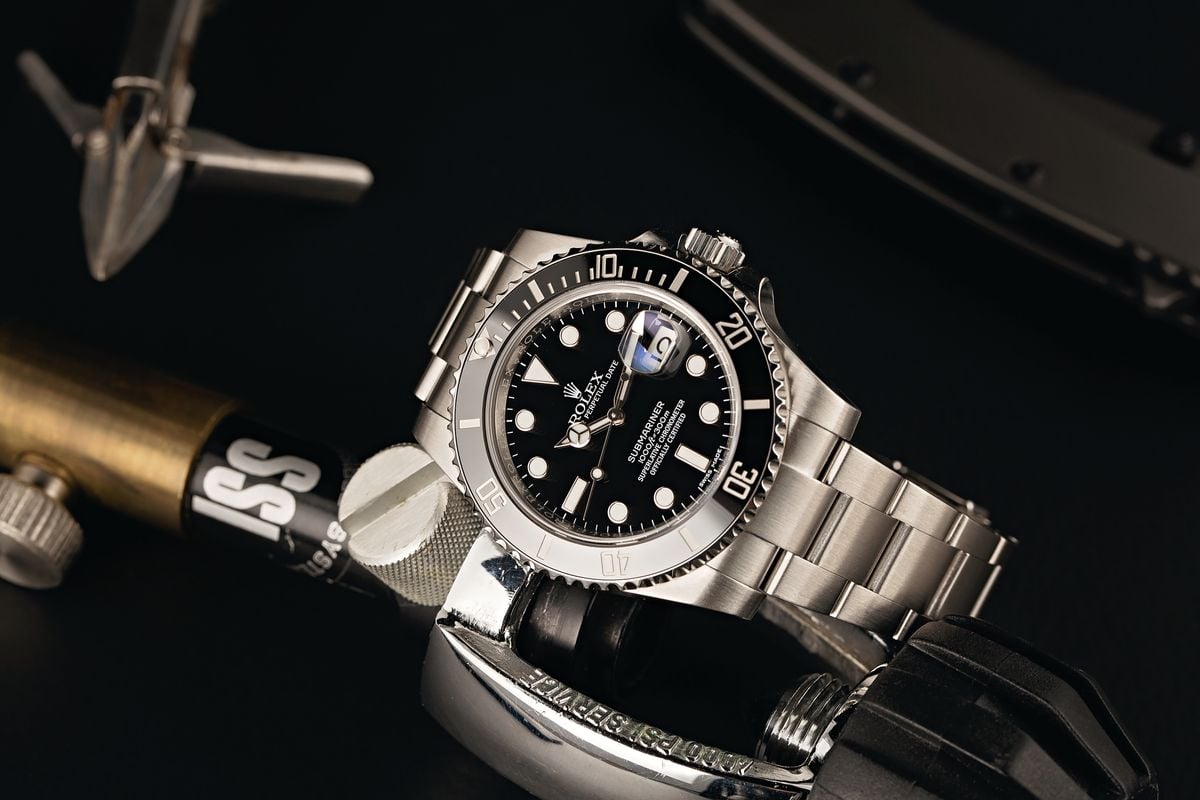 The Submariner 116610 is powered by Rolex’s Caliber 3135 Perpetual movement, which has been a staple of their catalog for decades. The brand’s movements are known for being straightforward and reliable, and the Cal. 3135 does not disappoint. The 31-jewel movement features an antimagnetic blue Parachrom hairspring for a smooth reading and a convenient 48-hour power reserve.

Of course, like most contemporary Rolex movements, it is also self-winding and features an automatically changing date display. It’s also important to note that the Caliber 3135 is chronometer-rated, a certification that is reserved for the most precise movements on the market. In short, if you properly service and care for the Rolex Submariner 116610, the movement should continue to produce accurate readings for several lifetime of wear. 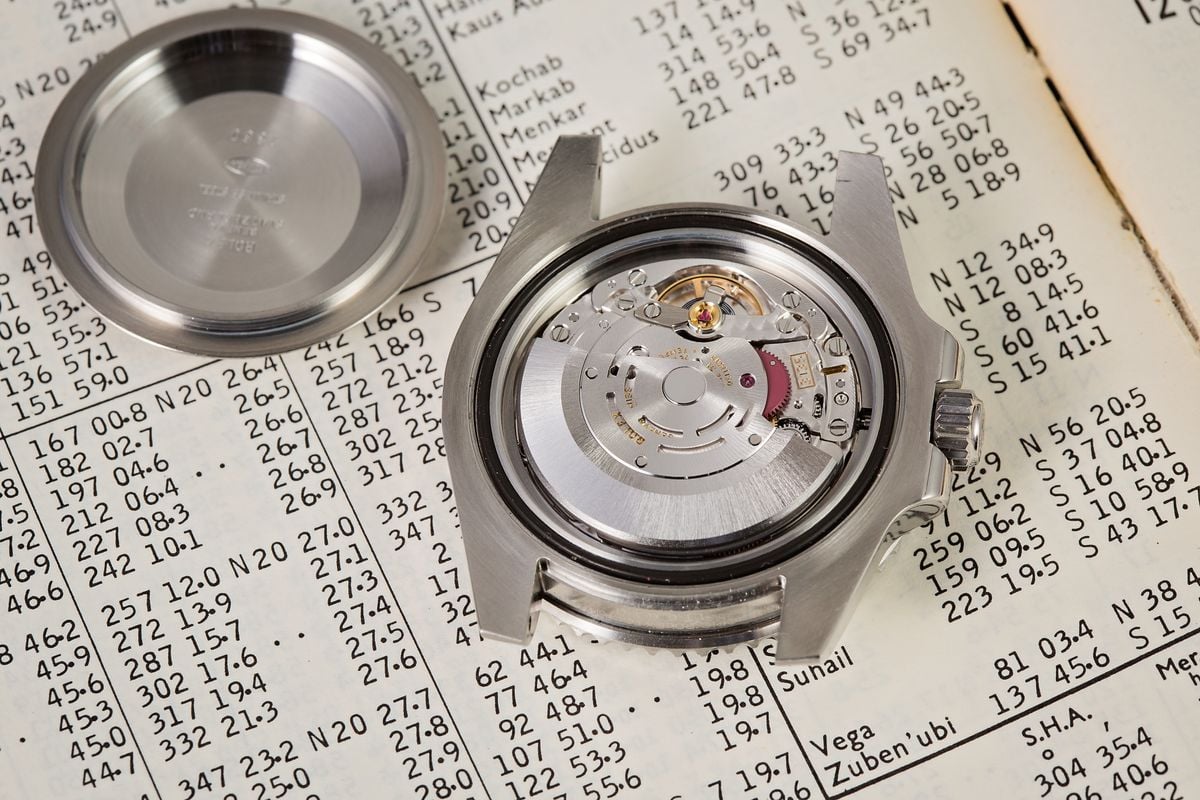 At retail, the ref. 116610 sells for $8,950, which was recently increased from $8,550 during Rolex’s much-talked-about price hike in January 2020. On the secondary market, that price is a bit higher as stainless steel Rolex watches are highly sought-after and are completely sold out at authorized dealers with multi-year waiting lists at most locations. On average, you can expect to pay around or just under $10k on the pre-owned market, which still represents an excellent deal for one of the most iconic luxury watches of all time.

Unless you’re willing to join a lengthy waitlist to purchase one at retail, your best bet is to shop on the used Rolex market. Every watch sold at Bob’s Watches is 100% certified pre-owned, which means that every single part, inside and out of the watches we sell is entirely genuine. There is no better place to find the perfect used Rolex Submariner 116610 for your wrist than our online store, so shop our latest new arrivals today before someone else buys the one you want first! 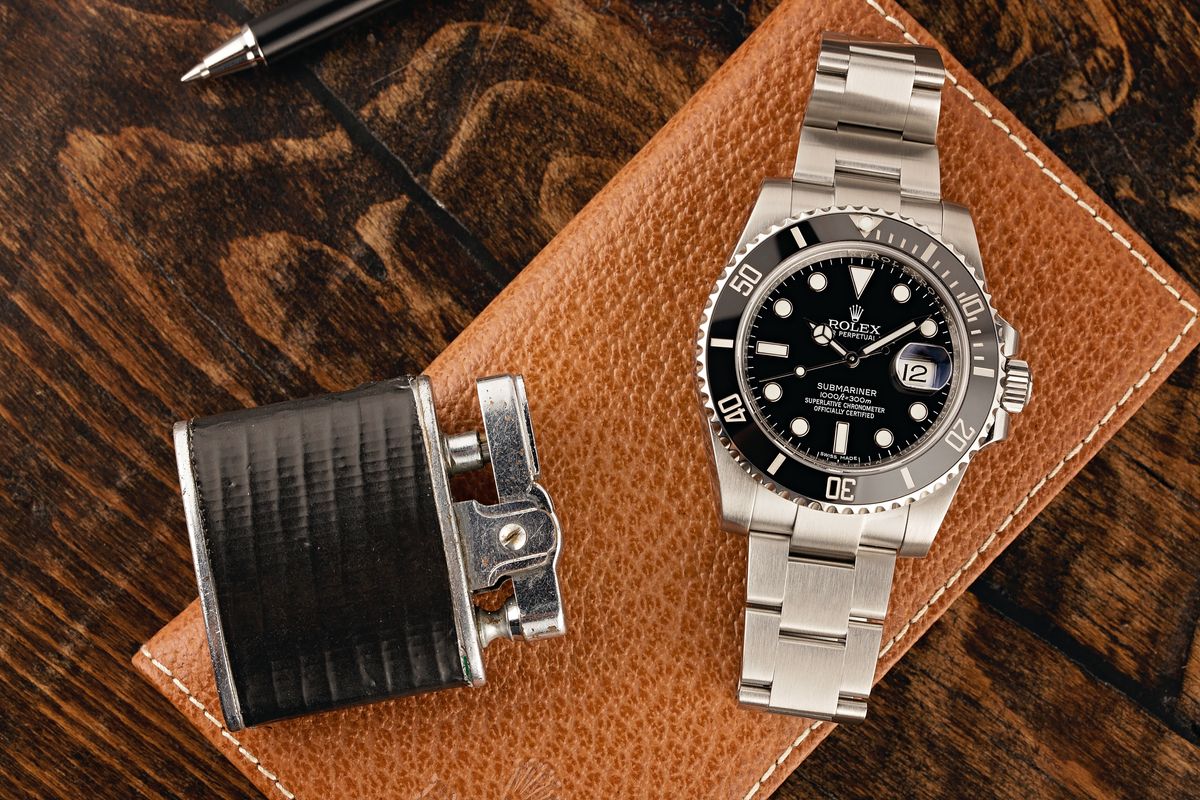