No, It’s Not an Oysterquartz, It’s The Rare Self-Winding Rolex Date 1530

At first glance, this Rolex watch may look like a battery-powered Oysterquartz. After all, it has the characteristic Oysterquartz silhouette made up of an angular Oyster case and integrated Oyster bracelet. However, a closer look at this vintage Rolex reveals that it has, in fact, a mechanical movement working away beneath that seventies-style case. Meet the rare automatic Rolex Date ref. 1530. 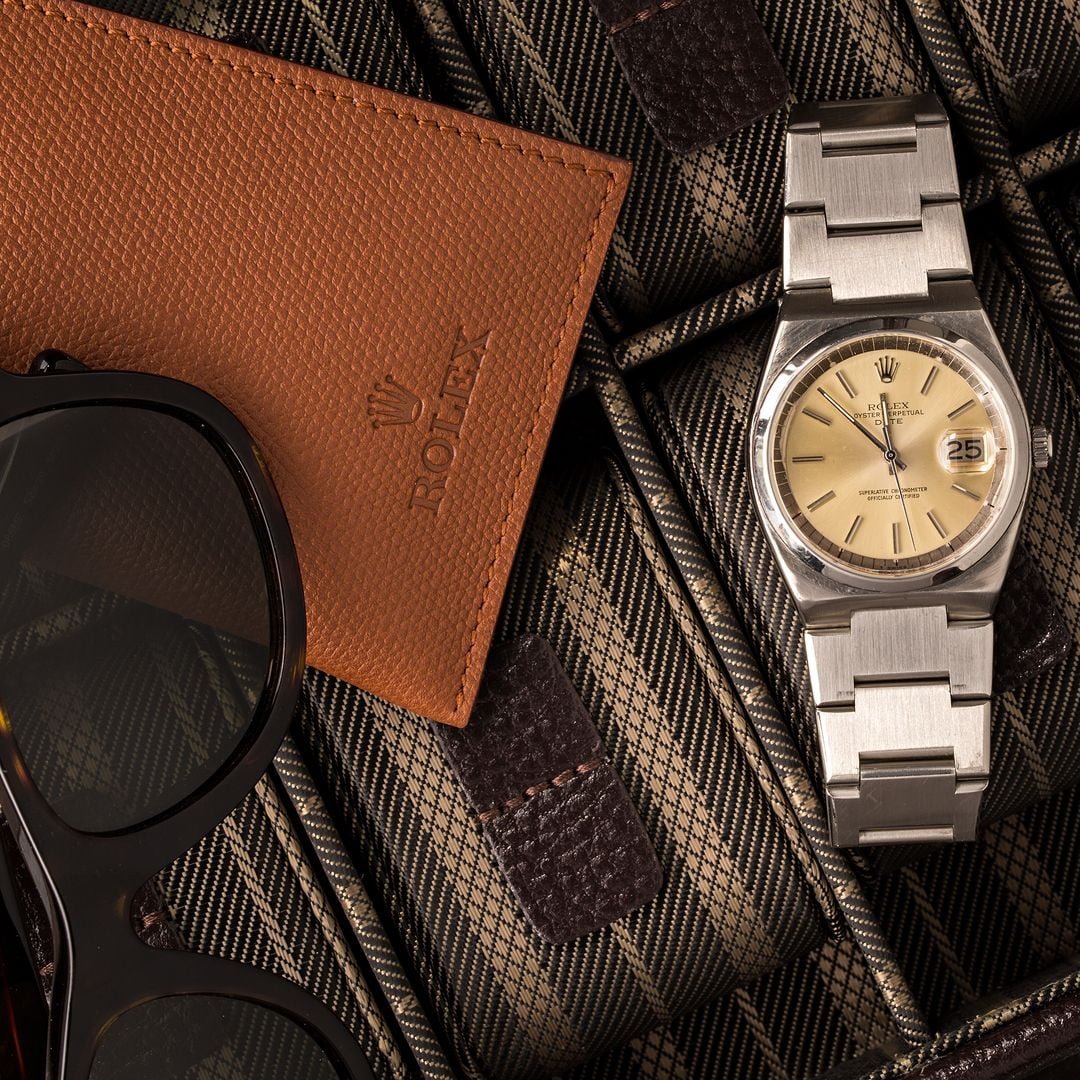 A Rolex Date 1530 looks similar to an Oysterquartz, but is actually a mechanical watch

In the 1960s, Rolex joined a consortium of Swiss watchmakers called the Centre Electronique Horloger (CEH). Made up of about 20 notable maisons, including the likes of Patek Philippe, Omega, and Piaget, the goal of the group was to produce a quality Swiss-made quartz movement. A tall order, especially since the Japanese quartz watches had been aggressively eating up market share.

As a result, the Beta-21 quartz caliber was unveiled in 1969, and 6,000 pieces were distributed amongst the group of twenty. This is the movement that powered the Omega Electroquartz, the Patek Philippe Cercle d’Or, the Jaeger-LeCoultre Master-Quartz, and the Rolex ref. 5100. However, many of these watch brands were used to making (or at least heavily modifying) their own movements. Therefore, some CEH members, including Rolex, abandoned the project to focus on creating in-house quartz calibers. 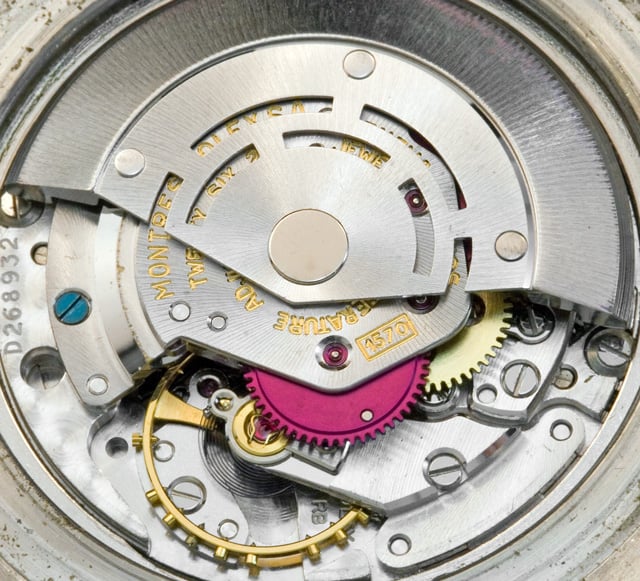 Rolex wanted to put an Oysterquartz movement in this watch, but the technology hadn’t been perfected yet

While it took Rolex five years to research and develop their own Oysterquartz movements, the company already had a case and bracelet ready. So Rolex did what any reasonable company would – they put a working movement in the case and sold it. The result? A 1570 caliber movement housed in what would eventually become the Oysterquartz case.

The stainless steel Rolex Date ref. 1530 flaunts a Gerald Genta-esque vibe with its round smooth bezel sitting on top of a sharp-cornered case. The 36mm Oyster case was fitted with an integrated bracelet—a highly on-trend design during that period. 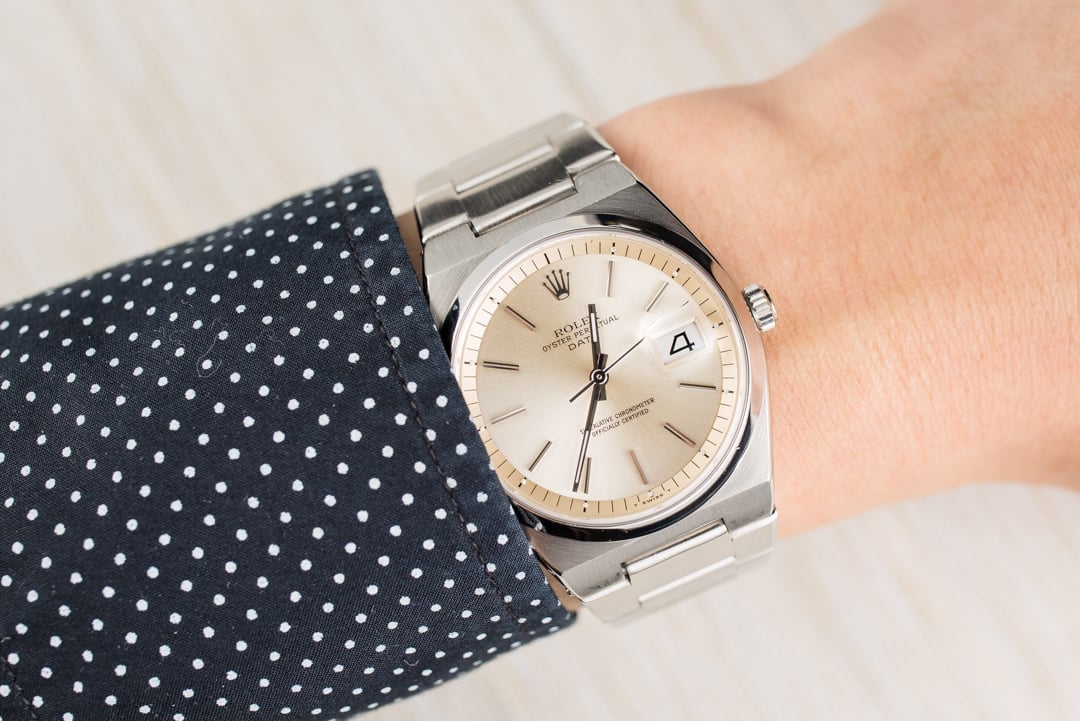 The dial has developed a fantastic patina over the years and houses silver stick indexes along with the date window at 3 o’clock. In an interesting twist, Rolex placed the minute track and lume plots on the rehaut rather than directly on the dial. This adds more depth to the face of the watch. Also on the dial, we see the “Superlative Chronometer Officially Certified” label thanks to the COSC-certified Caliber 1570 beating inside the watch.