It’s hard to find a more perfect metaphor for Rolex as a brand than their own two-tone metal combination known as Rolesor. The term, patented by the company all the way back in 1933, describes the meeting of two metals, 18k gold and stainless steel, brought together into a single design.

Combining an industrial-like strength with that most exalted of the precious metals results in an overall aesthetic of an exquisite piece of jewelry that is tough and resilient enough to be worn every day—the very essence of the Rolex spirit. 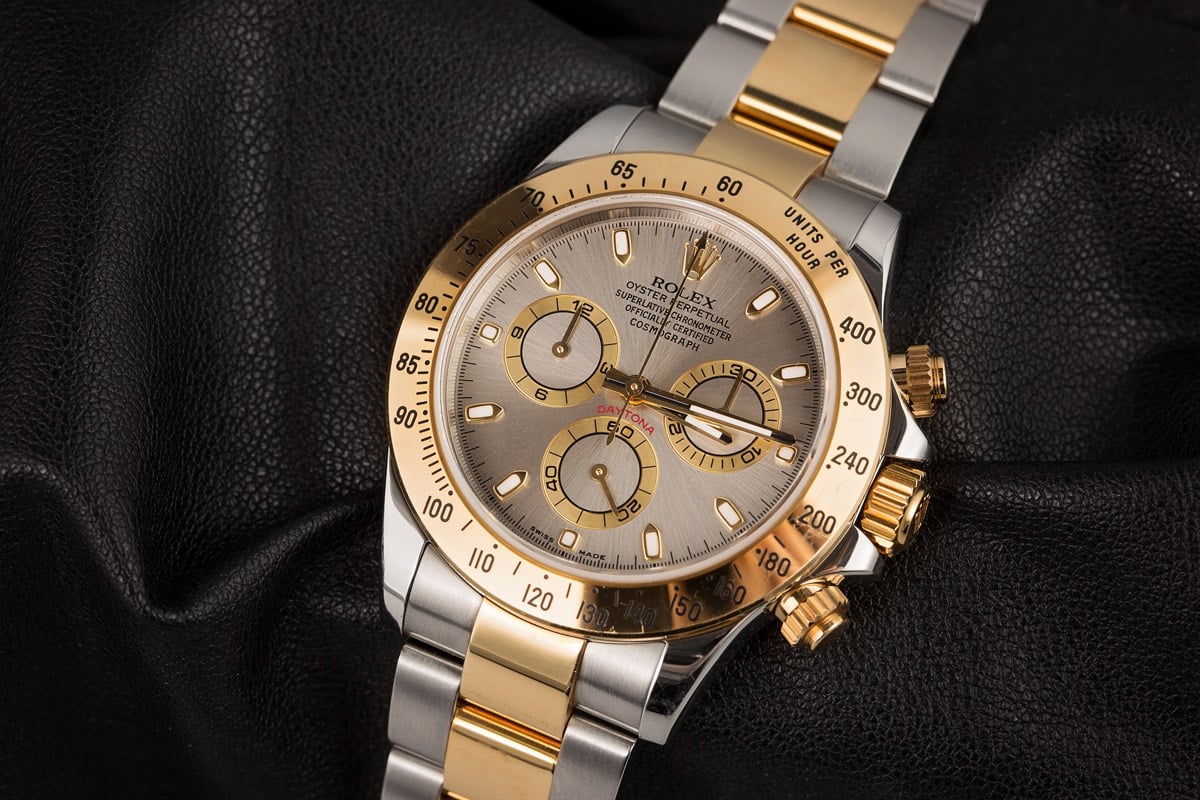 Do you enjoy the two-tone combination of steel and gold or a single material?

Today, you will find two-tone models (the name itself also a combination, taken from Rolex and the French word for gold; Or) across a wide range of different models in the catalog. While originally crafted using only yellow gold, which quickly became a signature look for the watchmaker, recent years have seen them open up the definition to include both white gold and Everose.

Yellow, White and Pink Rolesor, as they are known, are all permutations of the two metals, but their makeups differ slightly from one another. In its yellow and pink forms, the bezel and winding crown are forged from gold, along with the bracelet’s center links, with the middle case and outer bracelet consisting of stainless steel. These are the true two-tone watches. With the White Rolesor pieces, only the bezel is made from gold which, while similar in tone, has the unmistakable glow of precious metal against the brushed steel of the case.

One of the main reasons for the continued popularity of Rolesor as a design theme is its versatility. The blend is just as effectively used on a dress watch as it is with one of the professional sports models on which Rolex built their reputation.

The steel’s coldness is tempered by the warmth of its counterpart. Similarly, a piece that could look too ostentatious for some tastes crafted all in gold is brought back to earth by the inherent hardiness of steel.

Below, we’ll take a look at two examples from the current lineup that showcase Rolesor’s flexible nature—one, the latest version of the model that first brought the two-tone concept to the Rolex range; and the other, the brand’s most important tool watch, and the world’s favorite chronograph. 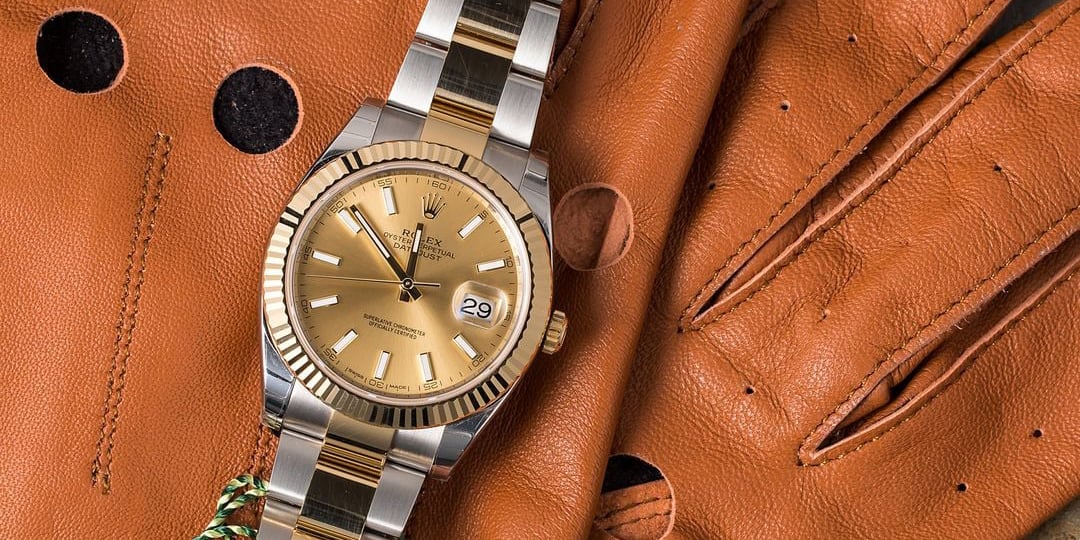 The Datejust is an iconic watch for its longstanding production and two-tone combinations.

The Datejust, released as the brand’s groundbreaking flagship in 1945, has long been Rolex’s vehicle of choice to unveil new developments and fresh ideas to an unsuspecting world.

Just three years after its launch, the first Rolesor version rolled out of the gates, the never-before-seen yellow and gold color scheme proving an instant hit and going a long way in securing the watch’s legendary status.

Fast forward to its now eighth decade in continuous production, and the modern day Datejust is available in a total of five sizes and roughly a bajillion different configurations. In amongst them are examples crafted in all three flavors of Rolesor—yellow, white and pink. 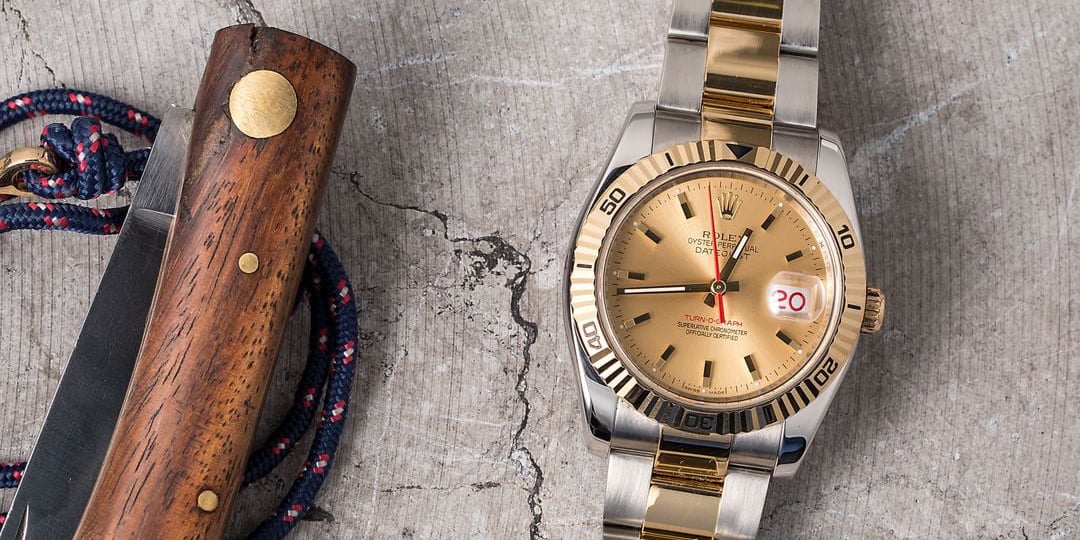 There are many Rolex watches that are two-tone.

It’s the yellow variant though that most exemplifies the spirit of the watch. Still unquestionably from the same DNA as that original from 70 years ago, the two-tone finish on the latest models manages to give a thoroughly contemporary watch a feeling of cozy familiarity.

The 41mm ref. 126333, especially, strides effortlessly between the past and the present. Introduced just last year, the trend for larger watches finally caught up with the venerable old war horse, and Rolex proved it could still party with the kids when needed.

Powered by the Cal. 3235, internally the latest Datejust is at the absolute leading edge of what is possible with a mechanical movement. Crammed full of the very latest technology, including a reworked and highly efficient new escapement dubbed the Chronergy, the next generation caliber has replaced more than 90% of the parts of its predecessor, the legendary Cal. 3135.

In its Rolesor livery, with both the flawless yellow gold and the insanely tough 904L steel forged by Rolex themselves in their own foundry, the Rolex Datejust ref. 126333 is the best of both worlds. It may have been the innovative young upstart on its release, the first automatic, waterproof watch to display the date, but it has matured and mellowed over the years to become the foundation of the Rolex fleet.

The Datejust is what you buy whether you are an avid collector of luxury timepieces or you want the one good watch that will outlive you and be passed down as a family heirloom. The model that introduced us to the versatility of Rolesor in the first place has always been, and still is, the only watch you’ll ever need. 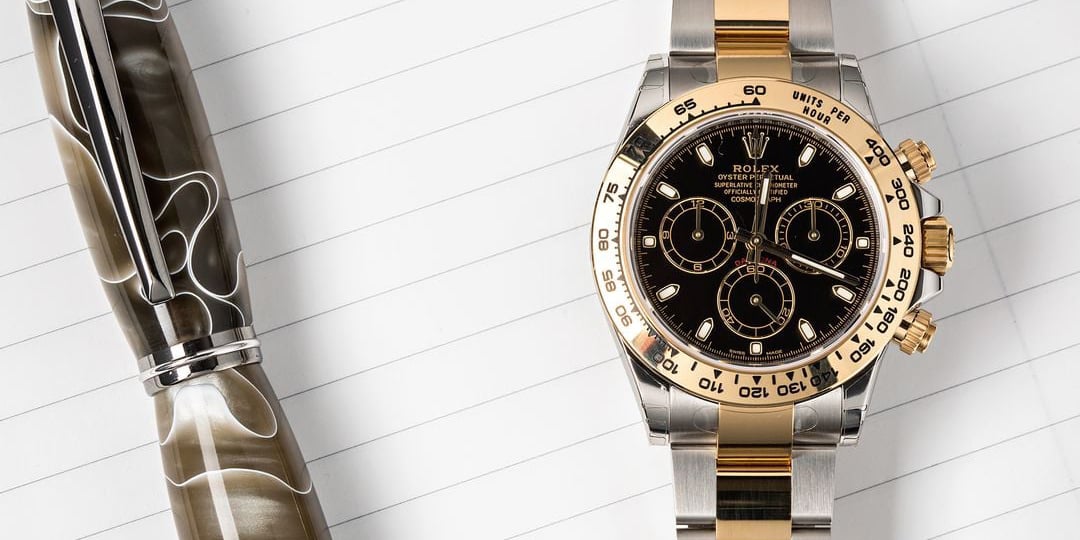 Dress watches are not the only ones that can rock a two-tone.

What is there left to say about the Daytona? What once represented the closest Rolex ever got to experiencing failure is now among the most desirable and unattainable watches in the world. Prices for vintage examples have reached incredible levels, with or without the association with Hollywood royalty, and you have about as much chance at getting your hands on brand new steel versions of the latest models as you have of being struck by lightning while buying a winning lottery ticket.

Rolex has never been behind the curve with releasing their ultimate chronograph, originally intended to endure the harshest treatment at the hands of professional racing drivers, in a series of precious metal versions. Since the late eighties, when the Daytona received its first automatic movement, it has been seen as much more of a statement piece than as a highly accurate tool for recording lap times.

While demand for the steel-cased, Cerachrom-bezeled new generation has outstripped supply by so much that waiting lists now stretch over the hill and far away, it’s the pricier gold and bi-color versions that are, ironically, easier to find.

The ref. 116503, a yellow Rolesor model available with seven different dial options, represents one of the more versatile, multitalented choices. The golden bezel and central bracelet links work particularly well set against the black, white and champagne color faces in keeping the overall look slightly more low key, even with the optional addition of diamond hour markers. For those looking to stand out a little more, light and dark gem set Mother of Pearl dials add some extra punch. 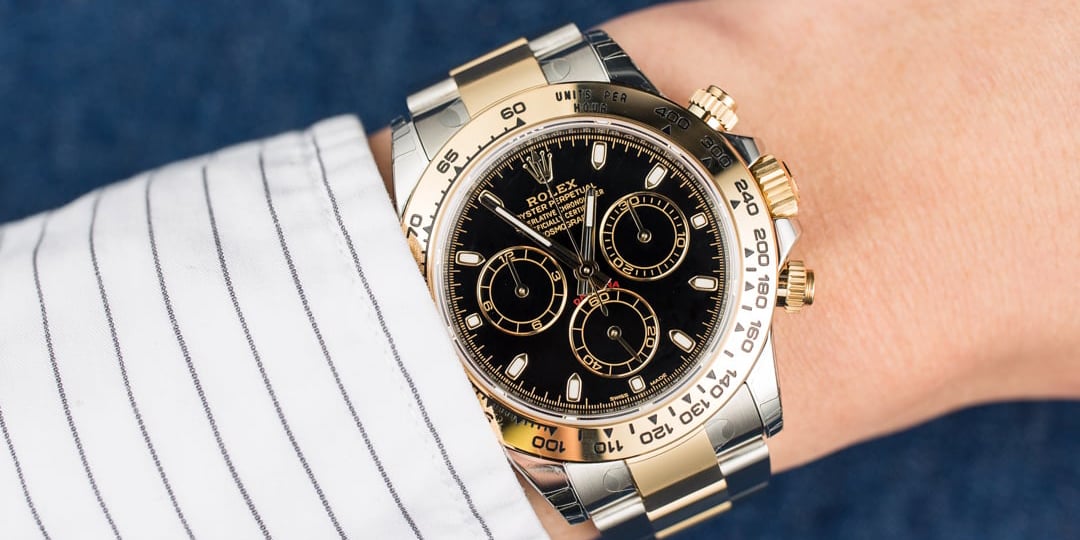 The Daytona 116503 is a fantastic watch that has a clean look. What are your thoughts on Rolesor?

However, there is no disguising that the Daytona is always going to be a sports watch, regardless of the fancy suits it’s taken to wearing. Powered by the Cal. 4130, something of a technical marvel in its own right, the Cosmograph is still the consummate performer it was intended to be. The movement’s vertical clutch eliminates backlash on the sub dial’s seconds hand and leaves it able to run for extended periods without affecting the accuracy of the chronometer. The engraved bezel makes it possible to measure speeds up to 400kph, and the screw down pushers have been engineered to suit the perfect finger pressure, for instantaneous starts and stops.

Now well into its half century, the Rolex Daytona remains the definitive chronograph from the world’s most famous watchmaker.

The twin tones of Rolesor have been with us now for several generations, providing a beautiful middle option between the full utilitarian and the outright opulent. While it could be argued that any of Rolex’s timeless designs, in any material, can be worn dressed up or down, it’s the ambidextrous nature of gold matched with steel that looks more fitting in more situations.

Check out the online store here at Bob’s Watches to find the ideal Rolesor piece for you.