For elegant and tasteful watches, it is hard to deny the appeal of Cartier’s offerings. From steadfast icons such as the Santos and the Tank to modern classics like the Ballon Bleu and the Drive, Cartier watches are synonymous with refinement. Yet, even among a sea of dapper watches, there are some that stand out as stars. Once such example is the Cartier Tank Americaine that we’re highlighting today. 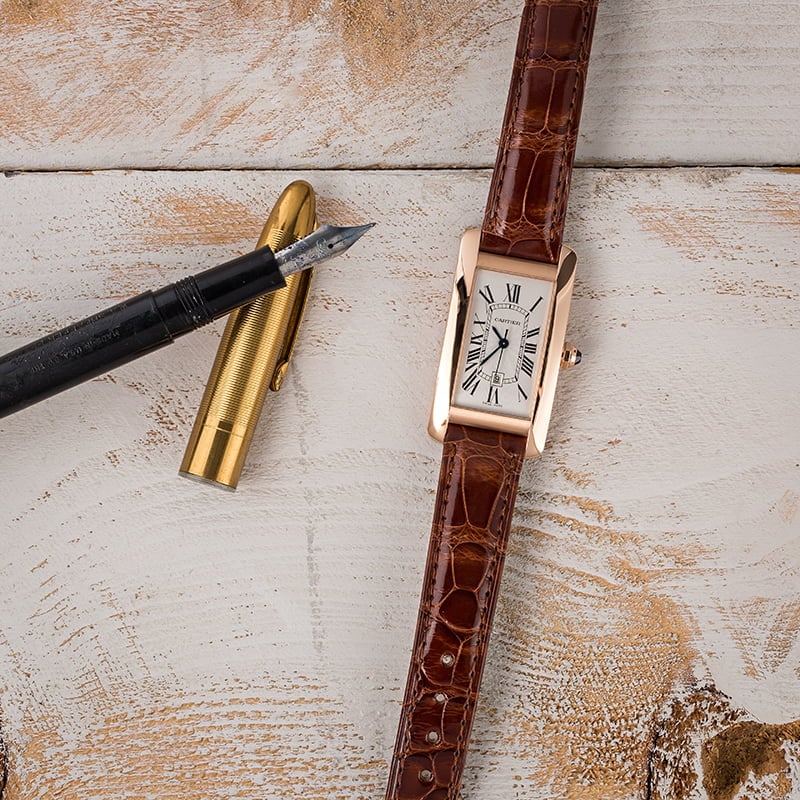 A Brief History of the Cartier Tank Americaine

Along with being one of Cartier’s oldest watch models (introduced in 1917), the Cartier Tank is also the brand’s most varied collection, with a host of different iterations appearing in the lineup over the last century. 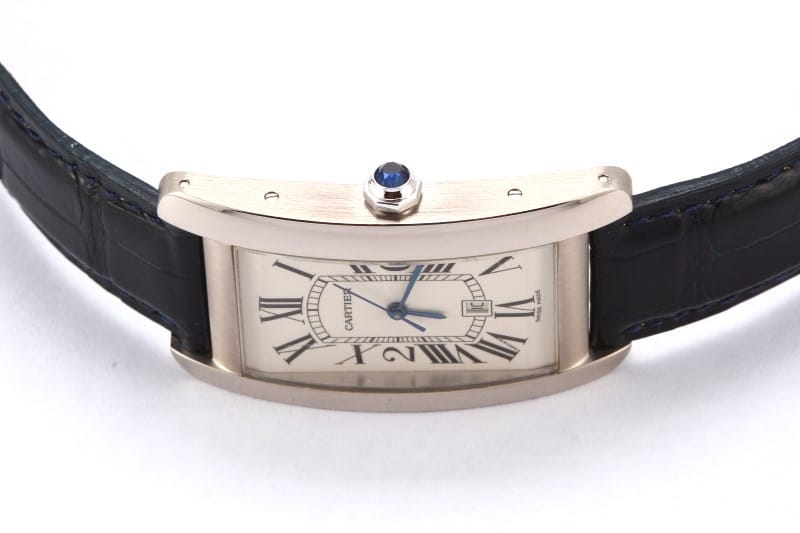 While the modern-day Tank Americaine made its debut 1989, the model actually takes plenty of inspiration from the 1921 Tank Cintrée, which is aptly named after the French word for “arched” or “curved.” However, although the Tank Americaine is elongated and curvy like the Tank Cintrée, the profile of the Americaine is not as severely arched as its predecessor, opting instead for a flatter caseback.

Up until last year when Cartier announced the first steel version of the Tank Americaine, the model was exclusively crafted in precious metals, prompting Cartier to claim that the “Tank Americaine watch is for connoisseurs only.” 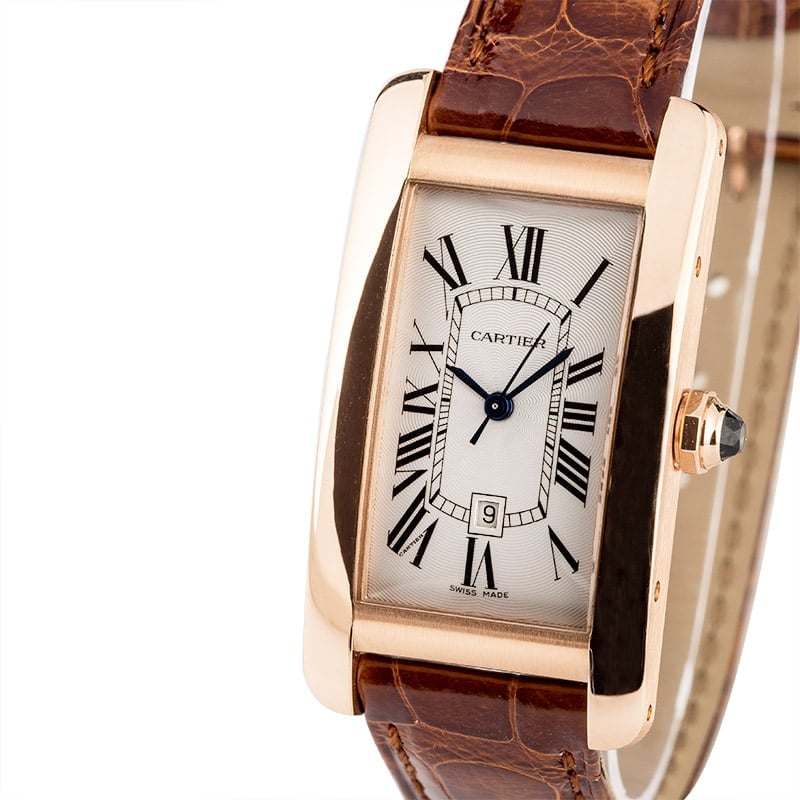 The Cartier Tank Americaine seamlessly combines both power and elegance in one timepiece. The elongated case boldly stretches across the wrist making its presence known if desired, while its svelte profile means it can be tucked under a shirt cuff when necessary.

The 18k gold case is equipped with Cartier’s signature eight-sided winding crown set with a blue sapphire cabochon. Moreover, the case, of course, features the Tank’s hallmark thick vertical borders framing the dial. Cartier officially refers to these borders as “brancards” and they were designed over 100 years ago to mimic the silhouette of military tank treads.

Contrasting with the gold case of the Tank Americaineis the silvered flinqué dial. And in true Cartier fashion, the dial features the familiar blued steel sword-shaped hands pointing to the classic black Roman numerals (note the “secret” Cartier signature incorporated into the VII). For added practicality, there’s also a discreet date window at 6 o’clock on this automatic Cartier watch.

Completing the look of the debonair Tank Americaine dress watch is an alligator strap fitted with an 18k gold tang buckle.

Inspired by a vintage watch yet built for the modern gentleman, it’s clear that the Cartier Tank Americaine makes a serious style statement.  If you enjoy a degree of formality from your timepiece, this is one to consider adding to your collection. 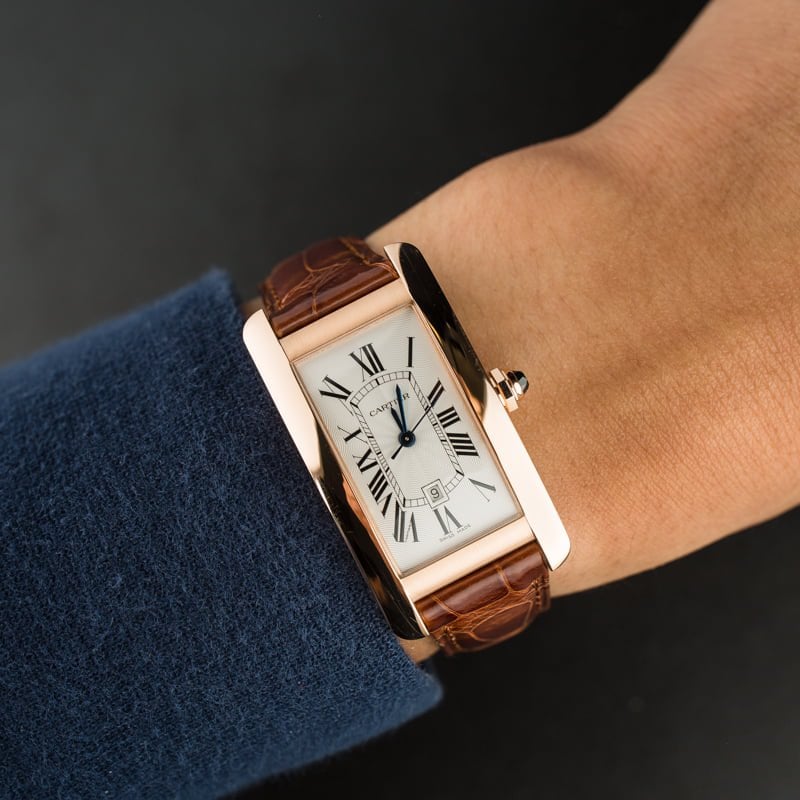