Say the word “Pepsi” to an average person and more likely than not, they’ll picture a can of the famous sugary soda. Say the same name to a watch enthusiast, however, and their first thought will have nothing to do with a drink. Rather, they’ll likely imagine the equally famous Rolex pilot’s watch with a bi-color bezel. We are of course talking about the GMT-Master II watch where “Pepsi” is the nickname given to the iconic blue and red bezel. 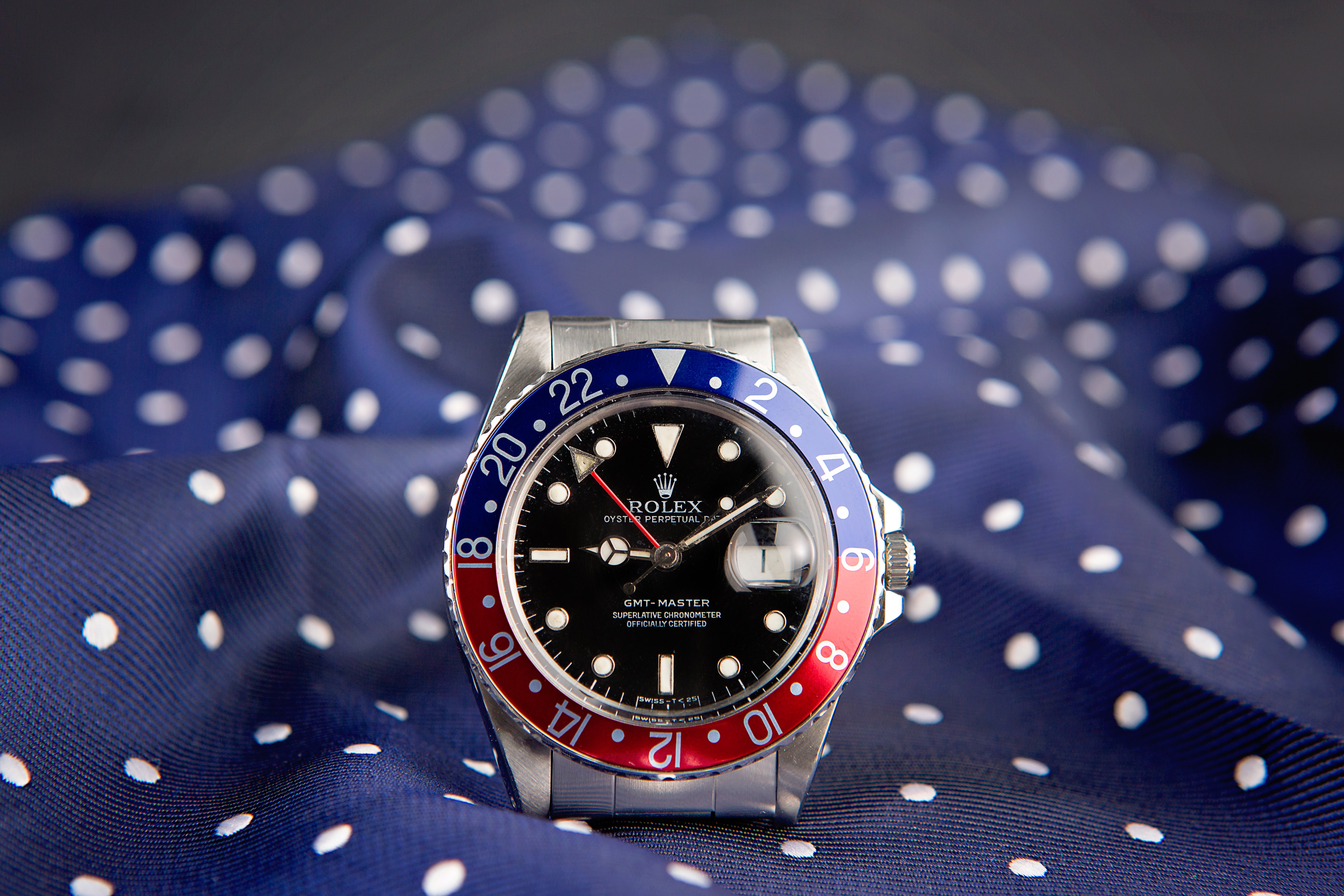 While we’ve been patiently hoping for a new stainless steel GMT-Master II Pepsi, Rolex’s current offering is a solid white gold model. That’s right, the latest iteration of the iconic GMT-Master originally made for Pan Am pilots to keep track of several time zones is now more luxury timepiece than tool watch.

From the 40mm Oyster case to the matching Oyster bracelet, the GMT-Master II ref. 116719BLRO is crafted almost entirely in 18k white gold. On the other hand, the older (and now discontinued) GMT-Master II ref. 16710 is built from the more rugged — and affordable — 904L stainless steel. Although on paper both models are 40mm, the white gold ref. 116719BLRO actually wears bigger thanks to the broader lugs and bulkier build. 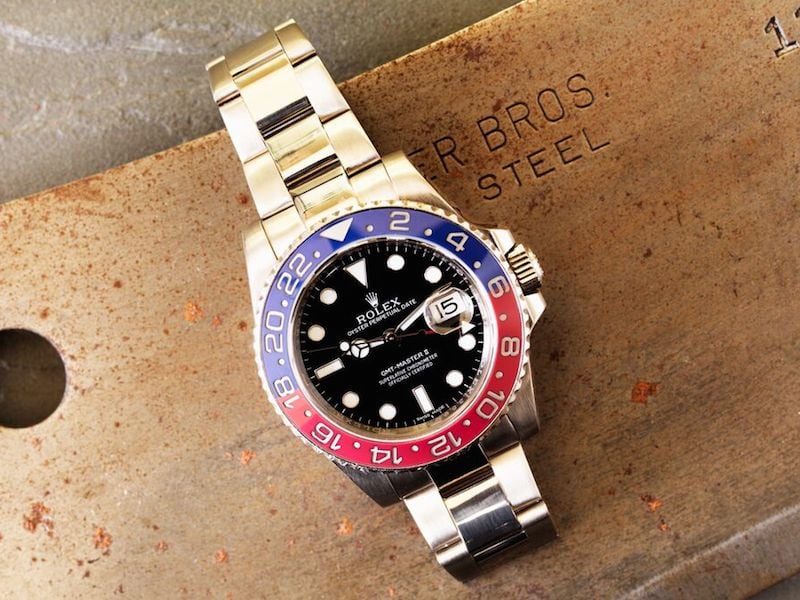 For legibility in the dark, the new GMT-Master II ref. 116719BLRO boasts the new Chromalight Display luminosity, which glows blue for up to eight hours. Conversely, during its 18 years of production, the older GMT-Master ref. 16710 underwent several luminescent material changes. First with Tritium, followed by Luminova, finally ending with SuperLuminova. 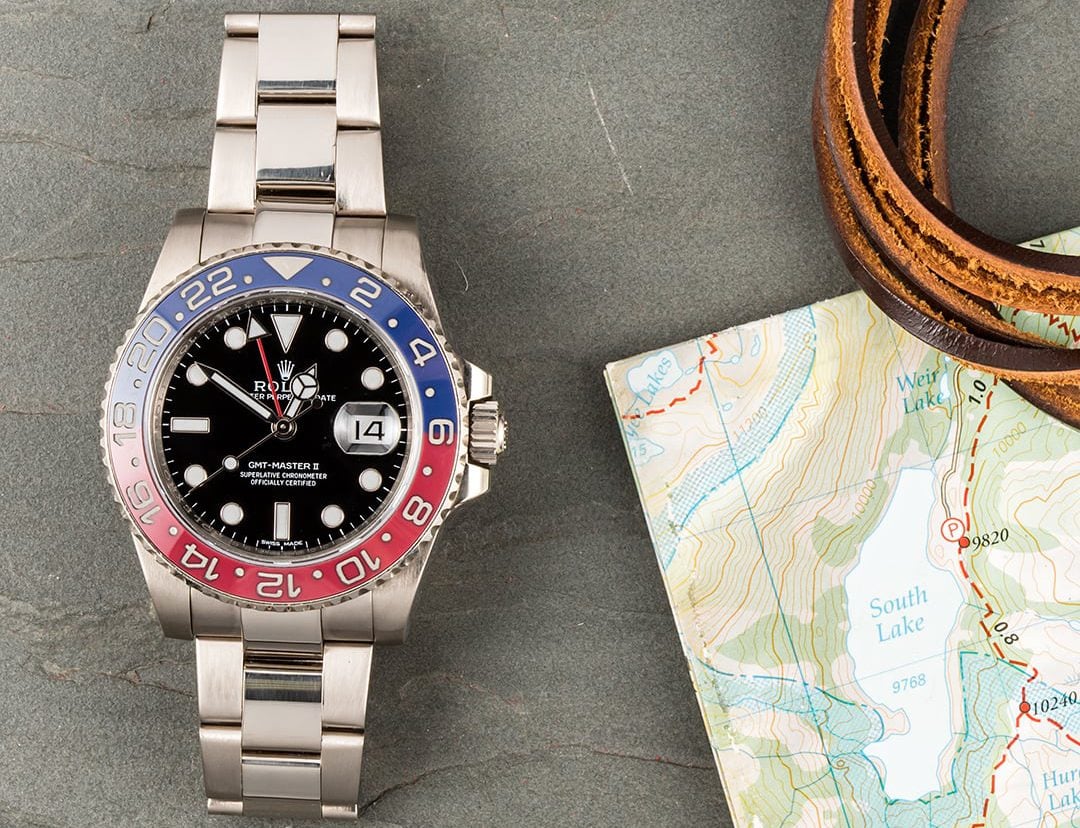 The practical appeal of the GMT-Master II is the watch’s ability to indicate three separate time zones. This is due to the rotating 24-hour marked bezel used in conjunction with the extra 24-hour hand. So, center hour and minute hands for local time, 24-hour hand for the second-time zone, and the appropriate clicks of the bezel for the third time zone. Plus, there’s also the date window.

The majority of GMT-Master II ref. 16710 watches ran on the Rolex Caliber 3185. The exception to this are the very last models produced in 2007, which had the Caliber 3186 beating at its core. As the newest generation of the Rolex GMT-Master II, powering the Pepsi ref. 116719BLRO is the Caliber 3186. This particular caliber includes a Parachrom hairspring for increased resilience to daily knocks and temperature swings. Both the old and the new GMT-Master II Pepsi offer about 48 hours of power reserve. 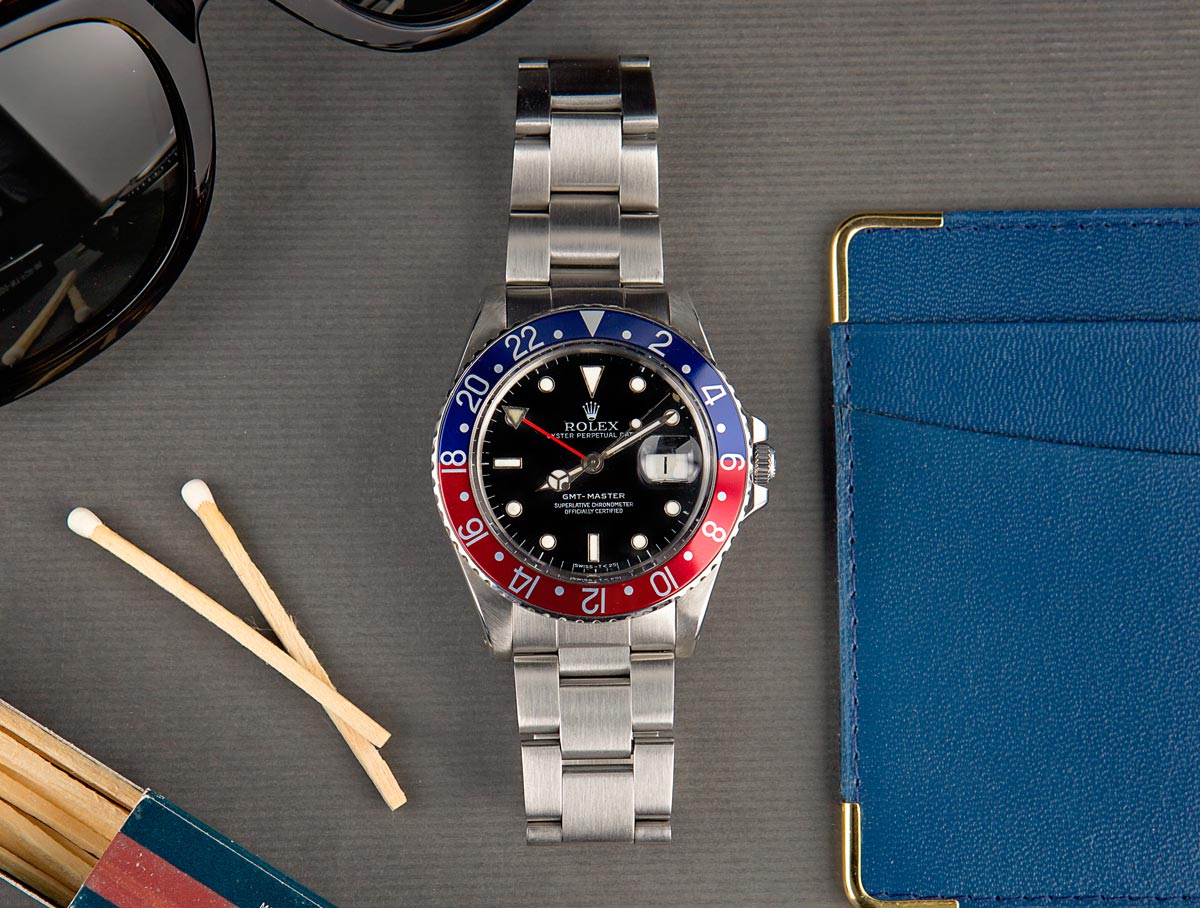 Whilst we’ve certainly highlighted many differences between the new and old GMT-Master II Pepsi, no difference is as great as their price tags. It’s about a $30,000 difference! The 18k white gold GMT-Master II ref. 116719BLRO retails for a hefty $38,250, while one can be picked up in the secondary market for about $27,000. Since the ref. 16710 is discontinued, it can only be found in the secondary market with an average price of around $8,000.

For those lucky enough to own a GMT-Master II Pepsi, whether in steel or in white gold, it’s often the favorite piece in a collection. And that’s not surprising considering its great looks, everyday practicality, and iconic status. The GMT-Master II red and blue Pepsi boasts a rich history and a bright future.