The world of horology is an exceptionally competitive environment, where only the best (or most strategic) brands survive - and two of the most popular luxury watch labels are Rolex and Omega. Many brands don't last the course because of a lack of marketing resources, and ultimately, if you don't have an audience you really haven't got a market.

Rolex and Omega are two of the most famous names in the entire watch industry and have been at the top for generations. For most people, these two brands represent success, good taste, and high quality. However, if this was a gladiatorial style battle, which company would come out on top? Here are some facts about both brands to consider when making this decision.

Omega was originally founded by Louis Brandt in 1848 and was officially renamed OMEGA in 1894. The company's headquarters are located in Bienne, Switzerland and are now owned by the Swatch Group. In contrast, Rolex is a privately owned business that was established several years later in London, England. The company was originally called Wilsdorf and Davis until 1908. After World War 1, the brand moved operations to Geneva, Switzerland.

Check out our full collection of OMEGA watches:

Check out our full selection of Rolex watches: 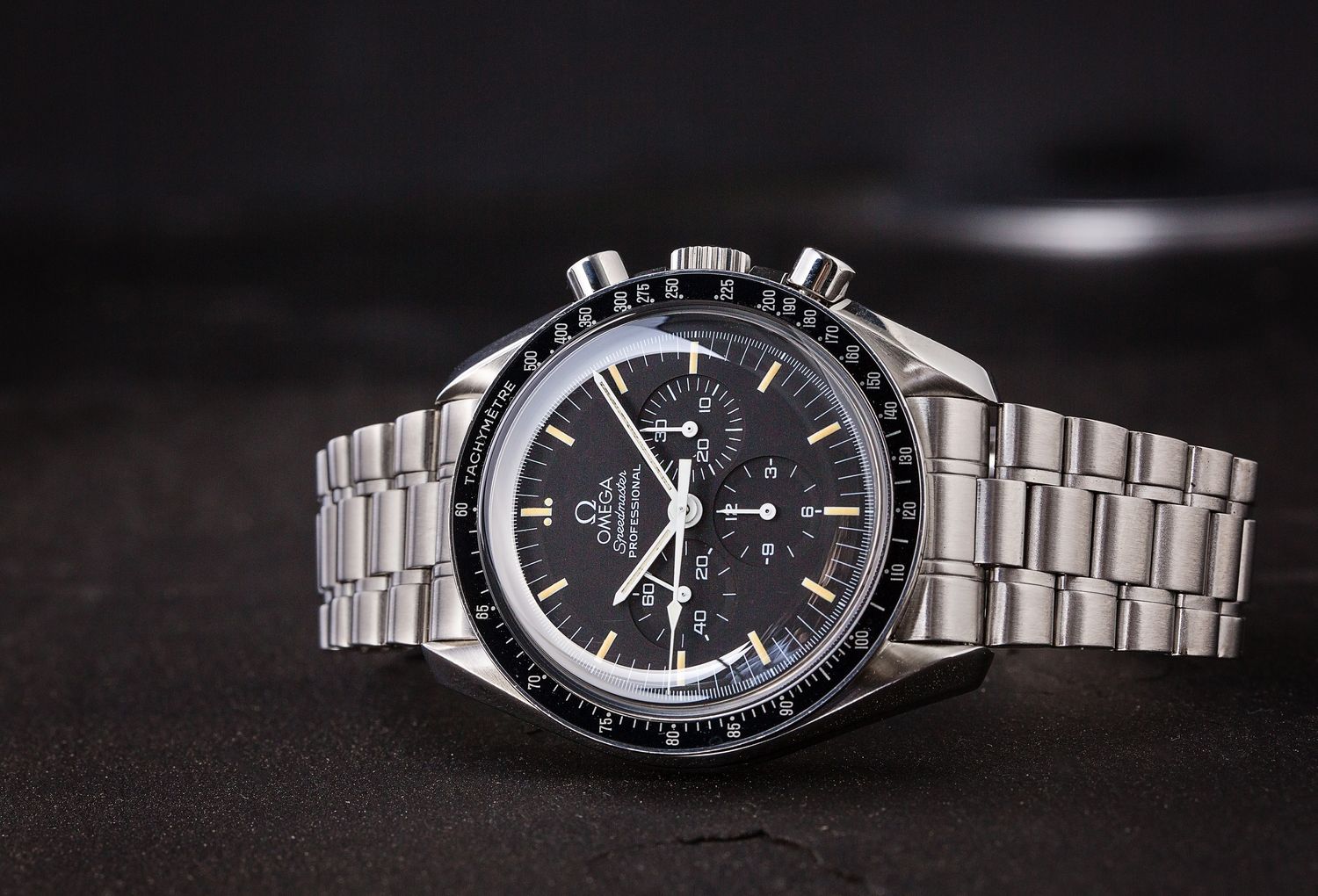 A dominant factor in the wristwatch industry is marketing and brand ambassadors. For years, Rolex was always an integral part of the various James Bond movies, and many collectors will always associate the iconic Rolex Submariner with Sean Connery's 007 from the original 1960s films.

In 1995, there was a change of the guard, and Omega won the sponsorship contract. However, even though Daniel Craig (the current James Bond) sports various Omega watches on-screen, he also owns several Rolex timepieces that he wears in his personal life. Both brands have many high profile ambassadors including George Clooney in the Omega corner and tennis legend Roger Federer for Rolex.

Both brands are heavily involved in sporting events, each with a hand in golf and sailing. Omega is the Official Timekeeper of the Olympics while Rolex is a major supporter of tennis and tennis ambassadors. What's more, Rolex is a main sponsor of top-notch motorsport events such as the Rolex 24 at Daytona and Formula 1.

In the world of horology, independent brands (as a whole) have been more adventurous than their corporate counterparts. I love eclectic oversized industrial-looking watches but appreciate that most people prefer a more traditional aesthetic. Generally speaking, with Rolex and Omega, you know what you're going to get. With the exception of different color bezels and dials, there are no real surprises.

Between the two brands, Omega has been a bit more experimental using modern materials like hi-tech ceramic and lightweight titanium for some of their Seamaster, Speedmaster, and Planet Ocean models. Dimensionally, they have also become bolder and produce cases measuring 45.5mm. Currently, the largest contemporary models that Rolex produces are the Deepsea Sea-Dweller and the Yacht-Master II, both of which have case diameters that measure 44mm.

Rolex and Omega are synonymous with producing durable watches that are engineered for performance. Both brands are constantly striving to break records and achieve new technical heights in watch technology. In 1960, Captain Don Walsh and Jacques Piccard reached a depth of 10,916 with the Rolex Deepsea Special strapped to the outside of their submarine. Rolex also created a production model called the Deepsea in 2008 that is waterproof to depths of 12,800 (3,900 meters).

With that in mind, Omega also boasts a remarkable history of conquering the depths of the ocean. In May 2019, Omega unveiled a concept timepiece called the Seamaster Planet Ocean Ultra Deep Professional. This watch recently beat Rolex's depth record by 12 meters (a total of 10,928 meters); however, it is certified to withstand depths of 15,000 meters.

What really separates Rolex and Omega from other mid-range luxury watch brands is the mechanical movements that power their watches. Even though Omega is owned by the Swatch group, its contemporary models are not powered by generic ETA movements. Instead, the brand has equipped its watches with sophisticated Co-Axial calibers, created entirely in-house.

Rolex also designs and manufactures all of its own mechanisms at its production facilities in Switzerland. Their various Rolex Oyster models have refined chronometer-certified Perpetual movements that are shock-resistant and designed with antimagnetic components.

In 2015, both brands unveiled new-generation movements. Omega announced the Master Chronometer series of movements, which are not only chronometer-certified by COSC but also certified by METAS. The Master Chronometer calibers are antimagnetic to 15,000 gauss. On the other hand, Rolex introduced the new Caliber 3255 movement and Caliber 3235, both of which offer improvements in precision, reliability, shock resistance, magnetic resistance, and an improved power reserve rating of 70 hours. 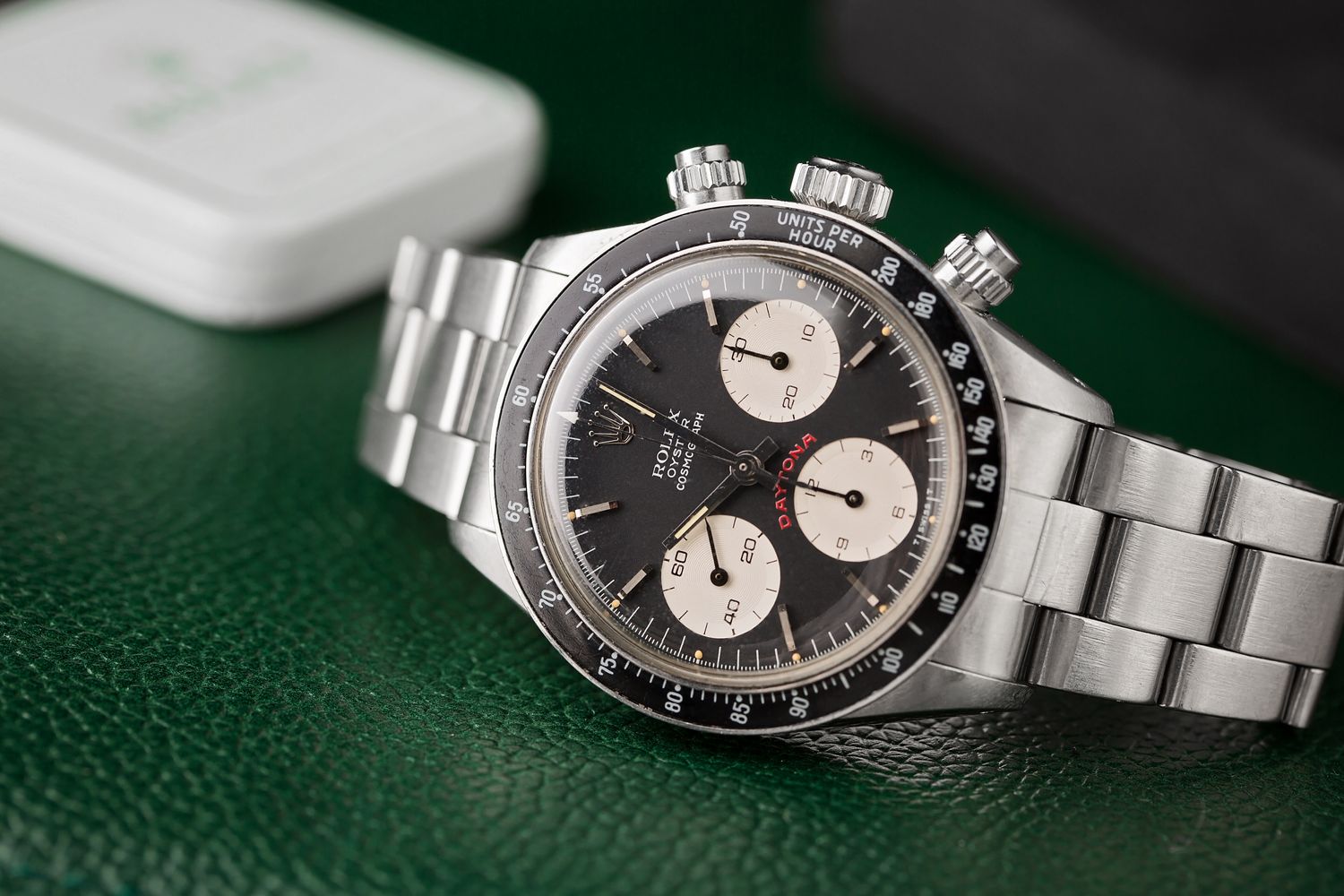 As two of the leading luxury watch brands, Rolex and Omega both have a slew of iconic watch designs to their name, ranging from everyday classics to formal dress watches to robust sports watches.

When it comes to versatile luxury watches that can be enjoyed just about every day, Omega offers the Seamaster Aqua Terra line and Rolex has the Oyster Perpetual Datejust collection. While the Datejust has been around much longer (since 1945) than the Aqua Terra (since 2002), both watch models offer straightforward time and date dials in a wide assortment of styles. Below is a brief comparison between Datejust and Aqua Terra watches for men currently in production. 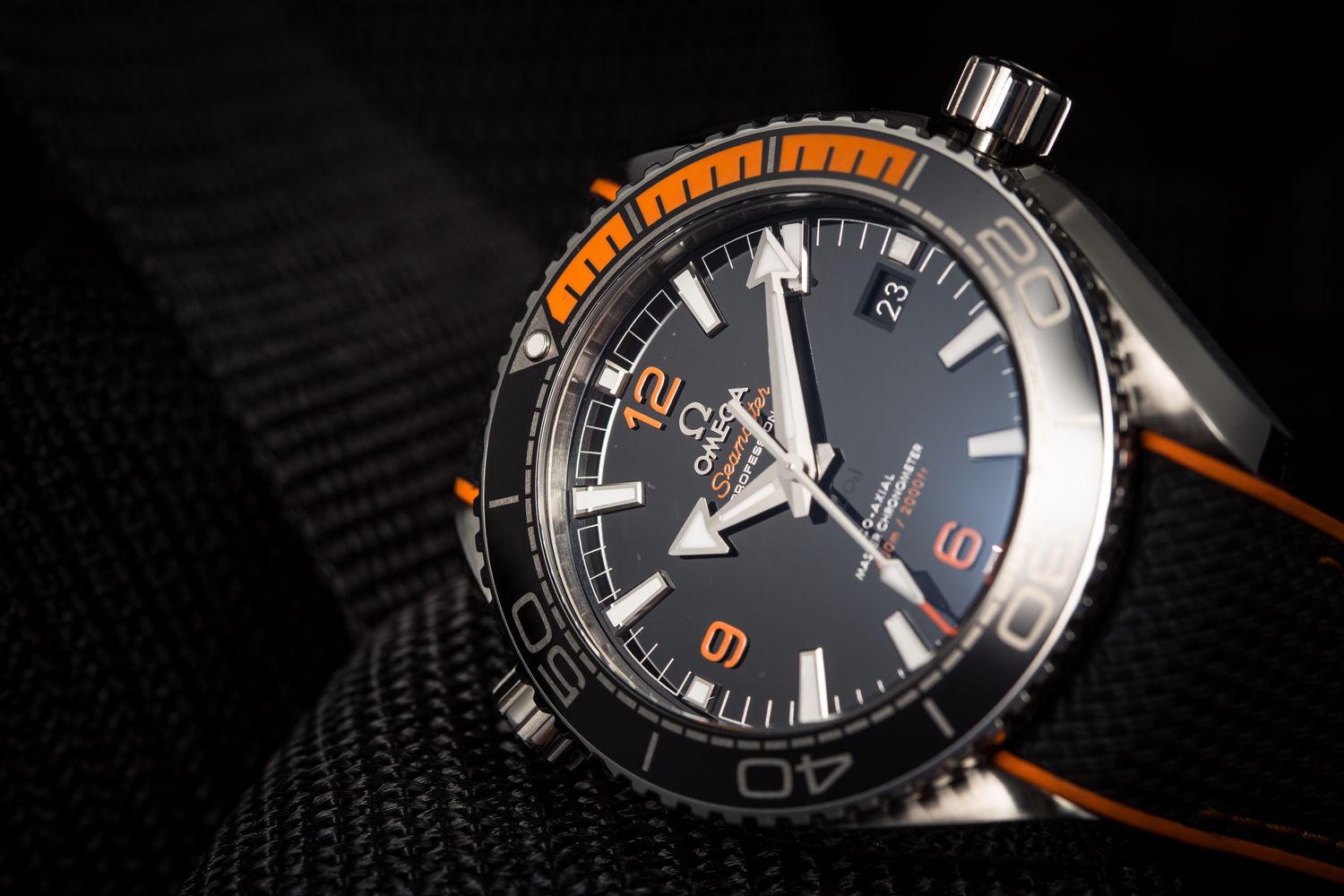 Omega and Rolex have been making diving watches since the 1950s and both brands have several divers in their respective catalogs. In the time-only diving watch space, Omega has the Seamaster 300 and Rolex has the (no-date) Submariner. Next in line are the dressier and date-equipped versions with the Rolex Submariner Date collection and the Omega Seamaster Diver 300M lineup.

For beefier diving watches with even more water resistance, there's the Sea-Dweller from Rolex and the Planet Ocean 600M by Omega. And if extreme dive watches are your thing, then both brands have those too in the form of the Rolex Deepsea and the Omega Ploprof 1200M. Below is a quick comparison between Omega diving watches and Rolex diving watches that part of the brands' current catalog.

Additionally, for more information about how to use a rotating timing bezel - the key feature that defines dive watches, check out our guide on How to Use the Rotating Timing Bezel right here. 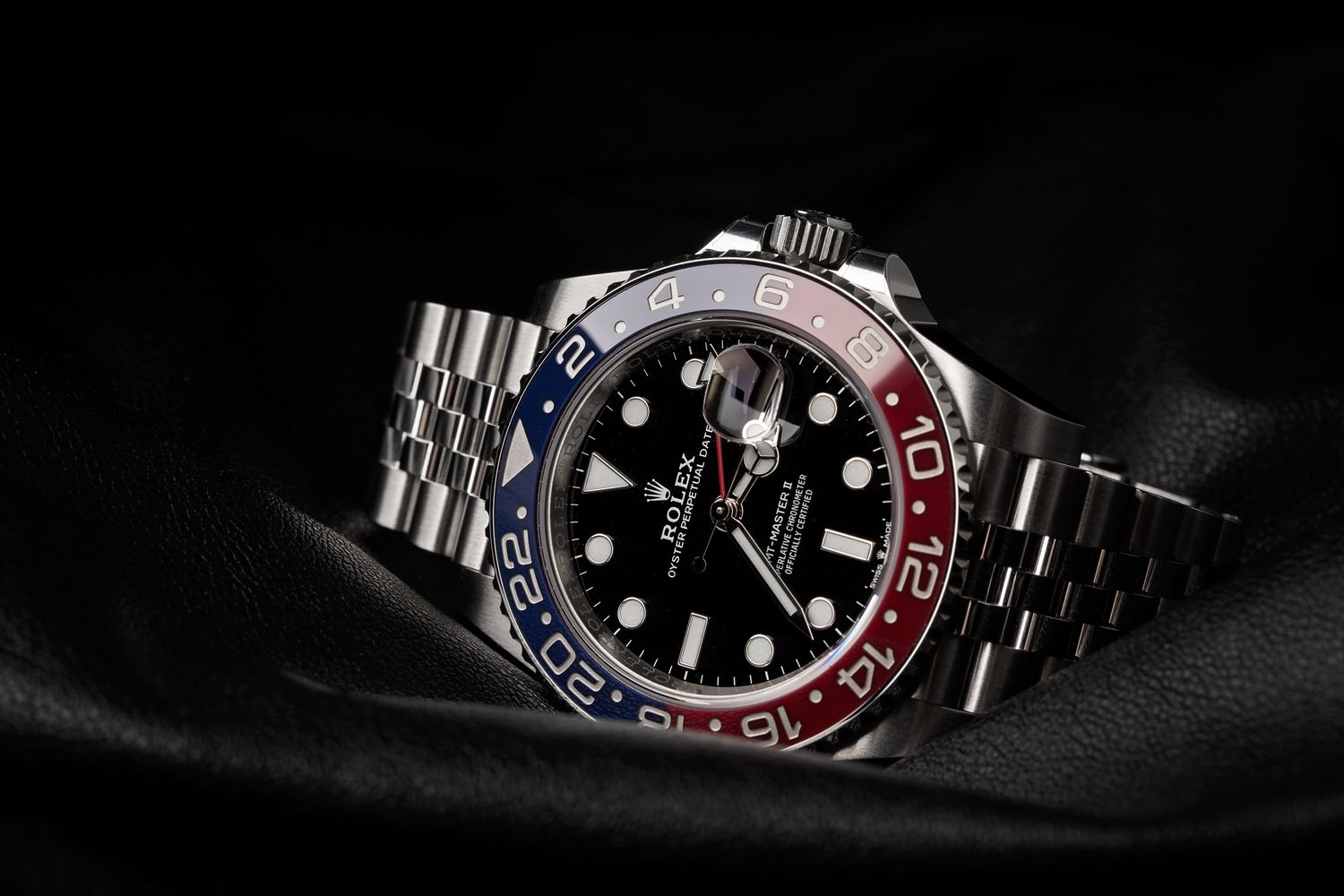 Omega's most famous chronograph model is of course the Speedmaster Professional “Moonwatch,” which is why it often gets compared to the Rolex Daytona. However, there's also the Speedmaster Racing, which shares a few comparable specs with the Daytona. 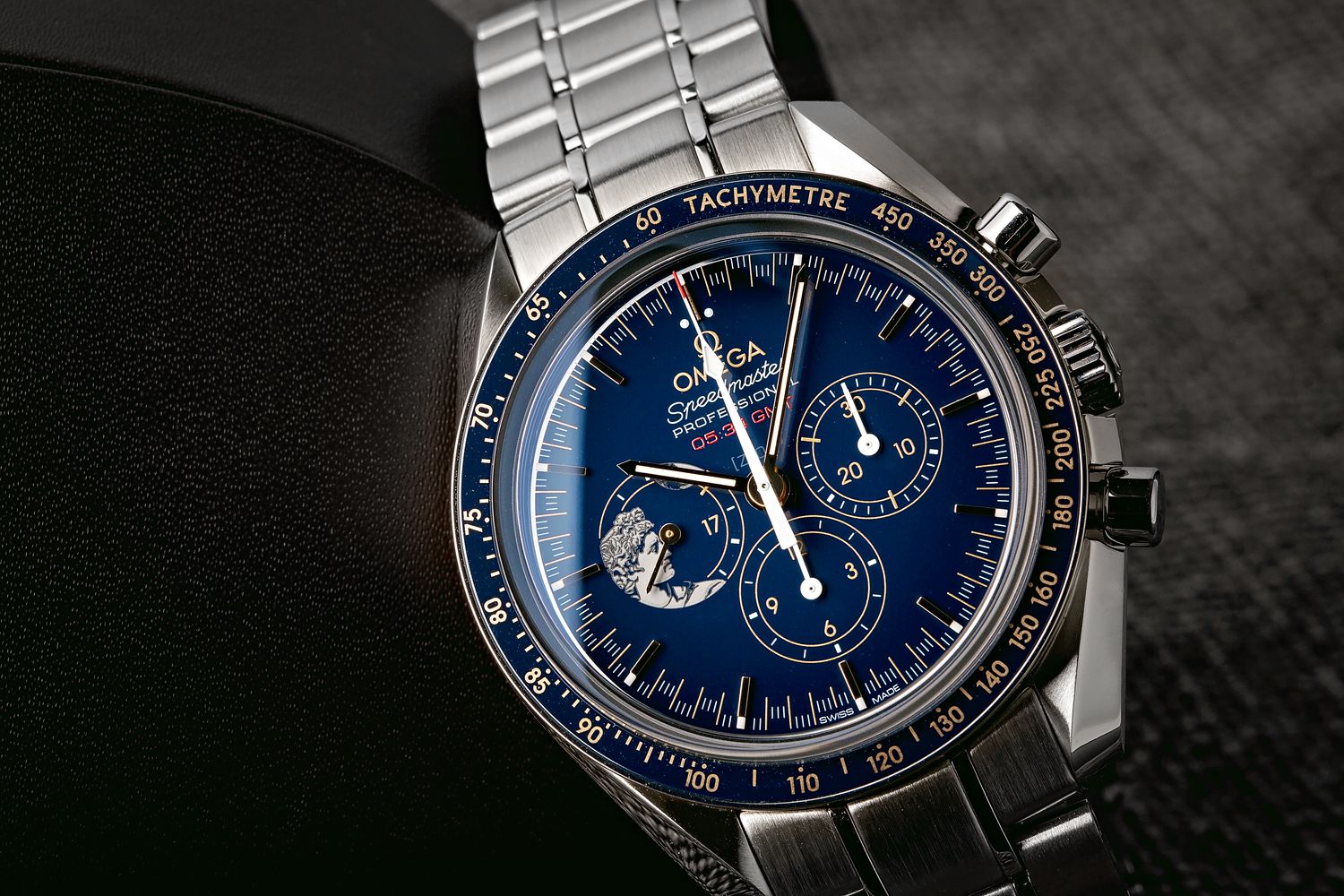 While there are several dress watch options from both brands, this is probably where Rolex and Omega differ the most in terms of overall aesthetics. For instance, except for the steel and two-tone Sky-Dwellers, Rolex exclusively crafts its dress watches from precious metals while Omega frequently offers more affordable steel versions across most of its collections - including dressier watch models.

From Rolex, there's the classical Cellini line, available in various models including time-only, date, dual time, and moon phase. For the ultimate statement watch, there's of course the famed Rolex Day-Date President with the double calendar dial and President bracelet with half-moon links. Finally, there's also the larger and more complex Sky-Dweller, which is not only an annual calendar but also includes a GMT complication.

In the 1950s, both Rolex and Omega released antimagnetic watches to serve the flourishing scientific community. Rolex introduced the Milgauss in 1956 and Omega introduced the Railmaster in 1957 - and both models are still a part of the brands' current catalogs. 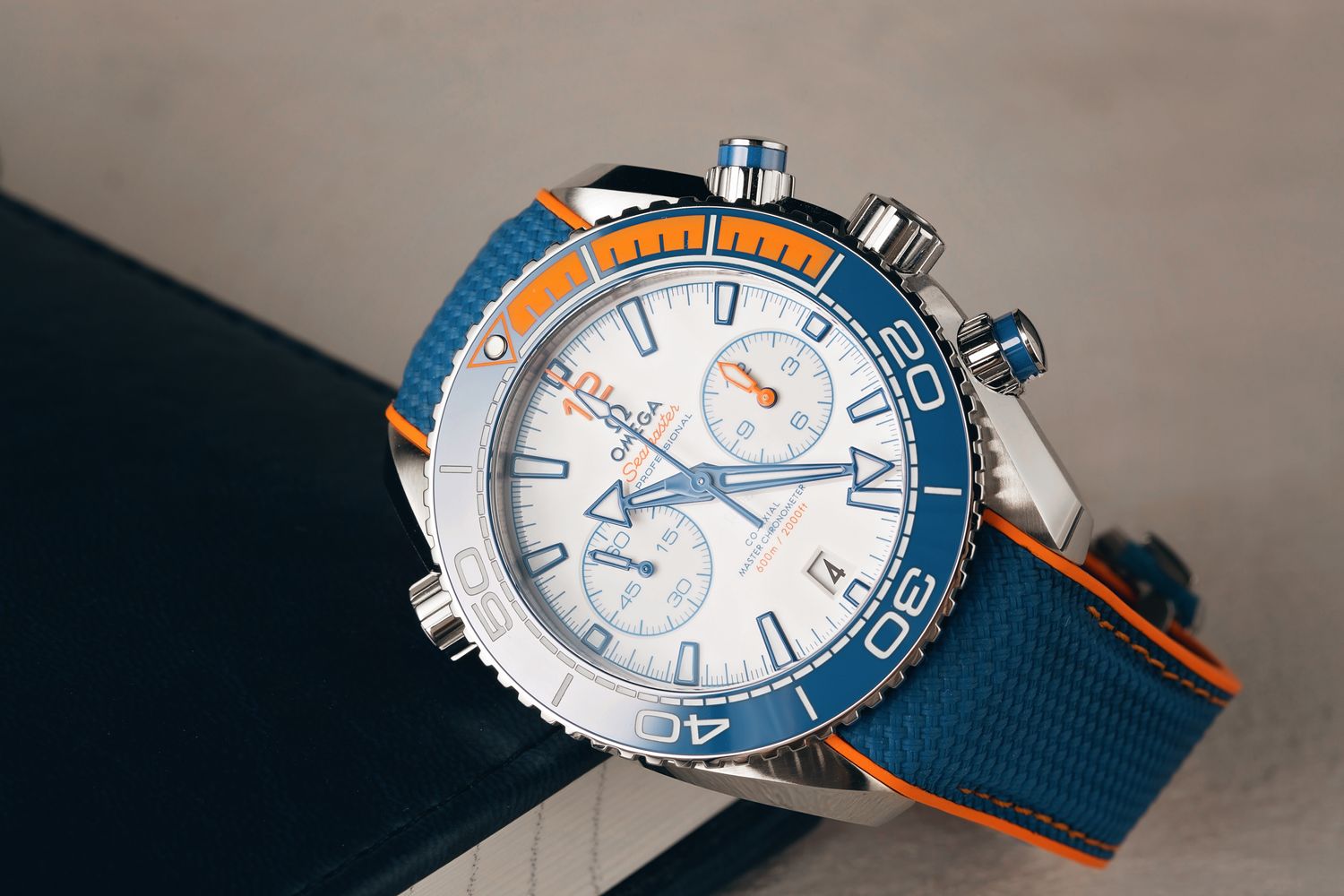 Both Rolex and Omega are prestigious watch brands that will undoubtedly appeal to a broad demographic. Ultimately, the final choice will come down to personal taste and brand loyalty. When it comes to overall quality, functionality, and design, there is very little that separates both companies.

However, there are many collectors that feel Rolex slightly has the edge, especially when it comes to holding value and achieving high prices at auctions. The most expensive Omega watch (Stainless Steel Tourbillon 301) was sold in 2017 for $1.43 million. In contrast, Rolex has achieved much higher prices including $17.75 million in the same year for Paul Newman's very own, reference 6239 Paul Newman Daytona.

With all of that being said, when choosing between Rolex and Omega, there is truly no wrong choice. Both legendary manufacturers produce high-end luxury watches that are built last multiple lifetimes. While Rolex and Omega are very different brands and produce very different watches, any model you choose will be among the finest timepieces available. What is really most important when choosing between these two historic Swiss manufacturers is to find a model that makes you happy. 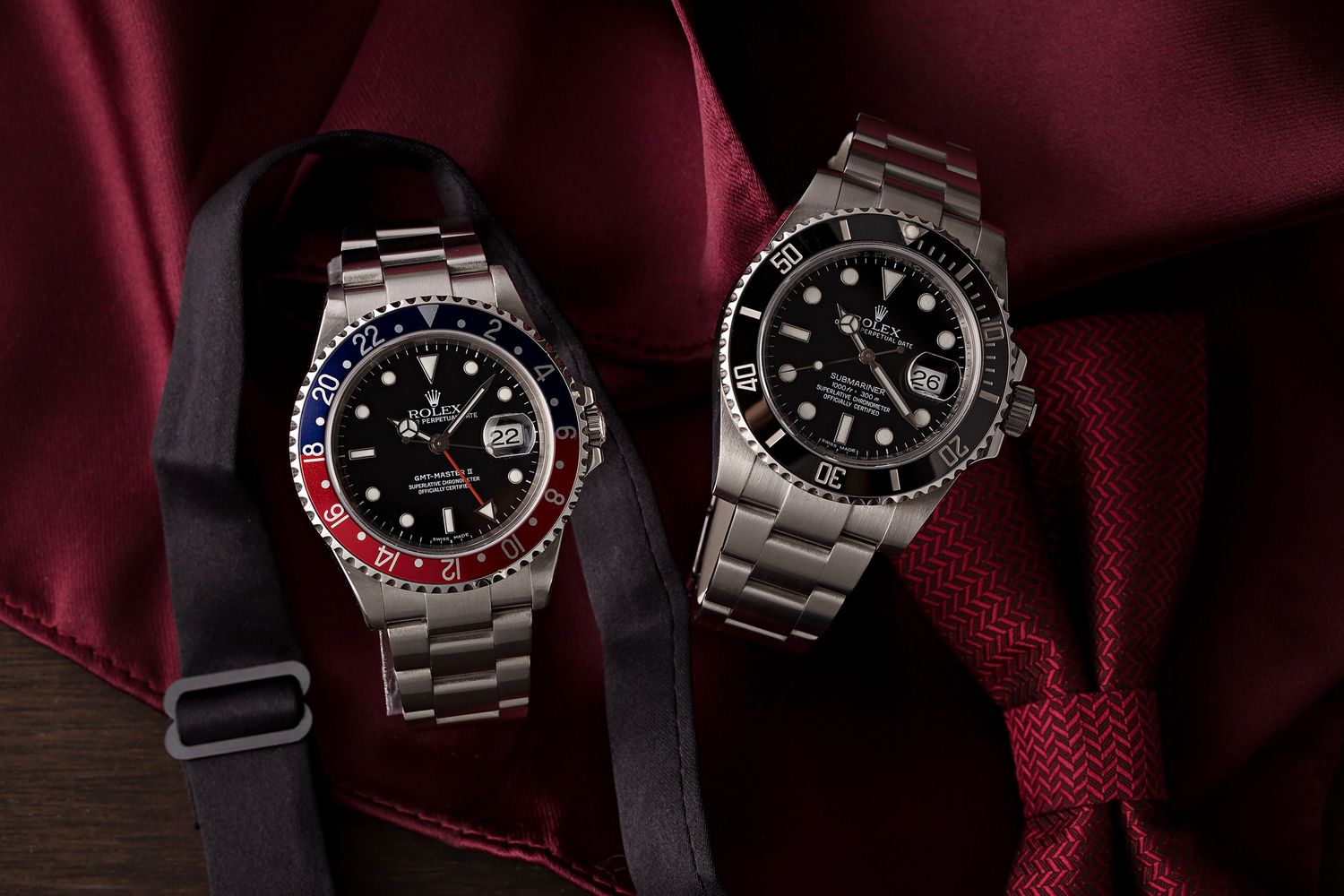